Comics: a place to start

Although I've always read comics, it's only recently that I've really begun to explore the medium further and began amassing a cool collection in the process. I've had a lot of problems with where to start, while there are a lot of lists out there, they don't really offer much diversity in terms of genre: I think it's relatively easy to know where to begin with superhero comics.
However, in making a list of ten books for people who are just strting, or wanting to start, reading comics, my criteria was fairly simple.It doesn't matter whether it's a series or a stand-alone and subject matter and genre are irrelevant as long as the story is interesting. Which is what we ask of any good book, surely. So, in no particular order: 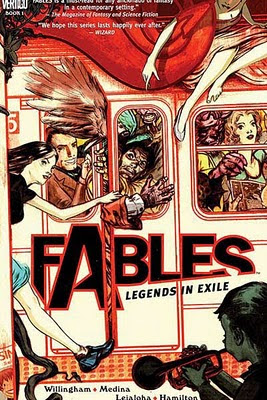 1) Fables
The basic premise for this is that there has been a war in the land where all the fairytale characters live, thus forcing many of them to leave their land and live in a magically disguised corner of New York called Fabletown. The story revolves around the fables' attempt to discover who the nameless Adversary who has taken over their land is. For me, what makes this series brilliant, apart from consistently great writing and art, is the attention to detail. Prince Charming is a playboy who lists Cinderella, Snow White and Sleeping Beauty amongst his ex-wives. The Beast is a normal man who turns into a beast only whenever his wife Beauty is upset with him. All these nuances are not only interpreted really well but also work to enhance the story. I really can't recommend it enough. 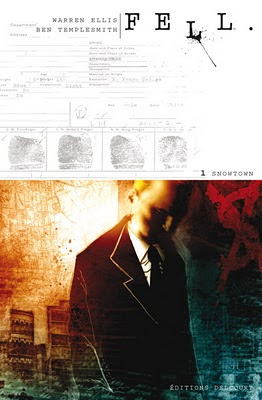 2) Fell
Richard Fell is a detective who has been transferred over the bridge from the big city to a dreary town called Snowtown. Snowtown is a weird, feral place with strange goings on and only three and a half of a police force to deal with them (the forth having no legs). In dealing with the cases he is assigned, Fell soon finds that this is a place and residents like no other. Ben Templesmith's art really contributes to the overall bleak noirish tone. 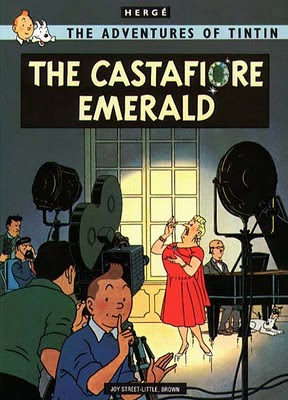 3) Tintin
Tintin was the first comic I've ever read and it's still incredibly popular today. So much so that Steven Spielberg decided to make a film of it, which is good. It's made in motion capture, which is not so good. The film comes out later this year so we'll have to see how it turns out, but the books are a great introduction to comics; easy to follow and get into. I think one of the things that makes Tintin so enduring is that the characters are so memorable- the hapless identical twin detectives, Thompson and Thompson (like bowler-hatted Chuckle brothers), the gnarly Captain Haddock, even Snowy the dog, whose thoughts we can read and is quite fond of a tipple. 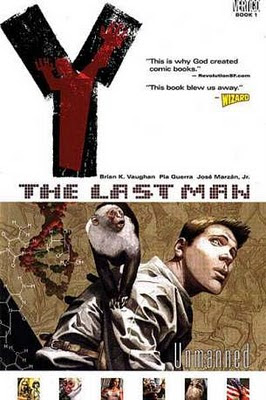 A plague wipes out all the males on Earth, including animals, apart from Yorrick Brown and his male monkey Ampersand. Far from being in a male fantasy, Yorrick finds himself the target of all sorts of groups for various purposes. This series has had loads of praise heaped on it, and I have to admit when I first started it, I was a bit dubious. But its smart, funny, topical and perfectly paced. There's 10 volumes in all and each one is fantastic. The ending is great, neither cliched or sentimental yet satisfying. Definitely one of the best comics I've read. 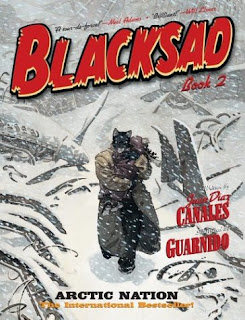 5) Blacksad
Blacksad is one cool cat. He's also a private detective, complete with obligatory trench coat, cigarette and sarcasm. There's four Blacksad books to date and in each one he deals with a different case. Translated from Spanish, the art in these books is unlike anything I've seen, absolutely amazing. 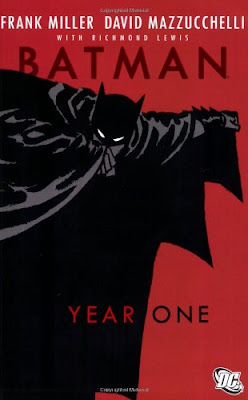 6) Batman: Year One
It was never going to happen. I can't have an introduction to comics and not have at least a couple of Batman titles on it. Quite simply, this is the definitive beginning of the Dark Knight where you find out how he became Batman. If you want somewhere to start with Batman or comics, this is it. 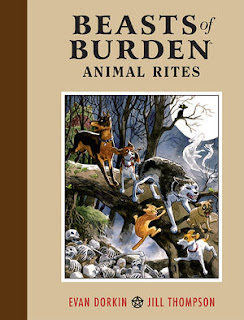 7) Beasts of Burden
I'm becoming of the opinion that the best comics have an animal cast. If they're all of this quality, then that's fine by me. Pugs, Ace, Red, Whitey, Jack and the Orphan are a group of dogs who live on Burden Hill. The Orphan is actually a cat, but the dogs have granted her honorary status. When spooky things begin happening, the dogs decide to investigate. I picked this up to read during a lunch break at work, really not expecting much of it, and it was a great surprise to read something so funny and poignant. Can't wait for the second one to come out. 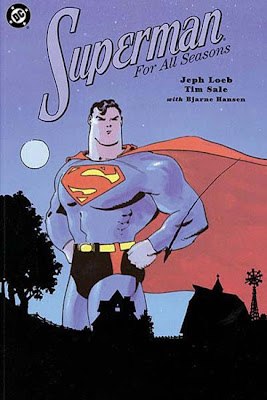 8 ) Superman for All Seasons
I'm not a Superman fan, but there are some stories that I really enjoy, like this one. There are four mini narrations in this book, each told from the viewpoint of someone who is important to Superman: his father, Lois Lane, Lex Luthor and Lana Lang. It sounds a little gimmicky, but it's really well done and the art is beautiful. 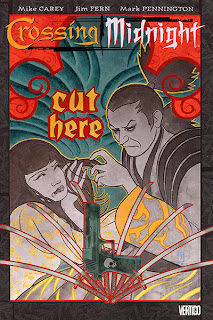 9) Crossing Midnight
I came across this when somebody donated a load of comics to the library (apparently he used to review them for a publication). Twins Toshi and Kai Hara are born either side of midnight. At a young age, they discover that Toshi is immune to harm. The twins decide to keep Toshi's invulnerability a secret, but when his sister is taken by a menacing figure, Kai sets off to save her. 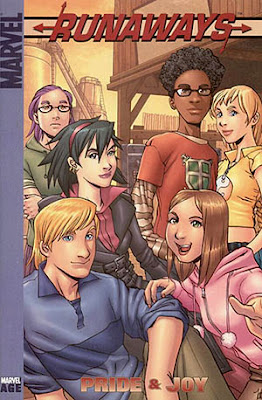 10) Runaways
And a Marvel publication! Ho, ho! I think this is a great beginner's comic. A group of kids learn that their parents are actually super villains and go on the run from them. This is Marvel, so they do bump into Spidey and Stark (OBVIOUSLY), but it's funny and accessible.
Posted by Zainab at 00:49