Got the fourth volume of The Boys in the post today, how cool is this cover: 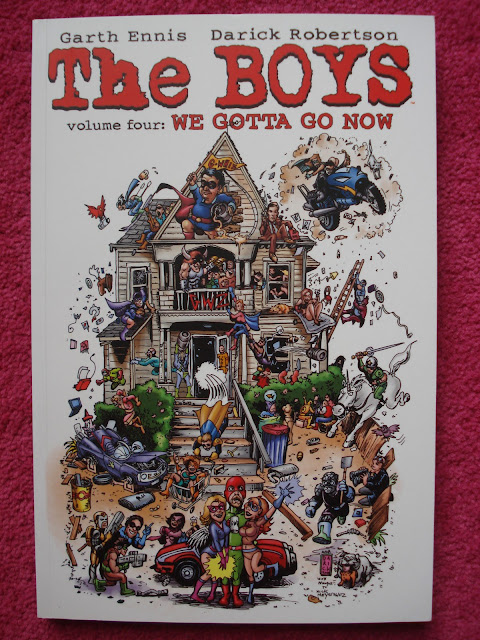 For the newly initiated, The Boys is about a group of 5 individuals who are secretly employed by a branch of the US government to 'take care' of situations involving the capes and tights crew, in a world where superheroes are prevelant. There are also running narratives about personal motivations, secrets and hidden relationships.
I've been reading reports that Adam Mckay (The Other Guys, Anchorman)﻿ wants to direct an adaptation of The Boys, while Hollywood's penchant for turning comics into movies is still riding high. It's all in very, very, early stages, but McKay has said he's talked to Russell Crowe about playing Billy Butcher (Gerard Butler, anyone?). I'm still waiting to see a good bad superhero movie; Hancock started promisingly then just veered off into the crazy. Personally, I'd be surprised if The Boys movie ever comes to light. The comics are just too graphic and unless they seriously diluted it (thus changing it into something else completely), it seems unlikely that a studio would invest big money into a film like that.  Having said that, the casting of Hughie is one problem Mckay won't have: 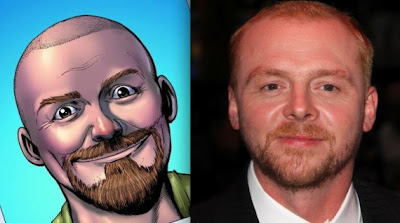 I mean, of all the people to base a comic character on- Simon Pegg?!
Posted by Zainab at 21:37