WestEnd Theatre have put up a tv advert on Youtube for the upcoming Batman Live shows and I gotta say, it looks really good. So glad I have tickets!
Also, the first image of Tom Hardy getting his Bronson on as Bane in The Dark Knight Rises has hit the web after an elaborate viral cipher was cracked. I have no qualm with the image, but I'm sick to my back teeth of the whole viral campaign thing. The slow yet somehow relentless drip-feeding of images, news and then trailer after bloody trailer is just incredibly annoying. By the time the movie actually releases, I've been through the anticipatory stages and back and feel I've seen most of it anyway. I'm going to try and avoid it if I can. Regarding the image itself, from what you can see- the mask and his physique, he looks fine. Obviously Nolan decided against having Bane's face fully covered in a skull-mask as he usually does in the comics, which is understandable. Picture below: 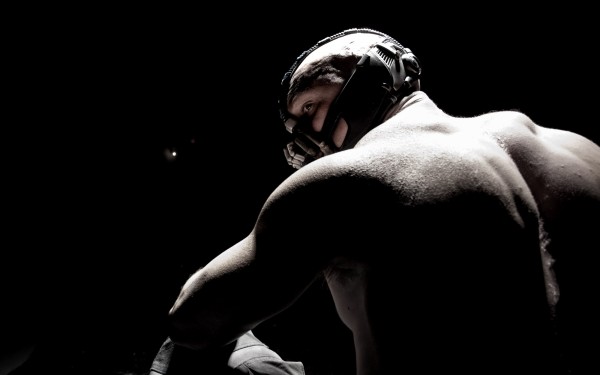