"Comics will be the culture of the year 3794." -Salvador Dali 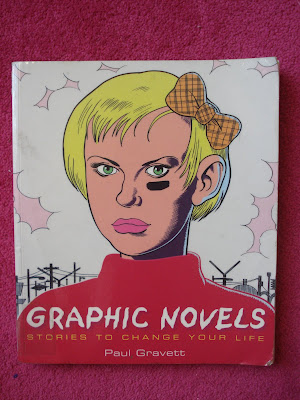 I ordered this book from the library because I always find it pretty interesting to see which titles are included in these best of compilations. I'm not one of those people who firmly believes that certain literature is classic and a must-read, in many instances I've picked up a book because I felt I should have read it- Catcher In the Rye, for example- and thought it was really nothing special. Ironically, a large proportion of the disappointment encountered when reading books like that comes from texpectaion garnered from their reputation It's all very subjective, but if nothing else, these anthologies introduce me to books I wouldn't even know existed otherwise. 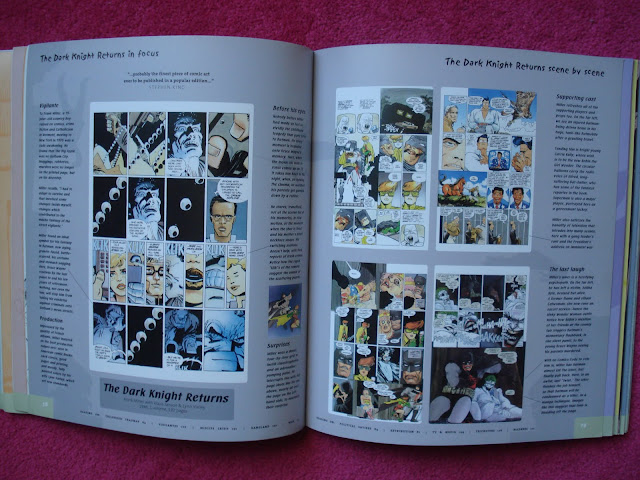 I thought the format of this was pretty good- it gives you an indepth analysis of the comic with annotated reproductions of a few pages so you get to see what the art is like too. It then goes on to feature more books that are similar in subject to the one listed- a sort of  'if you liked this, you may like', which is rather helpful. 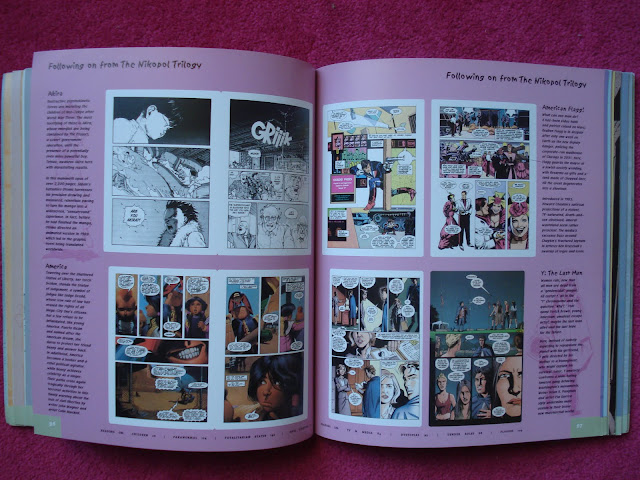 So I've managed to glean a few comics that I'd like to read from it (a couple of which I've been meaning to get but not got around to):
-And may I just add, not a single Batman title in sight. How proud.