I had actually prepared a a review of a manga book to post today, after spending a lot of time yesterday writing it. I log onto Blogger today and it is GONE. Pissed about covers it. Too tired to re-write it today, so posting puff piece below which I had written earlier.

I have only read Green Lantern: Rebirth and Recharge out of the whole mythos but I already have a favourite lantern- Kilowog.  He's the last of his race and his main job in the Corps is to train new recruits. He's a smart guy but mainly he likes hitting stuff, preferably people- just  like me! He also addresses people as 'poozer' which I shall begin doing immediately. 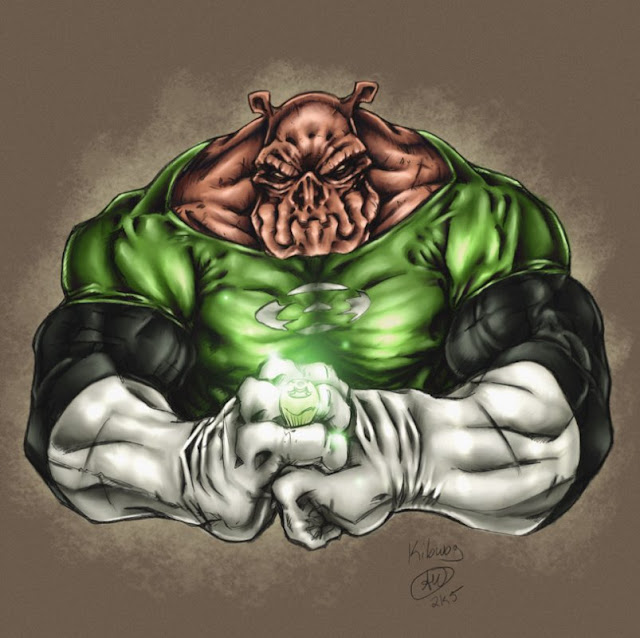 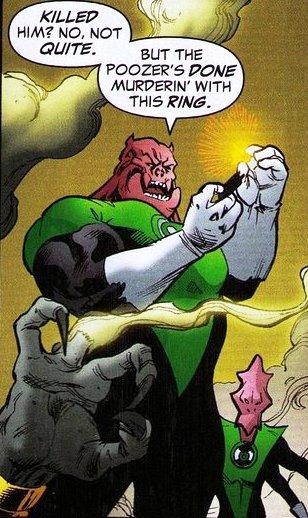 But what really sealed my love for him was the clip of him punching Ryan Reynolds at 1:20 in the new Green Lantern trailer. And it is Ryan Reynolds, not Hal Jordan. Everyone knows Hal has floppy hair. I have to admit I'm actually kind of looking forward to watching this now. I think the green 'energy' the ring produces and manifests into objects looks cartoonish (see Reynolds with that gun) for something which is supposed to represent pure willpower but everything else looks promising. 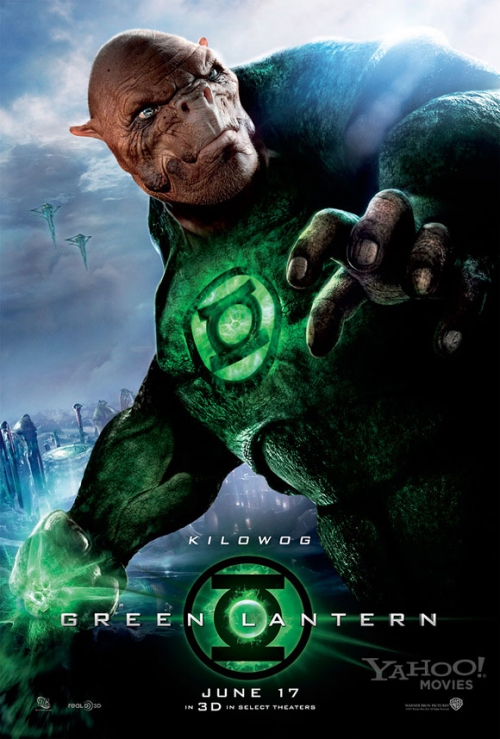