Ah, gimmicks! I got Batman: Nine Lives through the post a few days back and there's a few things that I loved about it. Firstly the cover: 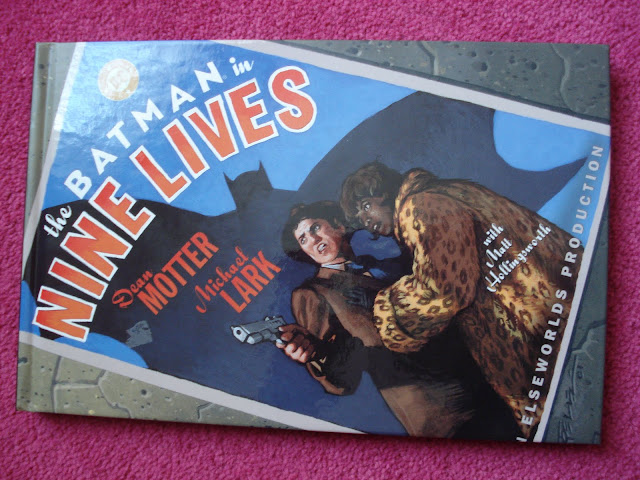 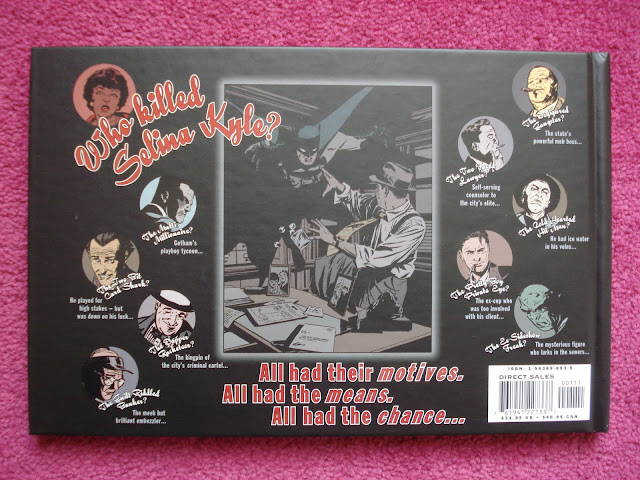 And it's in a landscape format rather than portrait. Admittedly this doesn't really work- it's too wide when you open it to read and the comics panel format doesn't sit well on a landscape page,  but it's nice to have different things being tried. It's an Elseworlds story in the detective noir genre, so you've got Dick as an ex-police officer turned wise-arse private dick, with Barbara as his secretary, the Joker as a gambling fiend (hence the name) and everyone else pretty much the same but shadier and seedier. The basis of the story is Selina Kyle's murder and Penguin, Croc, Joker, Riddler, Dick, Bruce, Harvey, Great White Shark and Freeze are all in the frame. 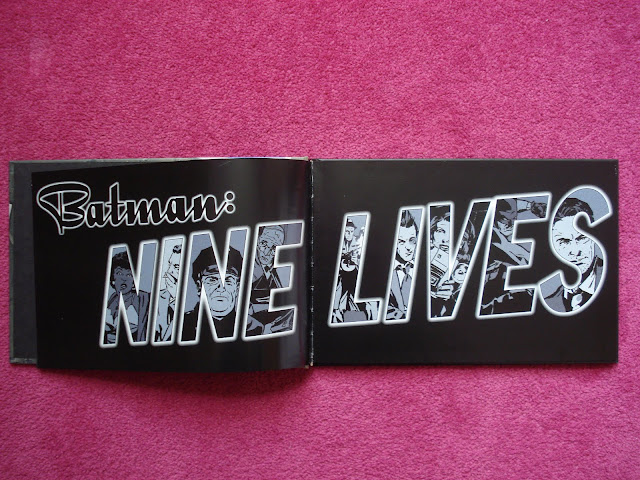 The story isn't that bad, but the characterisation is really weak, probably because there's just too many players involved. You get the sense that they attempted to cram in as many Batman villians as possible, but really it would have benefitted from the absence of Freeze, Shark, Riddler, Penguin and Harvey, especially as they bring little to the story. I prefer to read 'linear' Batman stories, but the whole point of Elseworld is that you get to do something different with the characters and that doesn't really happen here. If you're going to have the Joker as something other than a manic psychopath, you owe it to the character to do something interesting with him, but he's just rendered bland and insignificant. I'm not a feminist by any stretch of the imagination, but I also didn't really like the way Selina is basically portayed as a manipulative whore who plays men off against each other. On the plus side, the relationship between Croc and Dick was a nice touch. And Bats is Bats. 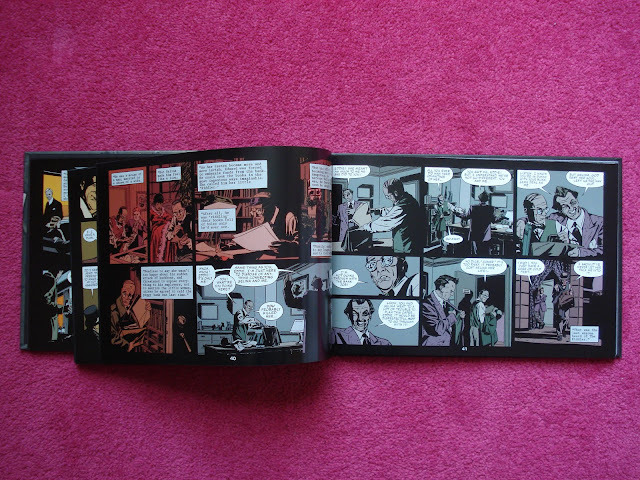 In conclusion, I'm glad I bought it because it's pretty- very important- and despite it's flaws it was an interesting look at the Bat-verse from a sideways angle (you see what I did there? Man, I kill myself).
Posted by Zainab at 17:48