So the big news the in the past week has been DC's annonucement that it will effectively reboot all 52(!) of its titles from September. Basically this means that all the superheroes/teams will start afresh from issue #1. They're also going digital, something I'm not going to really address here because I just do not see the point of reading books or comics on a screen. Robot 6 have put together a really good article with industry experts and fans' thoughts and opinions all gathered in one place: http://robot6.comicbookresources.com/2011/06/chain-reactions-dcs-reboot-relaunch-and-new-digital-strategy/
Being fairly new to the comics world, I'll be honest and say this doesn't mean much to me. The only way by which I can measure it is by my reading of Batman. It's the only DC title I read and even then I wait until the trades are released. I don't buy issues because they're expensive, flimsy and you get the story in bits, which isn't something that appeals to me. The obvious question is whether they can get together 52 good creative teams; it seems inevitable that a number of the titles produced will suffer from, um, crapness. I suppose it may be a good starting point for people like me who have never read certain characters for example, the Flash, because you're starting anew- there's no knowledge of mythology or background needed.
In relation to Batman, some kind of reset button would have been needed sooner or later considering you now have both Bruce and Dick as Batmen and Tim and Damian as Robins. There's been some ruminating on the net over who will inhabit the bat-suit but I think it has to be Bruce Wayne. Bats' origin story is just too iconic to mess with (parents shot, pearls strewn, becames bat, strikes terror) and generally doesn't need to be messed with, but here are some things I'd like to see in the new comics: 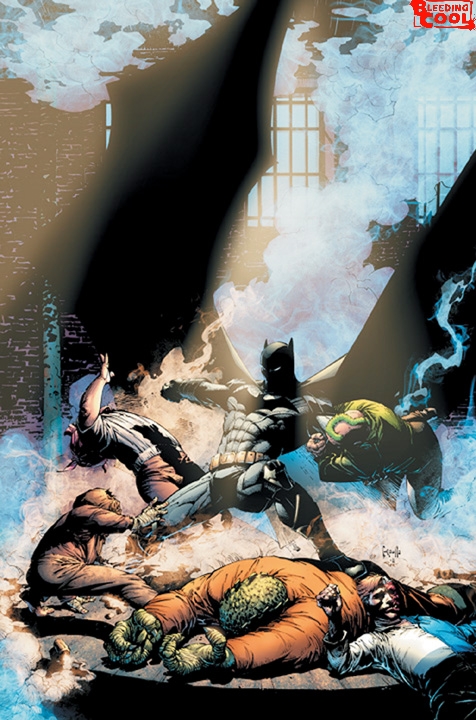 Of course the book will be nothing like that, but I'm really looking forward to it, I think it's about time. Bleeding Cool have the cover for the first Batman (above) drawn by Greg Capullo. Cape looks weird. Jus' sayin'.
What would you like to see done with your favourite characters?
Posted by Zainab at 06:45