Let's start with the good- the programme for Batman Live cost £15 and was worth it. High quality stuff with lots of information about the production, commentaries from Geoff Johns, Jim Lee, set photos, rehearsal photos, activity pack and a lot more: 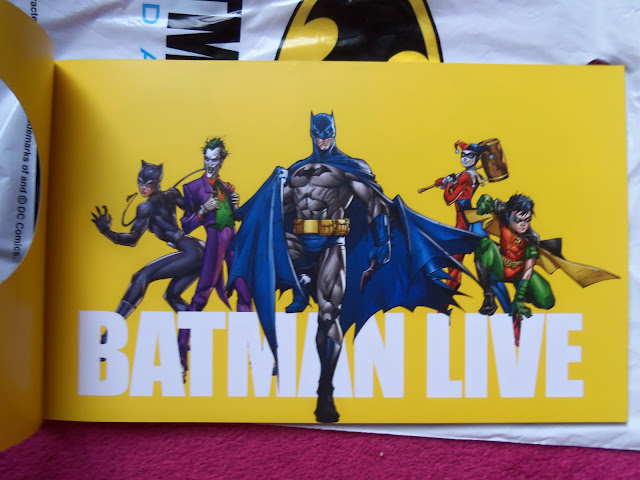 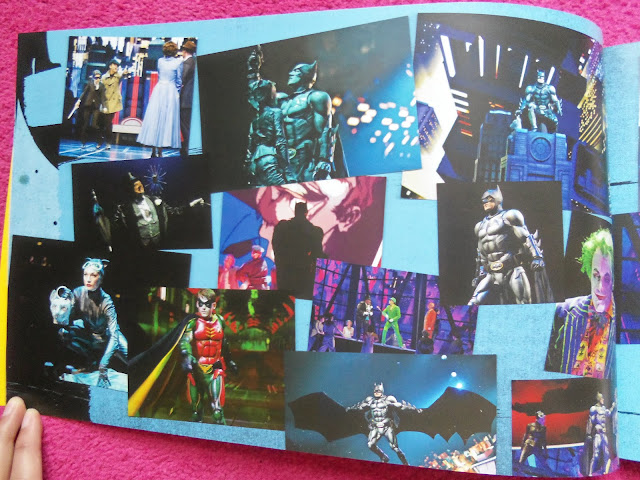 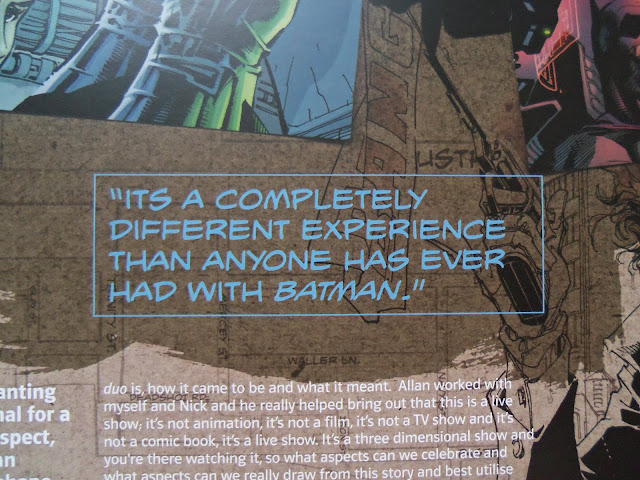 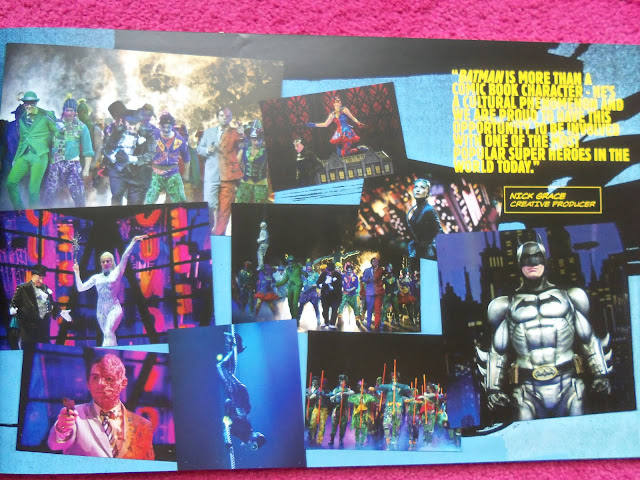 I'd been looking forward to see Batman Live ever since my friend bought me tickets for my birthday, but I went into it having worked  four consecutive 6-7 o'clock shifts at work and then had to take the train up to Manchester to see it. My enthusiasm was pretty much drained.


The good: The production has and is still being advertsied as a family show and it was genuinely fantastic to see lots of little boys and girls all dressed up in their capes and cowls. The show begins with the famous scene in Crime Alley, the night on which Bruce loses his parents (their shooting is off-stage, heard but not seen). The use of a large bat-shaped screen (see photos below) to establish time and place, and this was very effective. It also meant that though the murder of Bruce's parents wasn't shown on stage, the screen displayed 'softer' comic panels of Thomas and Martha Wayne looking shocked and fearful and then prone on the floor, helping to move the narrative along.

The plot itself wasn't an original one-it's the origin story of the original Robin, Dick Grayson, with one change- the Joker is the perpatrator instead of Two-Face. As the first stage interpretation of Batman, it's understandable that they wanted to make his most famous and recognisable foe the center of the piece. All the major rogues- Two-Face, Scarecrow, Penguin, the Riddler, Catwoman, Posion Ivy are present and it's great to see them, even in walk-on parts, because you know they've been added for the fan's' pleasure.
I think the show managed to pull off a pretty remarkable feat in that it managed to be a true representation of the comics, yet it didn't veer off into silliness, al la Adam West. It's ironic that  the best two characters and performers were females- Catwoman and Harley Quinn. The former brought an element of depth to her character admist the restraints of her role and time on stage. But the highlight of the show was undoubtedly Poppy Tierney with a bang on rendition of Harley Quinn (a great character who is woefully underused in my opinion)- bubbly, psychotic and totally in love with her puddin'.
The dodgy: When Dick is first brought to Wayne Manor, he is seated at a ridiculously oversized dining table- I mean giant-sized, please do see photo below and snort. I don't know whether this is done for metaphorical significance- his parents have just been killed, he feels small? or whether as my friend suggested, it was done to look proprtionate to people in the upper seats, but it was totally out of sync with the rest of the production and jarred horribly. Also, whilst the trapeze acts were great, some of the circus scenes were just too long.
The downright dubious:  Batman explains to Dick that it was Alfred, and solely Alfred, who trained him in the umpteenth martial arts he learnt in order to become Batman and that Alfred shall now train Dick. Beginning with a group sesion of Tai-Chi. This is just wrong. On every level.
The fan-gasm moment: After all the cast had come out for their ovation, leaving just Batman and Robin on their own, who turned and ran down the length of the stage and through the doors. Would have been perfect with the theme music.
Apologies for rubbish photography- I am in no way talented in that area and flash photography wasn't allowed. 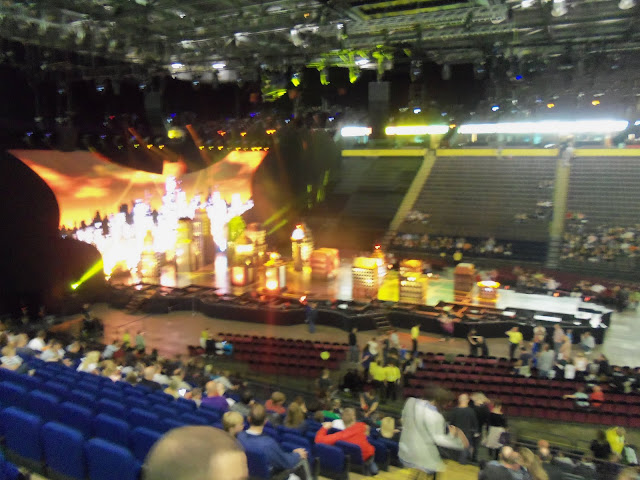 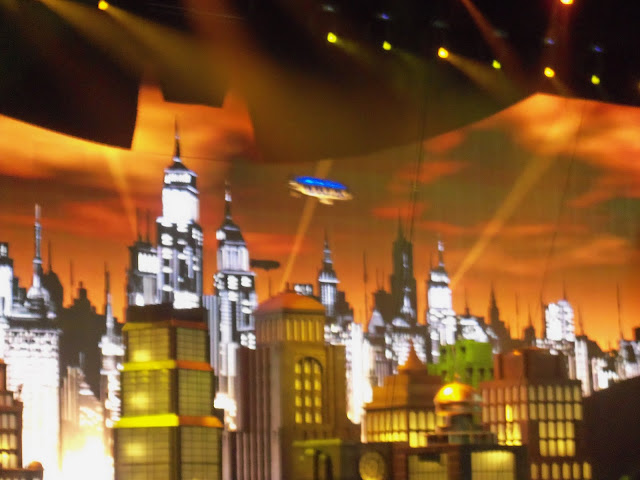 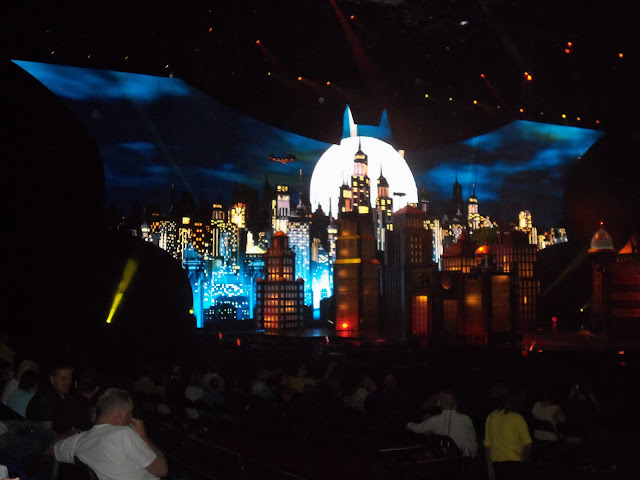 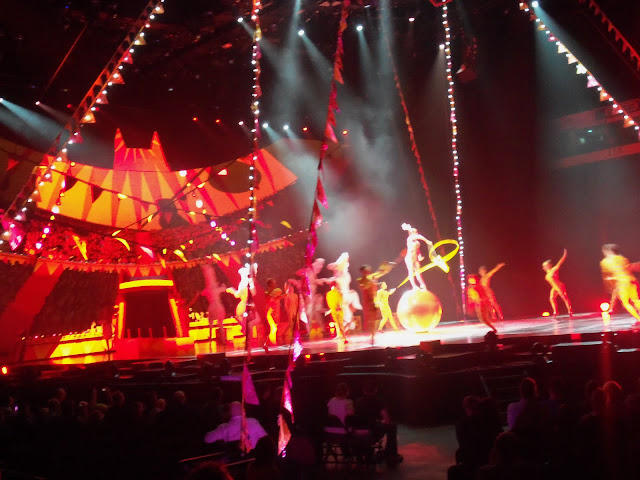 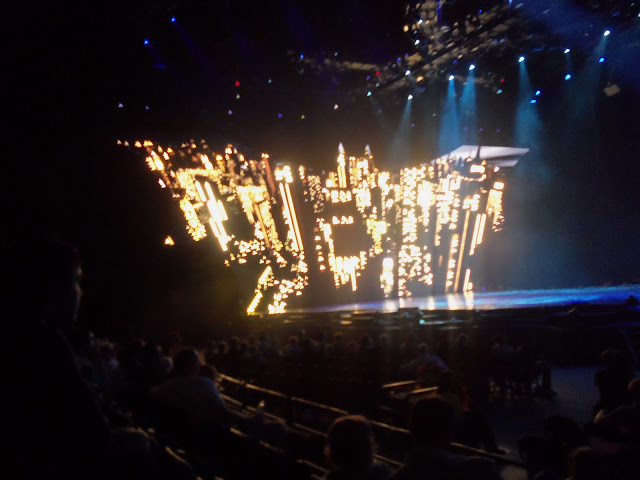 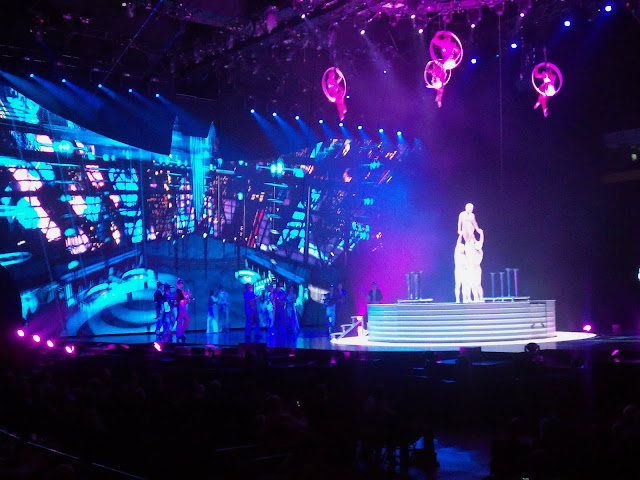 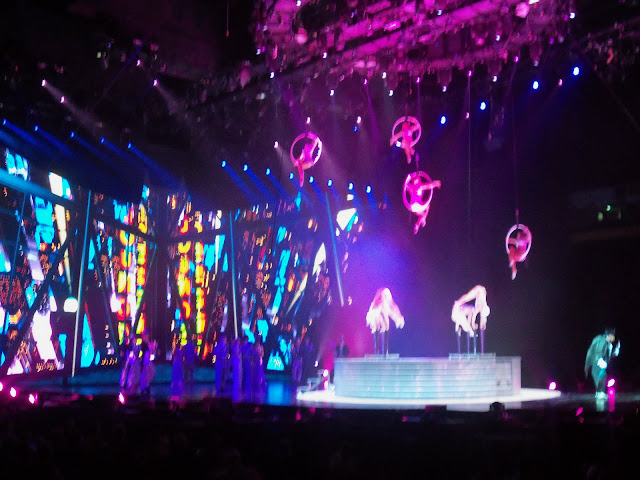 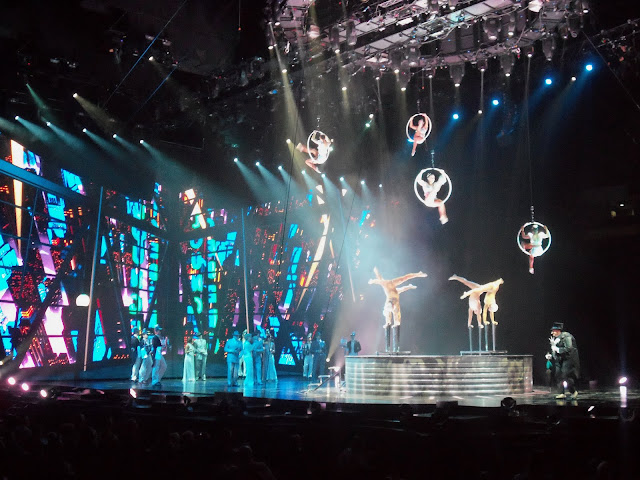 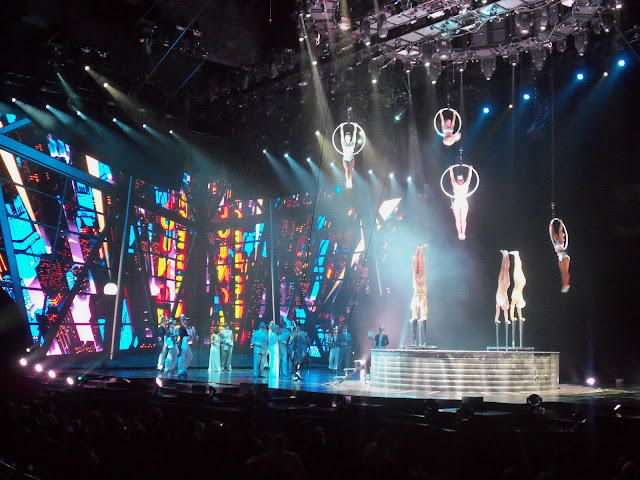