Lats Saturday, my sister and I stopped by the Leeds Alternative Comics Festival after watching Warrior (still not happy with that ending). It was my first experience of going to a 'convention' and I'm glad to say it was a positive one. I did feel a little awkward initially- the only bar I've been in is the student bar and I don't believe that really counts, but everyone at the tables I stopped at was really friendly. I managed to come away with some stuff, too:﻿ 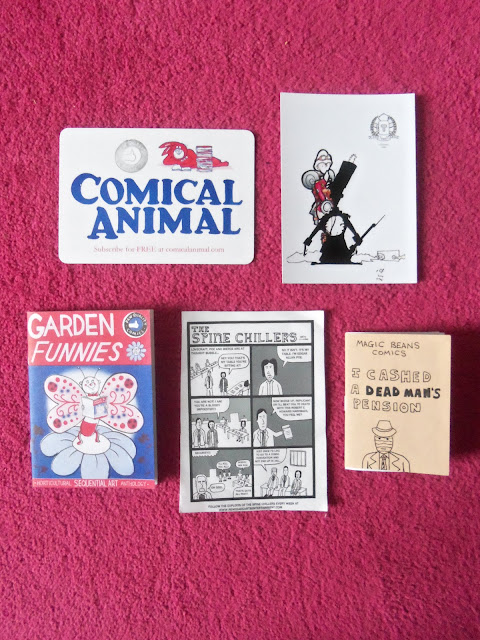 It's nice to meet people whose work you're actually aware of, Jim Medway, who contributes to Comical Animal (which I love) was there- the Garden Funnies comic is his. I bought the 'I Cashed a Dead Man's Pension' from Ben Clarke's table, although he wasn't there- I left money, I swear!- and really loved it. He's just drawn them in pen and stapled them together himself, but it works so well, and the last page is gold. Also picked up this sci-fi comics newspaper, I gather it's well-established, but it's not something I'm aware of. 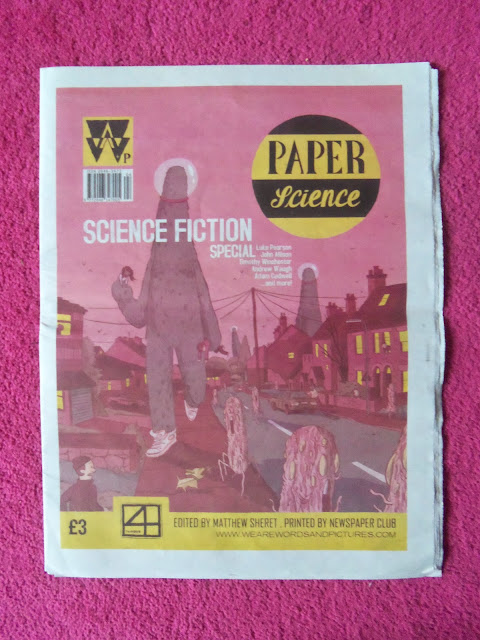 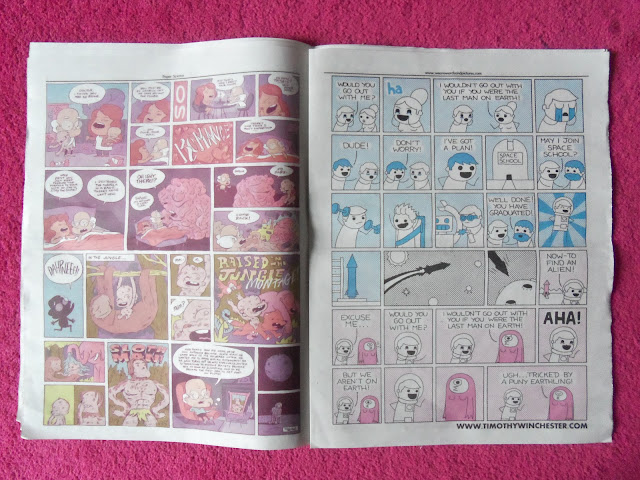 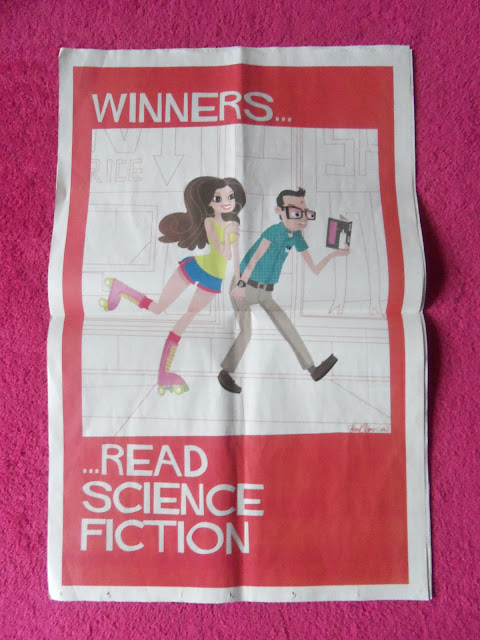 My favourite buy was this print by Steve Tilltoson, he said he was trialling them at the festival and from what I could see, they seemed to be selling well- 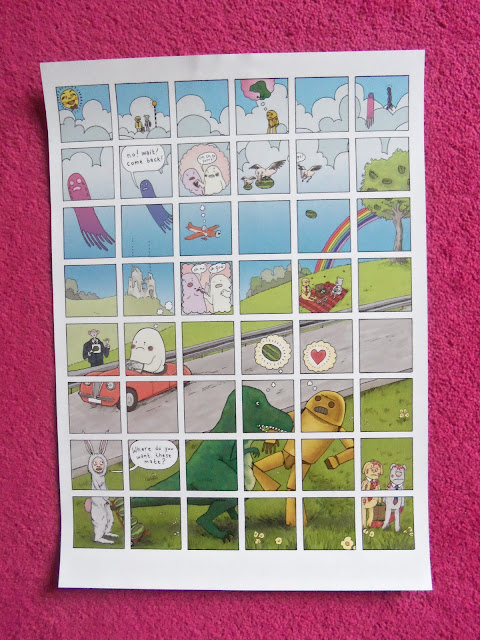 It was nice to be at a place where you could take your time at each table and talk to the people there, but I do like to get lost in things, so I'm really looking forward to Thought Bubble. Will need lots more money though!
Posted by Zainab at 12:50