A post to reflect on how fantastic ThoughtBubble was. If you've never heard of it before, ThoughtBubble is the UK's largest comic convention and it's in my own fair city of Leeds. To give you an idea of the quality of exhibitors/stalls, some of the creators there this year were- Tim Sale, Adam Hughes, Gail Simone, Jeff Lemire, Bryan Talbot, Mike Carey and a whole lot more. Having never been before, and not knowing what to expect, I decided to get tickets for the Saturday instead of a weekend pass. To put it simply- it exceeded any expectations I had- it was brilliant. You know the day's going to be good when the first person you meet is Batman :)
Both Savile Hall and the Royal Armouries hall were full and I had to stop myself buying every Batman print going- twas difficult. Having checked the programme, I thought I knew everyone who was making an appearance, so it was a the greatest surprise to see Ian Edginton and Matt Brooker (Disraeli) there at a little table. Anyone who reads this blog knows I'm a bit obssessed with Ian and his work, and I'm afraid I may have embarrassed myself by coming over all fan-girly and saying nonsenseical things. Never again will I scathingly insult those who want to meet people they admire. Ian was very lovely, politely ignoring my wittering and signed his adaptaion of The War of the Worlds for me (which I had been looking for everwhere). Undisputed highlight of the day.
Some stuff I picked up (must save more money for next year): 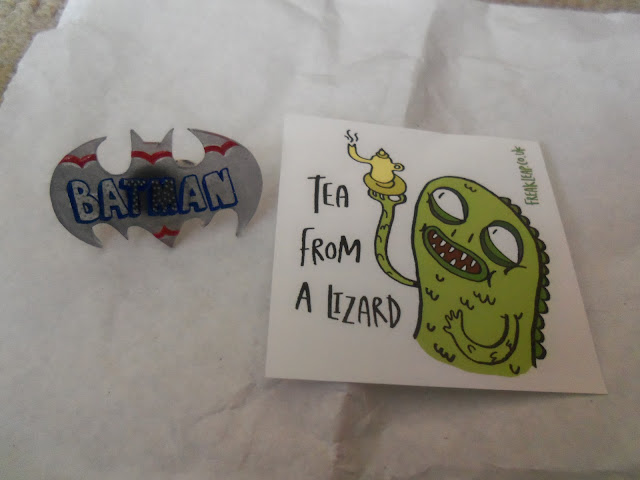 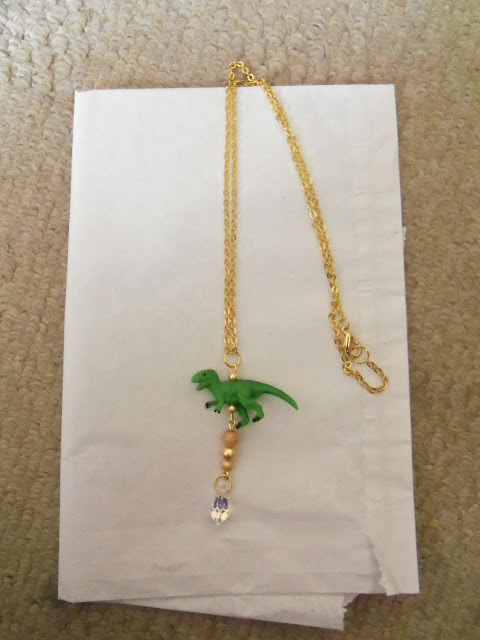 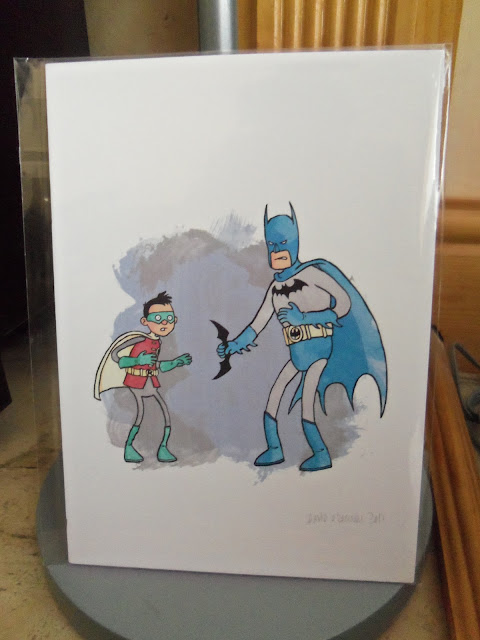 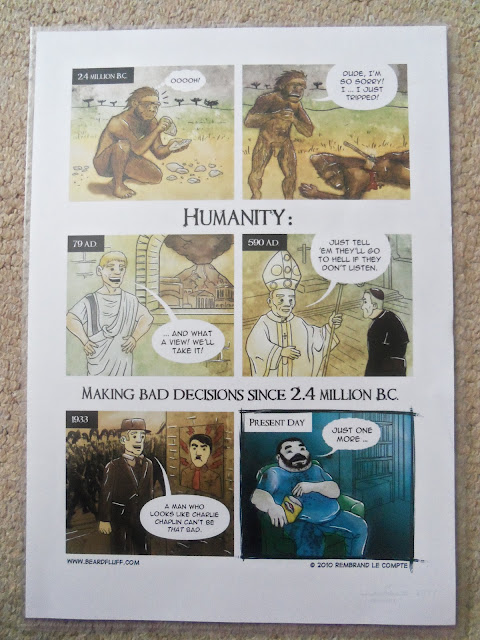 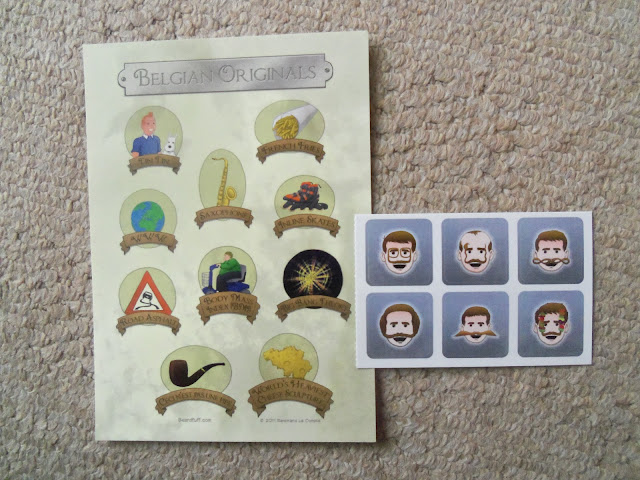 Humanity print, postcard and stickers by Rembrand Le Compte (who was just so nice) of Beardfluff 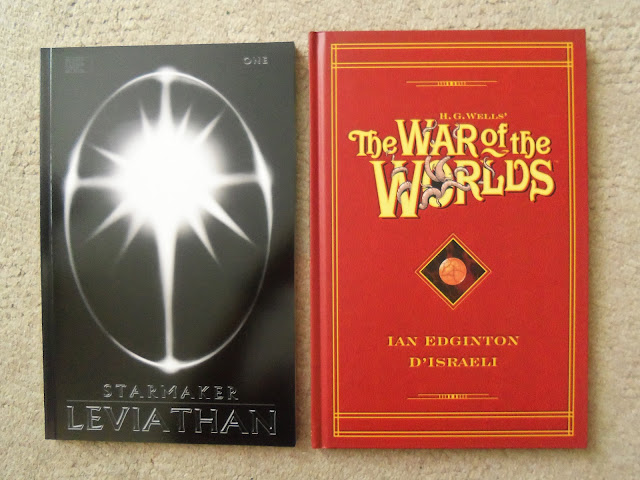 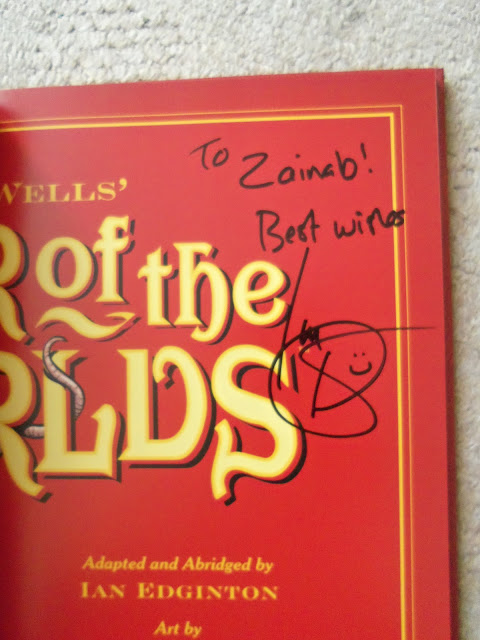