Some great stuff being released in the upcoming months- here's a few I'm particularly looking forward to. Up first on 29th May, IDW publishes Darwyn Cooke's third adaptation of Richard Stark's Parker novels. This one is called The Score and sees Parker and a band of crooks attempting to rob an entire town.


I've been following the progress of artist Kellie Strom's aqautic concertina book, Worse Things Happen At Sea, via his website and blog (which you should take a gander at). Featuring sea monsters and all manner of creatures lurking in the depths of the ocean, it's to be published by Nobrow on the 18th of June.

On the 29th of July Dark Horse are finally, FINALLY, publishing the English language translation of Juanjo Guardino and Juan Diaz Canales's fourth installment of feline private detective noir, Blacksad: A Silent Hell. The original French version was released late 2010, so this has been a long wait for fans.


The excellent and much-lauded Locke and Key (IDW) continues on the 26th of July with a fifth collected volume called Clockworks. With consistently great quality plot and art, it's easily one of the best comics out there and if your read the trade versions like I do, it's always an event. 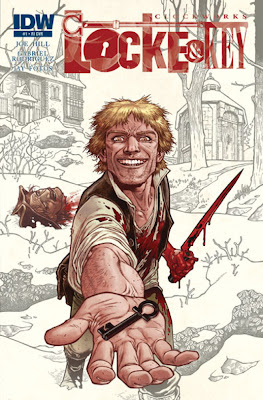 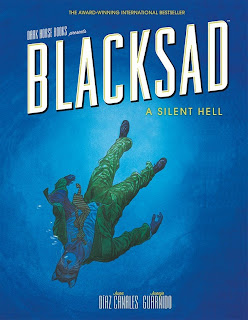 I've never read Animal Man before, but from what I've seen and read on various sites and blogs, it's one of the best books to come out of DC's new 52, so I'll be picking it up when it comes out on 11th of May.

Another IDW and Joe Hill-penned release, Eisner award nominated The Cape, is due on the 29th of May. This collects together the mini-series that followed on from the hugely successful one-shot. 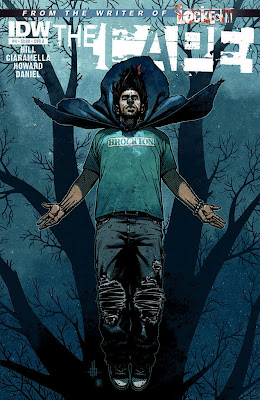 And lastly, Barnaby: volume one (Fantagrpahics, 12th July), by Crockett Johnson, originally a newspaper comic strip and collected here for the first time, I believe- though not in its entirety. I'd not heard of this before, but how can you resist a sell like this - 'Barnaby' revolves around a precocious five year old named Barnaby Baxter and his fairy godfather, Jackeen, who is a cigar chomping, fast talking yet bumbling con artist. Jackeen's grasp of magic is specious at best, however he is aided by his unusual collective of friends.' 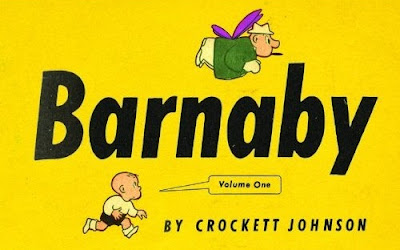