There's been a lot of features on the great Moebius' art since he passed away in April, but it's the first time I'm seeing these sketches which he drew around 1987 on a visit to Italy. The drawings were all collected and published in a book called Viamor, which has become something of a rare collector's item. I'm always more interested to see sketches; there's a 'rough' element to them that is more intrinsically appealing than a polished work that has had lots of time spent on it.


“I went to Italy for a month, to Naples and Rome, and one day, I was walking through the streets, when I saw an artesan making little notebooks, with nice paper and nice covers. So I bought one. At the time, I thought I would give it to somebody as a present, but I should have known better. I can never resist a notebook.

So I began filling it with drawings. I drew in every kind of situation: in the train, in the plane, waiting for friends, waiting for a car, in coffee shops, in the street, in bed, at the hotel. Everywhere. I tried to do these drawings without any kind of preconceived ideas, just following my inspiration. I emptied my mind and let the drawings emerge. If there is a repitition of characters and themes, which there is, it is because it is like a psychic map of my spiritual landscape at time.” 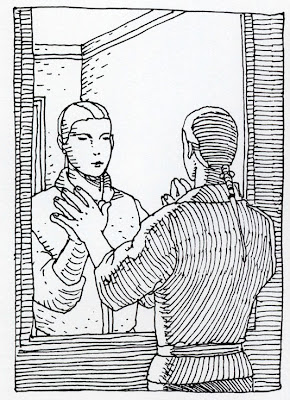 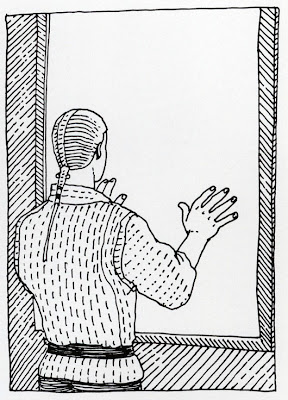 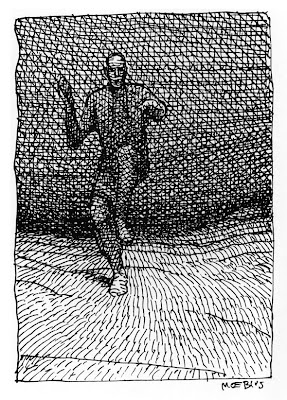 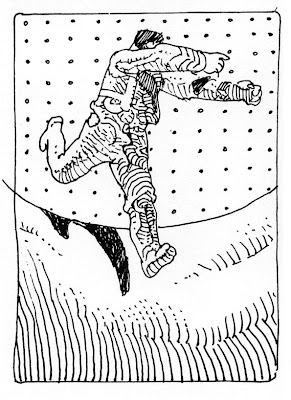 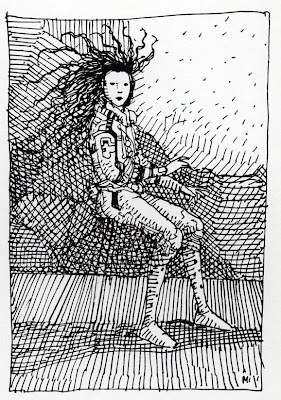 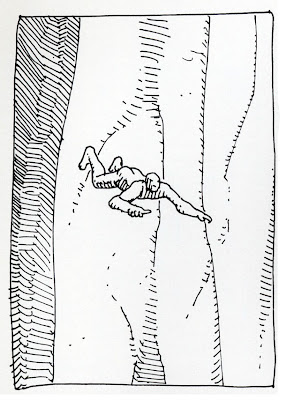 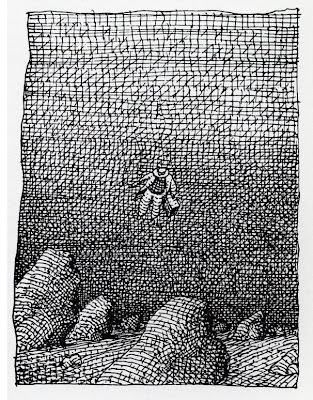 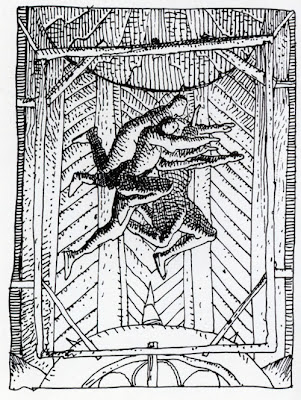 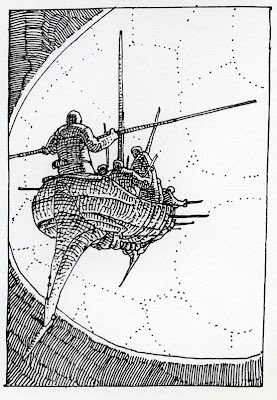 Pictures and Moebius quote from Quenched Consciousness
Posted by Zainab at 10:12