These are so lovely. I've been putting together a review for Royden Lepp's new graphic novel Rust and came across his blog. It appears to be sporadically updated and these may be old, but I had to post some of the beautiful paintings he has up- all done, amazingly, within the space of an hour. As Royden explains:

'I participate in a one hour speed paint session once a week. The following illustrations are some of my favourites. A random sentence generator creates a sentence that is emailed to participants on the hour. We have one hour, sometimes less, to create a concept based on the sentence, using no pre-existing art.'

Men disguised as birds among a dark forest: 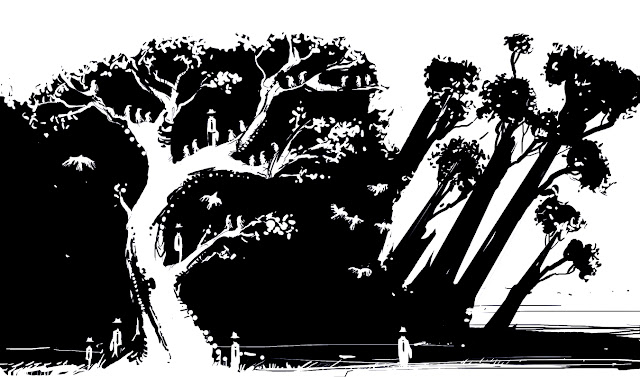 A Japanese rat communicates with a dragon in a giant crater:

A lost village from an ancient culture: 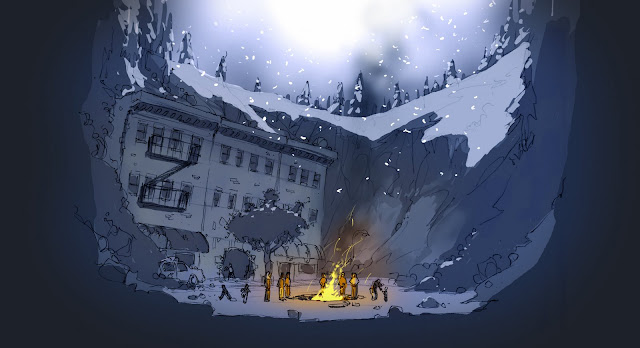 A fantastical messenger arrives in court: 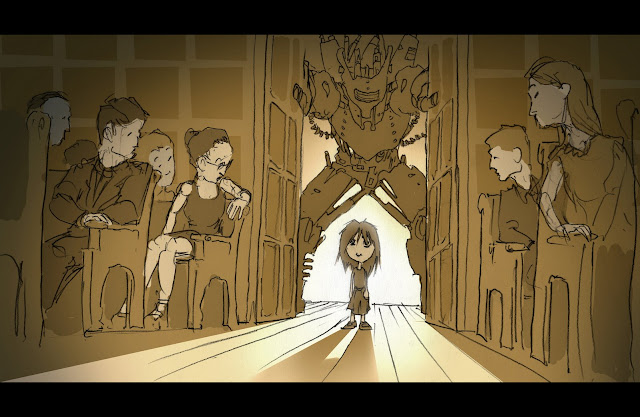 A black scarecrow raises an octopus under the rain: 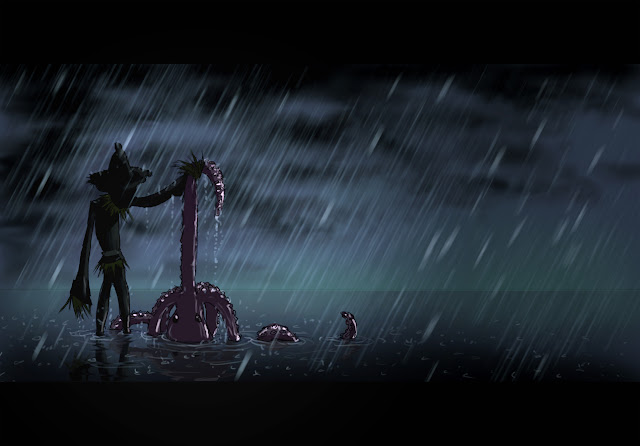 A friendly monster with a day job: 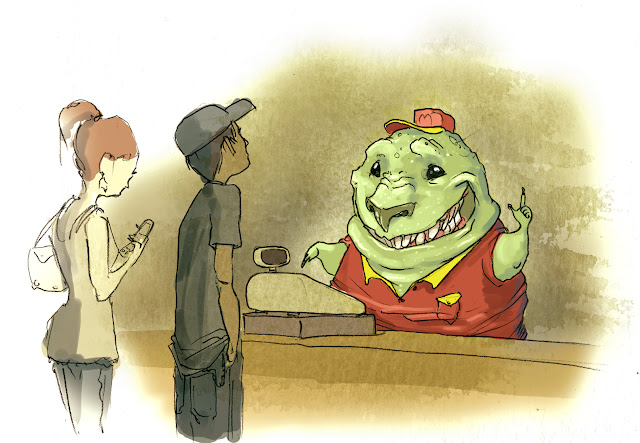 A decomposing strong man uses super-science to control a priest in a blizzard: 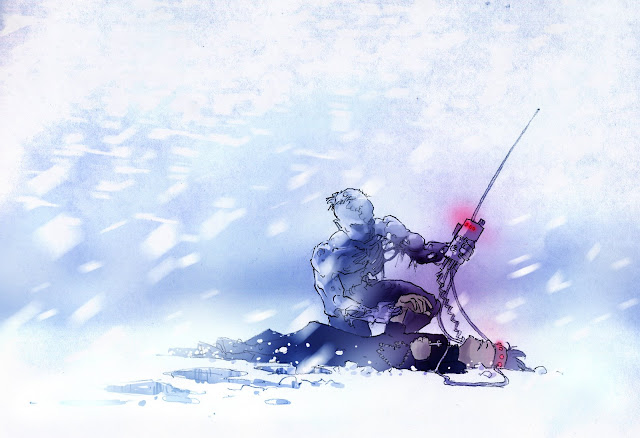 A rusted assassin stands beneath a monolith in the rain: 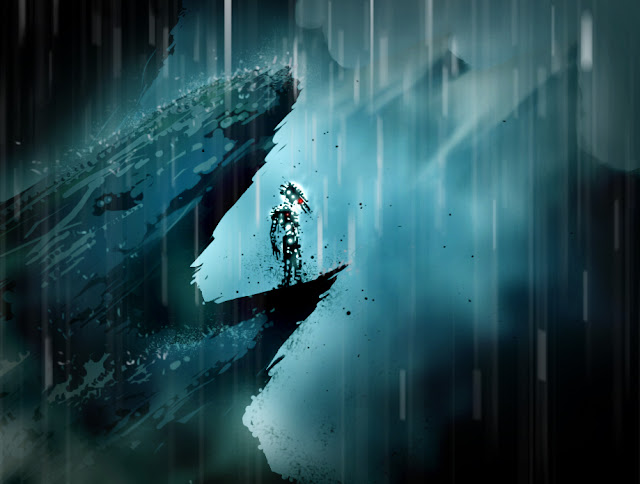 All pictures taken from Royden's blog
Posted by Zainab at 10:45