I'm really lagging behind in my reading- not that there's a time limit, but I usually read books once I've taken the package off the postman. It would appear I've discovered a way to buy faster than I can read. Or I may have got a semblance of a life. . .

I particularly want to get started with reading The Phoenix, I've got the first four issues, but not even read one and I believe they're on issue 20 now, or thereabouts. I'm not very good at buying it weekly, so should probably just subscribe. It has some great people working on it- Kate Brown, Dave Shelton, Jamie Smart and Nick Abadzis, to mention a few. It may be for kids aged 7-12, but good comics know no barriers and all that. 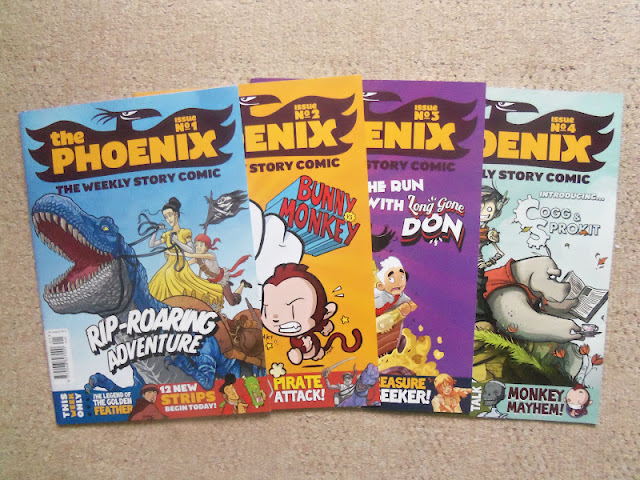 I was a little disappointed when I received Laurie J Proud's Peepholes, the corners of the hardcover book were bent and damaged. It's a shame because I bought it directly from the publishers, wanting to support smaller press and the author, despite it being available cheaper elsewhere. A book I had no intention of buying was Chip Kidd's Batman: Death by Design, but I was in the store, it was at the till and it had a signed, limited edition Moebius tribute bookplate. Also on the yet-to-read pile- Joe Hill's collected mini-series The Cape. 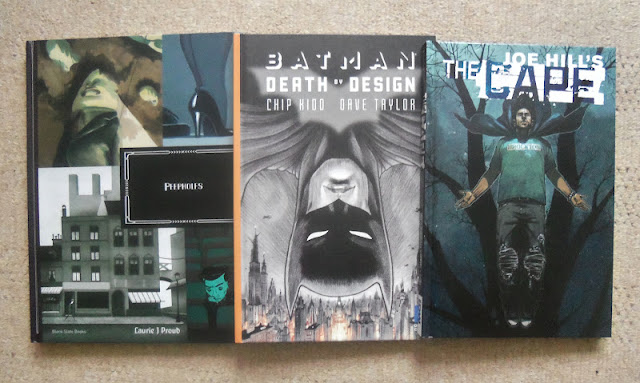 And a few more: The Incal (my first Moebius book), Royden Lepp's Rust from Archaia, who have done pretty well out of me from their FCBD offering- bought this and CowBoy solely on the strength of the material included in there. And The Book of Human Insects by Osama Tezuka. There's a lot Tezuka's stuff that's on my wishlist, but I'm starting with this one. 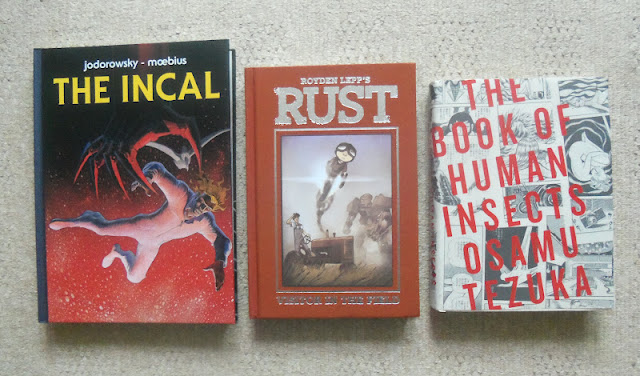 For everyone who was worried I would never find a talent that would measure up to my photo-taking abilities: I have discovered photo-editing- just look at how I've managed to make my front room carpet 3 different shades of cream. You can't learn that; it's innate.