The Joker's back in a 'game-changer'

So the news of the evening is the Joker's return in Batman #13. Although he's popped up here and there, it's been a while since we've had a full on crazy-shit Joker story, but it seems Scott Snyder is about to rectify that, calling this new storyline his 'Arkham Asylum' or 'The Killing Joke,' only bigger in scope', in comments to CBR. He later added on Twitter, 'This is the Joker on a mission. This is our exploration of the Joker and the biggest baddest darkest, most twisted story we could do with him. The game changer'. That's pretty big talk. I'm really excited about this because Snyder writes Batman like I like to read it- straight up and solid, which makes me confident this is going to be nothing short of epic. 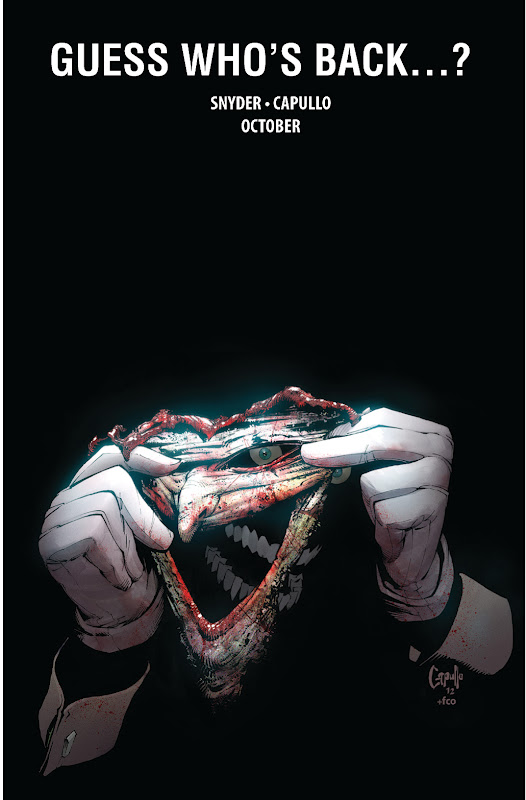