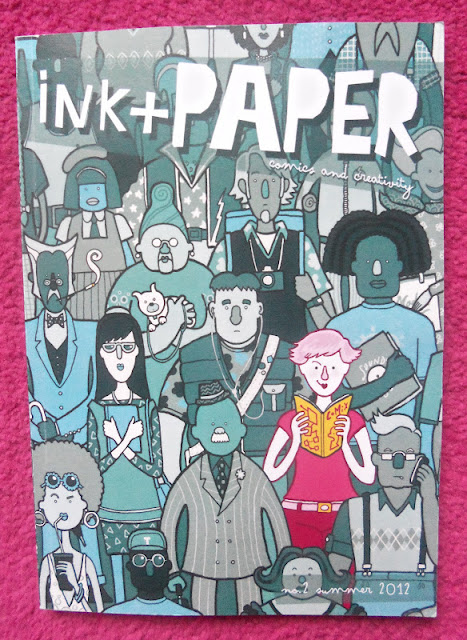 I'm slowly becoming more aware of British creators and their works, and a pretty handy way to do it is through anthologies like Solipsistic Pop and ink + Paper, both which showcase some heavy duty talent. I doubt it needs pointing out that anthologies can be hit and miss stuff, but this benefits from the great editing of David O'Connell, who isn't too shabby at the comic thing himself. It's an A5 sized, full-colour, 100 page quality publication now into its second issue. As far as I can tell, there isn't a theme to  ink+Paper and I prefer it that way simply because it allows contributors more creative freedom. Brief rundown of my favourite bits here:


I'll be honest- I didn't really get Will Morris' story about a boy and his huge (imaginary?) clay-like monster/friend who appears to abandon him, but its beautifully illustrated, and made me feel sad all the same. The amount of light, shadow, depth and nuance he teases from his watercolours makes me look forward to the release of his book The Silver Darlings even more. 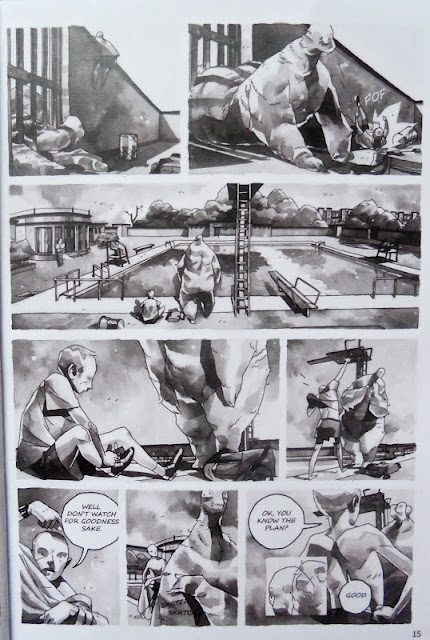 The Secret Wood by Sarah McIntyre about a deer who gets more than he bargained for when he wanders into a wood is lovely and charming. I'm not enamoured with limited colour palettes, they're used for effect, but rarely add something extra. The only place I was bowled over it was by Faz Choudry's The Elephant of Surprise strip for Solipsistic Pop 3 where he squeezed so much out of the red/blue palette you didn't even feel the absence of other colours. Having said that, the green/orange works here due to the contained woodland setting. Liked the ending to this strip a lot- it had a surprising weight to it. 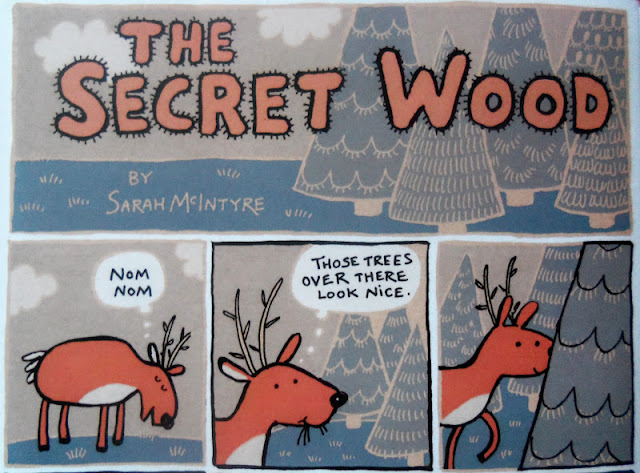 Fish Soup by Sarah Gordon- a man stops at a little eatery and decides to order the fish soup special and finds it a bit more special than perhaps expected. With a wordless comic, you really need the art to work harder and Sarah Gordon's is so expressive and alive, which is perfectly fitting considering what happens here.

John Riordan intertwines multiple cultural references in The Inventor of Colour to deliver a clever parable-esqe tale charting the introduction of colour (both literal and figurative) into the world and its subsequent slow demise. Particularly appreciated the reference to Benetton whose advertising campaign history I've always found interesting, though not as much nowadays. 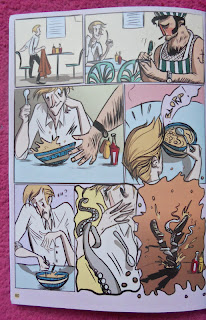 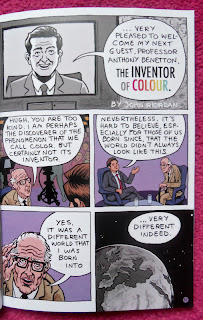 ﻿
Fever by David O'Connell- I love David's comics: the fine clean lines and humour in his work. I didn't realise it, but I actually bought a watercolour from him at ThoughtBubble last year with no idea of he was and only became familiar with his work this year. I looked up at it on the wall the other day and saw the signature in the corner and went 'huh, that's by David O'Connell.' So at least I'm consistent in my taste! He builds and diffuses the cabin fever between two crooks stakeout-ing a job in a hotel room so deftly and so well.


The thing I like best about ink+Paper is it has no pretensions or gimmicks- it's just excellent comics with a positive affirmative tone. You really should buy a copy. And finally, I loved all of Fred Blunt's jocular little doodles, more of which you can see over at his site. 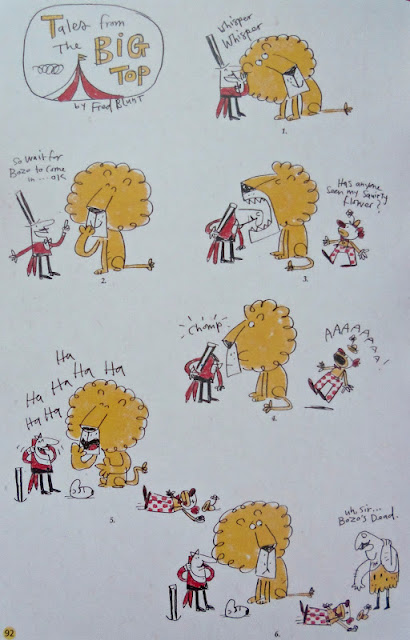