Last books of the summer

These will be the last books I buy until November now; I'm saving up for ThoughtBubble- I ran out of money last year and there's some great comics debuting there and lots of fantastic people exhibiting in general. By then, I will have established just how much I'm going to hate studying for my MA, but hopefully I'll still be able to enjoy ThoughtBubble.

So first up- Murder by High Tide by M Tillieux, featuring Gil Jordan, private detective. I'm in the middle of doing a review for this over at FPI, and it's a great book. It's always weird seeing books in drawn in the ligne claire style, simply because they are so deeply associated with Herge and Tintin. There's no getting away from the Tintin comparisons, but Gil Jordan is a more grown-up, knowledgeable and realistic creation. Also, volume 1 of Linda Medley's Castle Waiting. I've read a lot about this and have been kind of umm-ing and aah-ing over whether to dip my toe into those waters and I guess I now have. 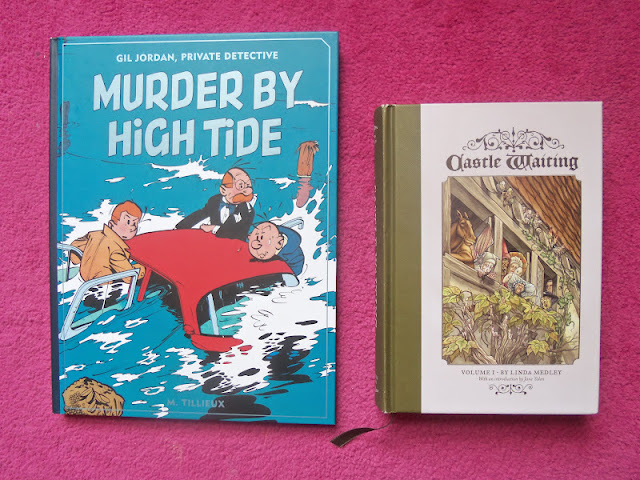 Finally it is mine! So, yes, it was payday and the first book I bought was the lovely omnibus edition of The Stuff of Legend. It's the nerdiest thing, but a good quality hardback book with lots and lots of pages is an unquantifiable pleasure. I'm pleased to have the first two volumes collected together, as book 2 had to be returned due to those pesky binding issues. This Ray Fawkes mini-comic I pre-ordered a few months ago, and I'm glad I did as it sold out pretty fast. Without giving anything away, it's a hell of a story told over just 20 pages, and yet somehow it manages to feel bigger than the constraints of its length (I'm not articulating myself very well, I'll move on). 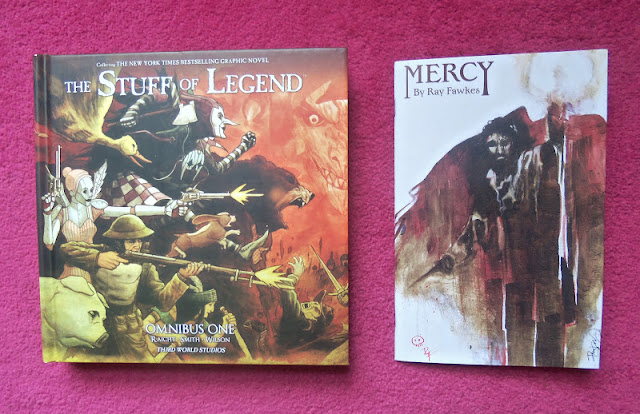 These don't need explaining, do they? The 5th instalment in Kazu Kibuishi's superb fantasy adventure series, Amulet- honestly, you really should be reading these. I read this as soon as it arrived and I love the direction Kazu has taken- giving the story new angles to build on without diverging from its essence. And Raina Telgemeier's Drama- saving this one for a rainy day. 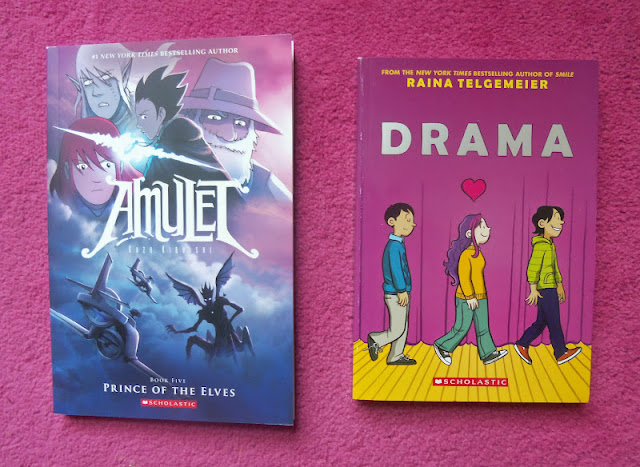 I met Liz for dinner yesterday and was a little early, so dropped into Travelling Man and came out with New 52 Swamp Thing and Lucille by Ludovic Debeurme- yet another one of those 'oh I'll pick that up later' books, which I have now got my mitts on. Got it half-price, so preeetty chuffed. And that fulfils my book quota until November- pre-ordered Garen Ewing's Complete Rainbow Orchid and I know that's on it's way, and hopefully a couple of Kickstarter books should turn up too. 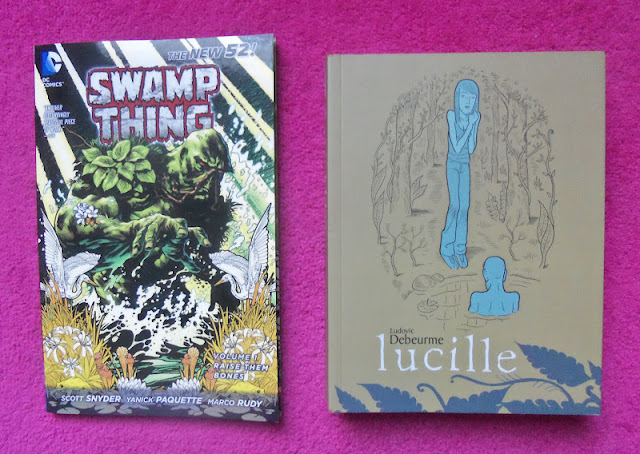