My resolution not to buy anything until ThoughtBubble is being severely tested. Today I discovered this is a thing in existence: one of my favourite stories ever- The Happy Prince by Oscar Wilde in comic format and illustrated by none less than Craig P Russell. Released in June by NBM Publishing, it somehow passed be my. I remember reading The Happy Prince and other stories in my early teens and loving it instantly. I say reading, by which I mean I cried through most of it because Wilde's fairy tales are unbearably, achingly sad. Anderson may have done the dark, disturbing thing, but Wilde rivals him in terms of sheer utter despair. So of course, you understand why I love this book so much then. SAD.


'The Happy Prince is arguably the most famous and well loved of Oscar Wilde's nine fairy tales, rivalled only by The Selfish Giant. It is also a very timely tale at a time of controversy over the increasing chasm between rich and poor…The Happy Prince has lived a life of opulence but has died young and his soul inhabits a beautiful ruby encrusted statue covered all over in gold leaf. From his perch high above the city he is witness to all the poverty, misery, and hopelessness in which his people have been living. When a small barn swallow in flight to the warm south ahead of the approaching winter stops to rest upon the statue the Happy Prince prevails upon him to delay his travels in order to remove his gold leaf a piece at a time and shower it upon the poor citizens. Out of love for the Happy Prince the swallow does his bidding. As the days pass the Prince's beauty is stripped away and as winter sets in the bird's fate is sealed. In the spring the townspeople finding only a dull statue with a broken lead heart and a dead bird consign the worthless objects to the ash heap. Only an emissary of God recognises them as the most valuable treasures of the city and brings them to the gardens of heaven.' 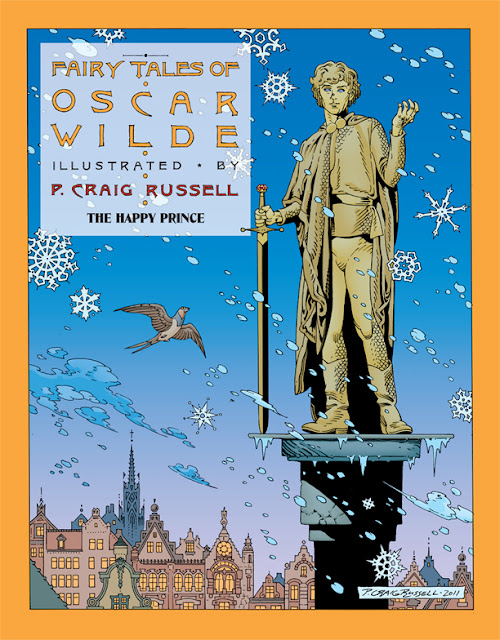 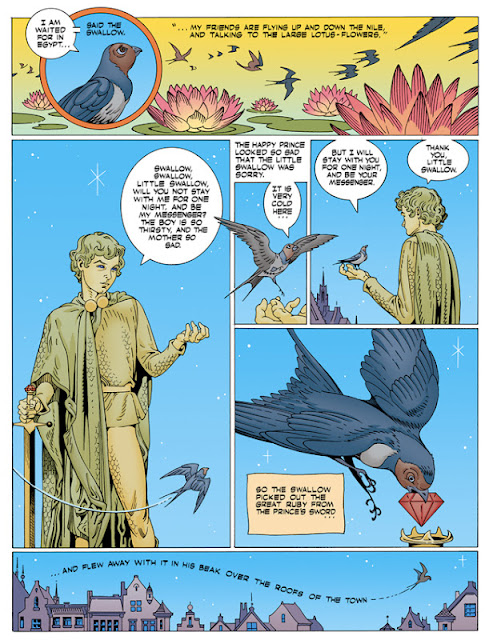 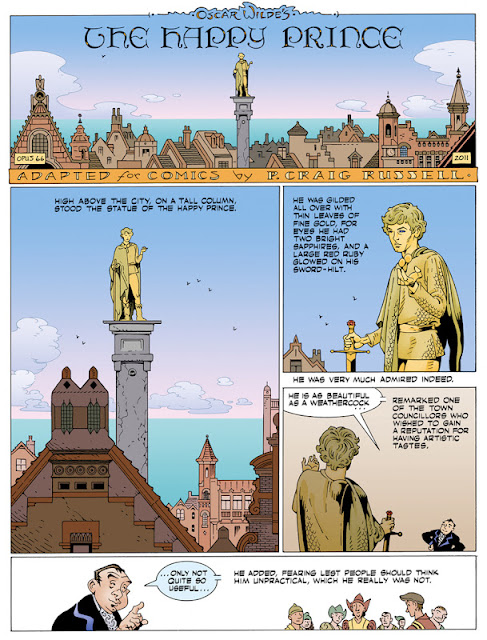 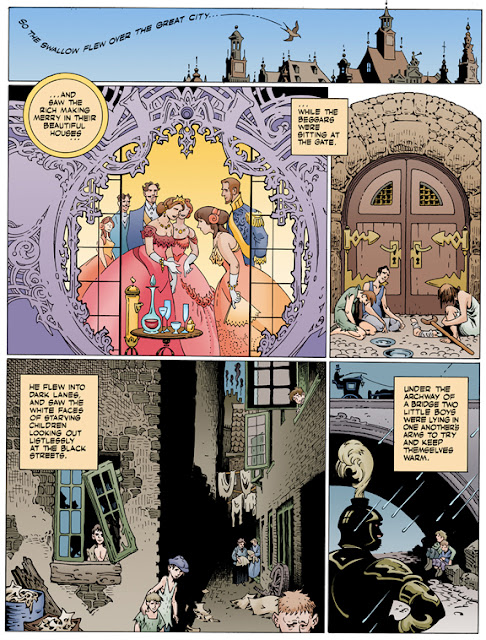