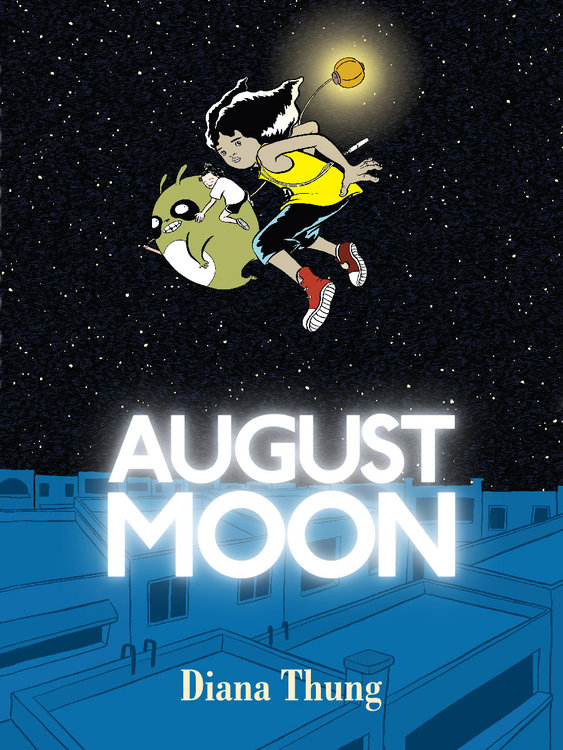 Another great looking and sounding upcoming release: Diana Thung's debut comic, August Moon, which is out this month. It clocks in at 320 pages, which I love- comics read quick as it is, so I much prefer books with a higher page count: makes the goodness last longer. Synopsis and preview below, for more pages and information, head over to Top Shelf.


'The townspeople of Calico believe in family. In fact, some say that the souls of dead ancestors watch over this town, and on a clear night, you can see their "Soul Fires" dancing through the sky. But when young Fiona Gan comes to town with her father, she finds that the Soul Fires are just the beginning of Calico's mysteries. Strange graffiti appears all over town, a huge rabbit-like creature is found in an alley, and a peculiar street boy named Jaden claims to come from the moon.
Now time may be running out, because Fi and her dad are not the only newcomers to Calico. As the Soul Fire festival approaches and a creepy corporation starts to bulldoze the nearby forests, she finds herself drawn into Jaden's battle for the soul of a community.
Diana Thung's debut Top Shelf graphic novel is a true adventure, rooted in the diverse local traditions of Asia and the films of Hayao Miyazaki, with a modern sensibility and a hint of magic.'