I'm terribly lax at remembering and checking people's sites and blogs. Half of them I'm certain I've added to Google Reader at some point, only for them to never show up again. Anyway, I wandered over to check the magnificent French artist Cyril Pedrosa's blog the other day and although the last time it was updated was back in October, I did come across these absolutely sublime travelogue/sketchbooks he's kept when on a trip to Brazil. It seems incredibly redundant to call them mere sketchbooks when a glance alone belies the quality and talent of the artist. I'm genuinely awed when artists can produce such work in short periods of time when simply sitting around and observing their surroundings.

I first became aware of Pedrosa through Three Shadows, his beautiful 2011 windswept treatise on loss and fate: available in English and published by First Second, I'd recommend it unreservedly to anyone looking for a great comic to read. Pedroas's background lies in animation, having worked on Disney movies 'Hercules' and 'The Hunchback of Notre Dame' but he's since movied into more literay graphic storytelling with the publication of a few semi auto-bio comics and collaborative efforts in addition to Three Shadows, but none of these have been translated into English as far as I can tell.

I really hope he does more comics work, and that we get to see more of it translated in the future, as he's one of those artists you definitely want to see a lot more of. 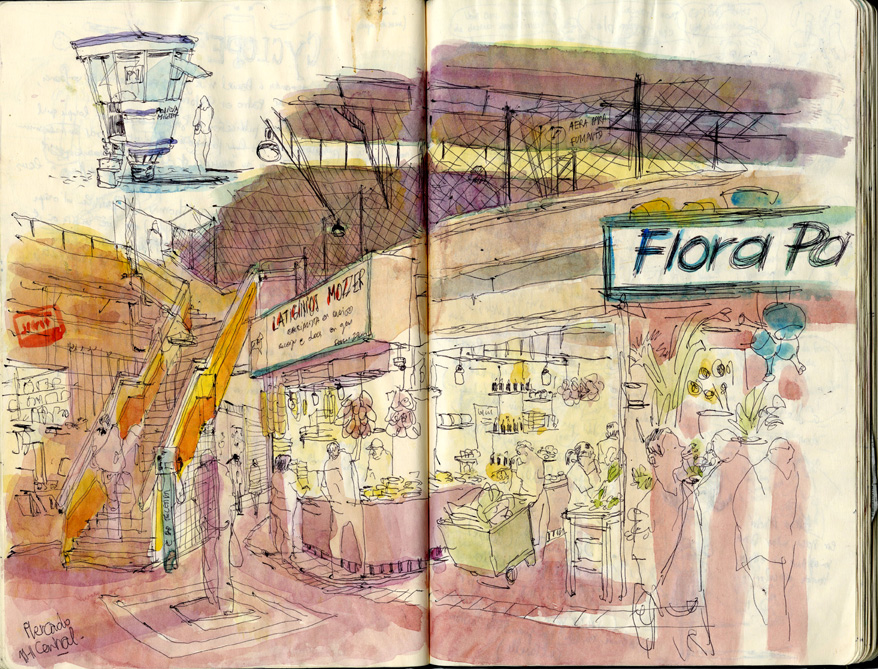 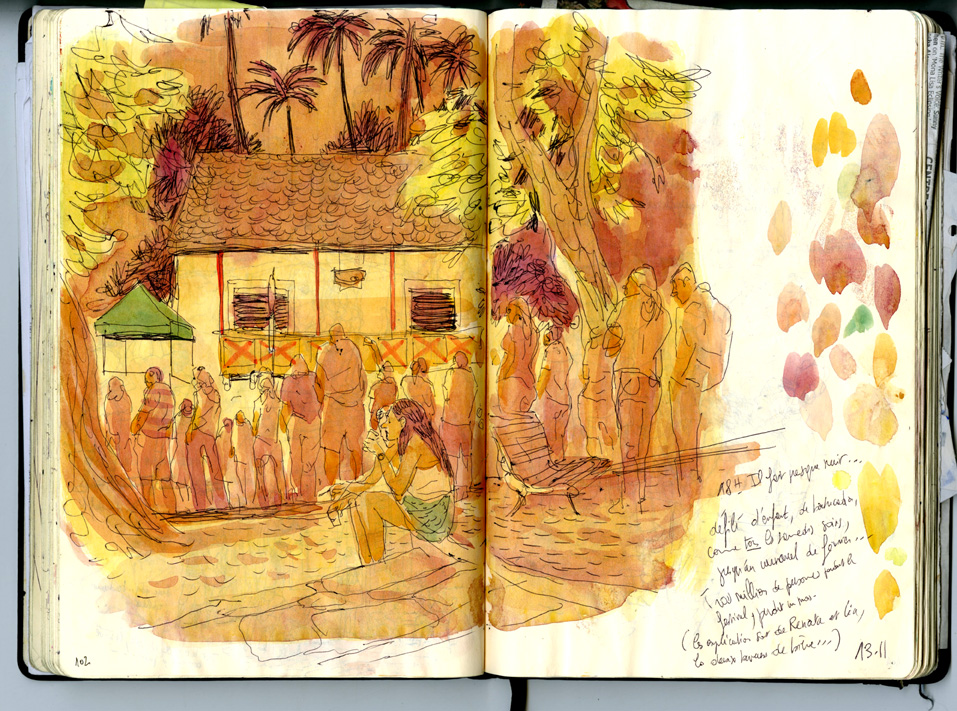 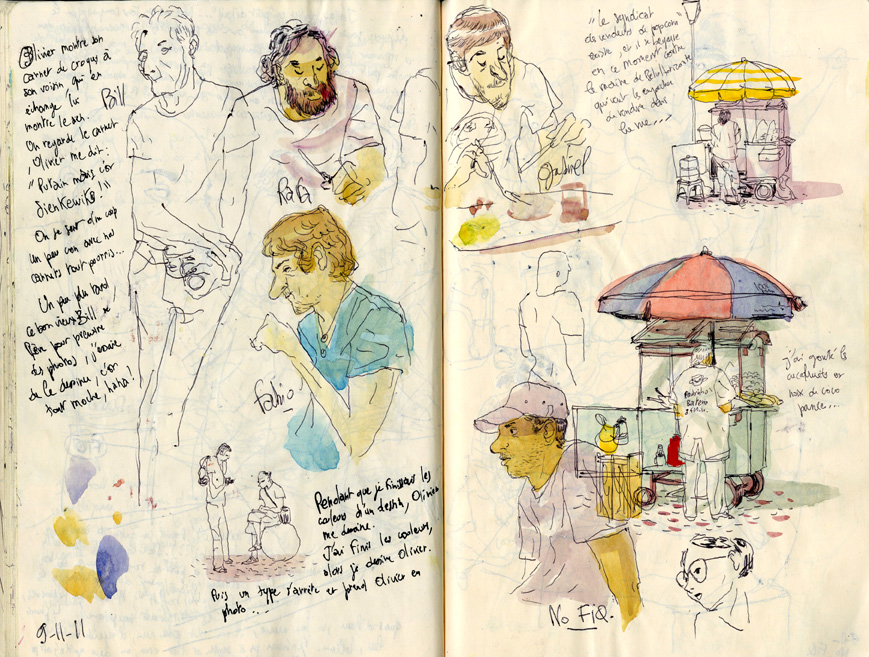 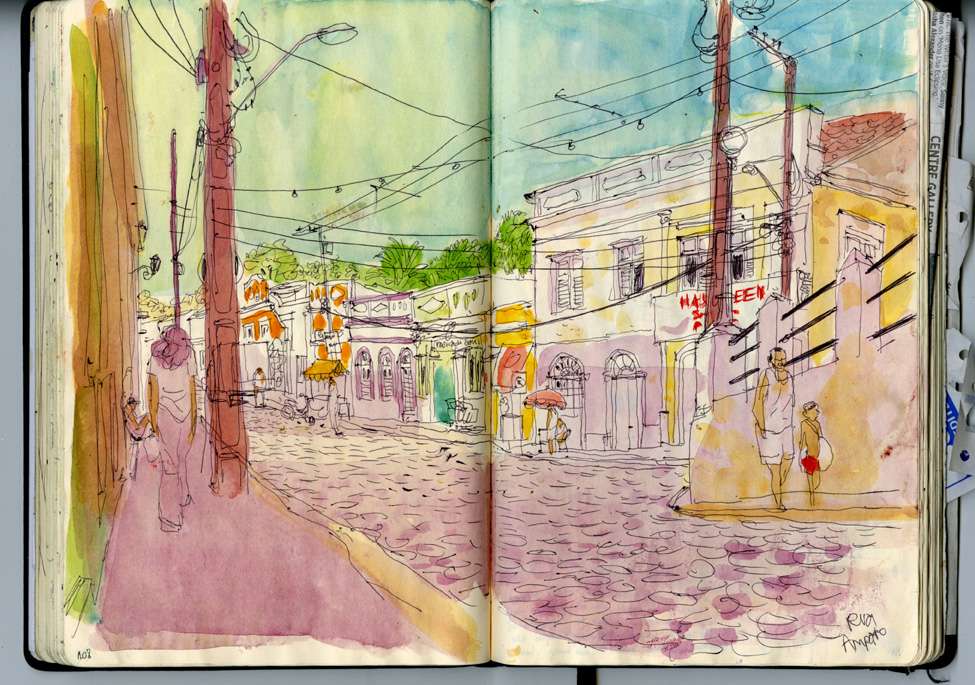 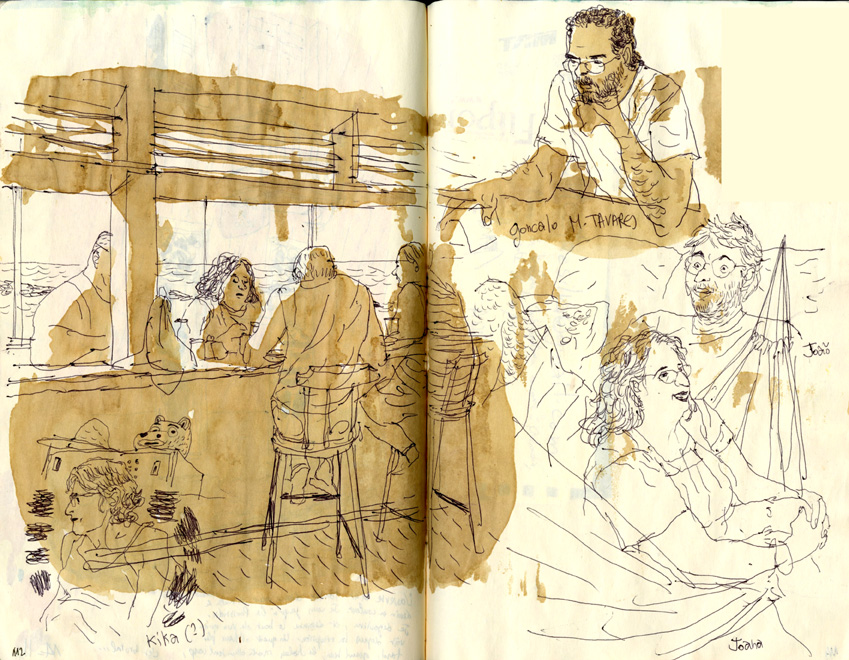 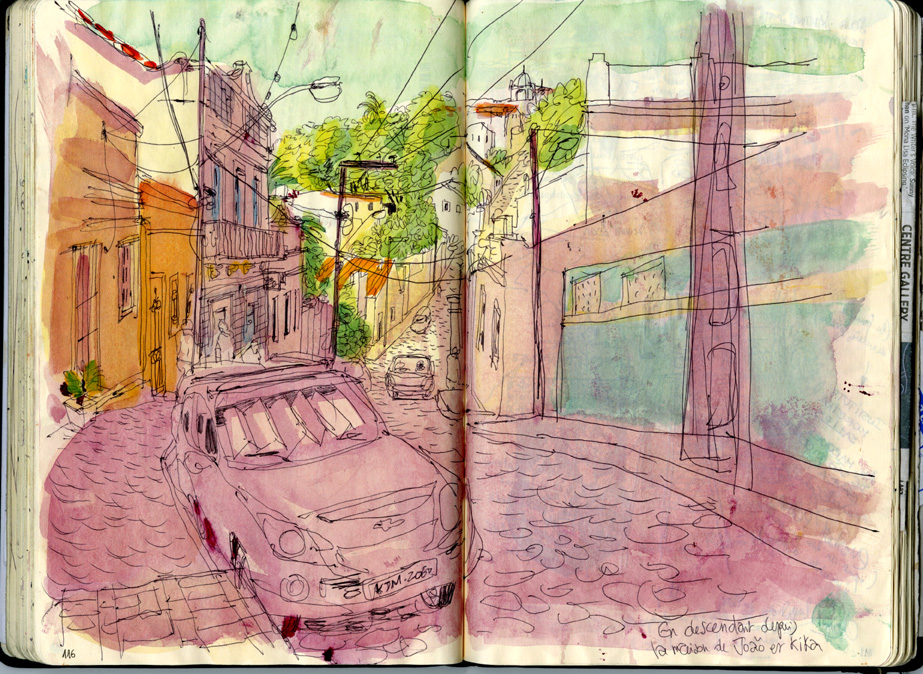