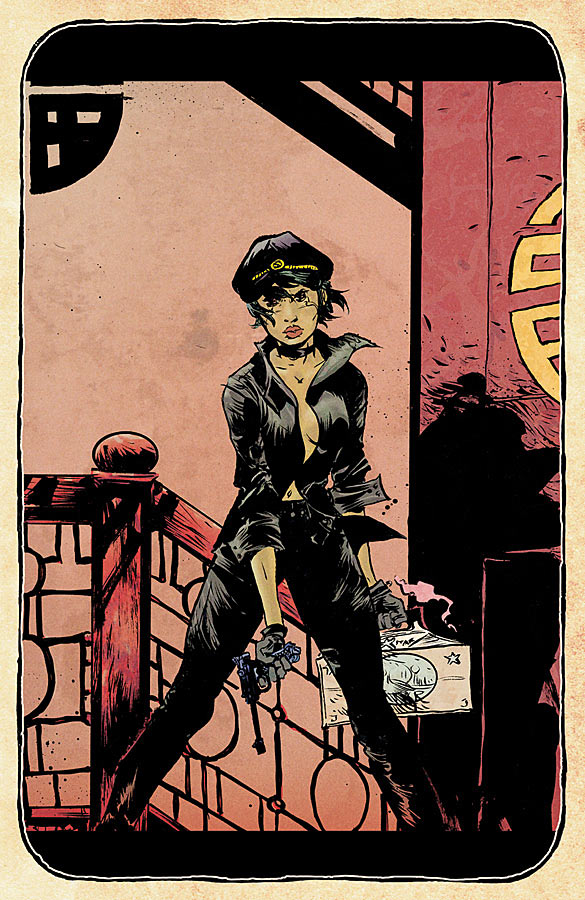 I'm looking to get into Paul Pope's comics work (I don't think I've read anything apart from Batman: Year 100) and so this 228 page Image release of some of his early stuff is pretty timely. I believe the book combines some previously unseen illustrative work along with other short comics: 'illustrations of Rimbaud's poetry and ancient Greek tragedy; manga about curry-eating, troublemaking teenage girls; and paeans to love and sensuality and city life', so it's definitely worth your money. Here's some more info from the press release:
'The first half of the collection is the story "The One Trick Rip-Off" that was originally serialized in Dark Horse Presents in 1995-1996. In a heat-drenched Los Angeles, gangs with names like "The Paid-in-Spades," "The Moolah Muthas" and, of course, "The One Tricks" battle for dominance with each other — and within their ranks. Tubby and Vim are in love and want escape, but they only way they know how is what they've learned in their world. So they set themselves up to be thieves stealing from thieves. And if they fail, it's the end.
A 'nineties West Side Story, with a touch of the surreal and supernatural, "The One Trick Rip-Off" represents, to Pope, a portrait of sorts of himself as a young artist.
"I would say in retrospect, the work in this book is strong," Pope said. "It is early and rough in places, but I was young and I was ambitious. It is good to be generous to your early work as an artist since it is the path which leads you to where you eventually arrive. There is no nihilism in art. The only fault is in stopping. These are the early steps of an artist struggling and striving to be better and to be accomplished," said Pope of his early work. "I hope people enjoy this work. It is aggressive and it is punk rock, and that never goes out of style."
Both editions of THE ONE TRICK RIP-OFF/DEEP CUTS will be in stores on January 16. 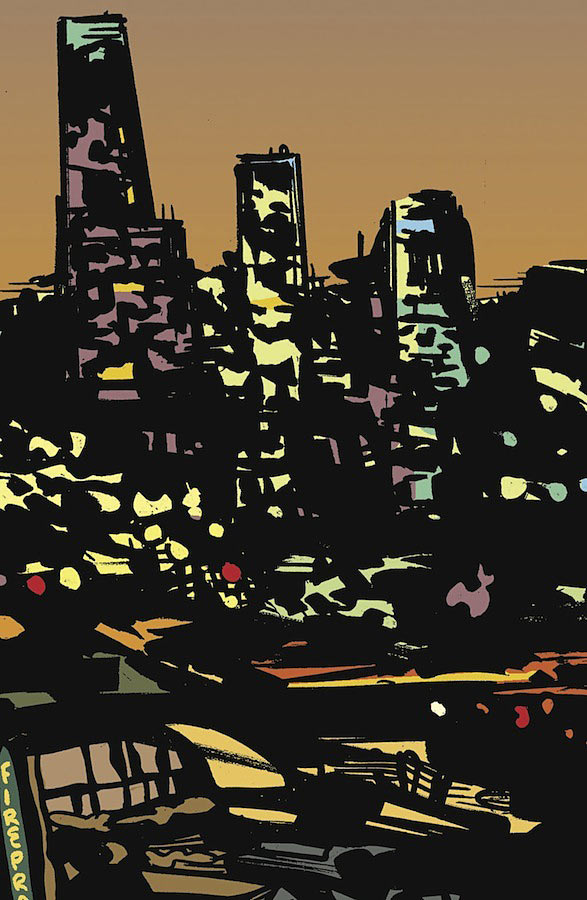 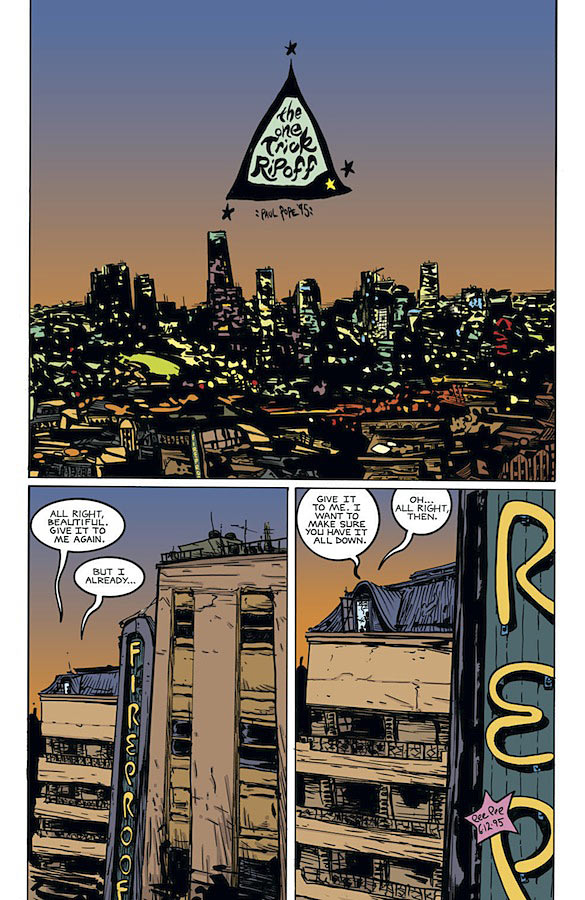 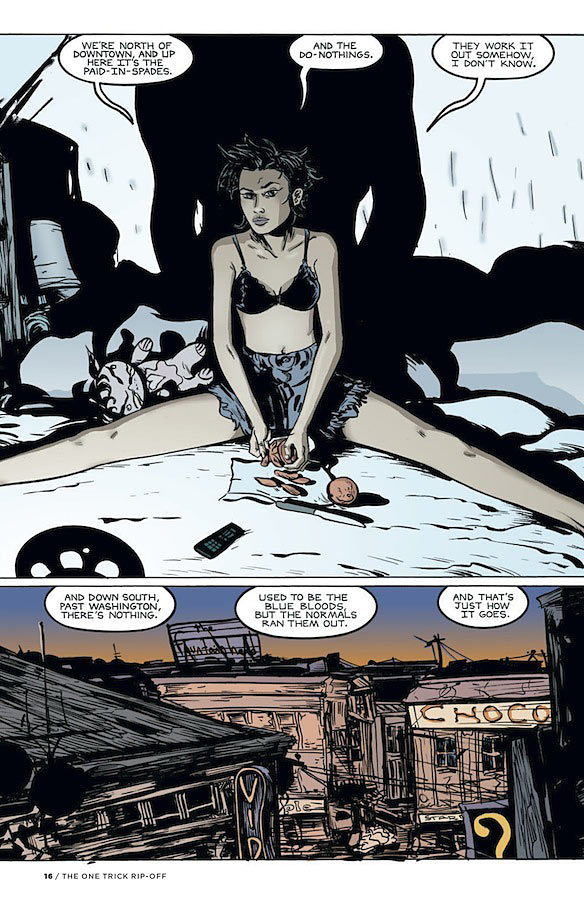 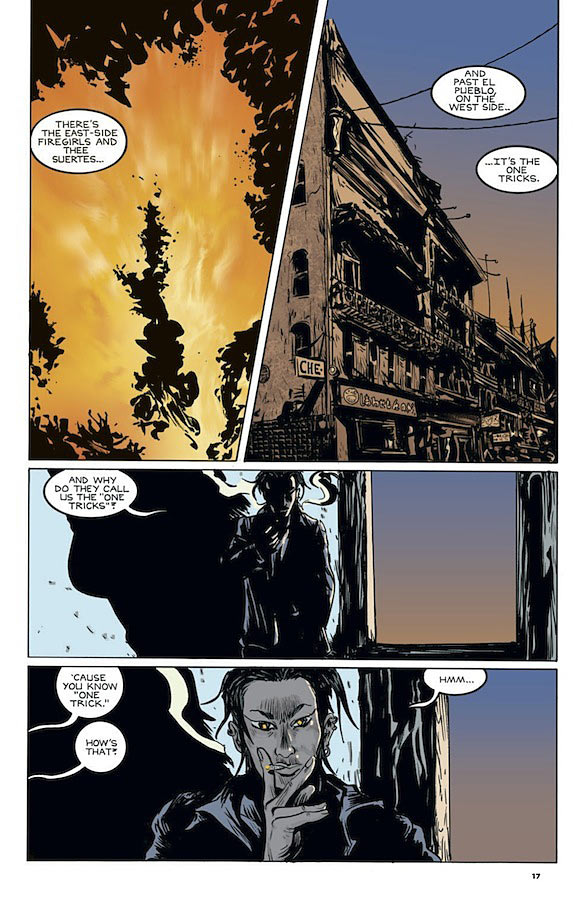 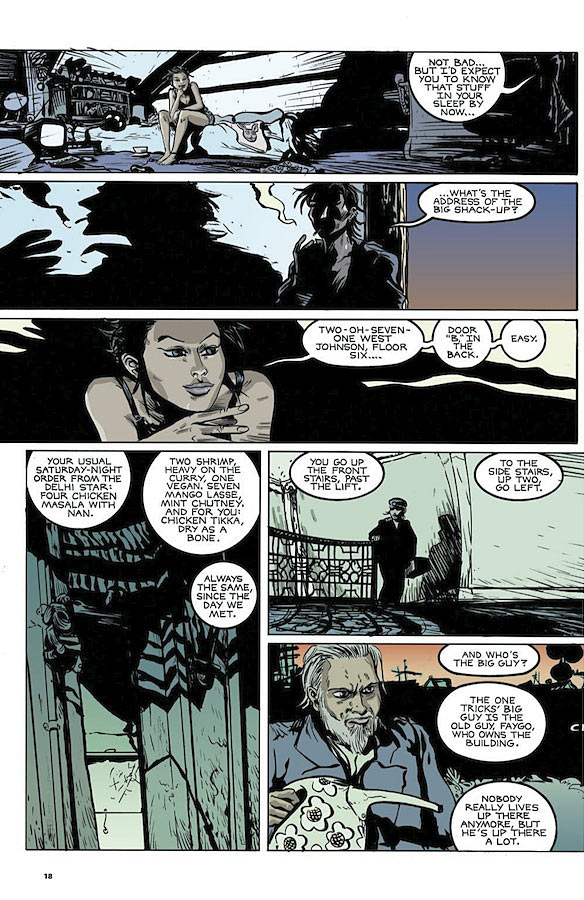 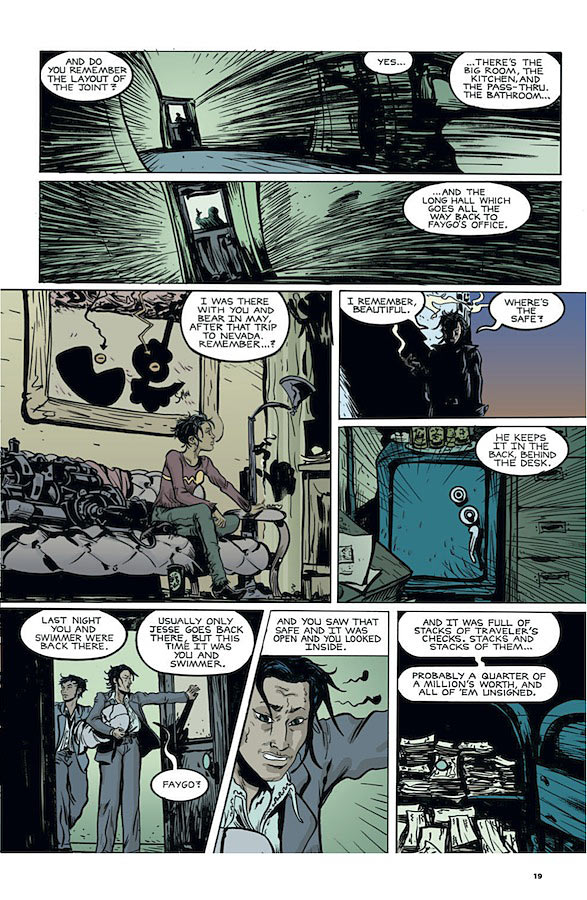 Preview images via CBR
Posted by Zainab at 21:33