Is it a sign of age when you start getting nostalgic about things? I must admit to being rather dismissive of the whole recapturing your youth via the popular culture of the time: often you remember things a certain way, and returning to it can ruin your perception or memory of the original.The replication of the experience, or the emotion associated with the experience, is rarely achieved. Comics folk are perhaps more susceptible to this than others- many start reading them when young and the OCD/collecting fan aspect of the business makes it that much easier, I guess.


When I was a kid I was never into video games- the only two I would enjoy playing even though I was rubbish at both were Sonic and Street Fighter. I either liked cartoony, adventure games or the ones that had a solid amount of story and world-building going on (at the time, I thought  Street Fighter possessed the latter). My favourite character to play was always E Honda, and much to my friends and family's despair I would never change players even as my life force slowly drained away. There was something reassuring and inscrutable about E Honda: even when he lost, he didn't seem to care, he just silently toppled over.


Last year, a friend and I visited the National Media Museum in Bradford, who were having a video game retrospective, and there in all its glory was a Street Fighter arcade game console. There was E Honda, unchanged by time, inscrutable as ever, bouncing and shifting oh-so-slightly, ready to go as if the only thing he had been waiting for was for me to pick up those controls again. I won that game. (I them proceeded to lose all the others, but it didn't matter a jot). I've always been slightly bemused by the permeation of nostalgia in our society over recent times, but I understood it fully that day. It was such a small thing, not one I would consider a large or significant part of my childhood, but returning to it in that moment bought such genuine joy. Coincidentally, Udun are releasing a new hardback Street Fighter comic at the end of this month -you can see a preview here.
Oh, and here's what prompted that ramble: last weekend Dan Berry drew and posted his brilliant watercolour recollections of the game's characters. You can see more at his site. If you could also badger him to produce a Street Fighter comic, that would fantastic too. 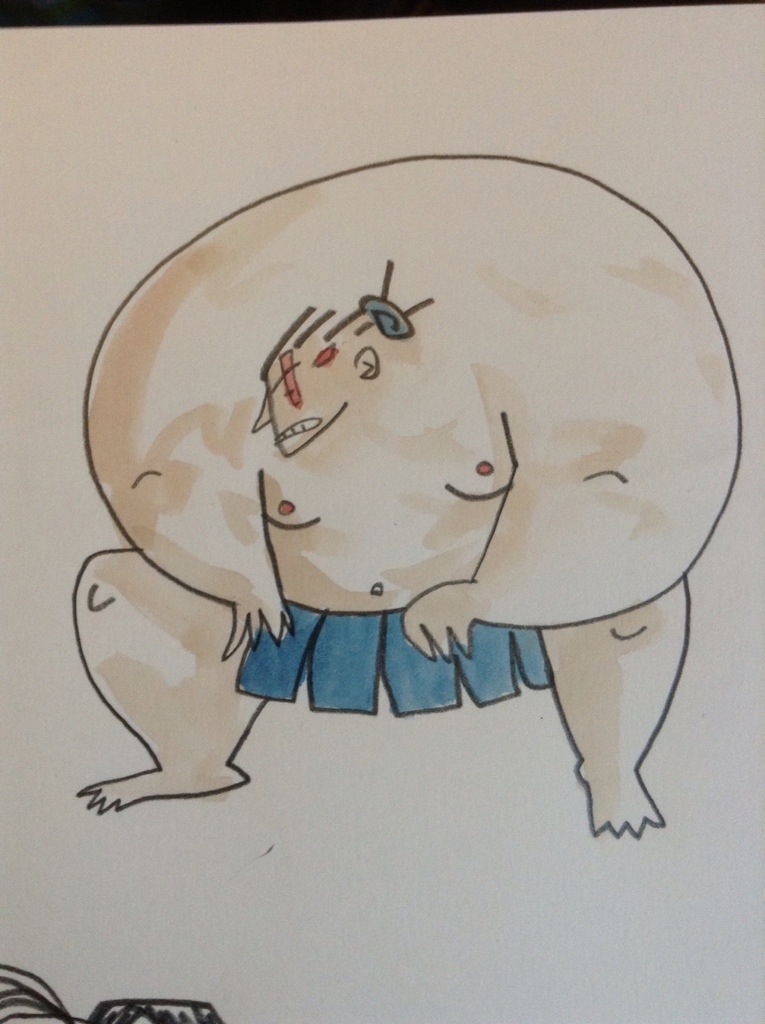 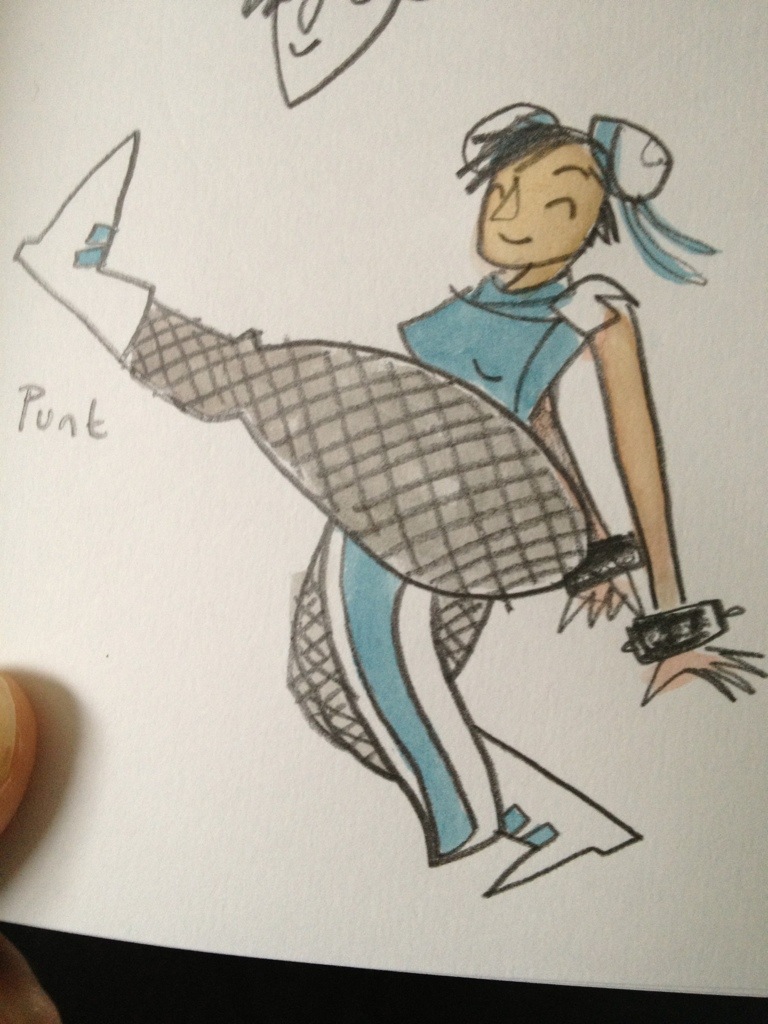 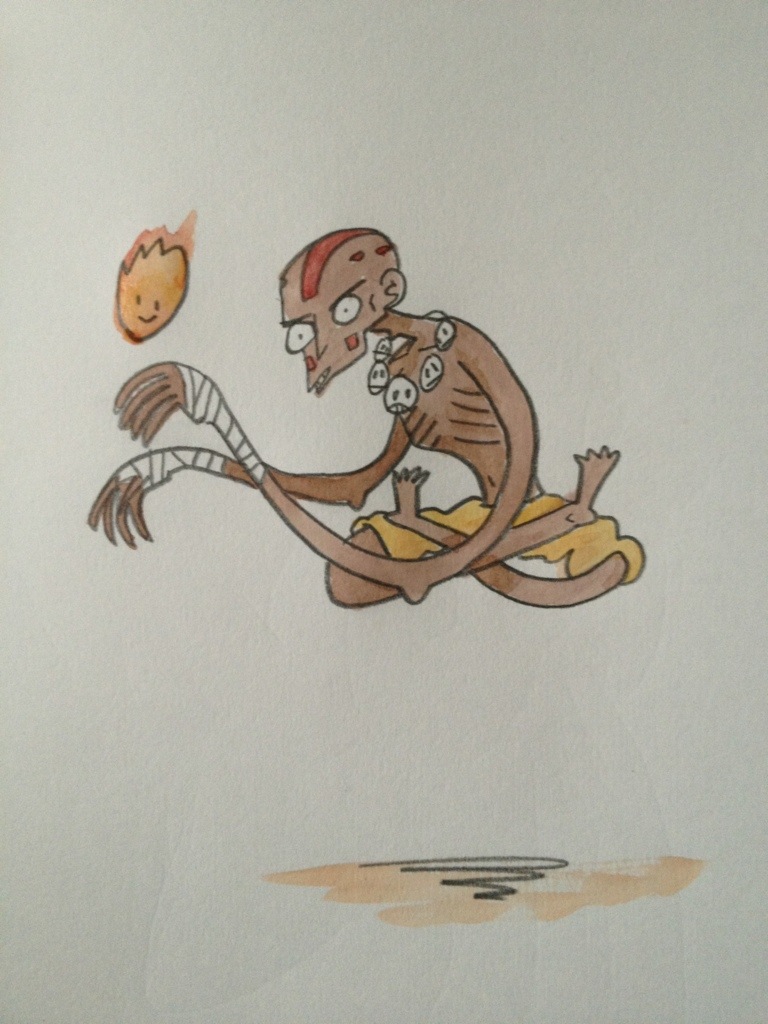 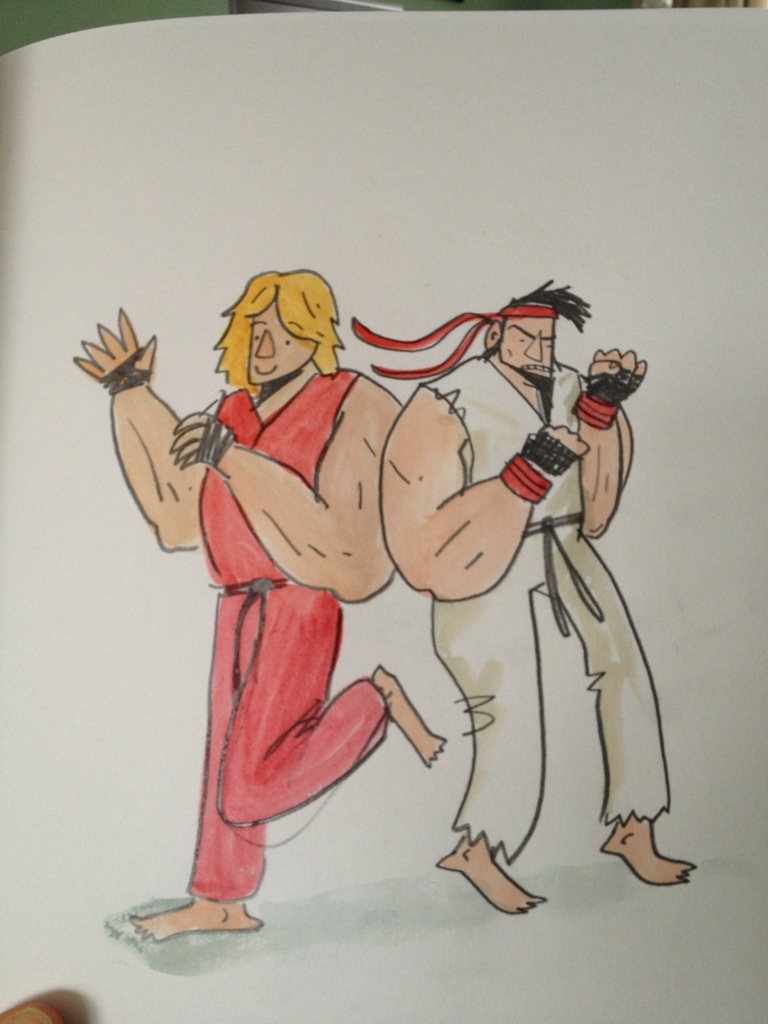