It seems every year we get a debate over the status of Tintin in the Congo: whether it should be accessible to children, which section it should be shelved in in bookstores and libraries, or if it should be available at all. I think it's important to begin with the assertion that the book is both racist and offensive. You'd be hard pressed to argue that page after page of grotesquely caricatured thick-lipped, 'savage' black people supplicating -quite literally- to a white man is anything other than immense stereotyping. The main and popular counter-argument against this is that the book is 'a product of its time' and reflective of the views of that time. This does not make the book less racist: essentially what's being said there is racism was more outwardly rife and acceptable in the 1920s and as the book permeates those ideologies (which we would hope no longer exist), all is well. That contextual distinction is perhaps fine for adults who are able to make it, but Tintin is a series aimed at children.

The debate stems, I believe, from the acknowledgement that the book IS racist, and one of the most frequently challenged books in libraries and stores around the world, which puts librarians, teachers and booksellers in a quandary as to what they should do with it. The discussion surrounding it is angled more towards the issue of censorship; both libraries and bookshops have attempted to resolve the matter by shelving the book in the adult section. When I bought my copy, it came with a red paper band around it, with large bold letters pronouncing it a collector's volume. On the reverse of the band in much smaller text was that familiar refrain: 'This book is very much of its time. In his portrayal of the Belgian Congo, the young author reflects the colonial, paternalistic attitudes of his era. Some of today's readers may find his stereotypical portrayal of the African people offensive.'

Herge's regret over the book is fine, but generally pointed out so as to absolve the author of any negative connotations. Nor does Herge going back and editing a page here and there change anything: the book remains racist in its depictions. Tintin is practically an industry in Belgium and Herge one of the foremost comic figures in the world, so there's a vested interest in defending both. The issue, however, remains. There are two things I (and most people) am against: banning books and editing them in any way other than the author intended. So what, if anything, can be done with Tintin in the Congo? 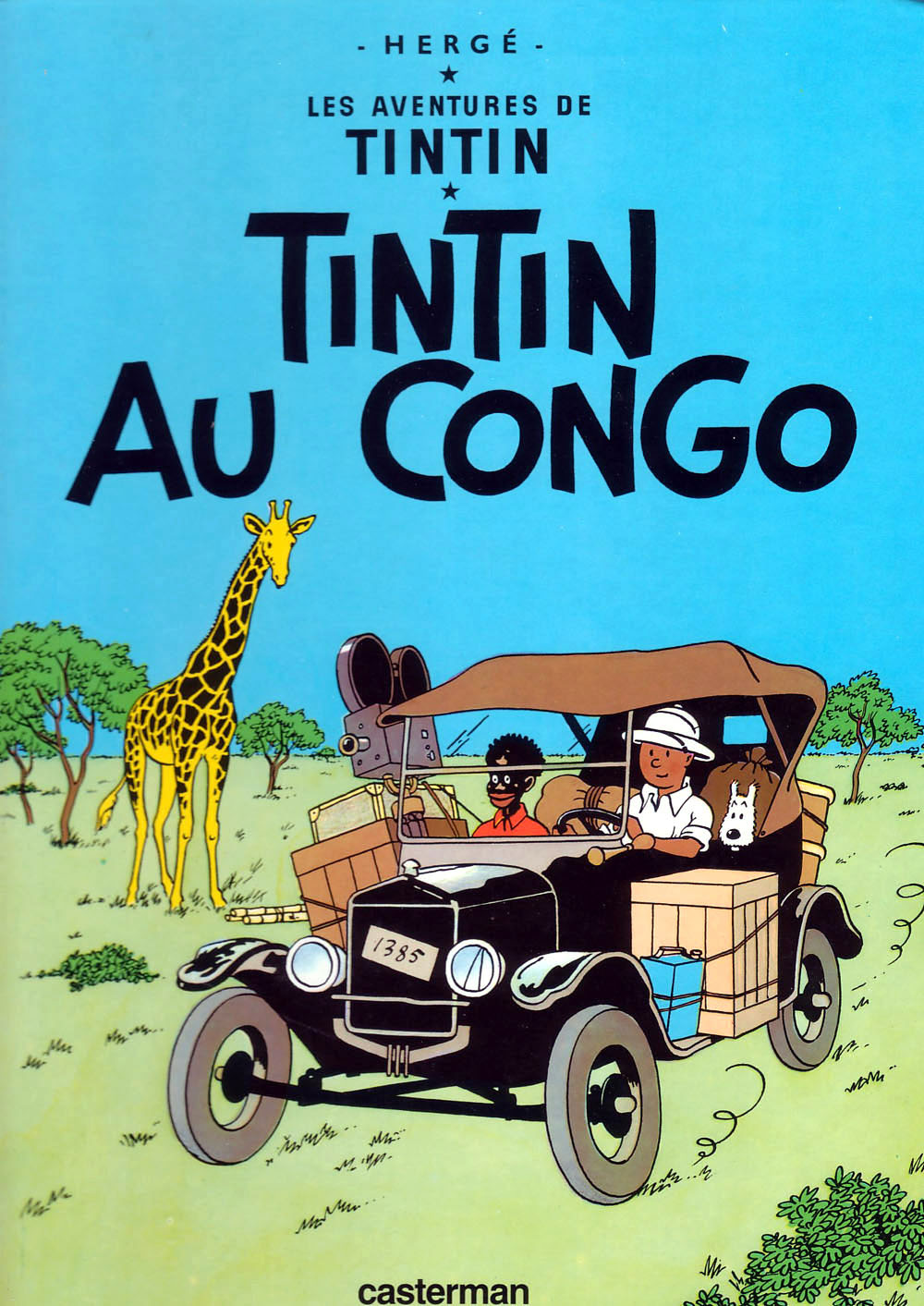 In 2011 Professor Alan Gribben, a notable Twain scholar, released a revised edition of Mark Twain's Huckleberry Finn. In the edited version, the word 'nigger' was substituted for 'slave' and the word 'injun' for 'Indian'. Gribben's reason for editing the book was well-intentioned: Twain's use of these terms had lead to a significant decrease in classroom use in the US, with teachers uncomfortable with teaching the book and parents frequently challenging its use. Huck Finn is perhaps a different kettle of fish though- Twain's satire is about racism and not racist in itself. The repetition of the word 'nigger' -and Twain uses it a good 200+ times in the book- is supposed to provoke certain reactions, ideas, thoughts, and in  censoring those words it removes Twain's intended language and diffuses the power of the book.  Arguments about creative integrity aside, once you alter a text in any way, however small, it becomes just that: a changed text from what the author originally intended. Ironically, the practice of textual intervention has been going on in an 'acceptable' manner for decades- most notably with literary classics, abridged versions, and I'm not sure that any students learn Shakespeare's plays in their original guise anymore.

But Tintin isn't a satire, nor does it feature archaic language. The option of 'editing' (whether you agree with it or not) isn't applicable here, as that would most likely constitute the whole book. The problem is the proposed audience of the book: young children.

The above panel from Tintin in the Congo originally had him teaching young African children about their colonial rulers in Belgium. When preparing the colour version of the book in 1946, Herge changed it to the panel below, where Tintin teaches them arithmetic instead.

The ruling by the Belgian courts in December last year that not only found the book not racist but exhibiting, apparently, 'a gentle and candid humour' was in response to a case bought in 2007 by Bienvenu Mbutu Mondondo, an immigrant from the Congo, and the Belgian Council of Black Associations. Their assertion was that “The negative stereotypes portrayed in this book are still read by a significant number of children. They have an impact on their behaviour.” So the matter becomes one of the permeation of ideology and its effect; is it alright to make accessible to young children a racist book, when they may not understand the context in which it was written? I didn't read Tintin in the Congo until a few years ago, so I can't say how it affected me as a child, or how aware I was of the representation of African people, but there's a case to be made, I think, for the potency and power in the visualisation of images exposed to children over words.

Context is the crucial factor. The book currently includes a short foreword that effectively repeats the 'preservation of history and social attitudes' line of the red band. It's not enough to simply softly say that the book and its representations are a product of their time: what's required is education. It should be made clear that that time was a less understanding, more intolerant and wrong time and that such views are unacceptable today, although how effective such a forwarding essay would be is anybody's guess. As for having the book available to children, my own view would be to shelve it in a designated 'parental guidance' section/shelf, so that parents can decide for themselves at what age they think their child would comprehend the context in which it was created. Until that time, Herge wrote 23 other Tintin books which children and adults all around the globe have treasured for over 80 years.
Posted by Zainab at 15:26