I love Dan Hipp's art; I like when an artist's work is distinctive and instantly recognisable, but the pyschadelic gamer/ing elements in it make me happy too. Here's some alternative Tintin covers he did, mashed up with some famous films (the Alien one is my favourite, as expected): 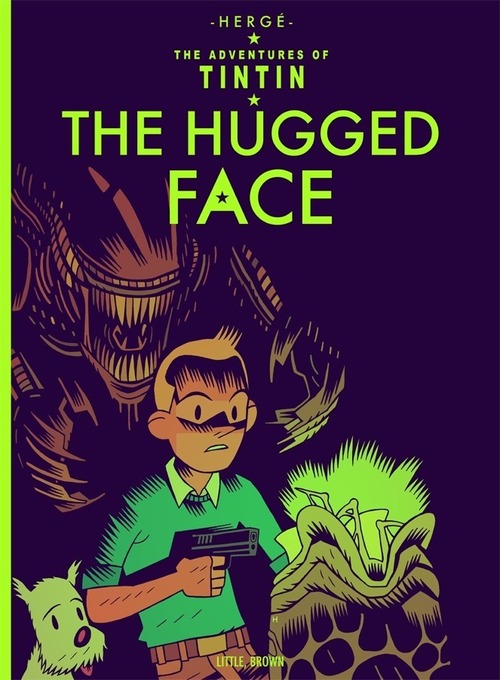 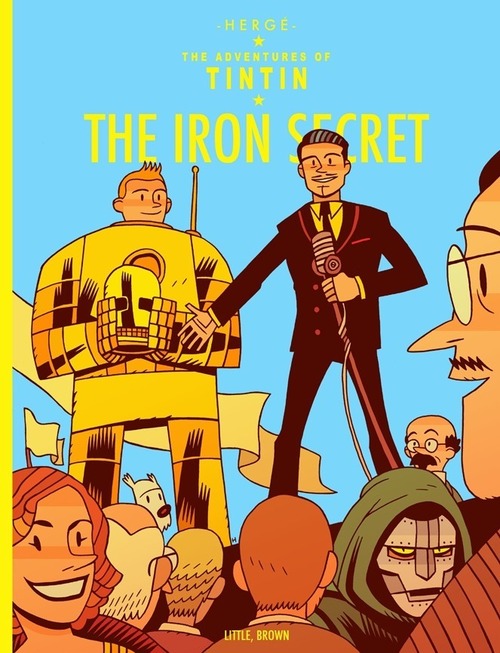 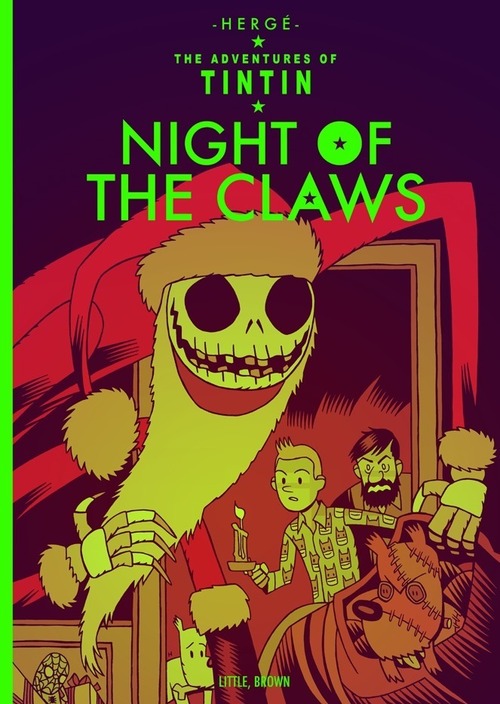 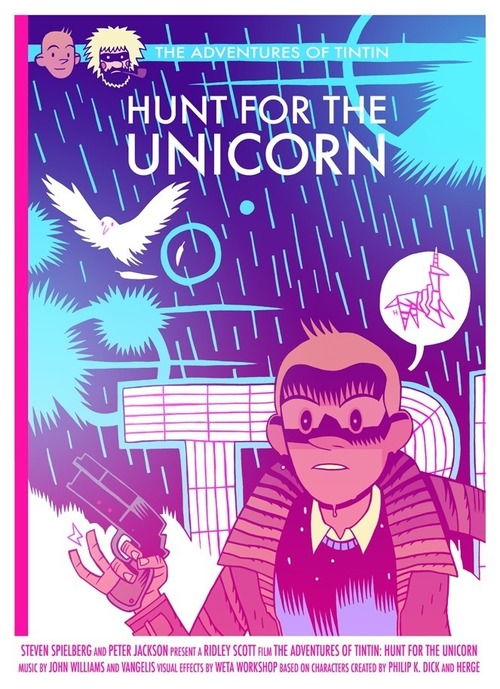 I have been after the Encyclopedia Prehistorica:  Dinosaurs book for a while and my gorgeous cousin bought it me for my birthday (thanks, Clark!xx) Quite honestly, it is even more magnificent than I'd imagined it to be: and I had HIGH expectations, being mad on all things dinosaur related. It's been put together by Robert Sabuda and Matthew Reinhart; Sabuda is famed for his pop-up and paper engineering work and this is a prime example of his incredible skill.

Each double page spread has one, main large pop-up beast scene, and then at least four smaller flaps which open up to reveal more text and pop-ups. It's a feat of engineering and design, with information compacted in every space, yet never does it feel cluttered or squashed in. There's information and trivia on the outer of the flaps as well as inside and they tuck neatly into secure cardboard corners to best preserve them from spilling out and being easily torn. And the colours used are just beautiful.

I took a few photos to try and show you how spectacular this book is, but it's best seen in person. If you like dinosaurs, or know anyone who does, I can assure you this is the perfect gift. I really want the Sharks volume in this series now! 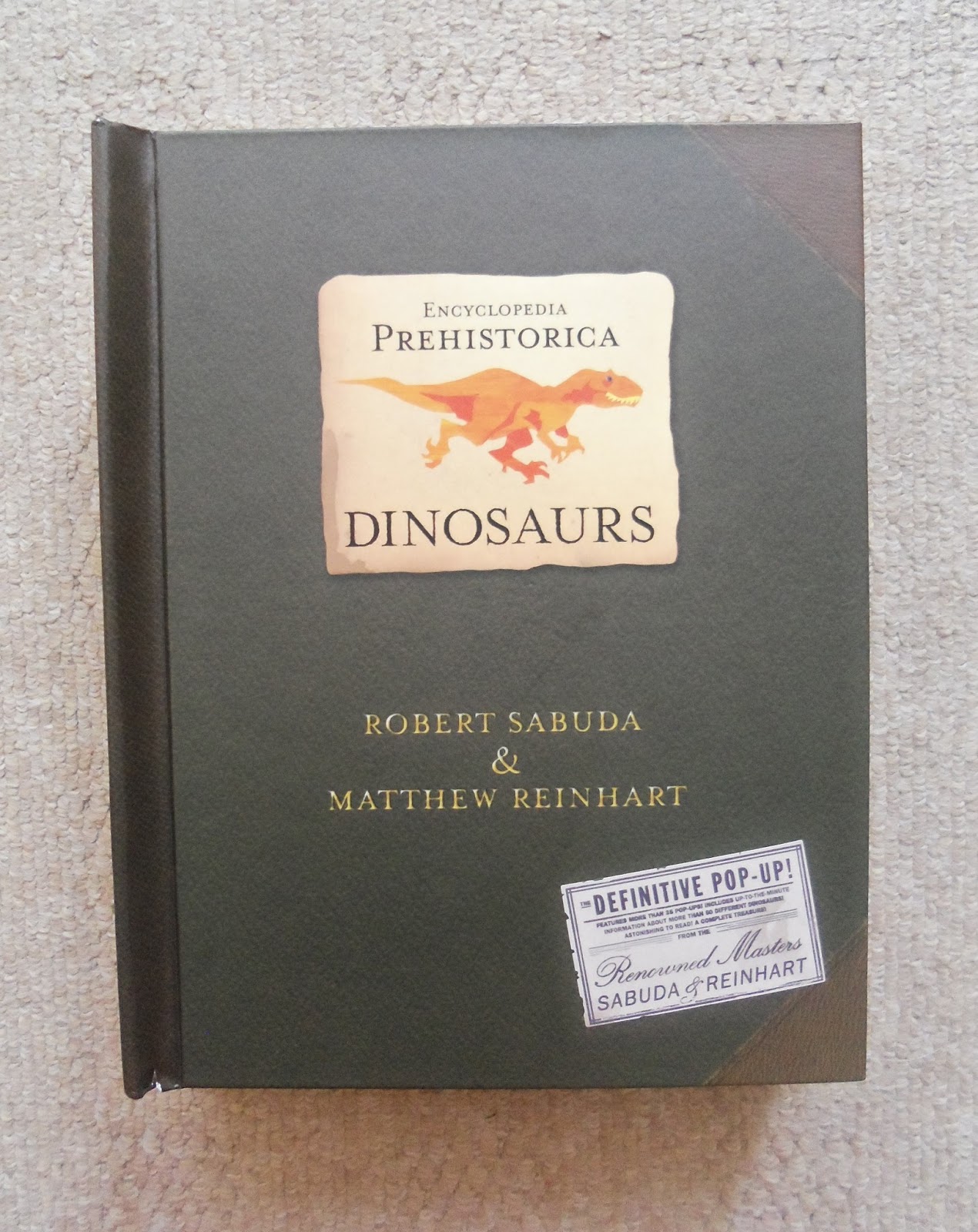 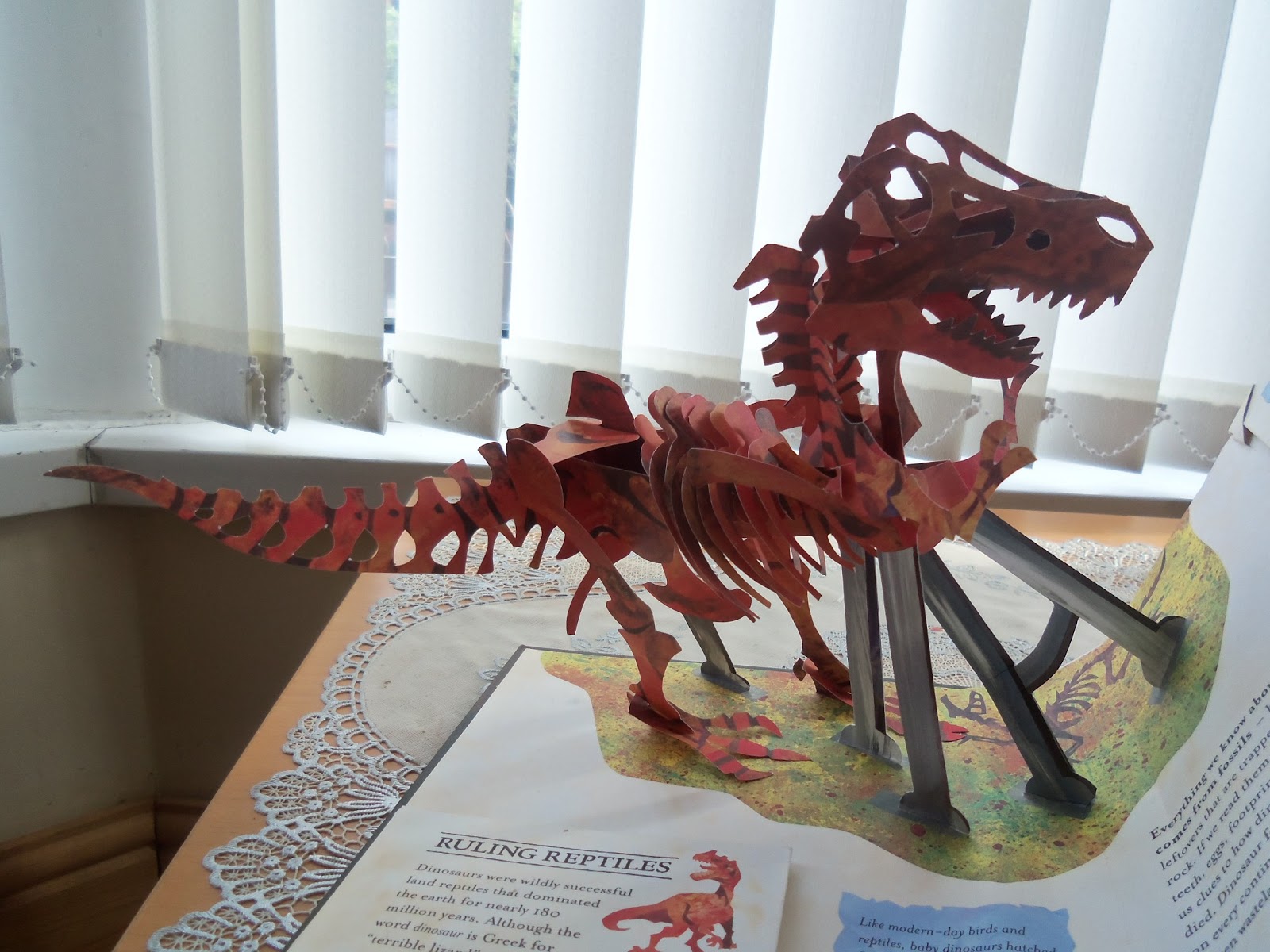 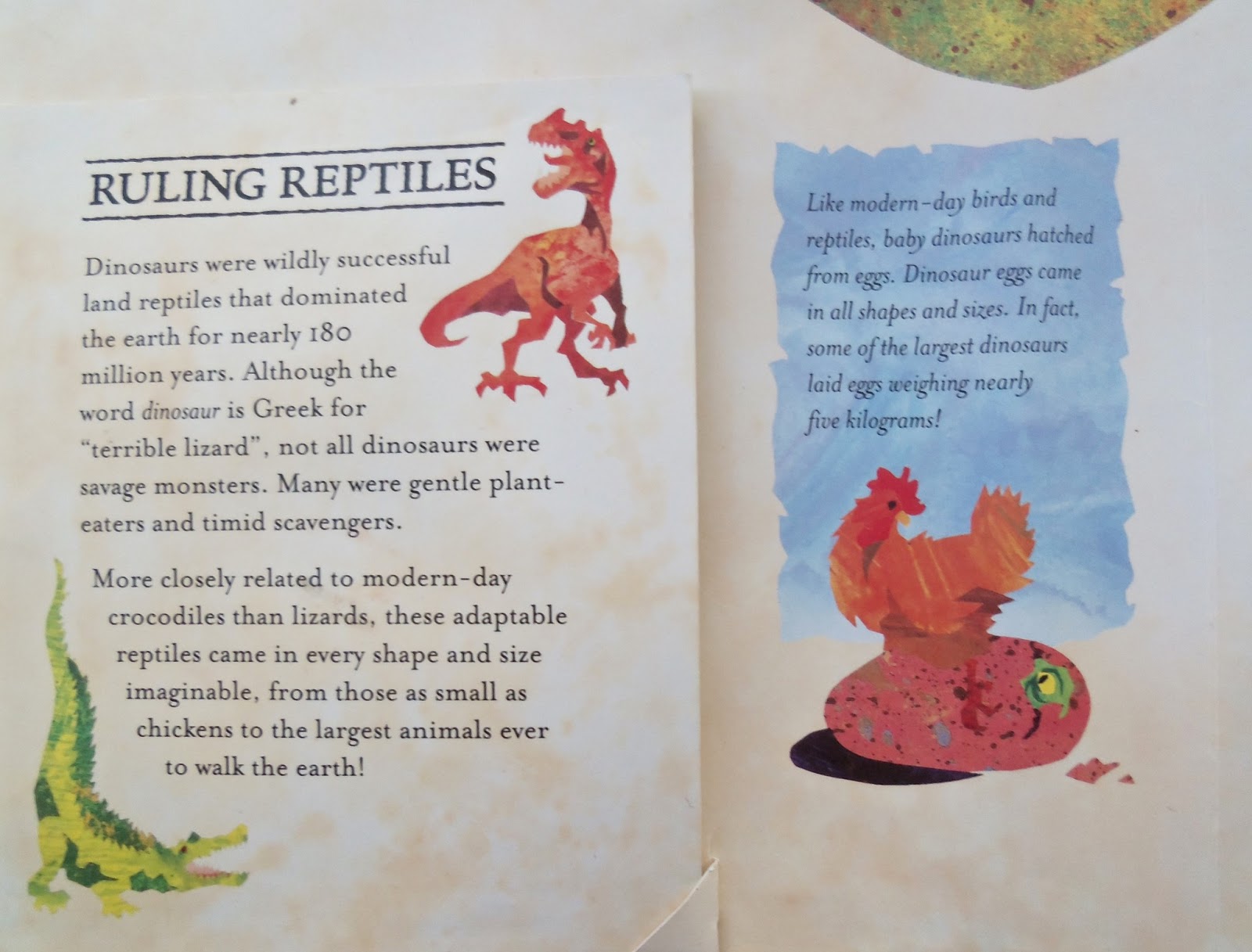 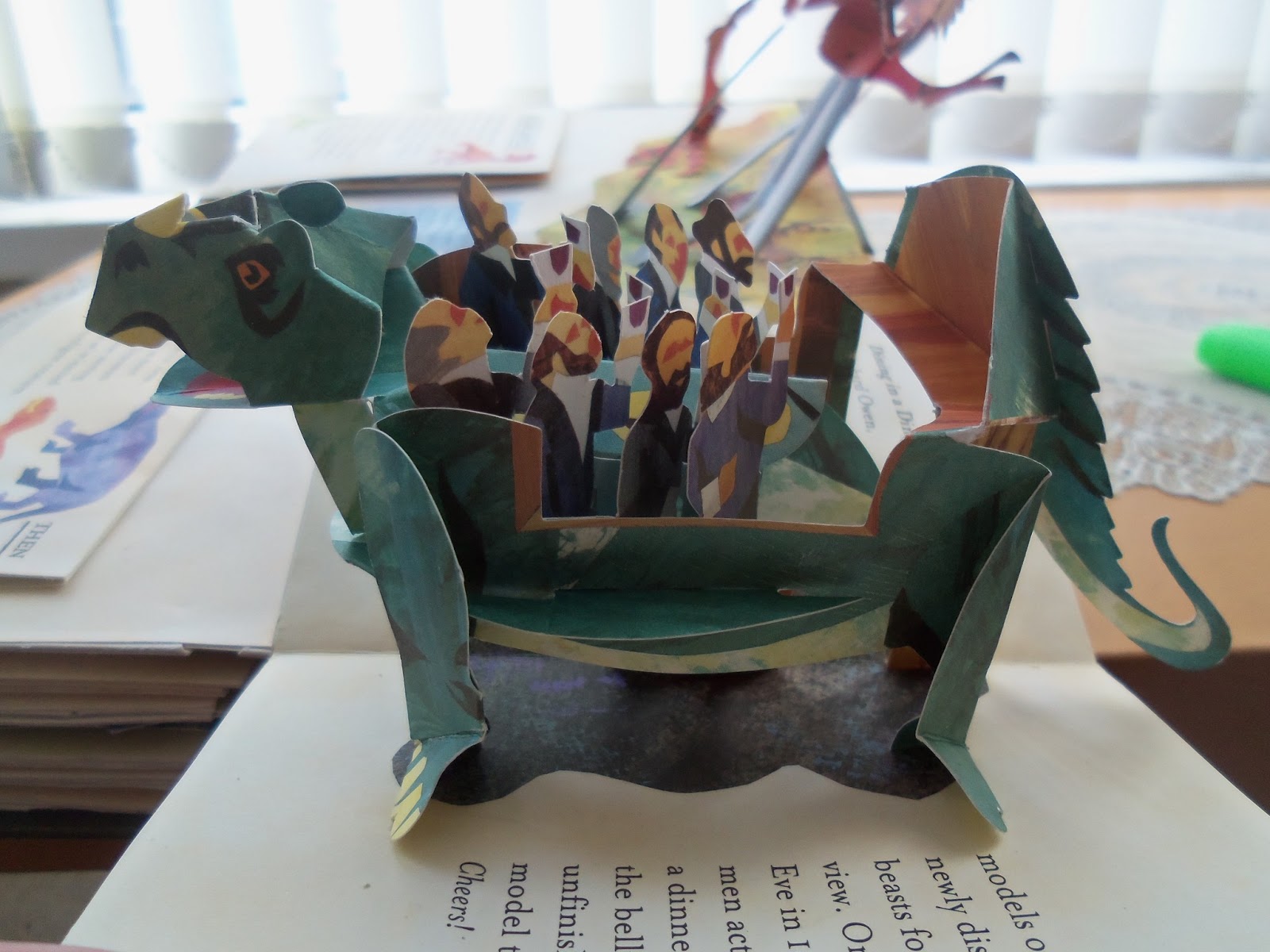 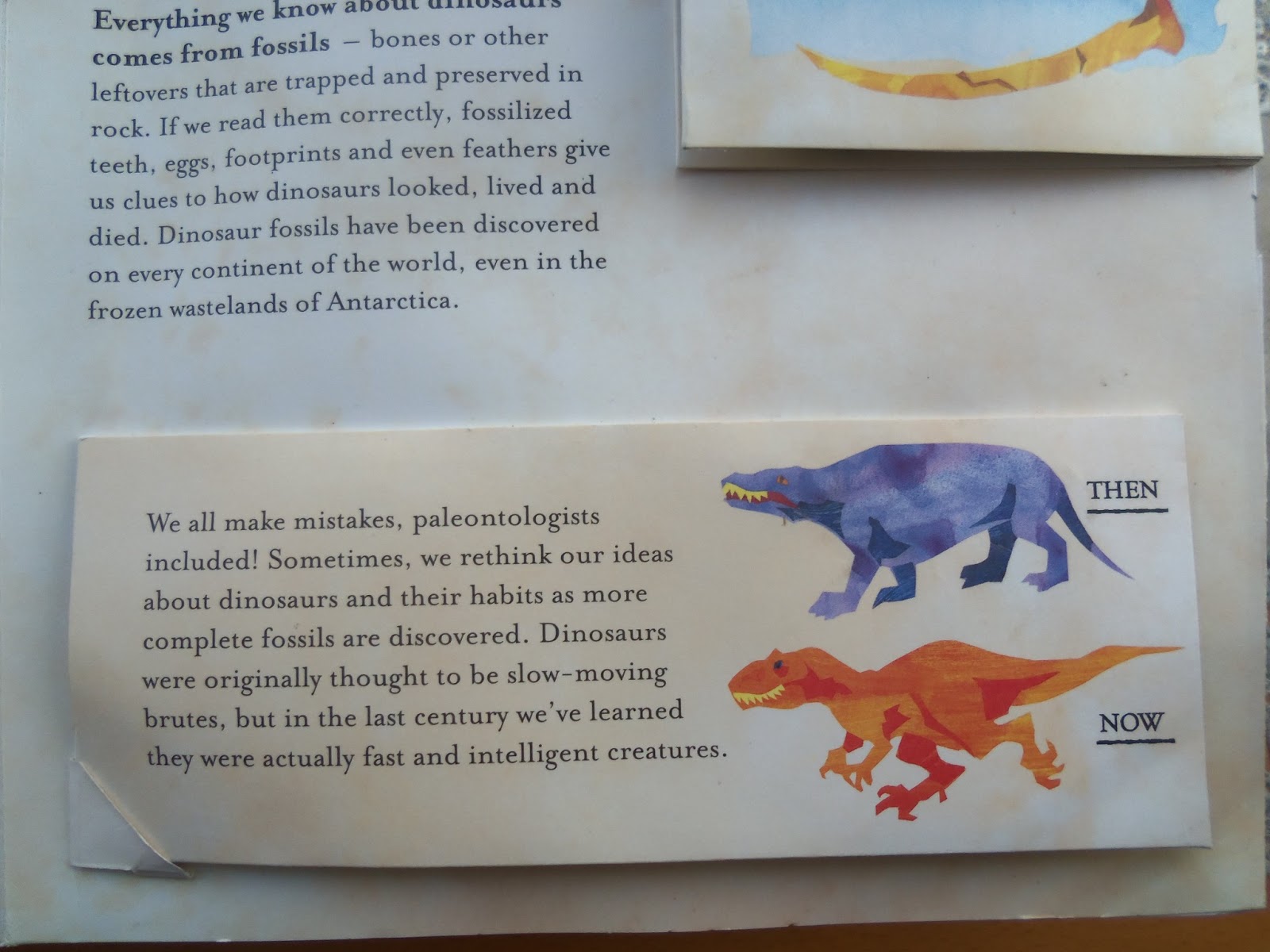 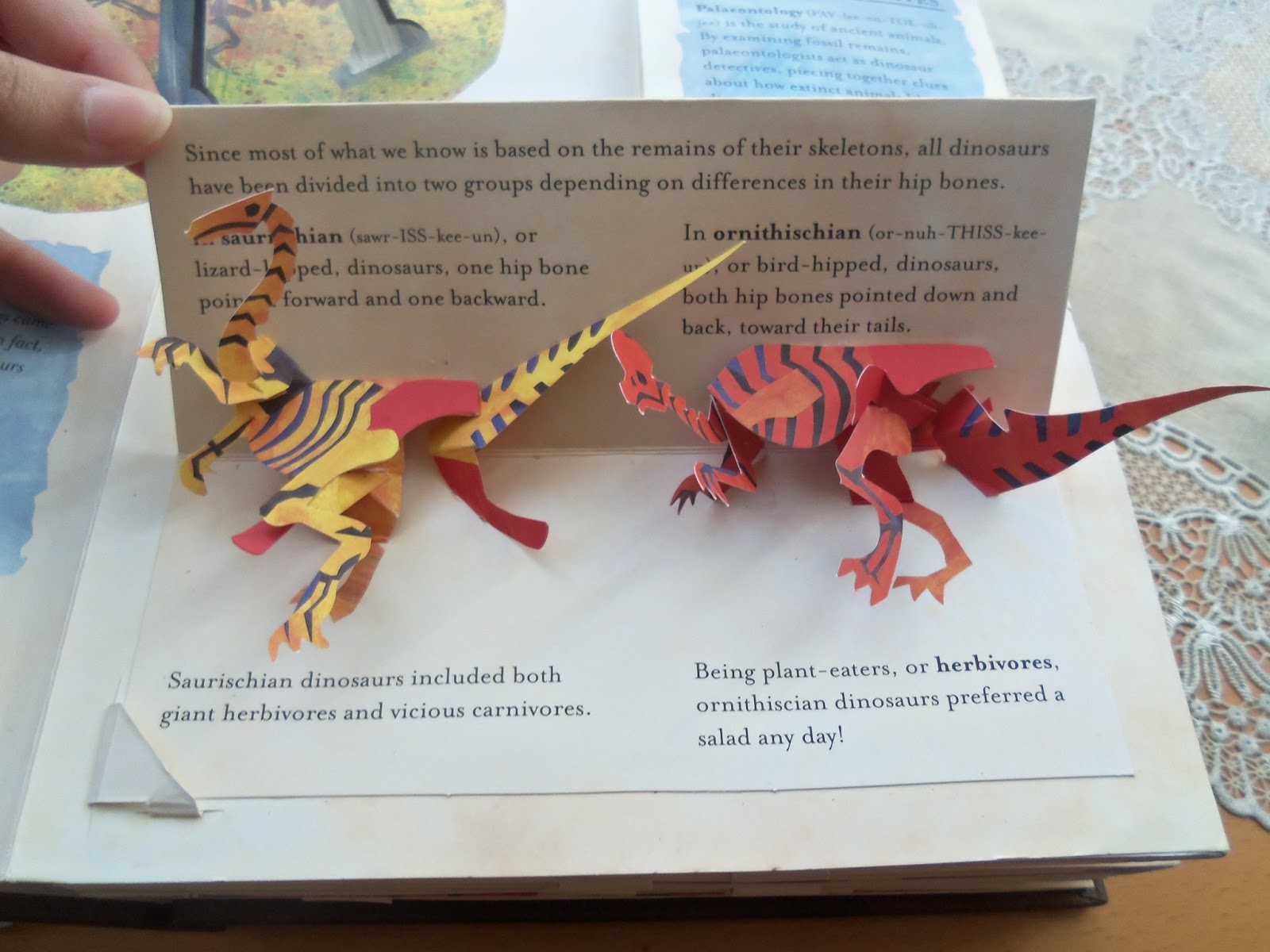 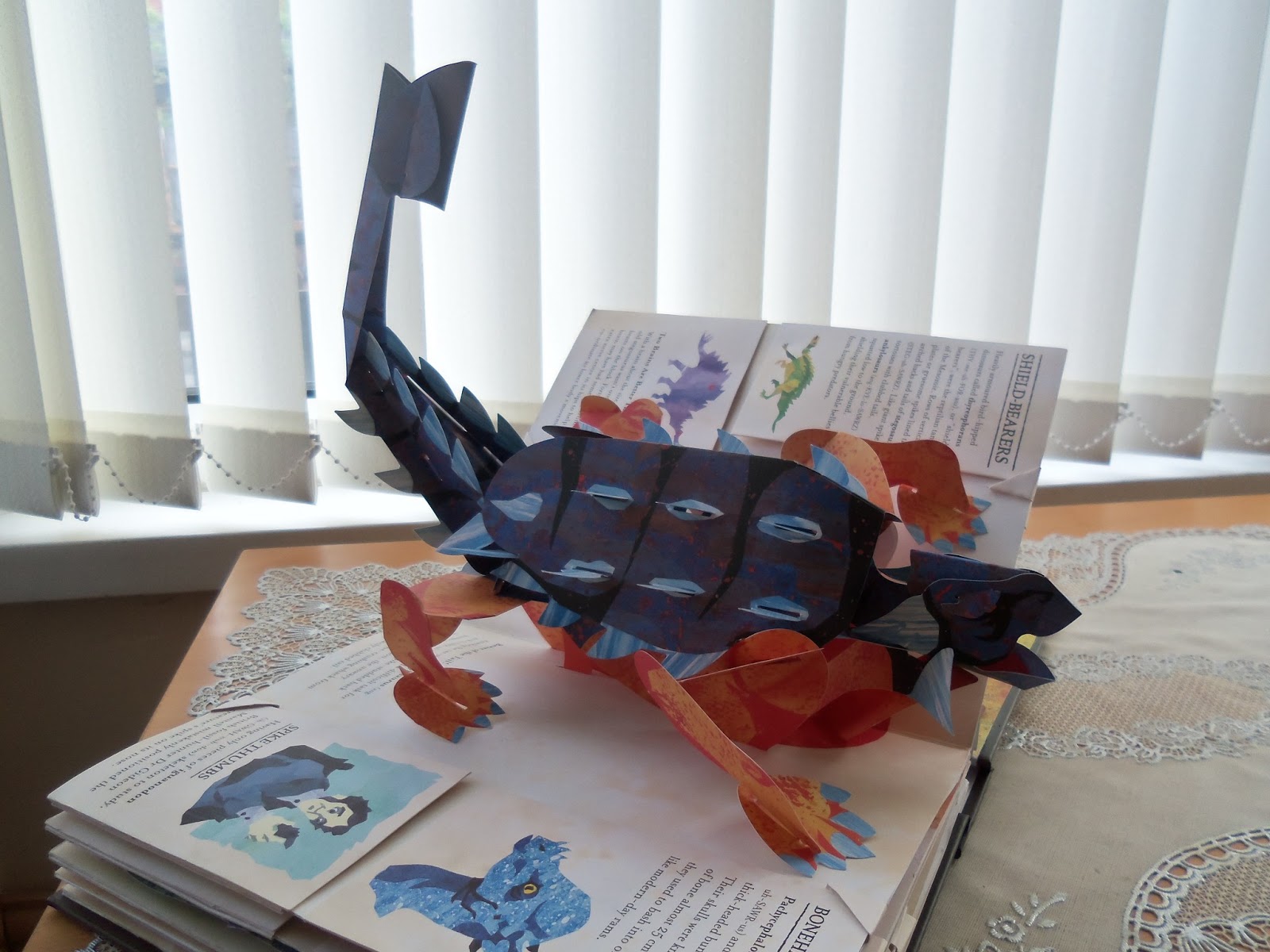 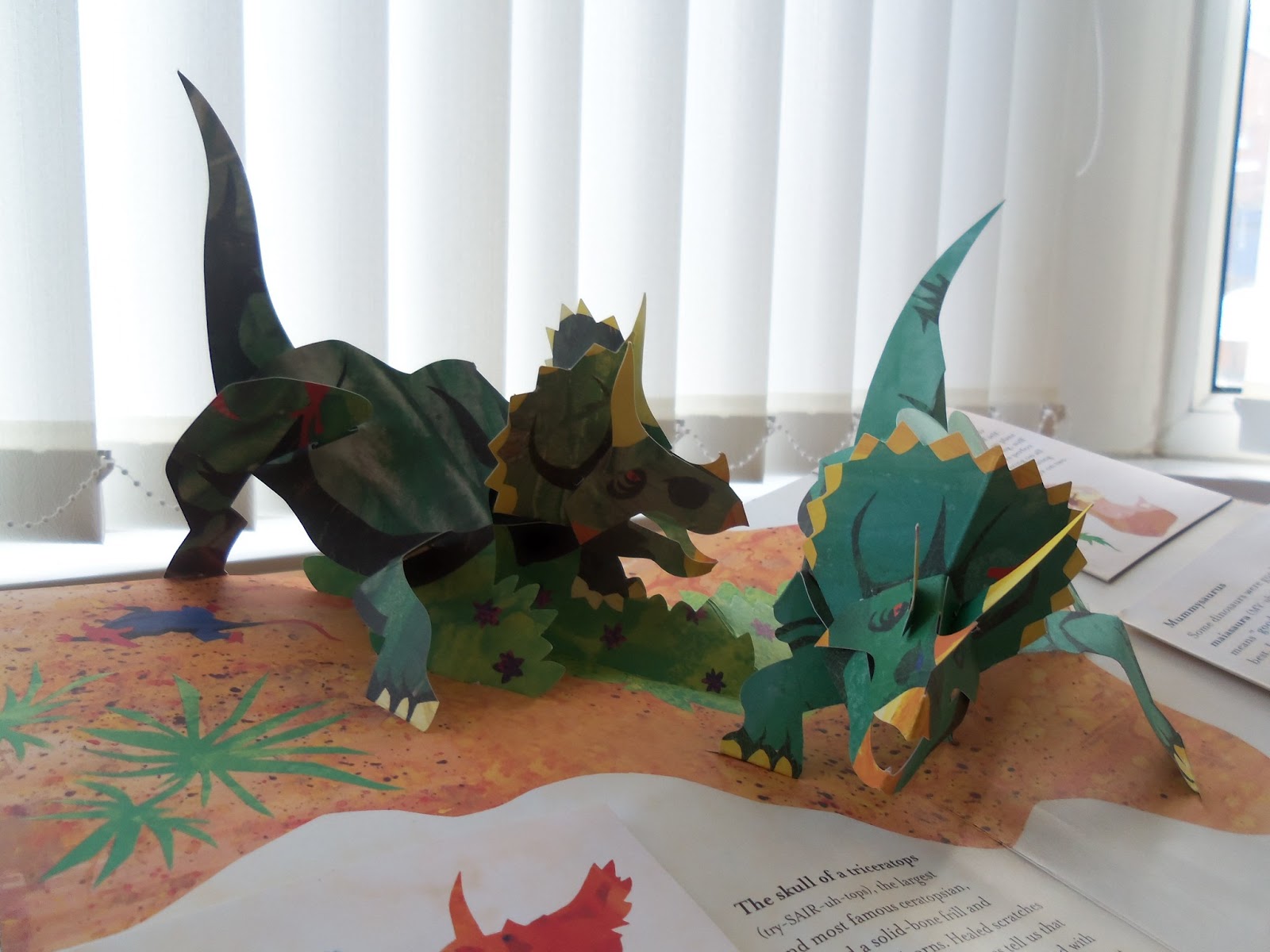 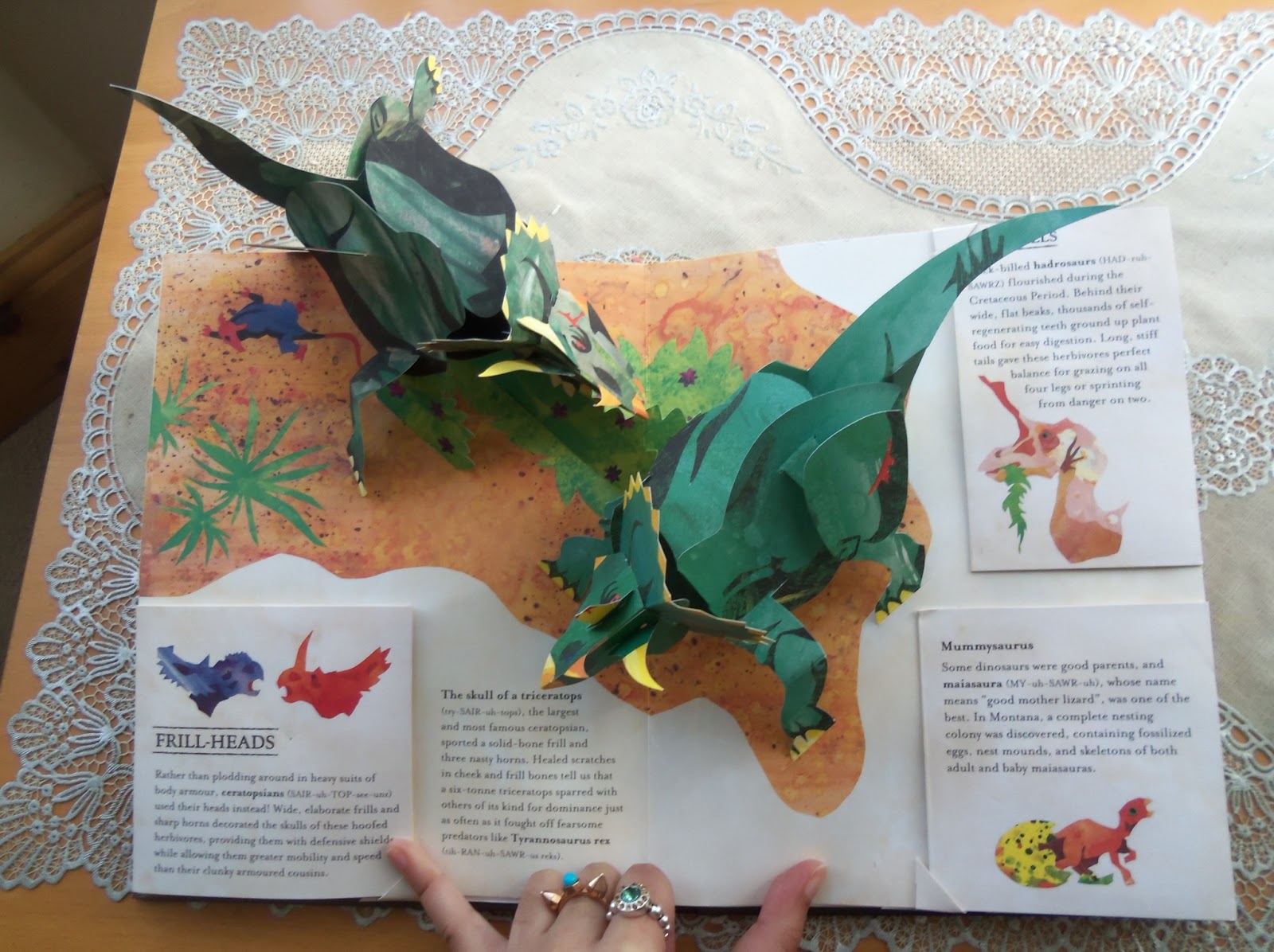 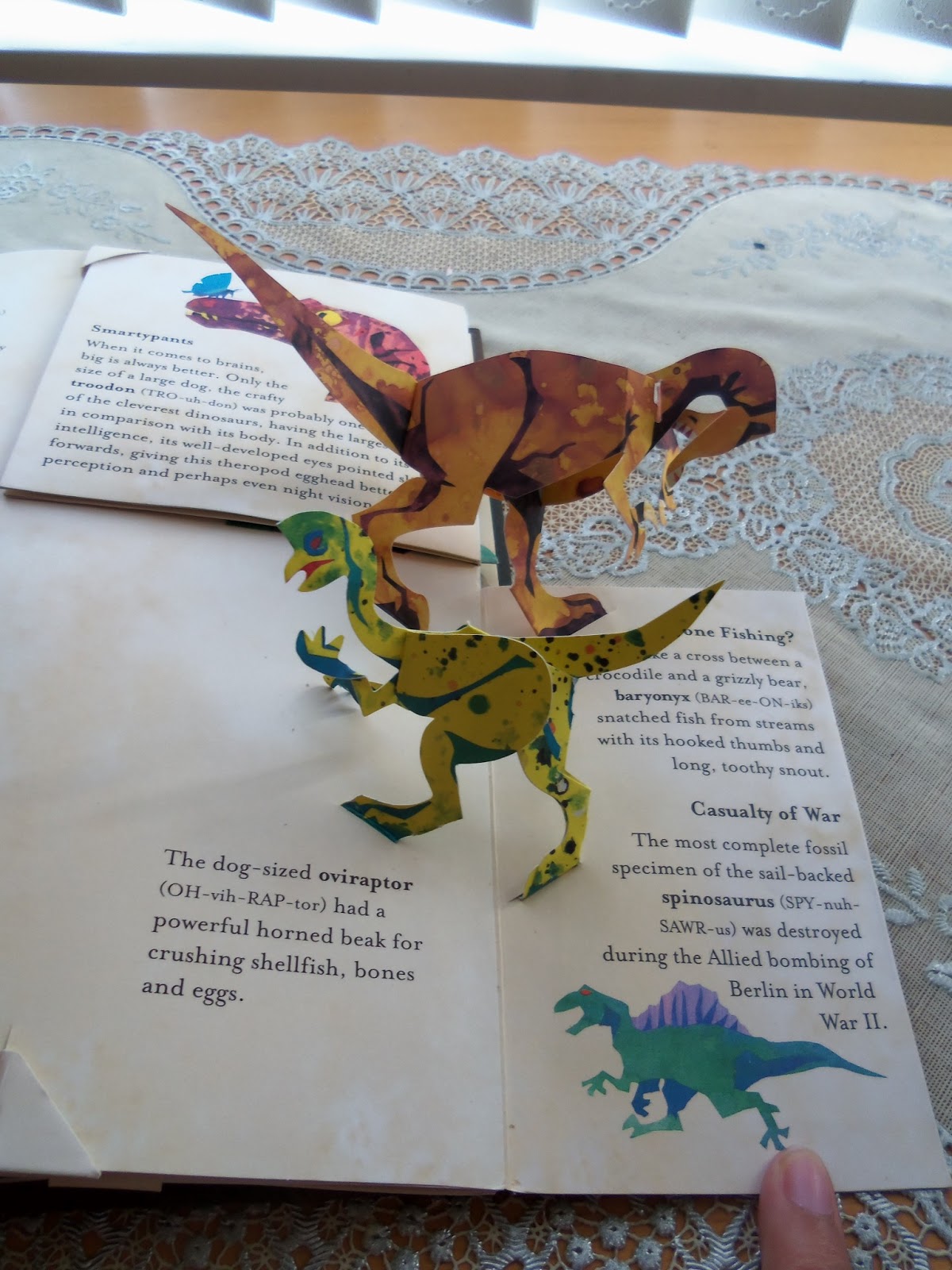 I went to my sister's today and she gave me this as an early birthday present (it's on Friday). I've told myself I'm not allowed to read it until I've finished this assignment and made some headway into another. SO.....HARD.... 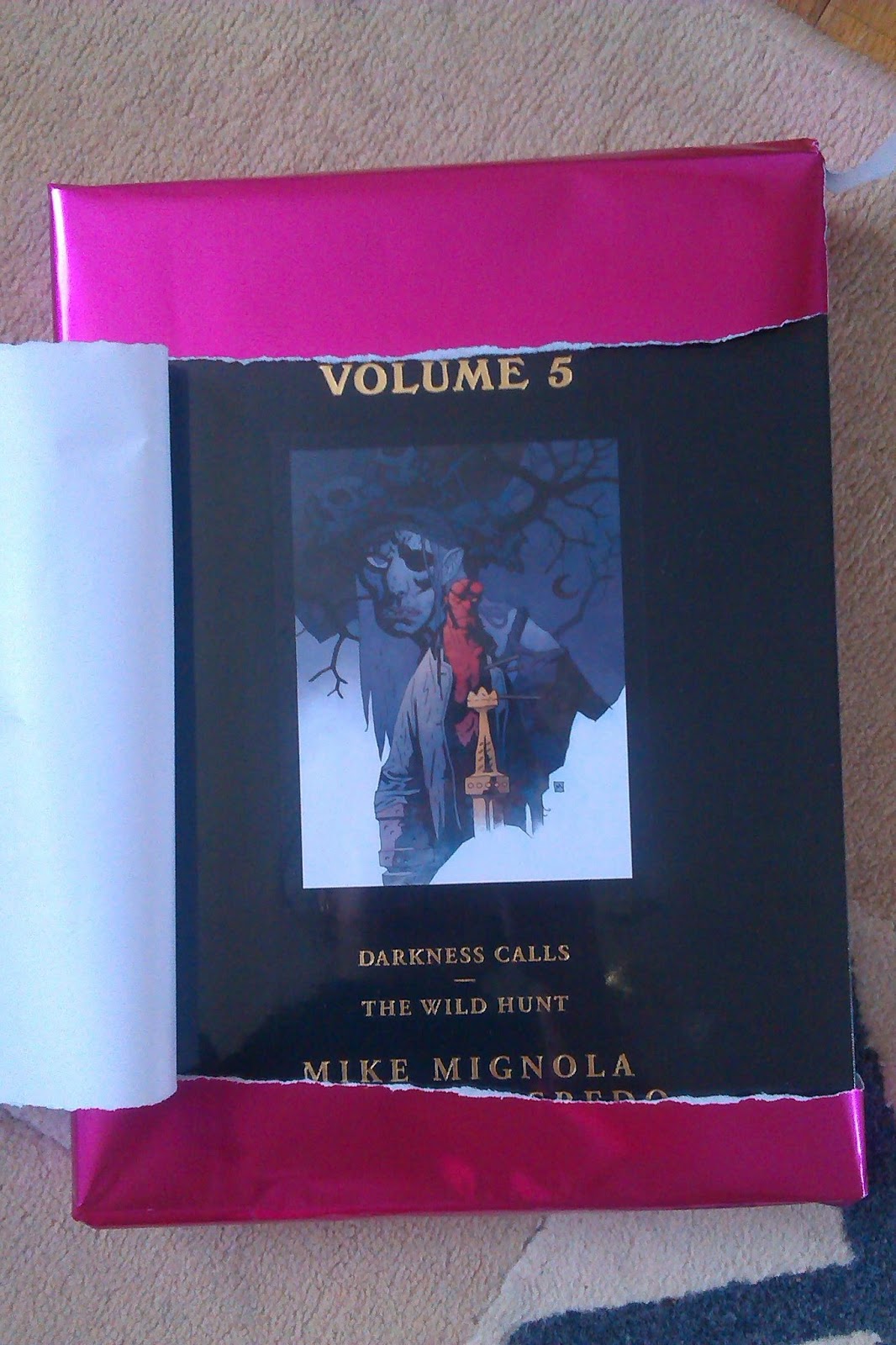 How nice is that? Printed Pages 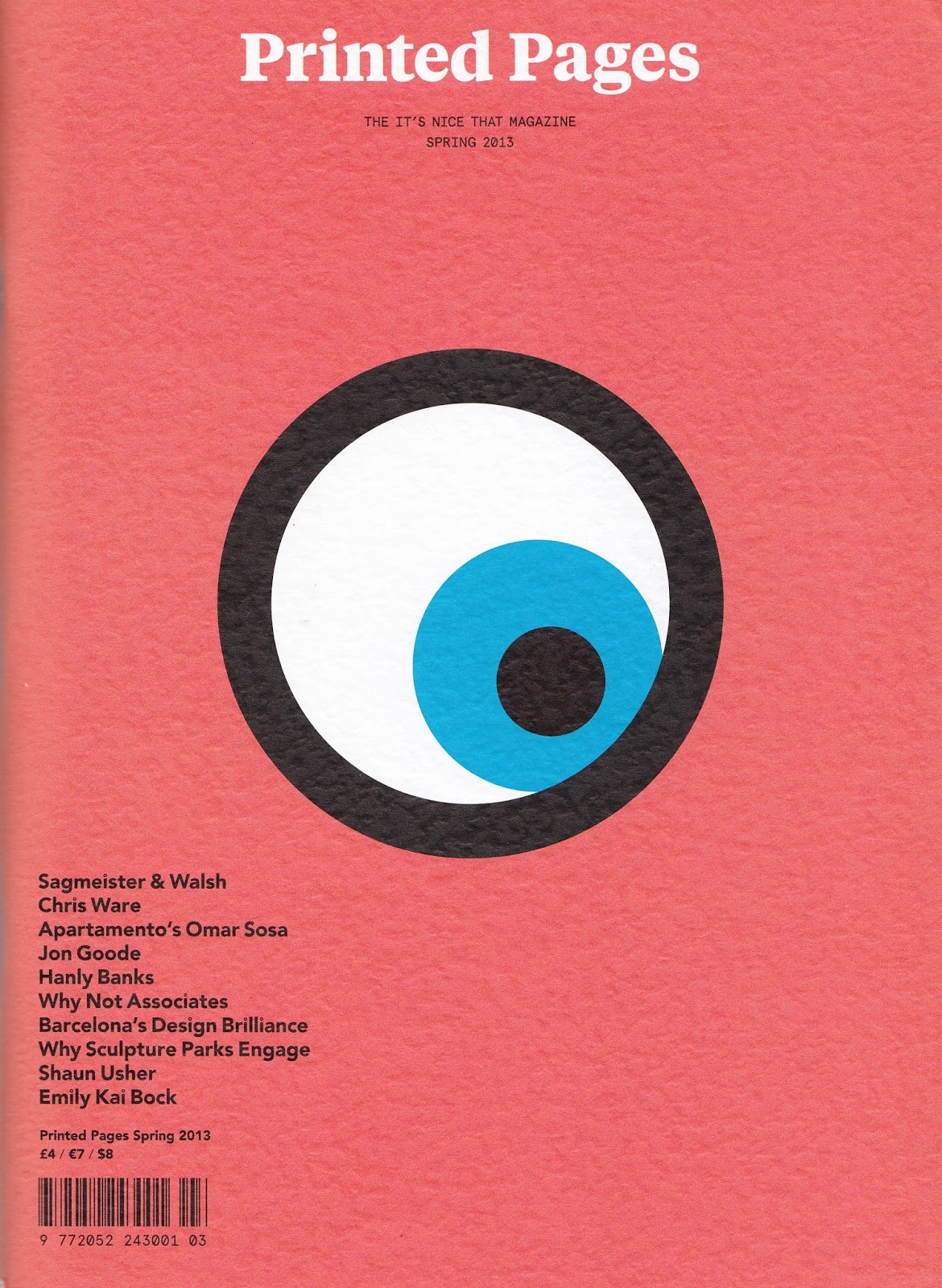 Last year saw the publication of their first annual, and now online art/design collective It's Nice That have launched a quarterly magazine with an attractive £4 price-point. It has a very nice, striking french-flap cover which I've reduced to blandness through my anti-technology powers, but the circles and colours all contrast effectively and it's printed on a lovely thick gross-grained paper. But what of the contents? Well, it's a mixture of interesting articles, but the best thing about it is its accessiblity: for me, even specialist material should be allow any reader to pick it up and be easily read and understood, and PP certainly accomplishes that.

It opens with one of those 'come and look at my quirky interior design' home features, the home being that of Omar Sosa of Apartmento fame. Sosa's schtick is photographing homes as utilised living spaces, a more natural way of looking at how people interact with their home surroundings and furniture. He seems like a nice enough chap, but let's be honest: those kind of features rely on the general crapiness of all involved: the reader's nosiness and envy in poking around another's home and either coveting or bitching about it, and the usually awful bluster or pretentiousness of those with their living areas on display. Subverting that by showing 'normal' interiors doesn't really work. 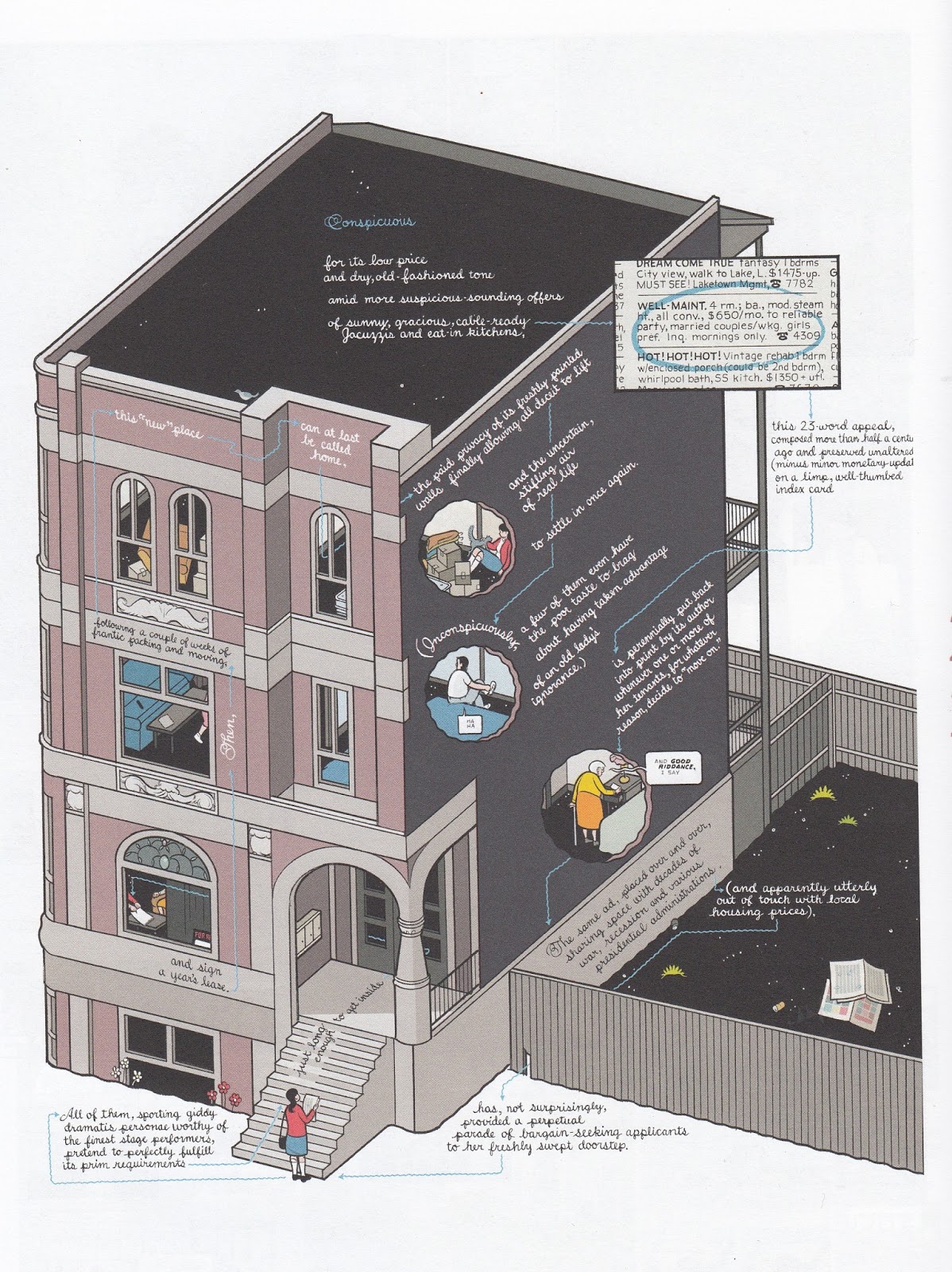 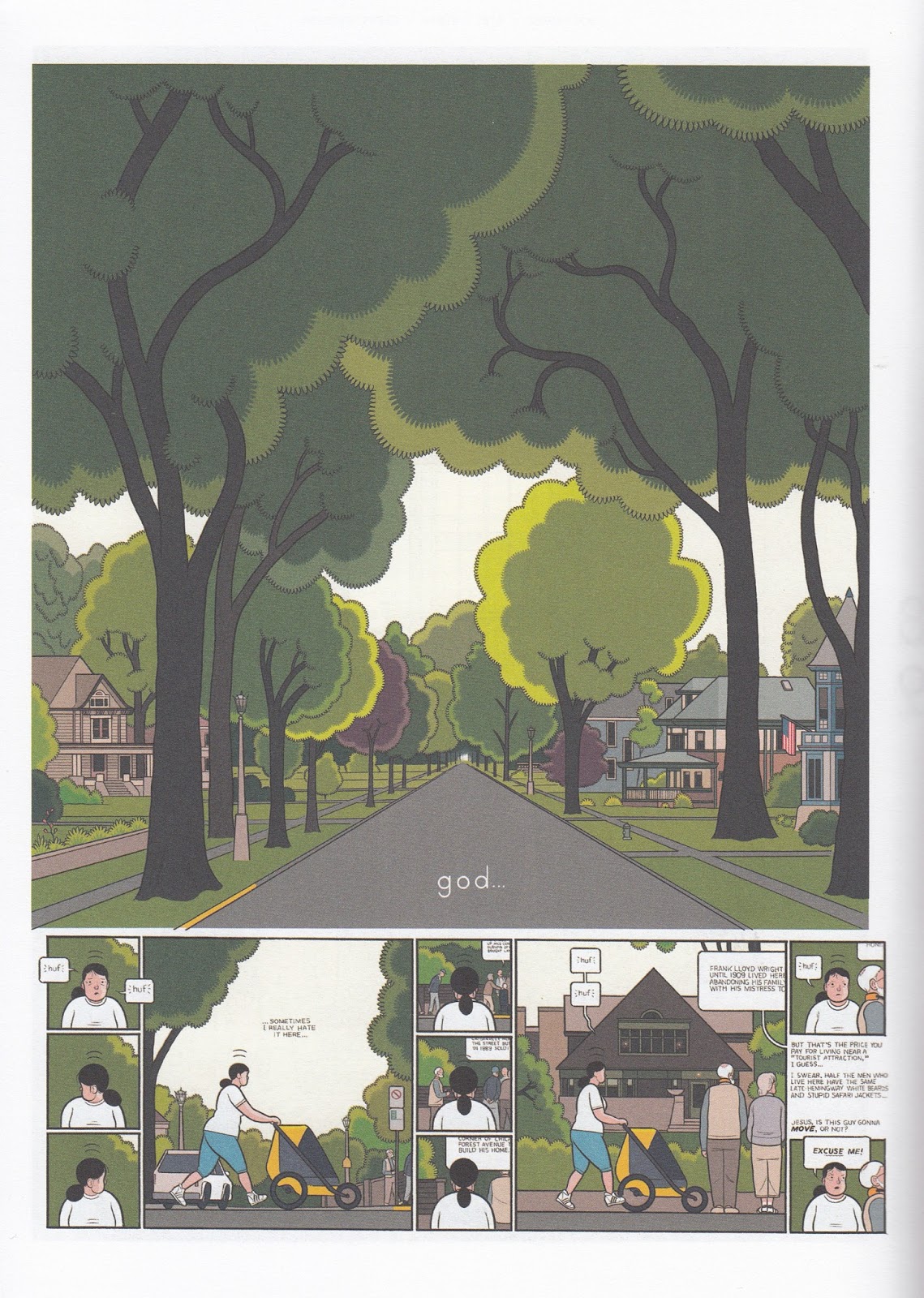 The main spread in PP is a flurry of pages devoted to an interview with Chris Ware, who's been pretty much everywhere since Building Stories. Ware talks here about the connection between out realities and fiction and how inter-connected it all is. I appreciate what Ware does, although I'm not a fan (I like the form of it, but not the content), as it were: he has an instantly recognisable visual language, his art style, to me, is all about control- each aspect of it neat and ordered, thought out and planned, removed and distant, which is juxtaposed against the themes he cyclically works with: of extreme feeling or emotion: loneliness, depression, sadness. In a way his work is very much like his people/characters: a projection of a pleasing, contained outer facade with deep emotion within. I always like looking at his stuff though. 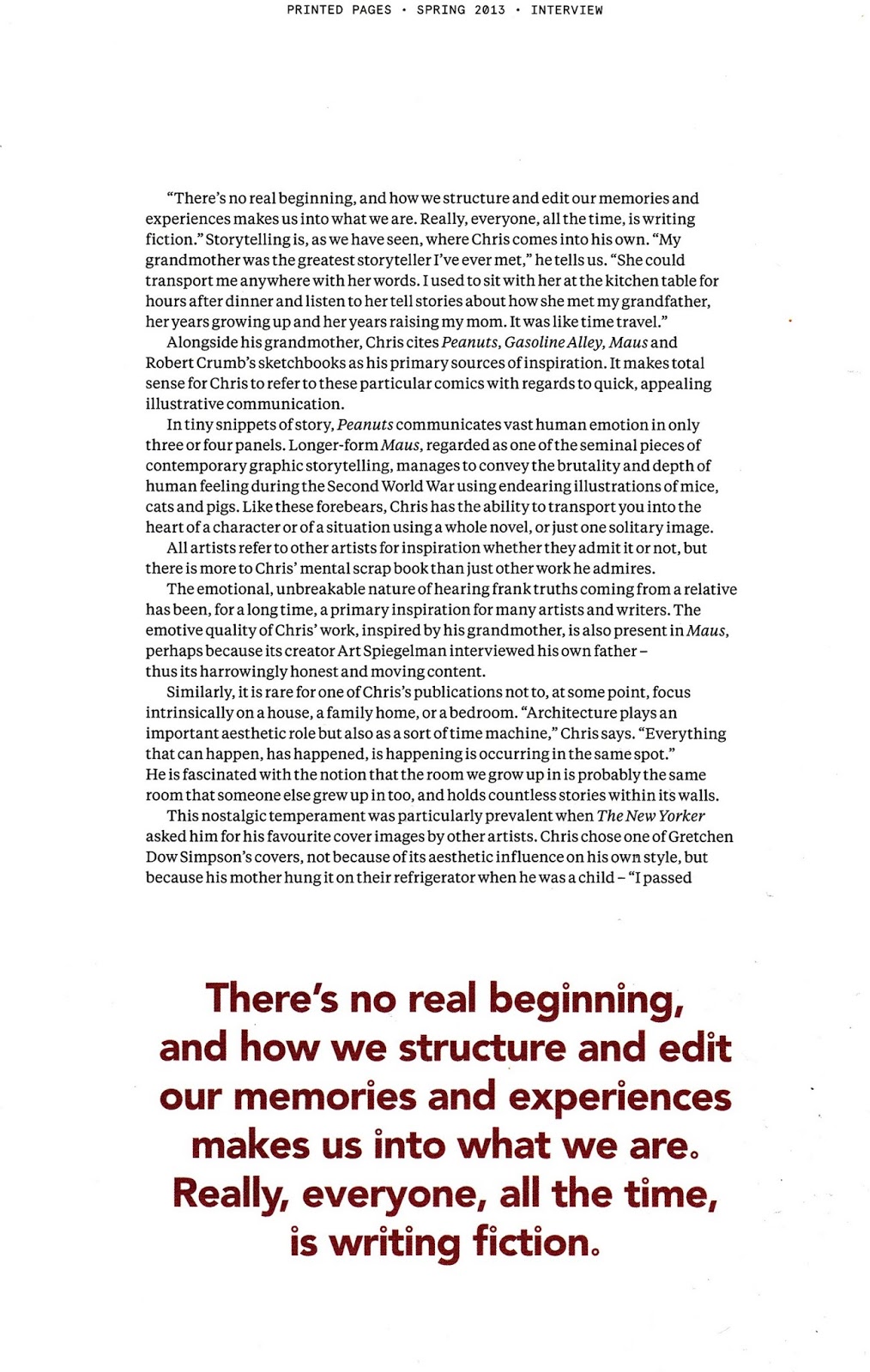 There's an interview with some people I've never heard of- a  young lady called Hanly Banks who after listening to an album of musician Bill Callahan for a while decided to make a movie out of it. Banks just drove down to one of his gigs and gave him a rock, talked with him and he agreed to being followed around for a year so so she could make her movie. These stories are cute and all nice and indie, but I never believe them. The film got successfully kickstarted and by all intents and purposes was a great success and well-made, so don't mind my cynicism. 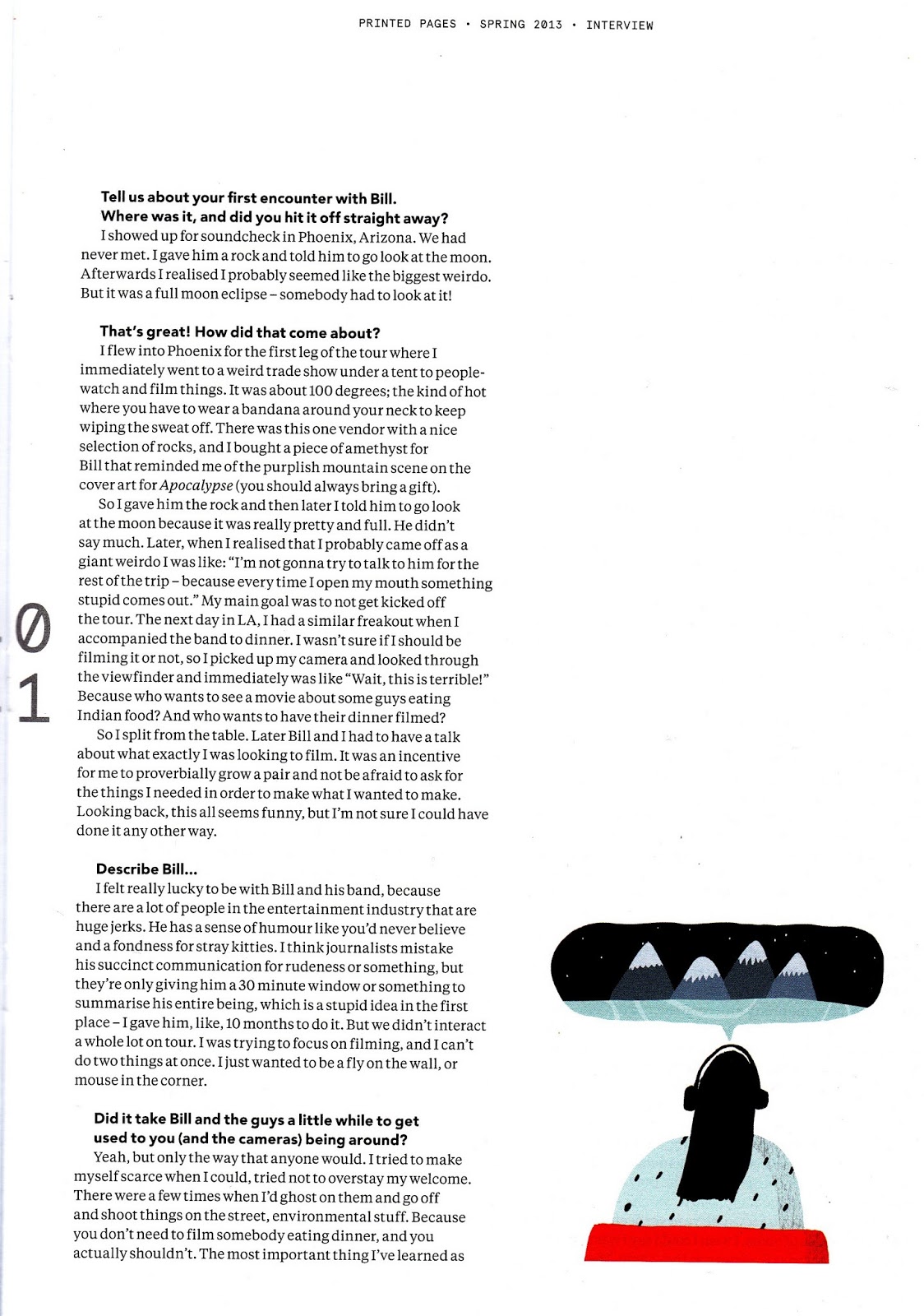 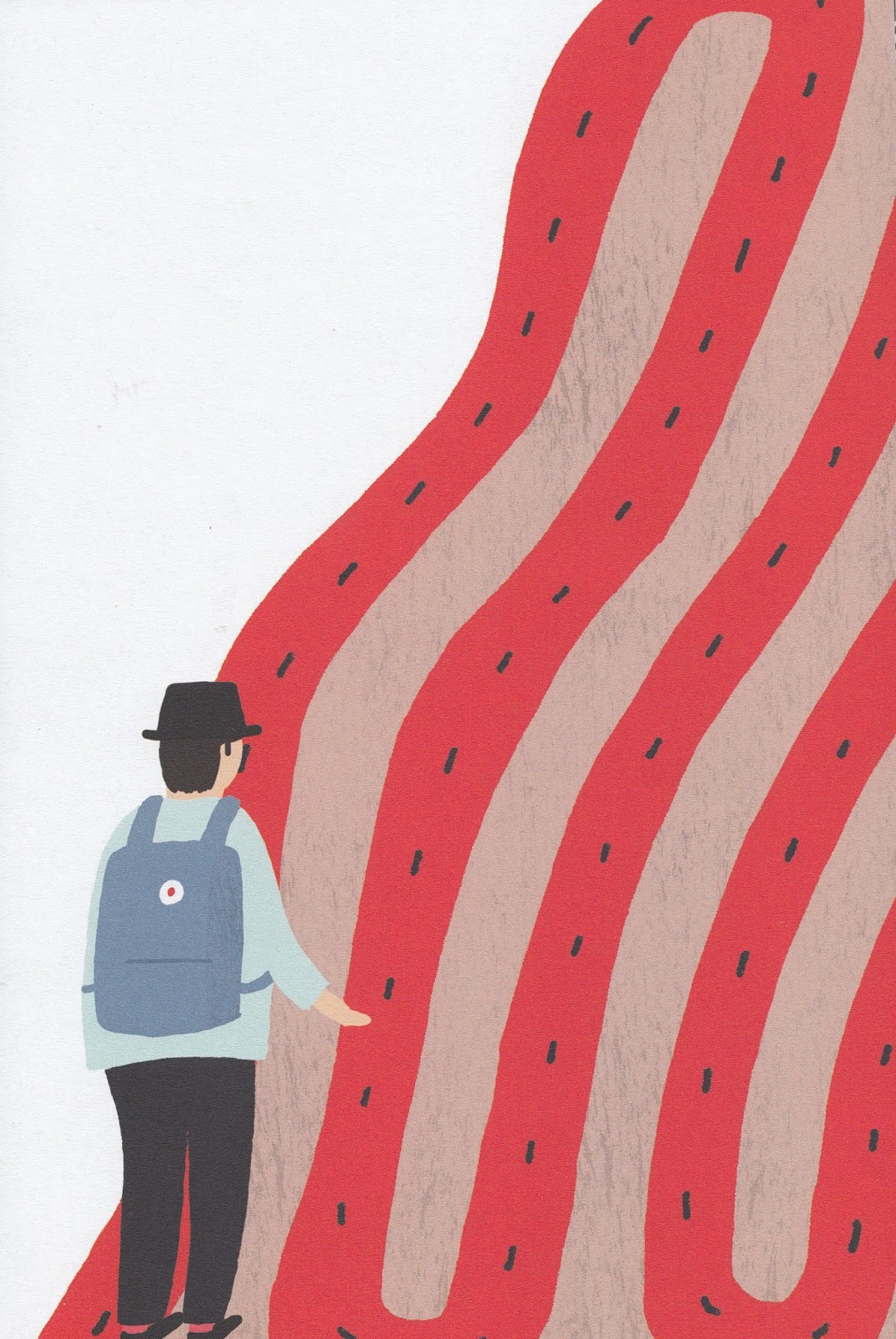 I've never been a gamer by any definition, but lots of comic creators are and the increasing influence of gaming in comics is prevalent with people like Zac Gorman, Bryan Lee O'Malley, Nick Edwards etc. I've read comics about Zelda and Sonic and Animal Crossing and loved them, without having any knowledge of them at all. I really love reading about the creative, animation and art side of it though, so this interview with Jon Goode was really cool. Goode is the guy who designed the original Guess-Who and its characters before they were all turned into generic little composites. He's worked on Action Man and My Little Pony and it's interesting to hear him talk about the changes in focus in game design and art over the years (money-focused as usual). 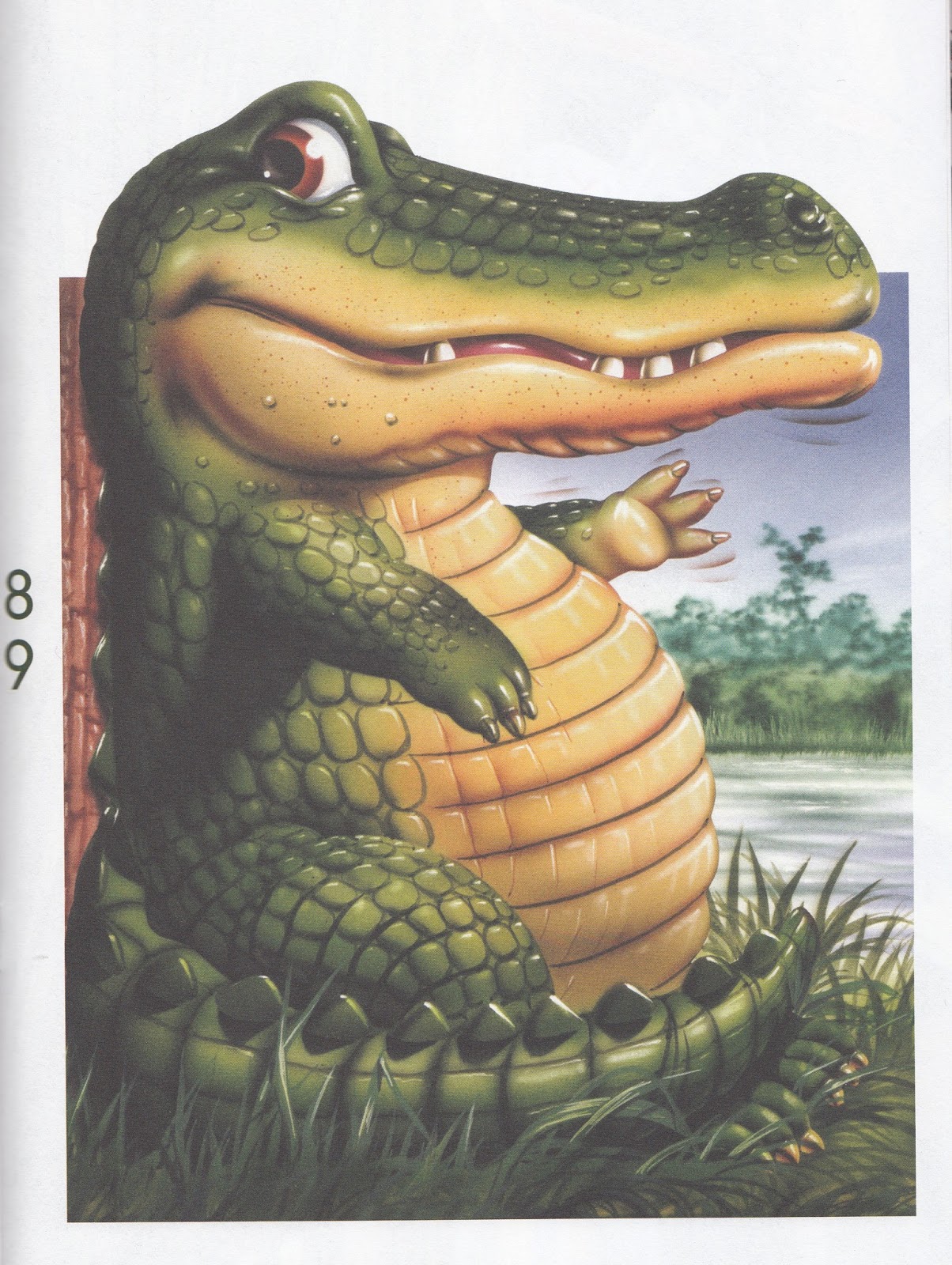 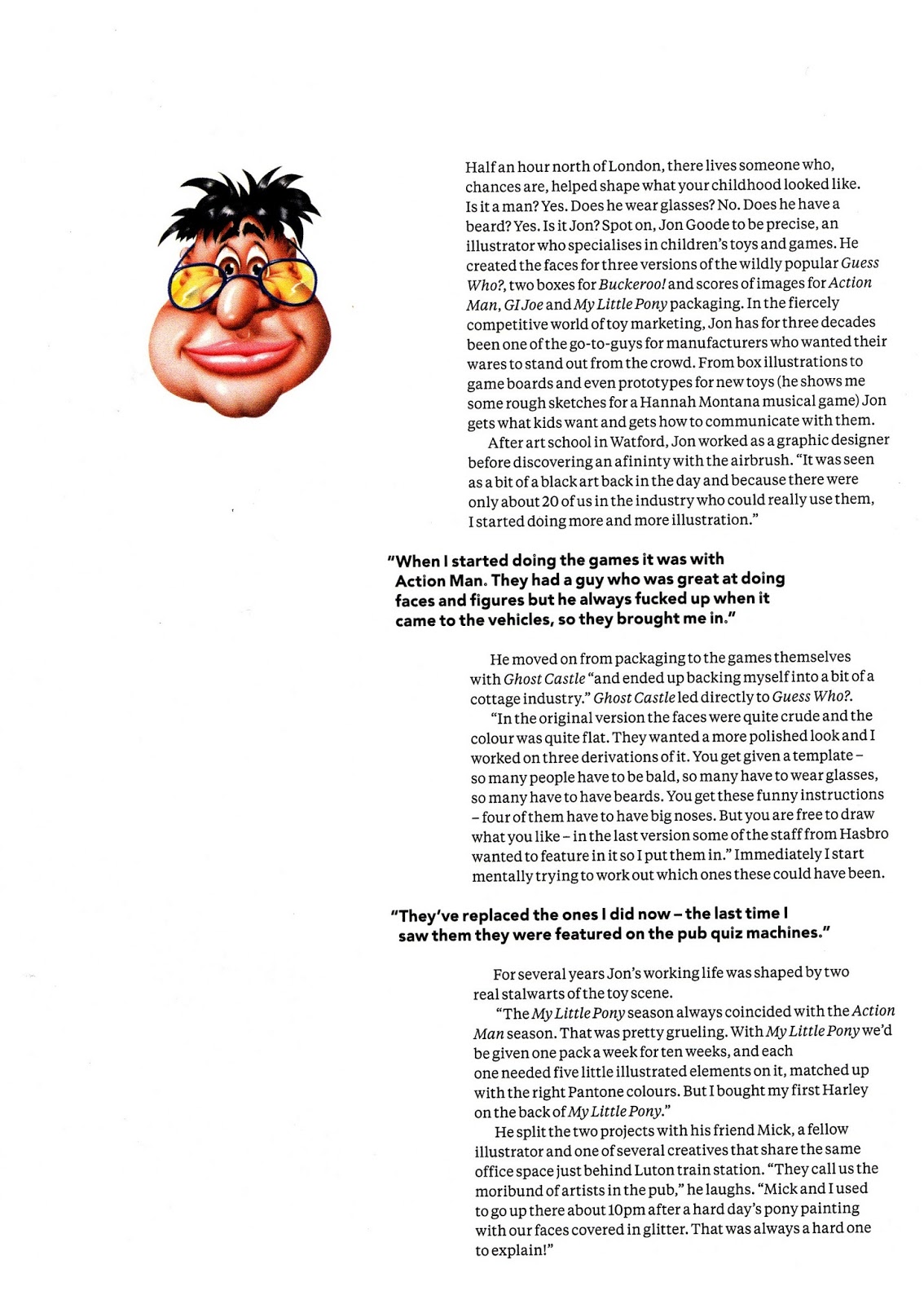 The final highlight was a solid piece on outdoor sculpture spaces, featuring the Yorkshire Sculpture Park amongst others. Overall Printed Pages is off to a flying start: they've obviously approached it the right way: nifty production values, a clear, clean layout with a focus on diverse, quality content. Seek a copy out. 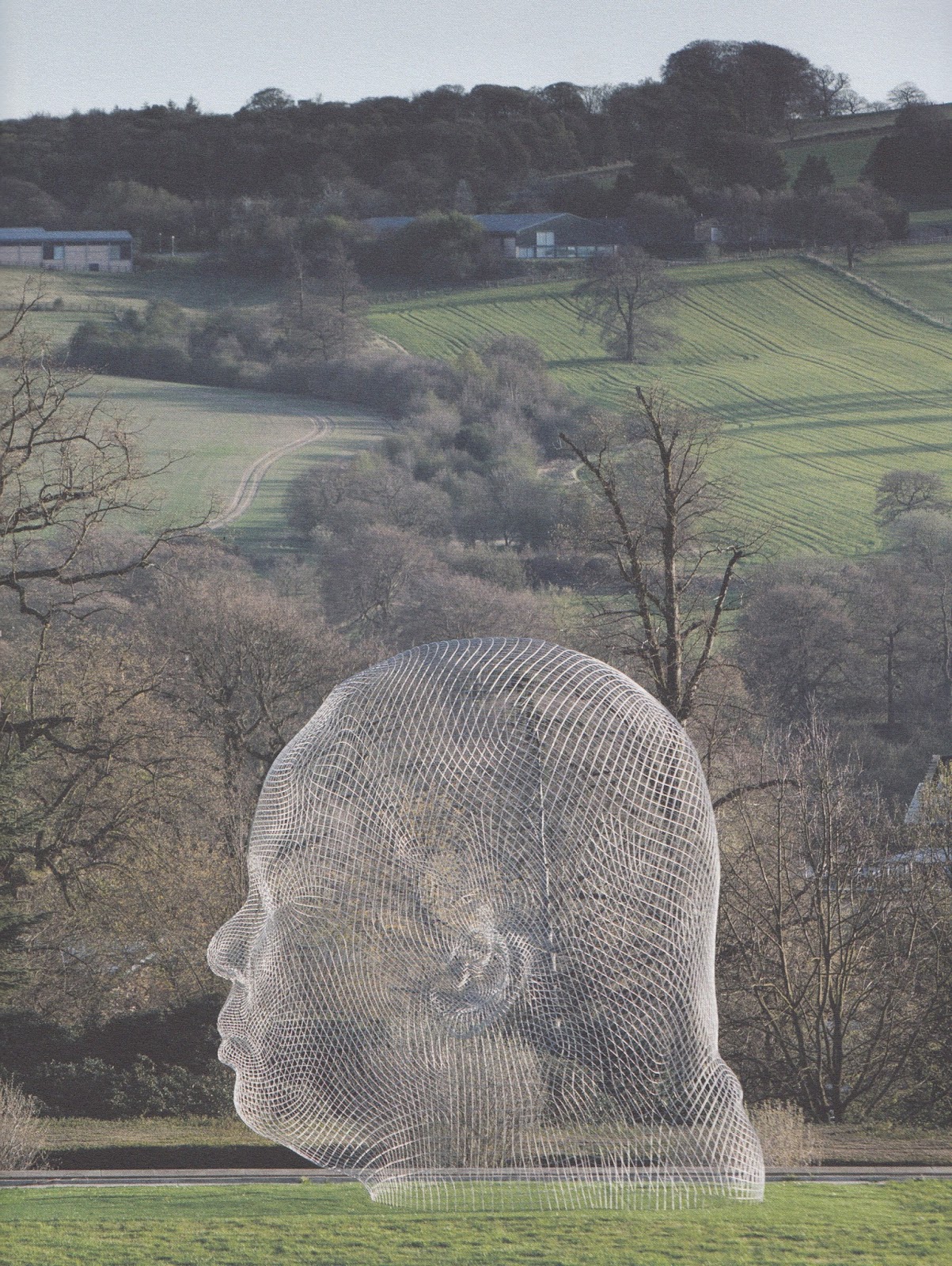