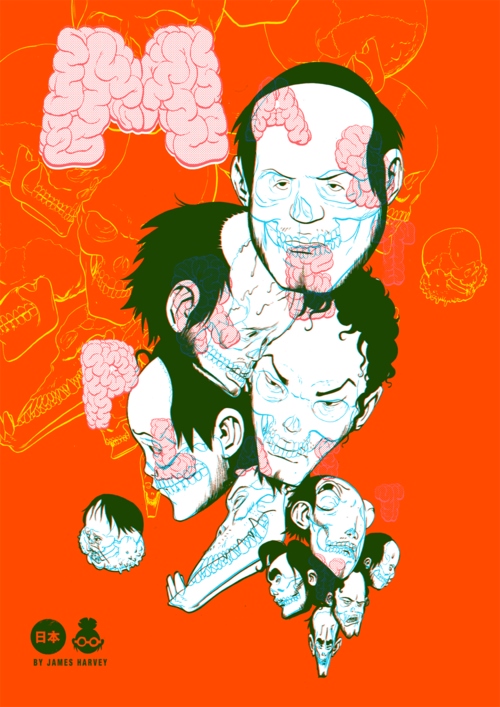 Masterplasty is the name given to a procedure undertaken by people after a new scientific discovery is made: the existence of apiece of cartilage in the brain which, when stimulated or modified, allows the host body to totally transform its appearance. Tomo, like many people, is convinced his life, the people around him, everything, would improve if he was just better looking, so he begins a journey to settle upon the perfect face.

It's horrible and fantastic and funny and simply gorgeously illustrated and coloured, and you really must go read it for yourself. I haven't seen much of James' work since his autobiographical comic, The Life of Mr Harvey James Teacher, and it's great to see an artist just do something completely different to his previous efforts, and do it so well. Really very excited for Zygote now. 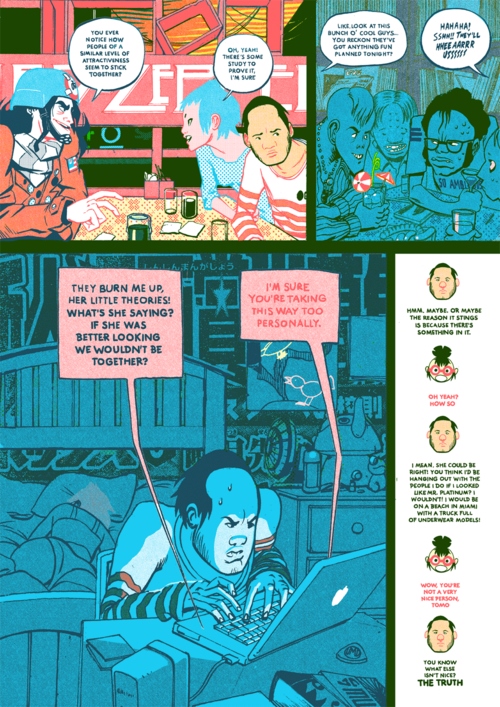 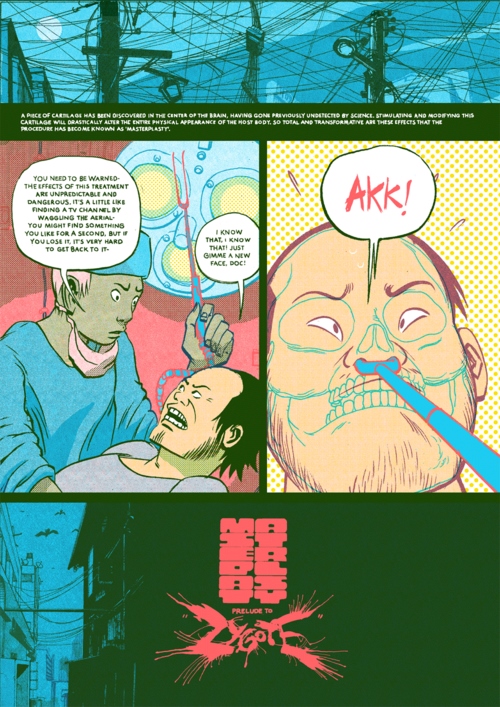 Harvey wrote a little about his art process over on his Tumblr blog:

‘A couple of people asked how I got the old-timey comic book texture on Masterplasty.  Truth is, it’s not a texture… I achieved it the same way they would have achieved it back in the early 20th century. Top left is the final image- around it are the three separations that go together to make it.  The whole thing is built from three layers of a single colour each.


Zygote uses the full fange of colours that digital colouring offers to us.  Digital makes choosing colours so easy, and yet comic art produced a hundred years ago using traditional methods still looks so much more vibrant and intelligently conceived than much of what gets produced today. Digital can be great, but it also makes us lazy, I think.

So, I thought it’d be a good exercise to ask myself ‘what would happen if I made a comic using roughly the same process they used to make newspaper comics like Little Nemo around 1905?’. Masterplasty’s my current answer to that question. I’m looking into getting it printed for real in the kind of oversized formats readers would have been accustomed to in 1905- right it looks like it’s going to be pretty expensive, but if I hit on a way of doing it affordably I’ll let you know.’