Advice to little girls: wolves are a no-no 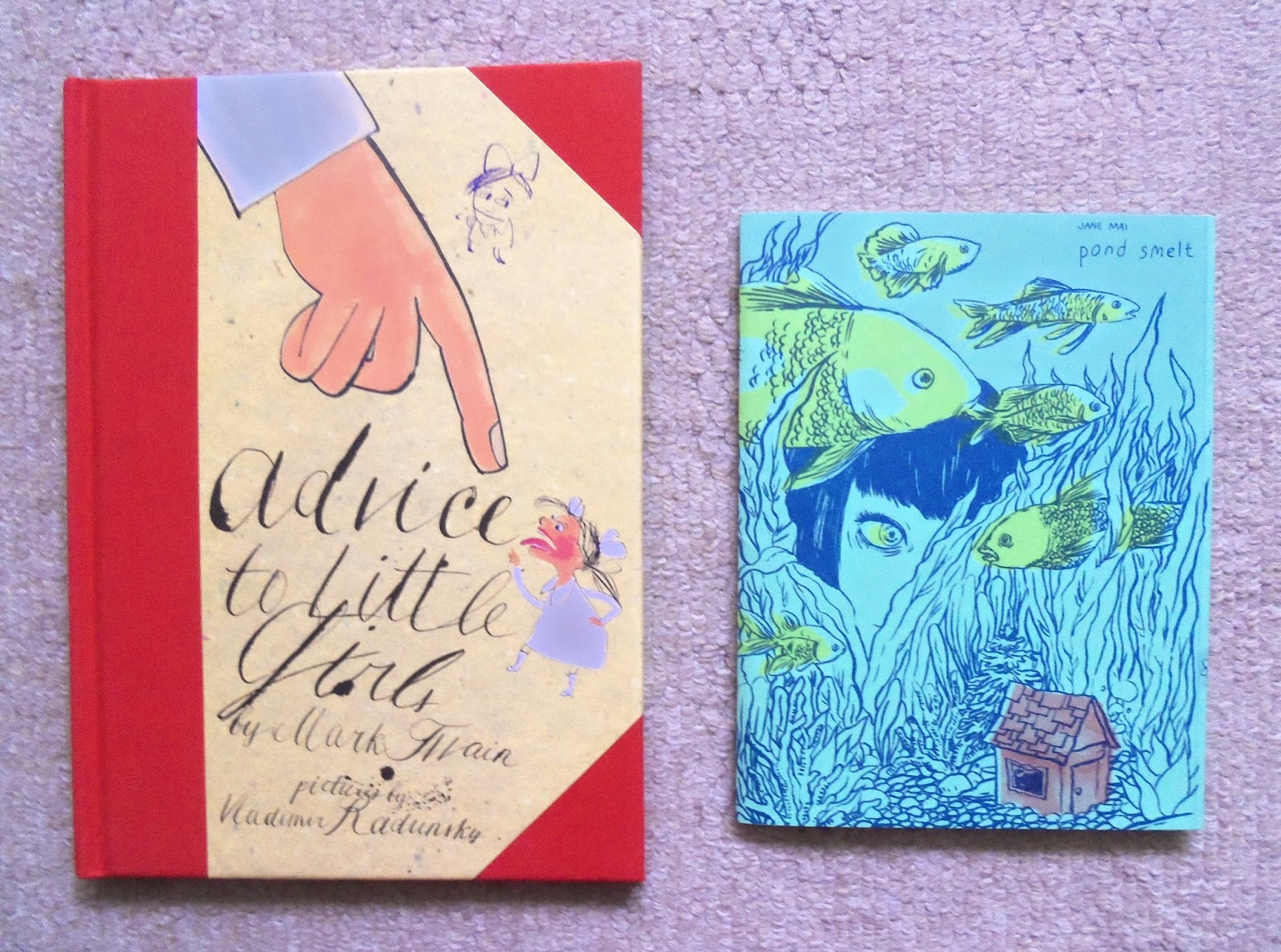 I spend money like a nervous tick when I'm stressed and the last 7 weeks in which I scurried around finishing my dissertation means I'm now running on empty financially. This is a bummer because I now need a new bookshelf (yes, it honestly got that bad). Instead of inundating you with a 14 mile-long list of stuff what I bought, I'm splitting said crazy haul into smaller posts. First up, is Advice to Little Girls by Mark Twain, illustrated in a Victorian scrapbook style by Russian-born artist, Vladimir Radunsky. Twain originally penned this mini-book in 1865, but it's been largely out of print since, until the wonderful Maria Popova of Brain Pickings chanced upon a copy and decided to bring it back to life. Radunsky's art is the focus here, with the text so sparse, and it rides the fence between rough, affected, naive-style and odd, but good, and manages to fall on the right side.

It's very slight, with 16 pages in total, and the text pretty much as you can see from the pages below: a paragraph here and there. It is nicely designed, with a red fabric spine and corners and I think it's a perfect gift for younger girls, teenagers and ladies alike, as long as you know what you're getting for the price paid. It's a trifle, but it's the right kind of trifle, with a dash of  art and humour. 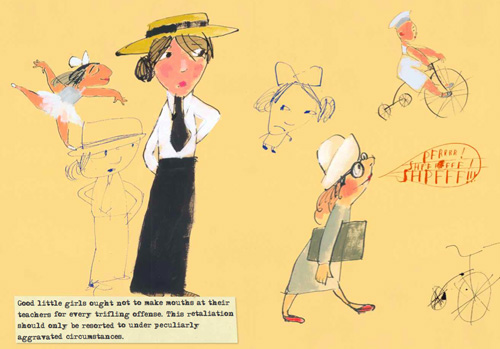 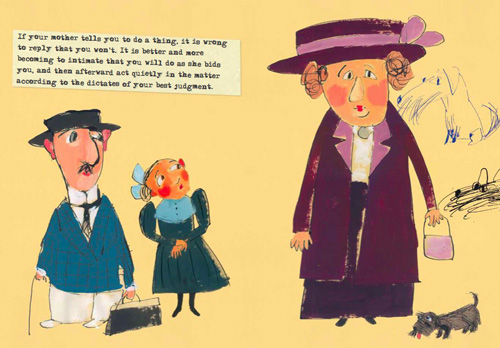 I became aware of Swedish small press art and comics publishers Peow Studio a while back and had been meaning to test their wares, and was finally moved to put in an order for Olle Forsslof and Mikael Lopez's Nava (more of which another time) and this new Animal Crossing inspired comic by Jane Mai, Pond Smelt. I've not played Animal Crossing -I don't game- but I like the idea of it. The design of it is lovely, another example of how paying a little attention to detail can lift a product measurably- in this case the addition of a French-flapped cardboard cover wrapped around the yellow paper one. It's riso-printed in 3 colours and comes in an A5 size.

As to the story itself, I'm guessing it's not as shiny and cheerful as Animal Crossing. It's set in a similar anthropomorphic world with characters coming and going and moving houses, with Mai's own eye-patch wearing persona (as seen in her comics and Sunday in the Park with Boys) the only 'human' figure and newly-arrived resident. It's a fun and engaging story, but it showcases to me how much Mai is able to with even a seemingly superficial narrative, bringing together themes of outsider status, belonging, difference, isolation; it reminded me of Sam Alden's Farmer's Dilemma, although Alden obviously goes much further with the thrust of his intent, while Mai's story takes a bit of a different direction. It's not a critique of Animal Crossing as such, but it sort of pulls some of the facets of and threads of the game and gives them a greater depth and meaning via examination. It's just a very good comic and I highly recommend it. You can buy it here. 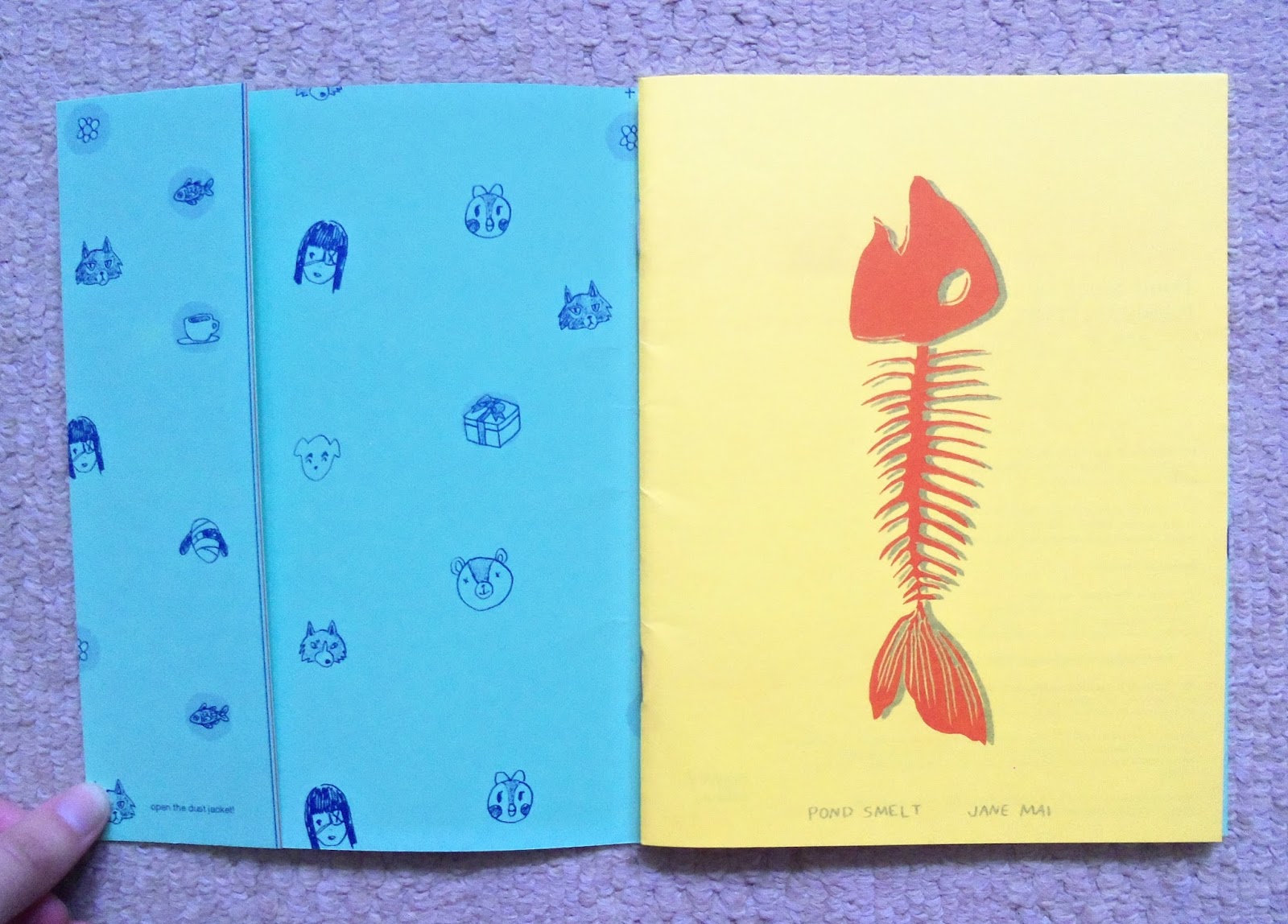 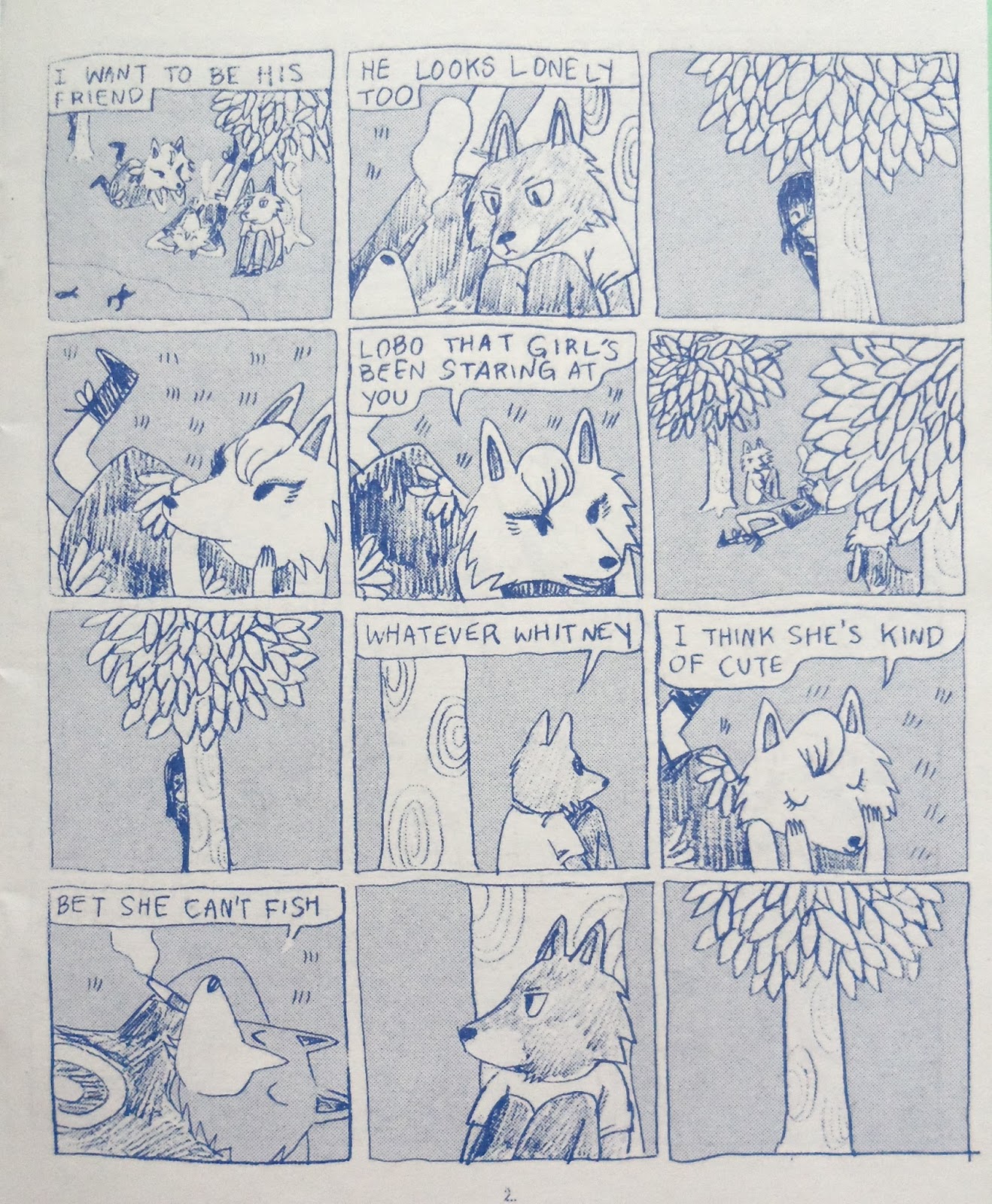