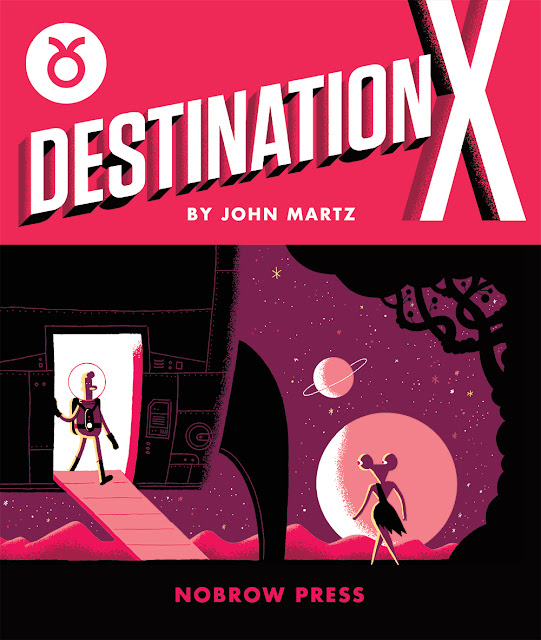 I would just like to take a moment to squee a little over the pairing of Nobrow and John Martz: if the dream-teaming up of one of of the best comics publishers and one of your favourite comics creators doesn’t merit a squee, I don’t know what does.
Destination X is the story of Sam, idolater of his space explorer grandfather from childhood to man, sponge of his tales, wide-eyed purveyor and defender of his truth. Sam’s grandfather mumbles and mutters of space, strange beings, and the discovery of an uncharted planet he calls Destination X. Laughed at by his co-workers, family and history alike, Sam’s staunch belief in his grandfather’s stories earns him the same ridicule, but having grown up to fulfill his dream of working at a space station, he is determined to prove the veracity of his claims.
Martz is the master of the shorter, meatier narrative in comics and that’s a damn difficult thing to do- it’s hard enough to write good short stories in prose, and bringing together words and picture in a compact and cogent manner is arguably even trickier. He uses a uniquely measured combination of humour and brevity that results in meaningful, entertaining stories that never become grandiose or mired in their own seriousness. 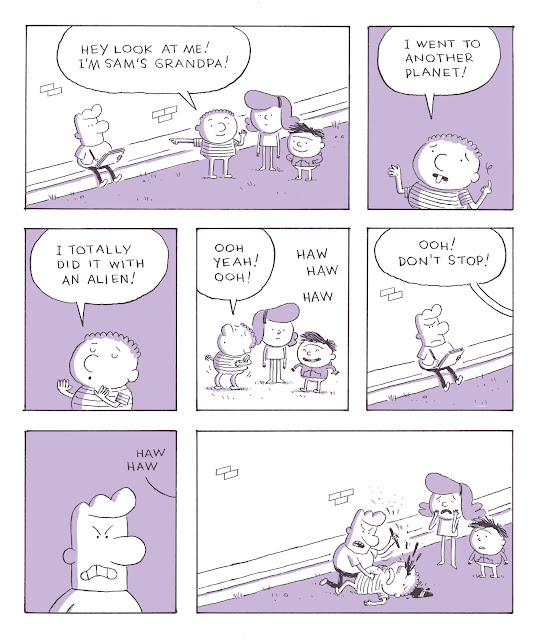 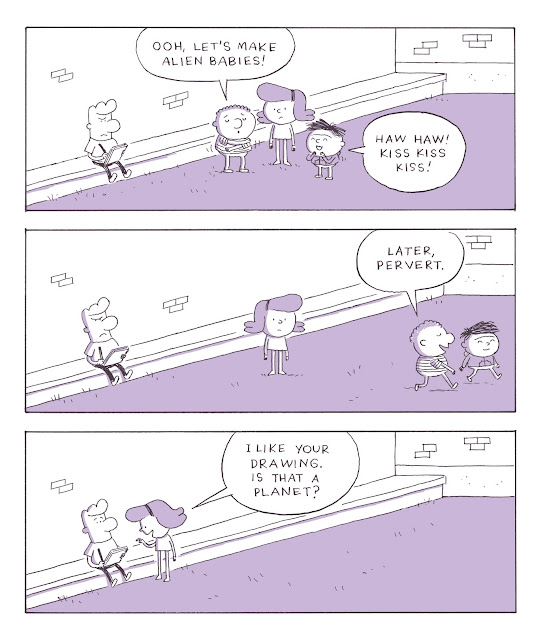 A big part of what makes his work so good is the way he uses word and pictures together in service of the story. Now that sounds pretty standard- it’s what comics are supposed to do after all- but think about this, most comics today, if you read them out aloud to someone they would by and large still make sense via dialogues, internal monologues, even scene setting narrative.
What Martz does is use words and pictures separately yet together to tell his story. Take the page below for example, the joke hinges on that silent panel with the jumbled screen message. Similarly, in the above pages, removing  Sam’s imagined response alters the meaning of the passage- without it, Sam’s just a bullied little boy, with it, you get the suggestion of a different aspect to his personality entirely. Many comics today are more like illustrated texts, so it’s heartening to see Martz’s panels telling their own tale, be it through silent passages or something going on in the background, it’s always narratively integral and moving the story forward. 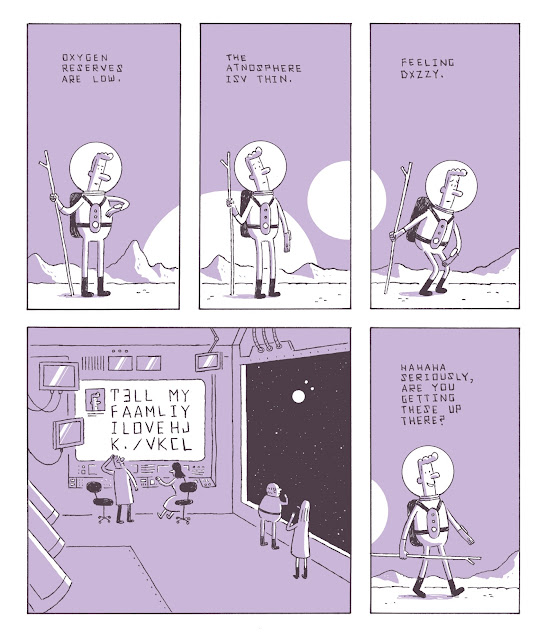 Destination X is a story of single-mindedness, obsession and the blindness caused by unwavering belief. Sam chooses to believe in his grandfather and is intent upon inserting himself into that picture, regardless of whether it’s true or not, and without really considering the repercussions of either outcome.
His focus and immersion of this goal leads to a total discarding of all else: he makes no friends, has no other interests, and is oblivious to the effects of his pursuits on those around him, or indeed, himself. It’s rather ironic, then, that when he does semi wake-up to the possibility of a world and emotions beyond his limited view, his lack of understanding prevents him from recognising what is ostensibly a confrontation with a reflection of his own nature.
Reading Martz's work is always a singular pleasure and Destination X is no different: a funny, neat and nuanced tale,  nicely offset by the galactic feel of the purple toned hues and clear line style. I greatly enjoyed reading this, and have no doubt that you will, too. 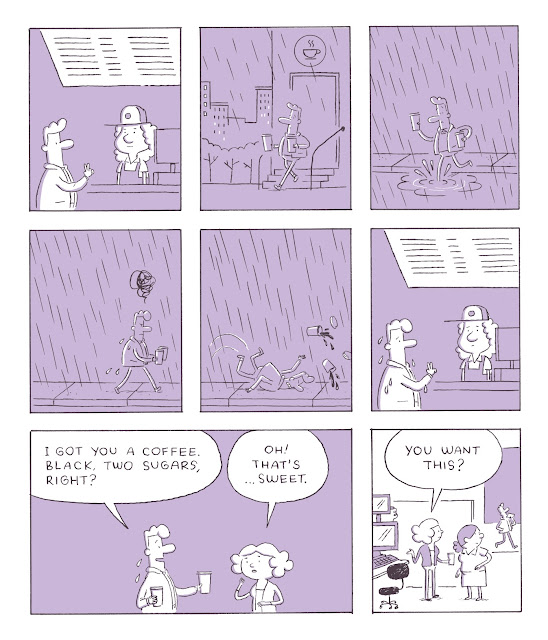 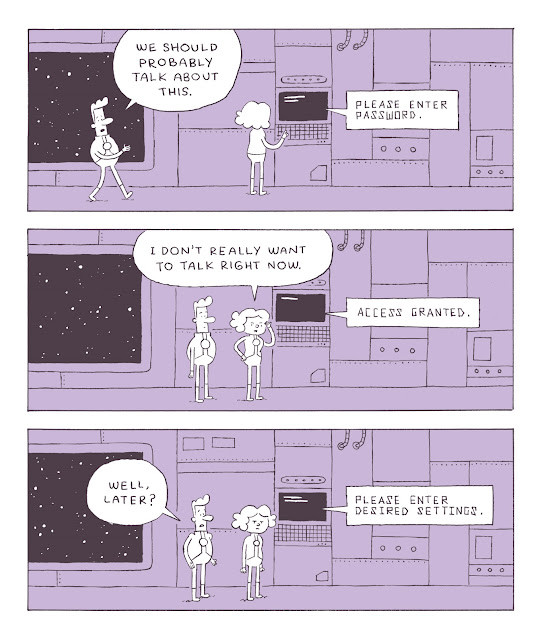