I was talking to someone (Jared? Oliver?) yesterday about how, upon reading what many consider the seminal important comic creators, I've been left unimpressed. Unimpressed is perhaps harsh, but often I fail to see what is so special about people like Alan Moore, or Grant Morrison, or Neil Gaiman. Which is not to say I'm dismissive of their work; I can see, for example, why Watchmen holds the place it does in comics history, it was a seminal work at the time and offered a critique of the superhero genre in a way that hadn't really been done before, and remains a complex and layered work today. Similarly, with Sandman, I admire the way in which Gaiman has pulled together hundreds of myths and stories of literature and lore, building and interweaving them into a larger narrative, but it doesn't really speak to me in any way.

Some of this obviously has to do with subjective taste and context too, but I think a part of it is also people who are afraid to say they don't see the value or merit in a certain work that somebody else does. Which is fine. It doesn't mean you don't 'get' it. I'm tangenting a little here, but I also think people -particularly fans- are more ready to ascribe meaning and depth to a creator's work if it has been present previously, carrying over those themes from stronger books to weaker ones, whereas a new reader won't have had that interaction and is arguably better placed to judge it on its own standing. Sure, there's pleasure to be gained from recognising elements and themes from work-to-work, but if a book doesn't read well without a familarity with the author's whole oeuvre,chances are, it's not a very effective book.

This is all a round-abut way of saying I came across a scan of Otomo's short, silent comic, The Watermelon Messiah today, and was reminded again of his brilliance. I only started reading his work this year- Domu, Akira, I bought Genga, and he's one of the very few comic creators with huge reputations whose work I've read and looked at, and thought 'Yes, I fully understand why you inhabit the place and status that you do.' There's something so instantly impactful about his art- it has presence, like when somebody important walks into a room and there's a discernible hush or shift in the atmosphere: that's how seeing Otomo's work makes me feel, it impresses itself upon you straightaway, but with a sense of something special, something more. I don't just look at it and think 'oh that's pretty, that's well constructed' I feel something, it genuinely makes me feel a little awed, and that's rare, I think -in comics and in art. 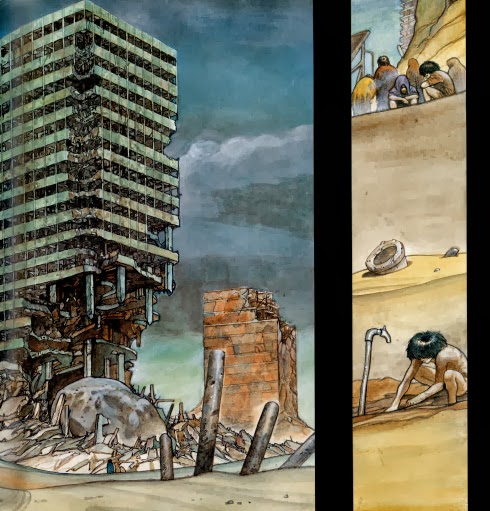 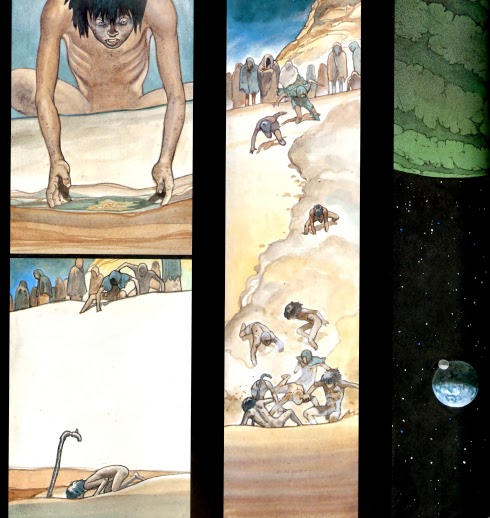 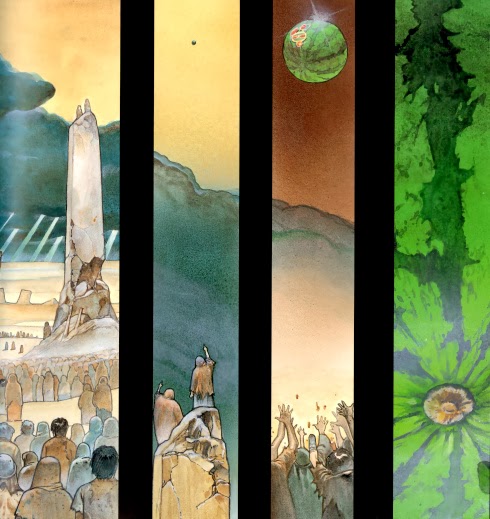