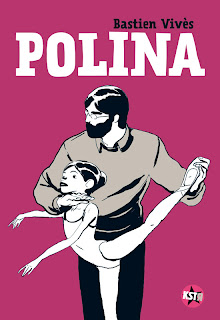 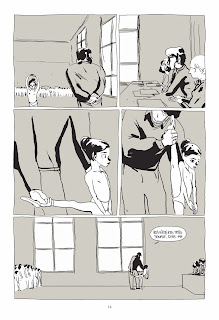 It was only last week over at FPI I was hoping (okay, semi-whingeing) for someone to pick up the rights to translate more of Bastien Vives and Nix's work into English, and 50% of that wish has been realised, thanks to fab UK publishers, Jonathan Cape. No detailed information on this, but they posted an image of French comics illustrator and writer Vives' book, Polina, this morning with the caption 'Coming in Jan 2014.'

I think it's reasonable to assume that means Cape will be putting out an English language version early next year, which is fantastic news. Polina follows the story of a young ballerina as she's admitted into a prestigious dance boarding school and the rigors that life encompasses. The book was released in its original French in 2011, the same year that Cape published  the first English translation of Vive's work, the acclaimed A Taste of Chlorine.

Now... anybody for some Nix? 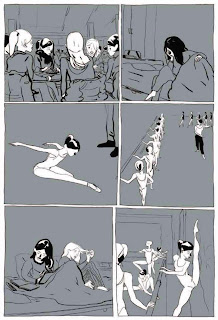