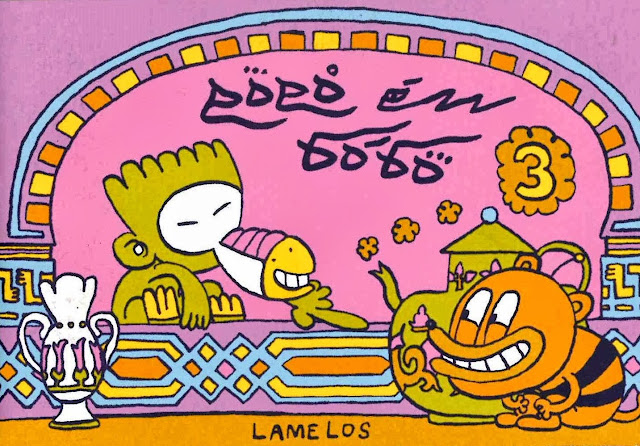 I thought I'd write about this today- it's Friday and I find on Friday, at the end of a working week, I just want to wind down a bit which means more lovely pictures to look at rather than huge chunks of writing to plough through. So allow me to present Popo and Bobo (ostensibly number 3, but I don't think it makes a difference which order you read them in, the'ye self-standing), a sublime screen-printed book from Dutch collective Lamelos, which is hopefully just the thing. I bought this at ELCAF earlier this year from publishers Bries table and it's sumptuous.

Lamelos are a group of four artists: Sam Peeters, Jeroen Funke, Boris Peeters and Aleks Deurloo, who work in conjunction producing both collaborative efforts and individual works (Funke I've heard of, he's done some fun work for the great Latvian comics publishers Kus, but the others are new to me); of which Popo and Bobo is the former. If you have a few minutes, I'd urge you to check out their website; it's a super attractive, interactive, animated affair which you can lose yourself in.

Comics is (theoretically, at least) a collaborative medium, with inkers, pencillers, colourists, letterers, writers and artists, but I'm always a little intrigued by these kind of group drawings where you can't really tell where one artist's contribution begins and the other's ends, like Ruppert and Mulot, where the art is drawn together rather than separate assigned tasks being passed along in stages. There's some slight give-away in the line style- if you look at the page immediately below where the tiger creature is leaning over the stairs and the one below that with the green monkey, the first is much more fine-lined and intricate, where the latter is bold and thick, and appears more assured and controlled (I can imagine it's harder to hold a fine line for a longer period of time). 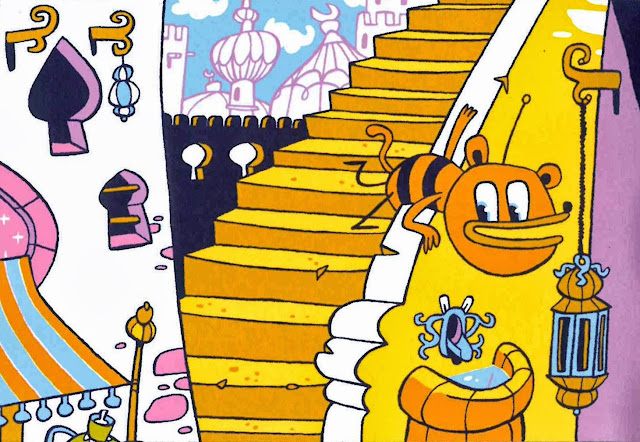 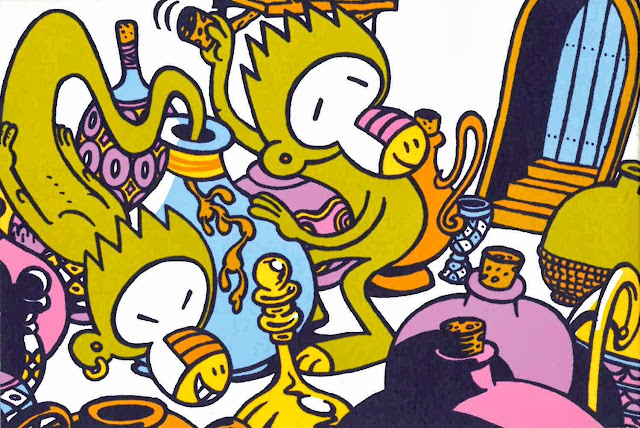 It creates a different effect too: the bolder lines paradoxically infer more of a hallucinogenic, dreamy feel- probably that old thing of the more cartoony or abstract a picture gets the more open the possibility of connection; it's easier to latch on to, where realisitc images are often less interpretative and accessible. The book itself is small, flipbook style format- the pictures I've scanned here are probably just a tad taller than actual size, but the width is about right. It works well, but the scans simply don't do the colours and finishing any kind of justice- they're vibrant and gorgeous, rich and sensory, it's a good example of how colour contributes and work as part of the narrative- this wouldn't work in black and white at all. They create a visual domination that demands all your attention, the addition of words would seem too much, over-egging it, the colouring helps anchor the focus on the art and what that's doing.

The Arabian influences, obvious from the off in the moulding of the title font into faux-Arabic script, continue in not only the art style but the setting and story- the bustling soux, the minarets and turrets of the architecture, the trickster jinn, mischievous animals and spirits doppelgangers -a lot of it is derived from Arabian parables and lore, which is cool- you don't see that being taken on often. It works better also, because it's two animal-based cartoon creatures rather than an attempt to tell an Arabian story with humans- the scope for that going wrong is plentiful- I've seen a lot of fetishisation of that culture and history- all Arabian nights and harems of women.There's so few comics, or books, that make you feel pure joy when you read them, you know? I'm a big fan of genre material and get a lot of enjoyment and satisfaction from reading crime, mystery, sci-fi stories. While they're involving, and a sense of pleasure is derived from having taken in a good story, it's pretty rare that the purpose or function of a text is to elicit happiness, like Popo and Bobo does. 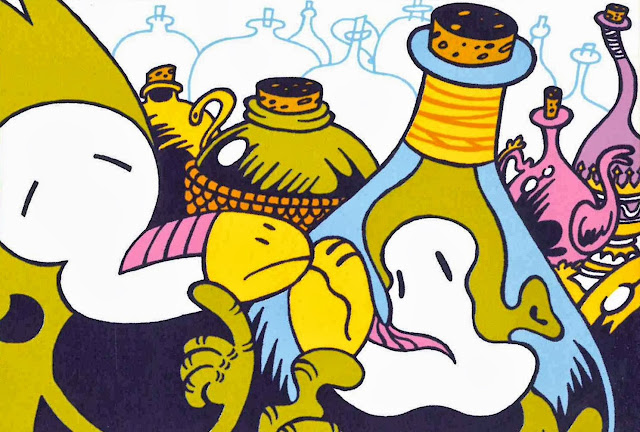 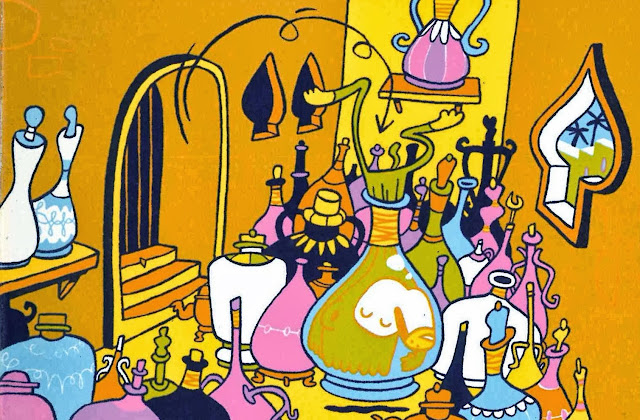 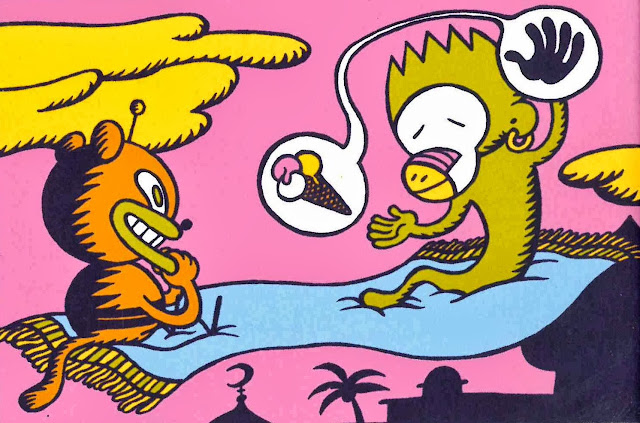