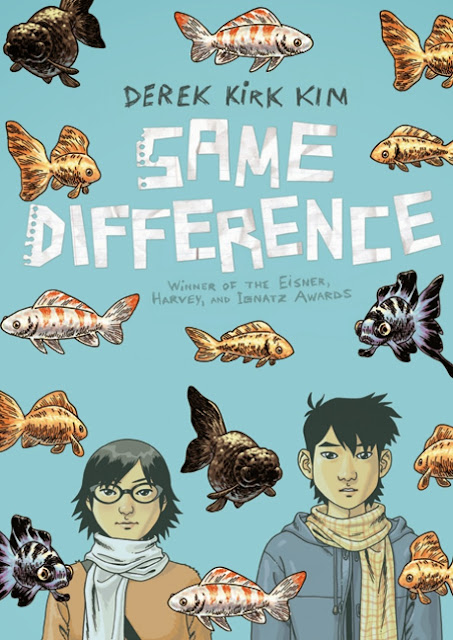 Great news for comics fans in the US: Derek Kirk Kim's Same Difference has been selected as book choice for World Book Night. It's the first time World Book Night US are offering the option to give out a graphic novel, and it's really heartening to see comics included in the line-up; too often they're left out of these kind of reading initiatives. Of course, it would be remiss of me not to point out that World Book Night UK has already been there and done that with Judge Dredd: The Dark Judges last year :)

World Book Night, for the uninitiated, is a yearly event that takes place on April 23rd, where the UNESCO-funded organisation selects a list of books to be handed out for free at various locations. The titles are printed in special editions, with publishers and authors waiving royalties and rights. People (i.e. members of the public) can then choose a book from the list that they would like to give out by completing a brief form online, stating why they they would like to take part, who they aim to give the books to, and where they will be located. If selected they are  provided with 20 copies of the book of their choice to give away. It's a fantastic initative that gets books out to a wide range of places and people.

What I find particularly pleasing about Same Difference's selection is it's caliber; Kirk Kim's book is a great example of the medium for those coming across it for the first time: the story both accessible and layered, meaningful to younger and older readers in different ways. The man himself was pretty pleased about it too: 'It's amazing to be the author of the first graphic novel included in this celebration of books and reading. I never expected the places my book would take me; it’s wonderful that now, over a decade since it was first published, my story is still reaching new readers.'

If you fancy giving out Same Difference, or any other title on the list, applications to become a 'giver' opened today and close on January 5th. You can visit the World Book Night US website here, and the UK one here.
Posted by Zainab at 10:15