Jillian and Mariko Tamaki talk This One Summer 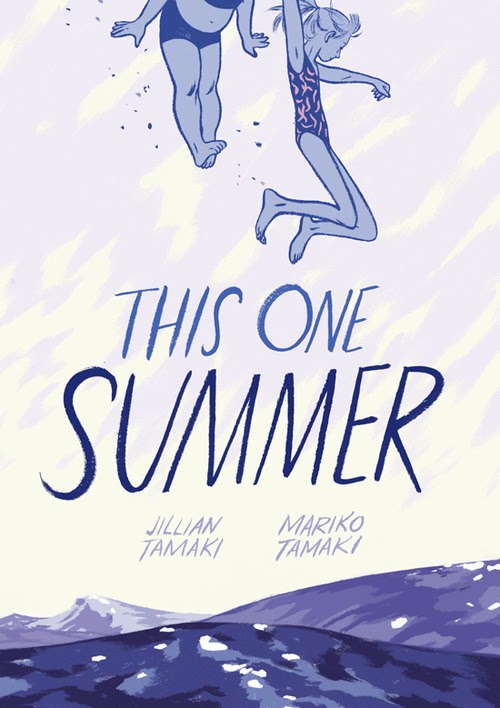 Cousins and artists Jillian and Maiko Tamaki have been discussing their upcoming graphic novel, This One Summer, with Hero Complex, the LA Times popular culture blog. Having previously collaborated on the 2008 Ignatz award-winning, Eisner nominated Skim, in which a Japanese-Canadian teenager attempts to navigate her feelings of depression after the suicide of a classmate, as well as trying to come to terms with her sexuality, the Tamaki cousins are now back- and with a new book. 'This One Summer' again has two female, teenage protagonists at its center- Rose and Windy, and focuses on one significant summer in which everything changes for the girls.

It's interesting how the colour scheme for the cover of this book is similar to 'Celebrated Summer', Charles Forsman's next, which follows two teenage boys on their summer holiday (I have to say I like this one much, much better, even though the... haphazard nature of that one may reflect a drug induced state).

Jillian Tamaki is perhaps better known to comics reading audiences thanks to her superb online web-comic, Supermutant Magic Academy, which earlier this year Drawn and Quarterly announced they would be publishing a print version of. The release date given at the time was 2014, but it looks like that's been pushed forward a year as Tamaki mentions getting the book ready for publication in 2015. Mariko, on the other hand, last penned prose novel (You) Set me on Fire in 2012. Very much looking forward to this- Skim was so deftly and beautifully done, discussing 'issues' in a natural and organic way, and I'm sure the same intelligence and care will be evident here.

'This One Summer' is due for release in May 2014 from First Second. You can read the interview with the Tamakis here, where they discuss the plot, collaborative process and other matters in greater detail. 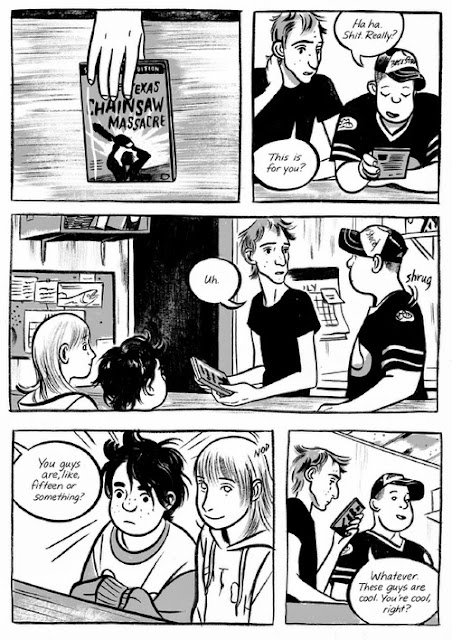 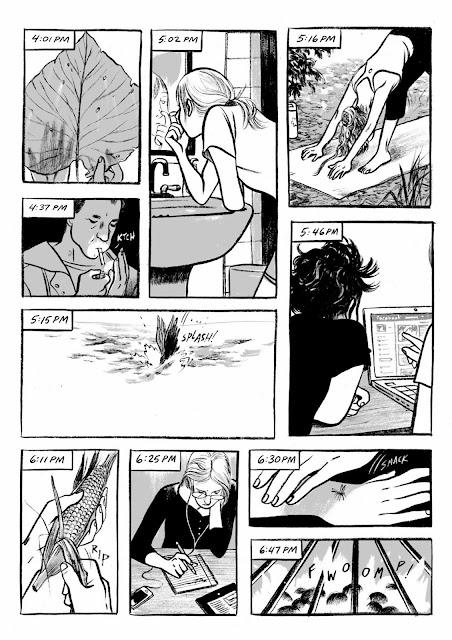 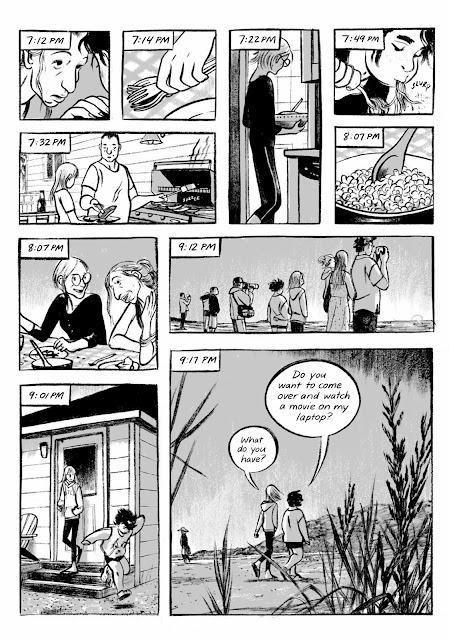