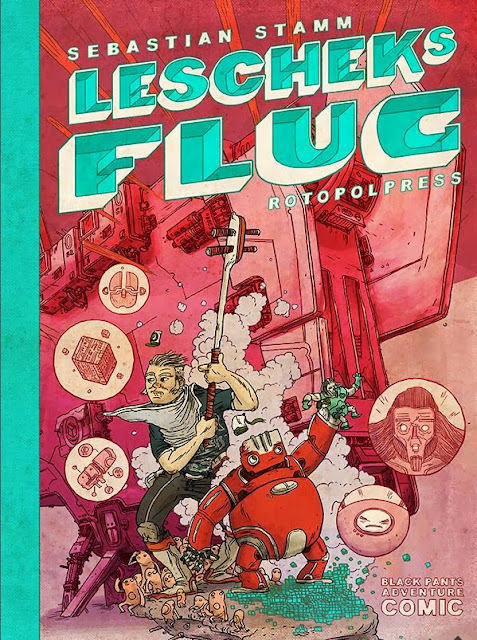 One of the great things in comics at the moment is the diversity in artistic backgrounds and fields from which creators hail- fine art, illustration, gaming, animation, design. Even if they're not making comics full-time, the ones they do make bring a host of new ideas, influences and styles which contribute to the richness, growth and evolution of the medium. Here's another artist venturing into comics for the first time- German illustrator/game designer, Sebastian Stamm. Stamm studied Illustration and Animation at the school of art and design in Kassel, Germany and graduated with excellence in Visual Communication (Illustration and Comic), so his interest in comics is long-standing.

His book, 'Leshcek's Flug' (translating to Leschek's Flight) published by Rotopol Press earlier this month,  combines his self-cited passions for 'drawing, mechanics, robots and unique fictional characters,' telling the story of Leschek, a small red robot who suddenly finds himself the last functioning machine on his world, and needing to find way to escape. The book took 6 months to conceive and storyboard and another 6 to draw and finalise. Stamm credits his enthusiasm for mechanics to his grandfather, a precision mechanic, and the many hours he spent in his workshop as a child, 'I believe the amount of time I spent between gear wheels and old radio tubes I developed a weakness for mechanics and machine.' That 'weakness' meant he wanted much of the machines and world he created in 'Leshcek's Flug' to be realistic in old-school science-fiction terms; he was keen, for example that the spaceship featured in the book should look 'very old, chunky and unsexy.'

I'll add this to my list of 'comics somebody will hopefully translate' but couldn't resist writing about it because I find Stamm's style so appealing-  sort of a finer-lined Faith Erin Hicks infused with a European influence. I really, really love that spaceship, too. You can find a synopsis and preview pages from the book below, along with a link to Stamm's website. 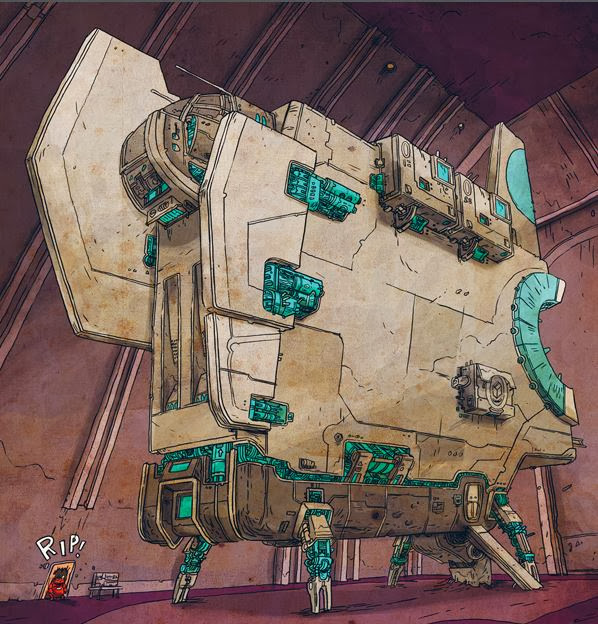 IN SPACE, THERE IS ONLY ONE RULE:
THE JOURNEY MUST GO ON!

'Somewhere in space there’s Neulins, a miserable and dirty place, where the check clocks on the factory floors beat time. The population adapted to this industry-asteroid’s rough climate: Neulins is nearly solely inhabited by “maschinenmenschen”. And like all others Leschek as well should actually be a small productive cog in this wheel. But at his work station in the toyfactory the jovial robot spends more time on his daydreams than on the construction plans of the latest multi-functional-figurine. When his hard-working colleague Fattko falls victim to the final malfunction, Leschek suddenly sees himself as the sole heir of a heritage that could finally make his escape possible. But to leave Neulins for ever Leschek needs a human partner.' 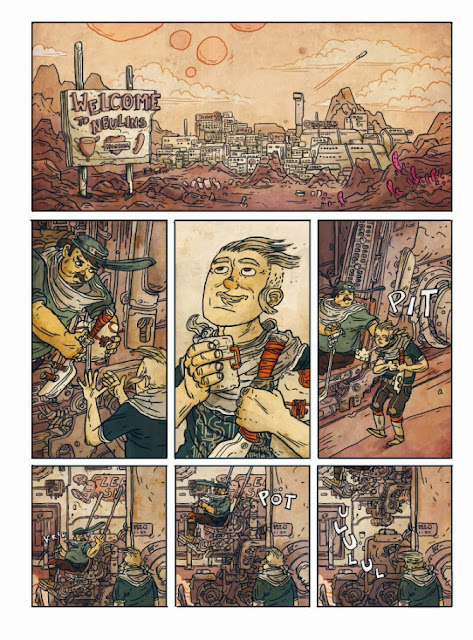 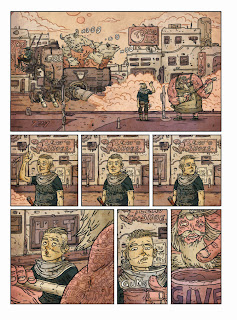 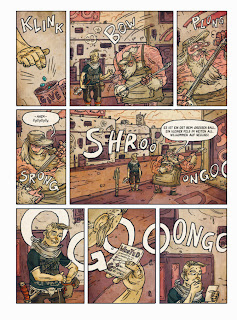 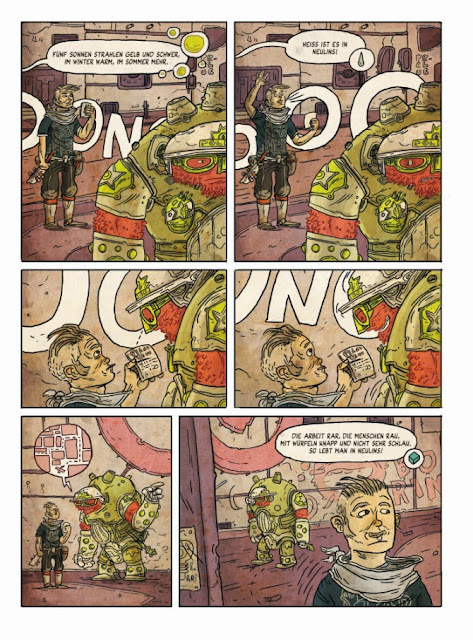 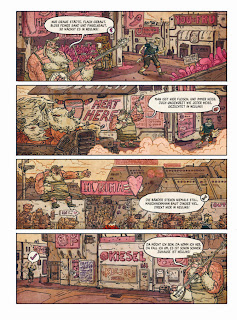 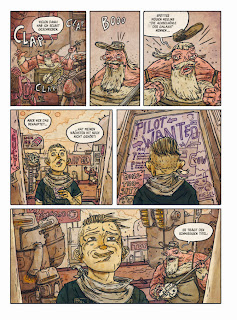