Some thoughts on the Observer/Cape/Comica prize 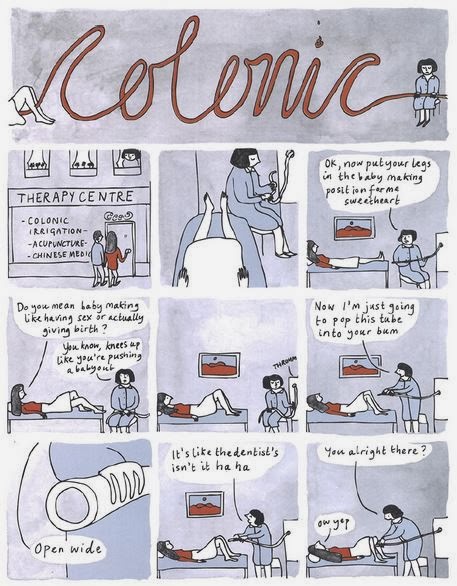 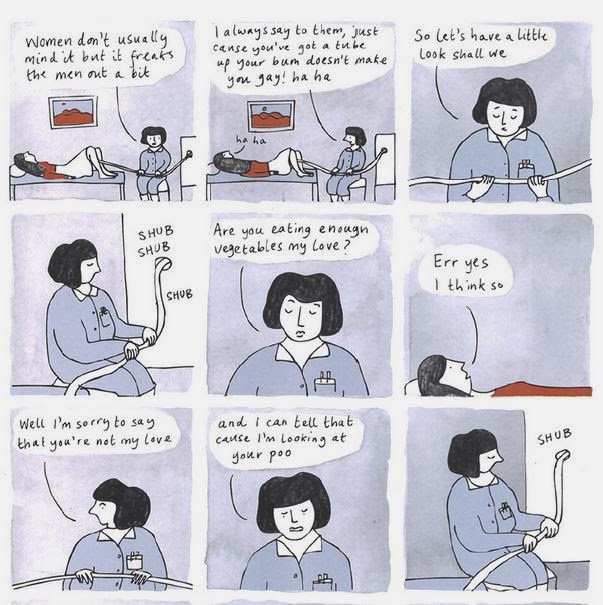 The winners of the Cape/Comica/Observer graphic short story were announced over the weekend: Emily Howarth-Booth triumphed with her entry, 'Colonic' and Michael Parkin was runner up with his comic 'Lines.' Sincere congratulations to both. However, the selections raised a couple of niggling thoughts which I will try to further elucidate below.

Having served as a committee member for the British Comic Awards this year, I now harbour a greater appreciation of the intricacies involved when judging such things. However, looking at the winning and second place entries over the years, they share a very similar aesthetic- minimalist, fine-lined, pencilled, a scratchy, linear style, even in quite a few instances even a shared colour palette: blues, grey, reds.  Whilst I'm aware that the judges can only select from the entries they receive (around 180 this year), it's curious to me that work with a particular tone and aesthetic should keep winning -Howarth-Booth, for example, was a runner up for the prize in 2008- especially because it doesn't reflect the variation and diversity of work in the UK comics scene, which is a small panorama of voices and styles. Whether a number of British artists comics creators didn't enter due to time constraints and other work engagements which take priority, I don't know, but just think of some of these names to visualise the strength and variety UK comics currently boasts: Warwick Johnson Cadwell, Donya Todd, Joe Decie, Kristyna Baczynski, Will Kirkby, Josceline Fenton, Robert Ball, Karrie Fransman, John Allison- I'm not saying these creators should enter, but simply offering them as an example of the diversity in art and writing styles that exists.

I'm unsure as to the reasons for this, but one of the possibilities is an issue which I mull over every now and again: the overwhelmingly white, middle class make-up of the comics scene here in the UK. Coupled with the largely employed, liberal, middle-class  Observer/Guardian readership, the pool of people who are aware of the prize begins to look limited. It's troubling that comics seems to be headed the same way as the literary establishment with regards to BME authorship, and it's vital to address these issues while the scene here is still growing and moulding, while nothing is set, rather than after the fact. The OCC prize is an important fixture one of the few comics prizes in the UK which is well-recognised, open to anyone, offers a substantial financial incentive, the chance to see your work in print, as well as a potential platform from which to build opportunities. Reaching out to a few different avenues for more active, wider promotion would be very easy to do and a starting point for greater exclusivity.

Another factor is the judging panel. This year the judges were Joe Dunthorne (author of Submarine and Wild Abandon), Stephen Collins (previous winner and author of The Gigantic Beard that Was Evil), Rachel Cooke (The Observer), Dan Franklin (Publisher, Jonathan Cape), Paul Gravett (Director, Comica Festival) and Suzanne Dean (Random House Creative Director). As far as I can tell, Cooke, Dean, Franklin and Gravett preside every year, with the two free spots being rotated, which is indicative of the problem.

When you're shortlisting and judging, the choices you make are a combination of subjective and objective, and with the best of intentions, after a number of years a certain level of comfort sets in; the need for fresh eyes and minds is a positive and constructive change. Having the same representatives of Cape and Random House on the judging panel year after year isn't conducive either- at the moment, the winning work is very representative of Cape's UK author stable- Simone Lia, Joff Winterhart, Katie Green, Julian Hansahw, Isabel Greenberg, Stephen Collins. It's fine and understandable for publishers to look for certain elements, a shared principle or aesthetic in submissions, but it's not what you want when judging a prize that aims to 'discover and publish the writers and artists of the future' within the UK. That Cape has gone on to publish books by quite a few of the winners suggests not only their quality but the degree to which they align with their remit. Work should be judged on merit but that seems to be slipping (consciously or unconsciously) into a preference for a particular type of work.

My aim here isn't to accuse anyone of anything, I'm thrilled that Cape are focusing more on homegrown talent recently, and am a big fan of previous winners like Stephen Collins and Isabel Greenberg, so the judges are obviously doing something right, but my first response on reading the prize announcements shouldn't be 'oh, more of the same.' I regard the Observer/Cape/Comics prize highly- that the associated organisations are supporting comics in this manner is great- and it can serve as a genuine foothold for any comics artist, as a showcase of UK comics talent, but I do also think there is room for discussion and improvement here. If you have any thoughts, please do respond in the comments section. 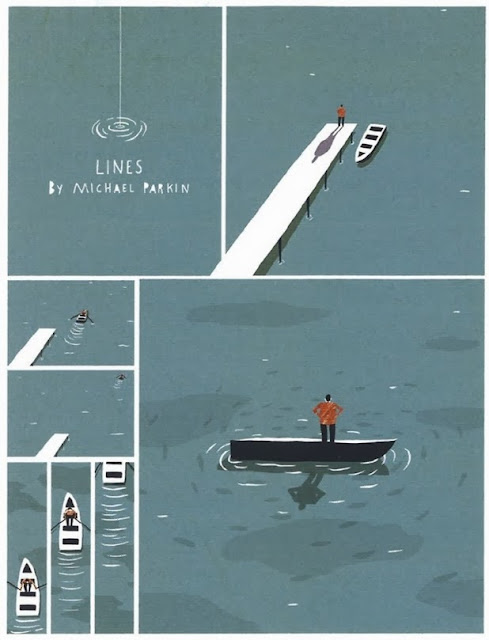