Comics, the cure to all ills

There's been a marked number of excellent comics on the interwebs recently, and much of them very attractive, so I'm putting my list-making and pretty picture tendencies to use and gathering a few of them here to direct you towards. Also, there have been quite a few word-heavy posts on here lately, so I thought I'd break up that tedium with some actual comics. All are free to access and read and gaze upon in wonderment.

First up, Sophie Goldstein's Bear and Fox, over at Study Group Comics. This is based on the “Vanishing Hitchhiker” urban legend and part of an assignment at the Center for Cartoon Studies that tasked students with adapting the story into a comics format. It's very short, but beautiful in the emotion and tone it conveys. I first came across Goldstein via her comics, Mothership Blues and Betsy, both multi-layered sci-fi tales, and if you haven't checked out her work yet, you most definitely should- her website is here. Her fantastic ominous parable, The Good Wife was included in the Best American Comics anthology this year and I think it demonstrates the progress she's making- she's a cartoonist whose work I always look forward to reading. 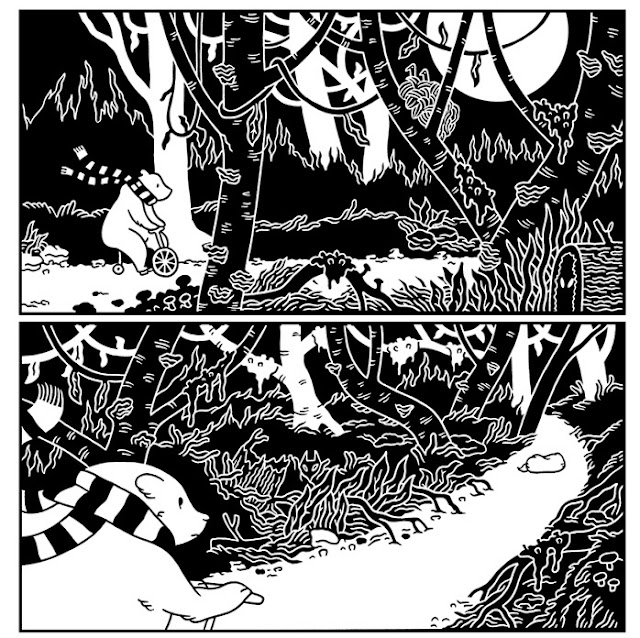 I really enjoyed this Disa Wallander comic- simultaneously serious and self-aware- I like when people recognise the ridiculousness of life and offset that with humour- it's an approach I wish more people would take. The last panel in this amused me, even as I saw it coming. 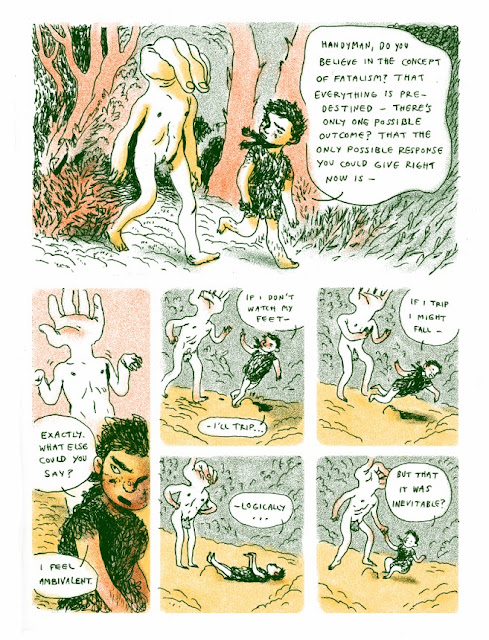 Craig Conlan has relaunched his comics site -and how! He's going to be putting a new story up for free each month and this first Hairy Mary adventure which introduces our heroine is superb, with some gorgeous, edible-looking, colouring. Seriously, it's so good I had to include two images from it instead of one. Perfect for kids. It's satisfyingly lengthy too- I still find it a bit difficult to believe that we have access to so much amazing comics for free- please take advantage wherever you can! 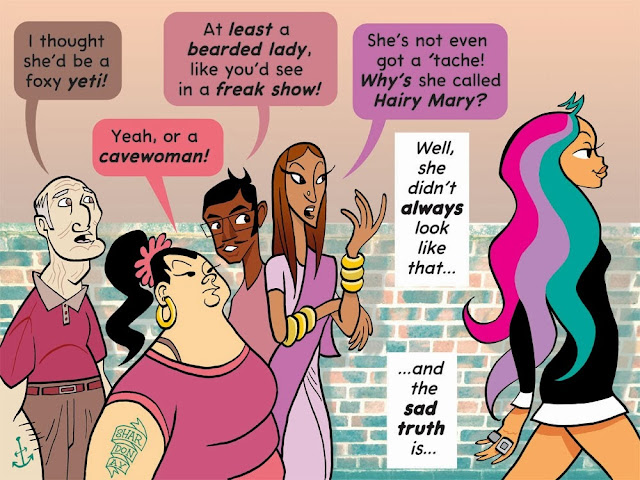 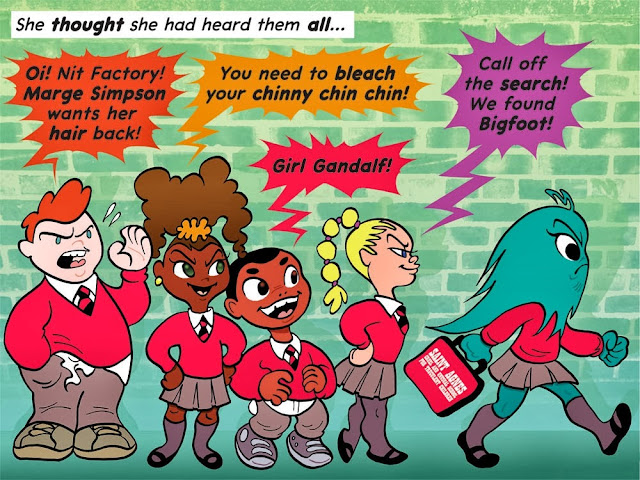 I have a well-documented ongoing struggle with auto-bio comics which yo-yo's in all directions, but I make an exception for Noah van Sciver. No reason why. I just find his work less offensive in its self absorption. Anyway, van Sciver's been making a bunch of diary comics recently and they're very, very good -yes even the one where he's wearing the most hipster duffle coat complete with toggles that ever existed. I like the sketchbook aspect of these, and how you can see that they've been done on paper with clearly visible pens/pencils and colouring. 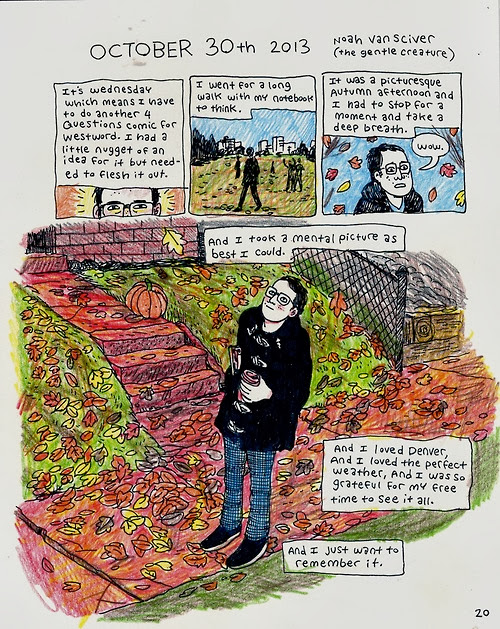 Dan Berry begins the first of what will be a series of comic collaborations with Nate DiMeo, illustrating the Memory Palace tales. I'm unsure to what -if any- extent the original text is edited here, but I think it would benefit from some going over, quite often the words and the pictures are repeating each other instead of working in complementary conjunction. It's Dan Berry, though so it's still pretty darn good. 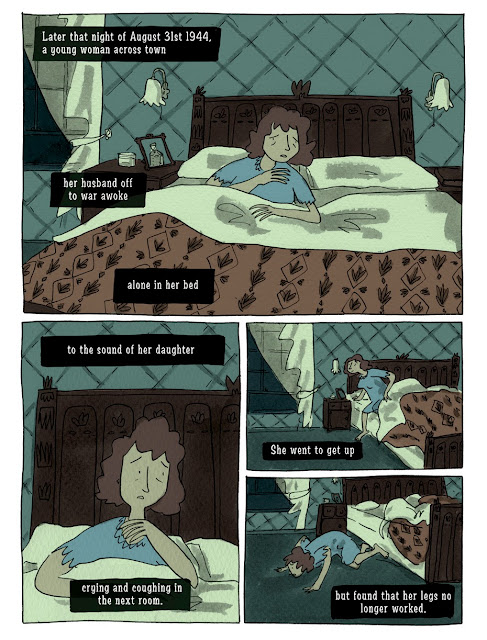 Robert Ball's entry for the Observer/cape/Comic was sublime; the colours, the shapes, the pacing. I'd urge you to simply read it and then perhaps read this, if you haven't already. Ball's almost single-handedly converted me to his art style, he did an amazeballs Wonder Woman commission recently too, which you can check out here. I like how his it adapts to all subject matters, it's not something that I'd expect to transfer easily, but it looks effortless and never discordant. 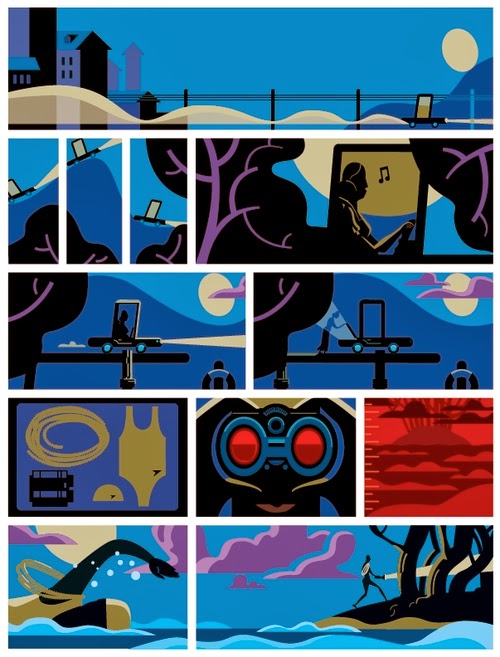 I found this Sean T Collins and M Crow comic really powerful me- the incessant pulse of it lend itself to the pacing which continues on and on. I read this and thought it captured the sentiment of the zeitgeist- politically- domestic, international, as well as the feeling of a whole generation that's' inheriting a shitload of problems (hey, that's' me!), not to mention that it can be personally applicable too. So it works very well on a few levels. I don't read it purely as anger, more than a frustration and apathy, and I'm pleased to see it's got the amount of notes and circulation that it has. 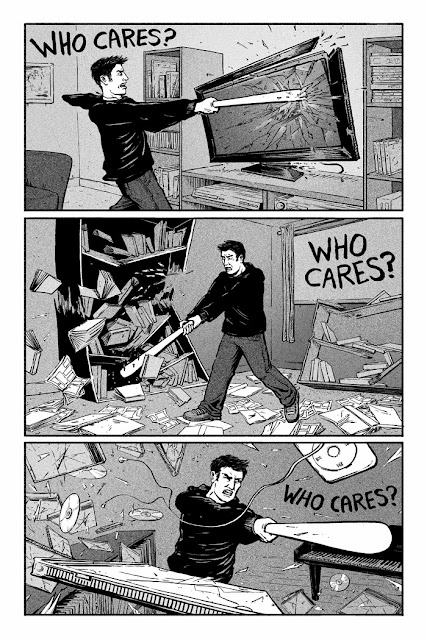 If you don't follow the phenomenal Joan Cornelia already you really should. Ever superb, below is just the latest strip in what is a line-up of ever funny, complex, disgusting comics that take some of the most plentiful and weirdest narrative twists and turns that you'll ever see in such a short space. And don't let all that smiling and the primary colours fool you, there's some intelligent and questionable commentary going on amongst all the blood and painted creepiness. Also, I'm sorry, but I'm probably the big orange dog in the scenario below. And I don't care. 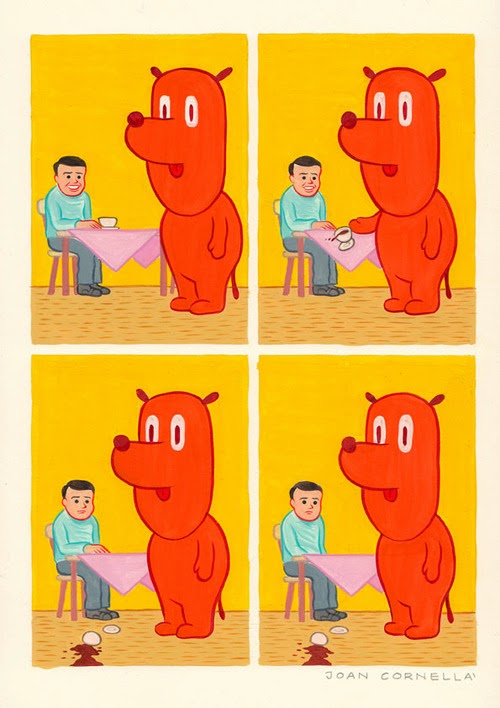 Julia Gfrorer's Phosphorus, one of the stories in her Blacklight collection which I reviewed last week, is now available to read for free online. This is the one that follows a young man with father issues to the river-bank for a briefly intense and unexpected water experience. Not safe for work, needless to say. 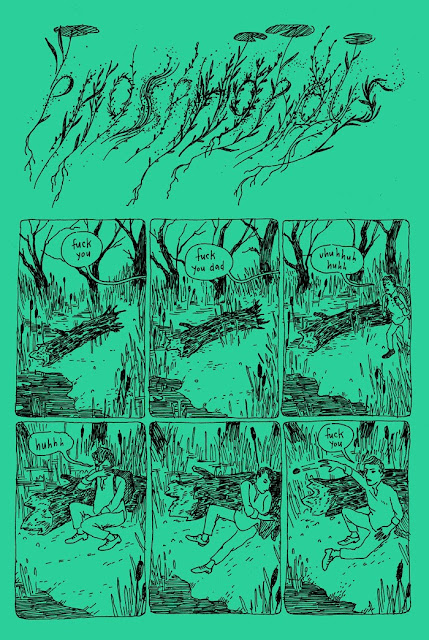