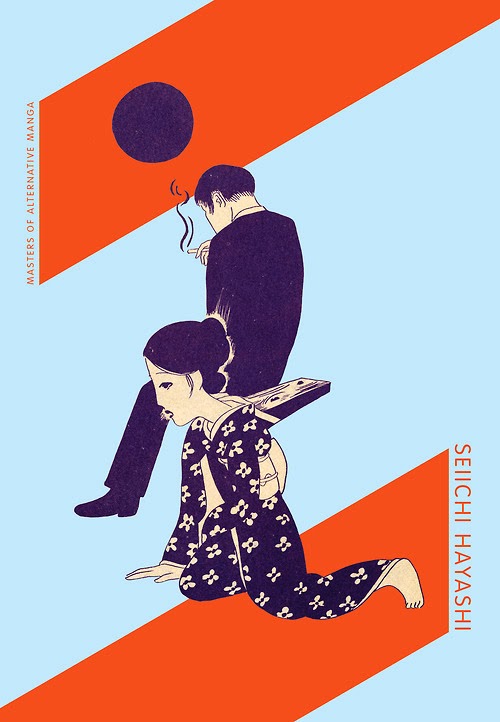 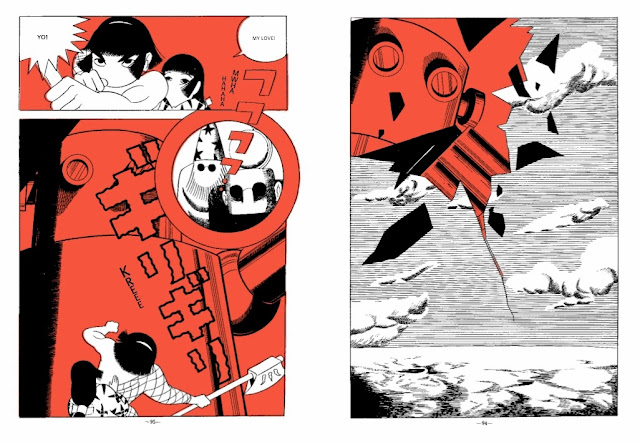 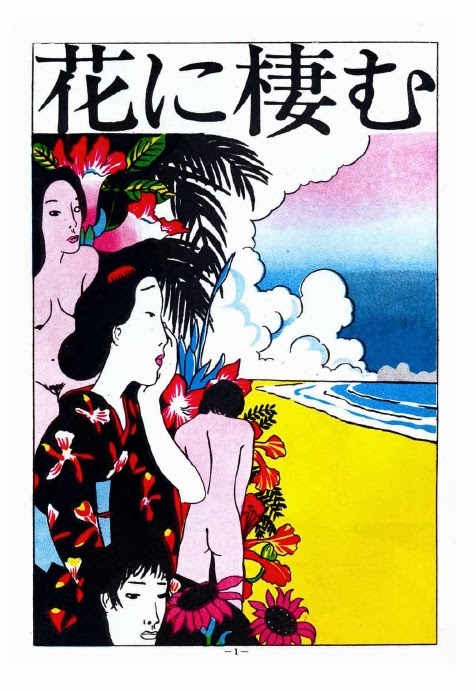 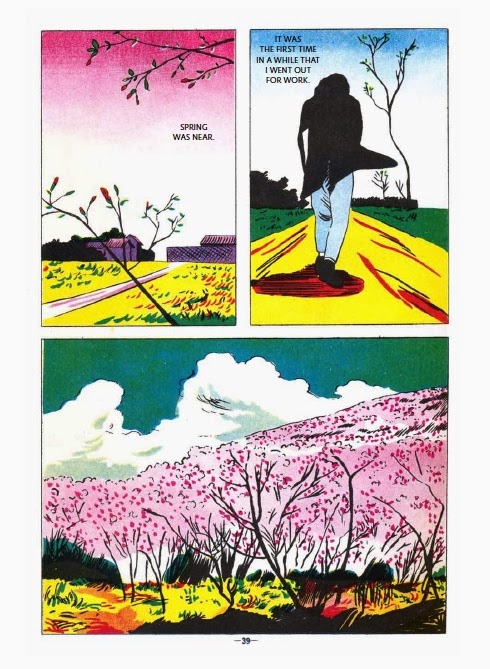 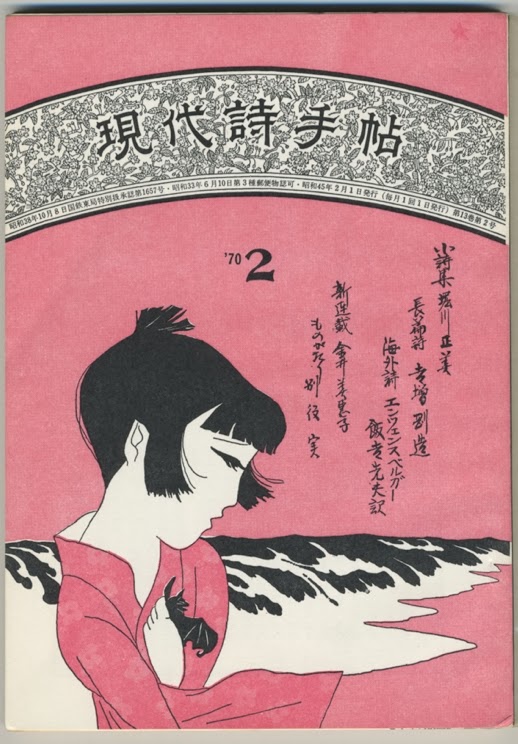 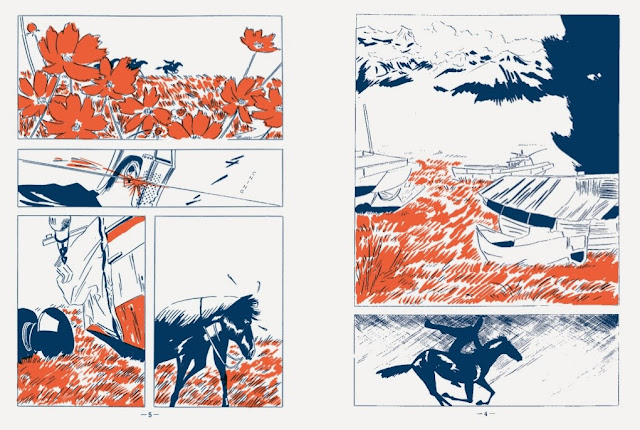 Thought I'd post a quick preview of Seiichi Hayashi's upcoming Gold Pollen and other stories collection from PictureBox as part of their alternative manga series, which I'm thinking of picking up. I have to admit to not having heard of him previously, so here's some brief information from the PictureBox site: 'Seiichi Hayashi (b. 1945) was a leading figure in Tokyo's hotbed of avant-garde artistic production in the 1960s and '70s. He is best known for his lyrical and experimental manga for Garo, the famous alternative comics magazine. The present volume collects a handful of Hayashi’s most important manga from this period, including “Red Dragonfly” (1968), “Yamauba’s Lullaby (1968), and “Gold Pollen” (1971). Published here in their original full color, these stories mix traditional Japanese aesthetics with Pop Art sensibilities, and range in topic from the legacies of Japanese right-wing nationalism and World War II, to the shadow of America over 60s Japanese youth culture.'

I still feel woefully under-versed in Japanese comics and am feeling my way around what is a vast, vast area to find things that I like. A lot of the long-running series and more 'goofy' material isn't to my taste, but I love the more genre focused work.  Hayashi's work looks more impressionistic, slightly abstract and less traditionally structured, approaches which I haven't seen much of in manga yet, but am interested to see the interpretation of, particularly as it's not probably what (in my limited experience) I associate manga with. Something that struck me looking at these images is the use of colour and how that seems to vary from culture to culture. Those 2 pages with the yellow, above, have a very traditionally Eastern colour palette; you would find colours put together like that in China and India and Pakistan- on old school painted Indian film hoardings, on embellished truck and vehicles and signs- generally signified by a bolder use of colour, maybe less in keeping with Western thoughts on complementary or 'correct' usage.

I tried to articulate these brain farts rather ineptly to Andy and we had a brief chat where he pointed out  the history of what was available geographically in terms of paints and materials within a country, and the economics of rich/poor. I guess what I'm trying to get at is within a country you'll find artists with a bucket-load of differing art styles, but generally the manner in which they use colour is the same- you get the odd few who use it differently and that divergence becomes their point of difference, let's say Kyle Platts, for example, who uses super-bright neons and fluorescents. The use of putting colours like bright, primary blues and reds together in Western culture is seen more as a negative, inferior thing- brightness is seen as loudness, which is obtrusive and almost offensive, they don't match, they're kitsch- unless it's done to the point of 'high art' and then of of course it's subverted and becomes appropriated as such. Part of why comics, superhero comics, like Superman etc., are seen as brash and juvenile is due to that riot of loud colours, so that when the alt comix movement came along, the black and white images were cheaper and easily recognisable and came to be associated with 'serious' comics. I dunno, just a random train of thought and a load of conjecture- the politics of colour probably exists a whole lot less today, but curious, still.
Posted by Zainab at 00:00