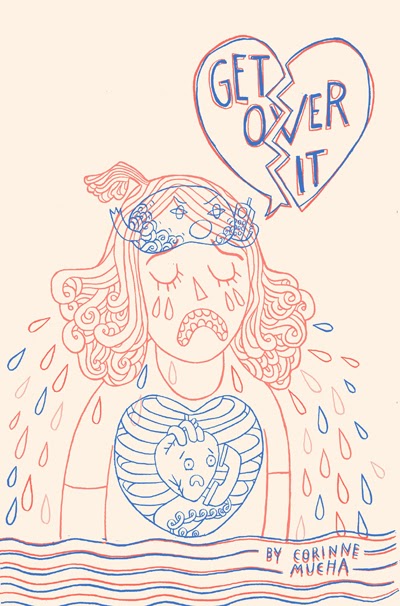 The Secret Acres crew wrote up their report on CAB (Comic Arts Brooklyn) last week and in amongst the discussion of Fantagraphics Kickstarter and the difficulties of comics publishing, there were nestled a few book announcements for the upcoming year. If you read this blog even semi-regularly, you'll probably roll your eyes whenever I say I'm excited about a new comic or book, but, you know, there's honestly such a vast amount of very, very good to great comics out there, so much so that it's difficult to keep up with them all. Having said that, I am super bloody excited that Secret Acres will be publishing a new book from one of my favourite cartoonists, Corinne Mucha.  Mucha will be producing 'Get Over It,' a continuation of sorts of the themes and issues discussed in her excellent mini-comic 'My Every Singe Thought,' which explored the perceptions and prejudices surrounding single women. 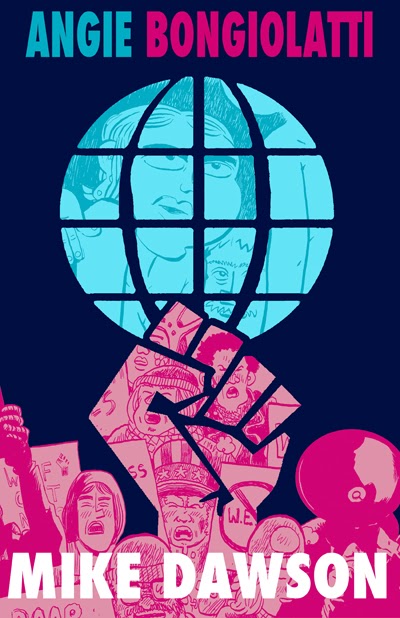 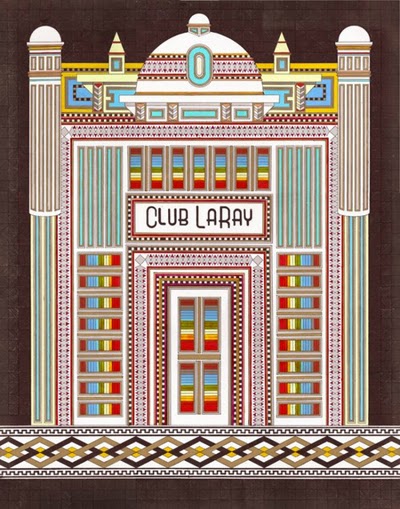 Along with the second installment of Theo Ellsoworth's 'The Understanding Monster,' Mike Dawson will be publishing his first book since Troop 142, and like Mucha, this one will be targeted more at an adult audience. Titled Angie Bongiolatti, it promises to 'feature explicit dongs, cooters and hooters with healthy helpings of sociopolitical commentary and philosophy.' The final announcement was an art book from Edie Fake, based around his exhibition Memory Palaces, a series of patterned, architectural drawings which journeyed through imaginary and real locations in Chicago, detailing it's queer history .

So there you have it: a glimpse into Secret Acres' 2014 catalogue, and what looks to be a stellar year. As a citizen of the rainy isles, the only downside is tracking their books down; the publisher don't have a UK or international distributor at the moment, but their books can be found in select comic and book stores such as Forbidden Planet, Gosh! and Nobrow.
Posted by Zainab at 21:30