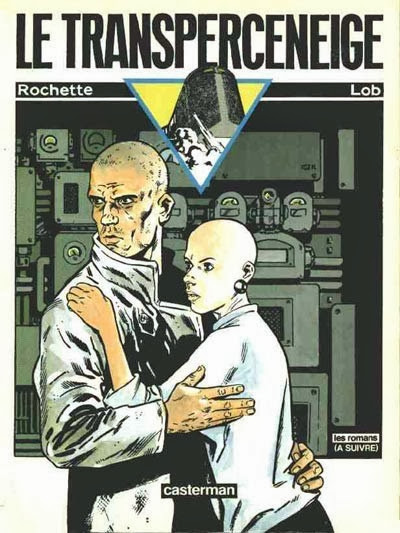 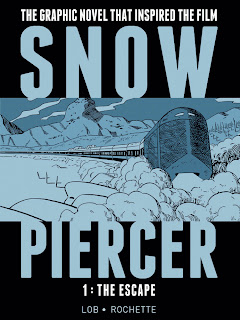 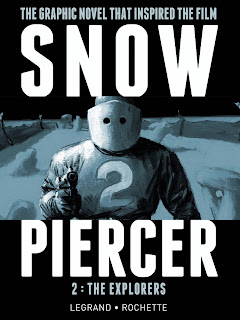 I was flicking through the newly released Previews in the shop last Tuesday and saw that UK publishers Titan are giving the acclaimed bande dessinée, Snowpiercer, an English language release early next year. Snowpiercer has a bit of a mottled history- the first and original graphic Le Transperceniege novel, written by Jacques Lob (who is still, I believe, the only writer to have been awarded the Grand Prix award at Angouleme) and illustrated by Jean-Marc Rochette, was initially published in installments in 1982 and then  in a collected in 1984. The two subsequent volumes, again illustrated by Rochette and published by Casterman, were penned successively by Benjamin Legrand almost two decades later in 1999/2000 and carry the distinction of being very well received and complementary, building and adding to Lob's creation, although the first book can still be read as a stand-alone tale.

Snowpiercer is set in a dystopian future in which the majority of life on the planet has been destroyed by a n anti-global warming experiment that's bought about a second ice age. Mankind's surviving dredges all live aboard the Snowpiercer, a mammoth train, one thousand carriages long. powered by a perpetual-motion engine, that travels round and round a frozen Earth. Over time, a class hierarchy has developed, with the rich and elite living in luxury in the front of the train and the poor in squalor at the back- a Titanic situation, if you will, but without the impending iceberg. But such situations rarely last, and the lowly masses begin to gather and revolt, led by Proloff, a refugee from the tail of the train, as they travel through the train, forming plans to seize control of the mythic engine.

Titan have given Snowpiercer volume 1: The Escape a release date of January 29th, followed by Snowpiercer volume 2: The Explorers on February 25th. Whilst I'm hugely pleased by these translations, how horrible are these English language covers, with that huge, overwhelming, ugly typeface? So bland nad lazy, and uninteresting- I wouldn't be surprised if they're designed by the same person who produces the terrible Kick Ass book covers that Titan also publish and distribute. I'm not really sure who thinks these books are made more attractive or marketable by these newer covers. 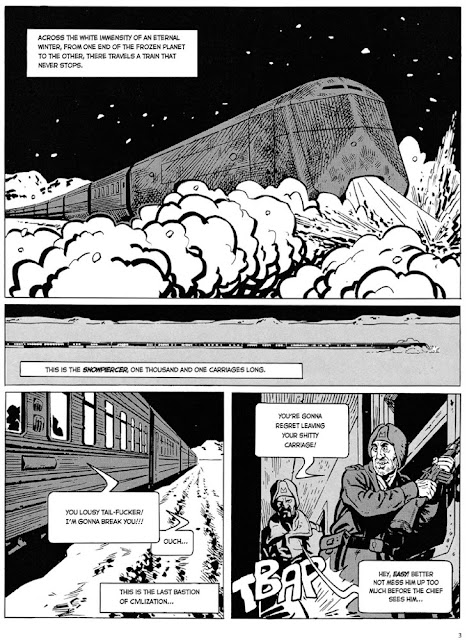 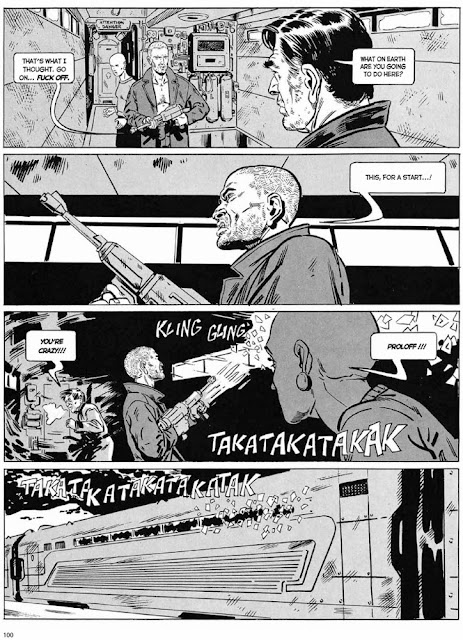 Snowpiercer, was, of course, recently adapted to film by Korean director Joon-ha Bong, who also produced the excellent 2006 movie, The Host. It was during pre-production of that film in 2004 that Bong visited his comic book shop and chanced upon Le Transperceneige, reading the entire series whilst stood right there in the store, and then went on to secure the screen rights for it in 2005. The film, a Korean-American-French collaboration with a cast including Chris Evans, Tilda Swinton, Ed Harris, John Hurt, Jamie Bell, Alison Pill and more, has had a slight tumultuous journey to wider audiences; it was released in Denmark and Korea at the end of August, breaking box office records in the latter country, and in France at the end of October, where it was a critical and commercial success, becoming the highest grossing Korean film to release there.

The distribution rights for North America, UK, Australia, South Africa and New Zealand were bought by The Weinstein Company, but there has been some controversy over Weinstein's desire to cut 20 minutes worth of footage from the 126-minute running length in order to make it more 'accessible' to audiences -particularly in America-, despite 80% of the movie being in English. The film still has no projected release dates for either the US or the UK, but will open in Japan, Sweden and Greece next February. You can see the trailer for it below.