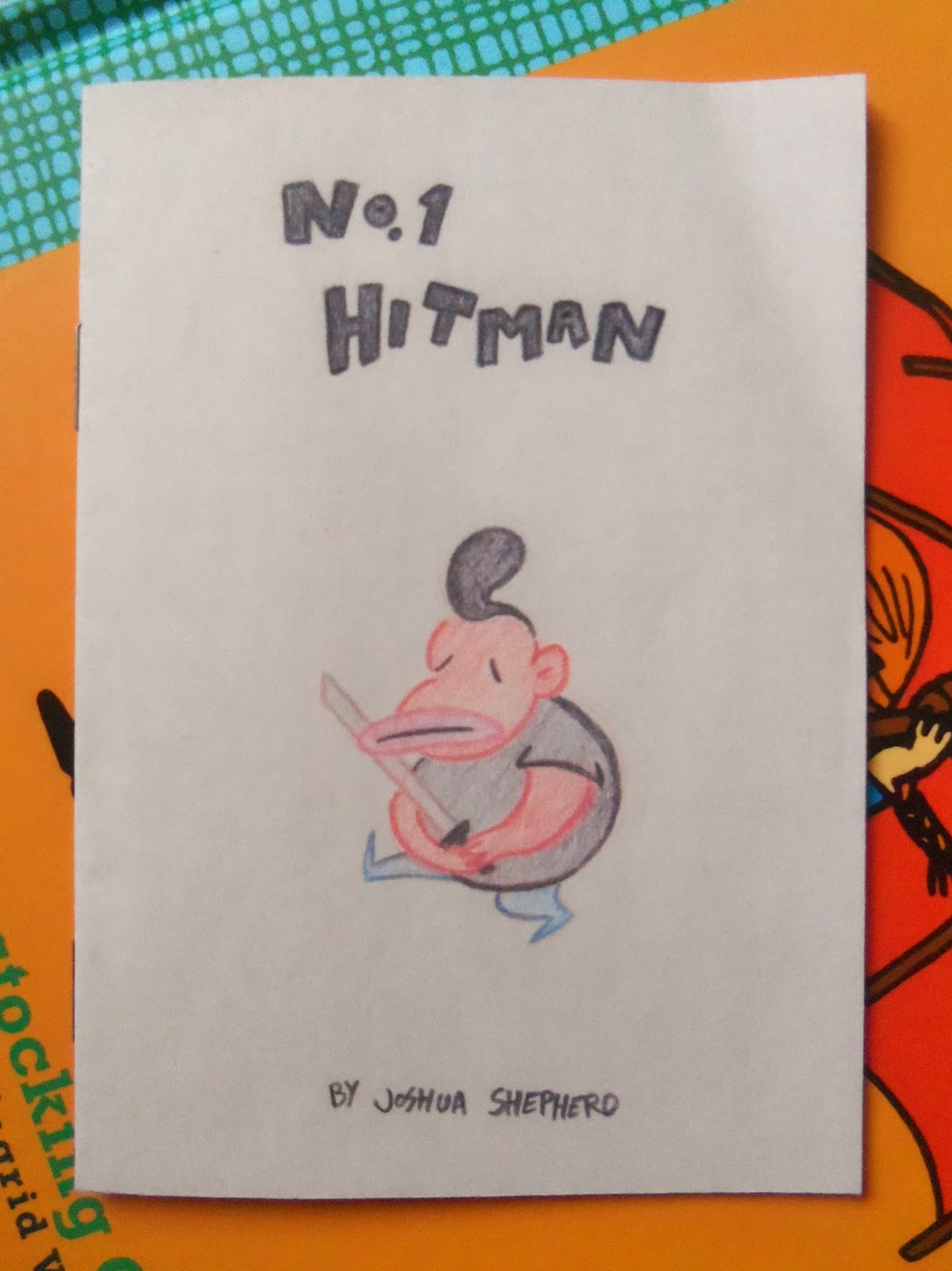 Thought Bubble was a mad rush this year, but luckily I had back-up, with Jared (my boss at OK Comics) picking up lots of comics for the store, which I then proceeded to nick off him. One of these was Joshua Shepherd's No 1 Hitman, a tiny, warmth-inducing treasure. I have to admit I'm not entirely sold on coloured pencil comics -Brian Fukushima does some nice ones- but overall they feel a bit ineffectual, and I absolutely abhor the ones where you can barely make out the art or lettering. The line between deliberate naivete and messiness is often easily crossed. I enjoy being won around though, and No I Hitman, and Shepherd's work has helped me forwards towards that.

Hitman works much better in print, the tangible smallness of it, the physicality is part of its appeal and aesthetic. A rotund little dude taps away on his computer, busily blogging away, of which consequences lead to a Rambo-samurai Hitman landing in his backyard and challenging him to a duel. I like the punchiness of the pace, the beats between the sparse dialogue, and the clarity and spacial layout of the drawings and panels. It works better also for not being drowned in backgrounds and colours; the manner in which the framing of images in border-less panels, boxed ones, or mini splash pages with one focal point, have been thought out is great. The whole things is beautifully executed, simple but totally effective, and I was completely charmed by it.

You can read the whole of No 1 Hitman for free, here, or if you want a physical copy, I have a couple to give away, just send me an email at znbakhtar@yahoo.co.uk (worldwide postage). Below's a quick few questions with Mr Shepherd himself. 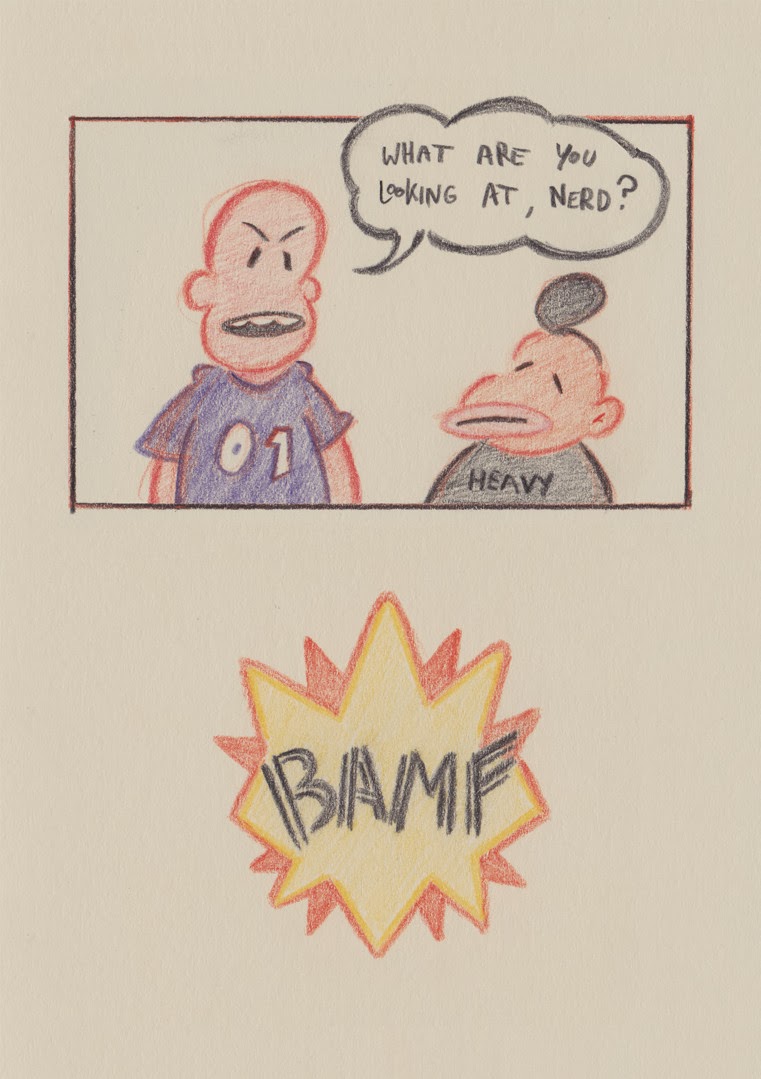 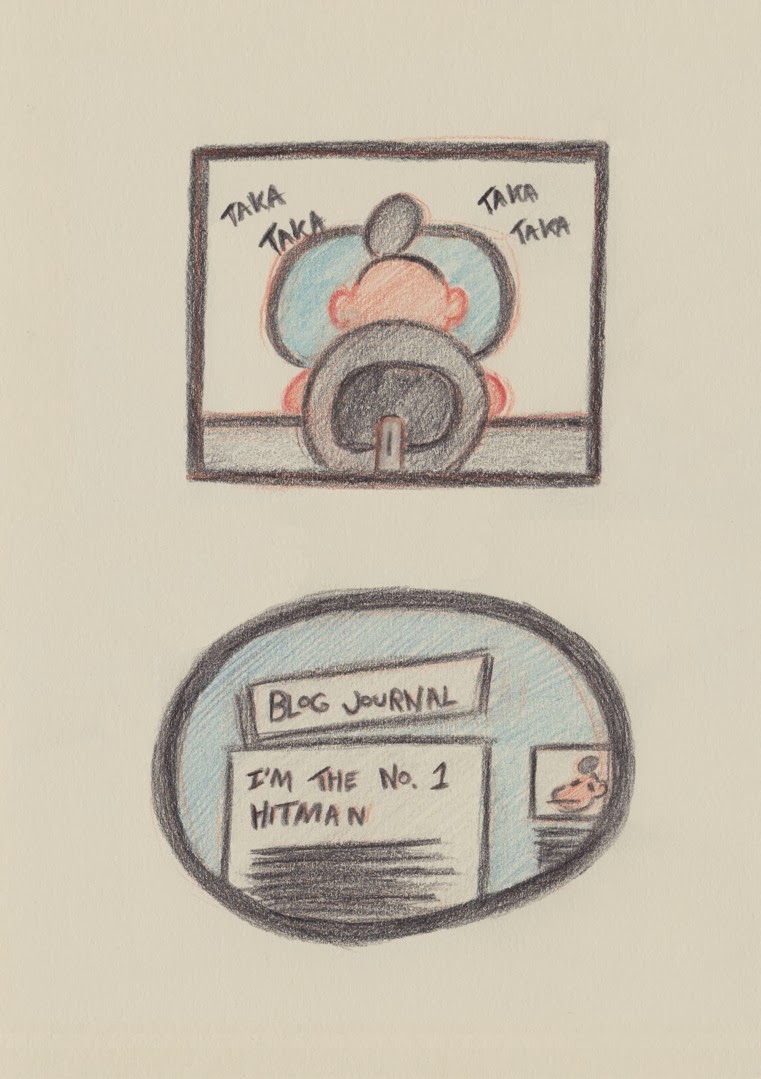 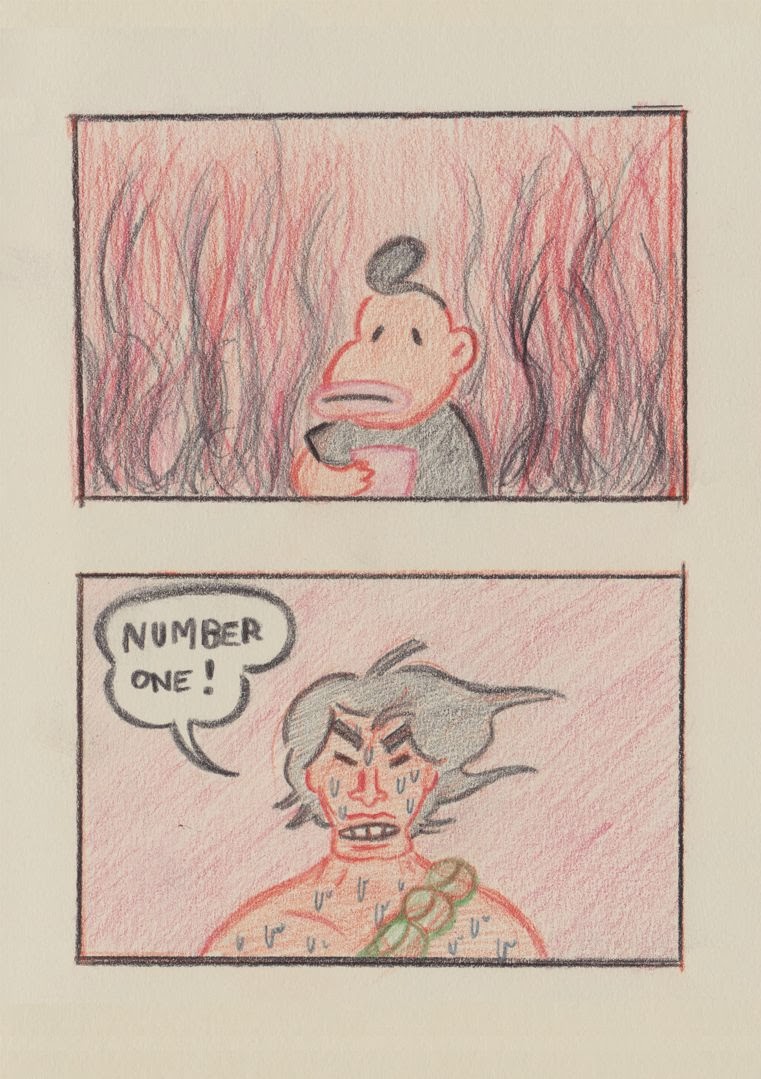 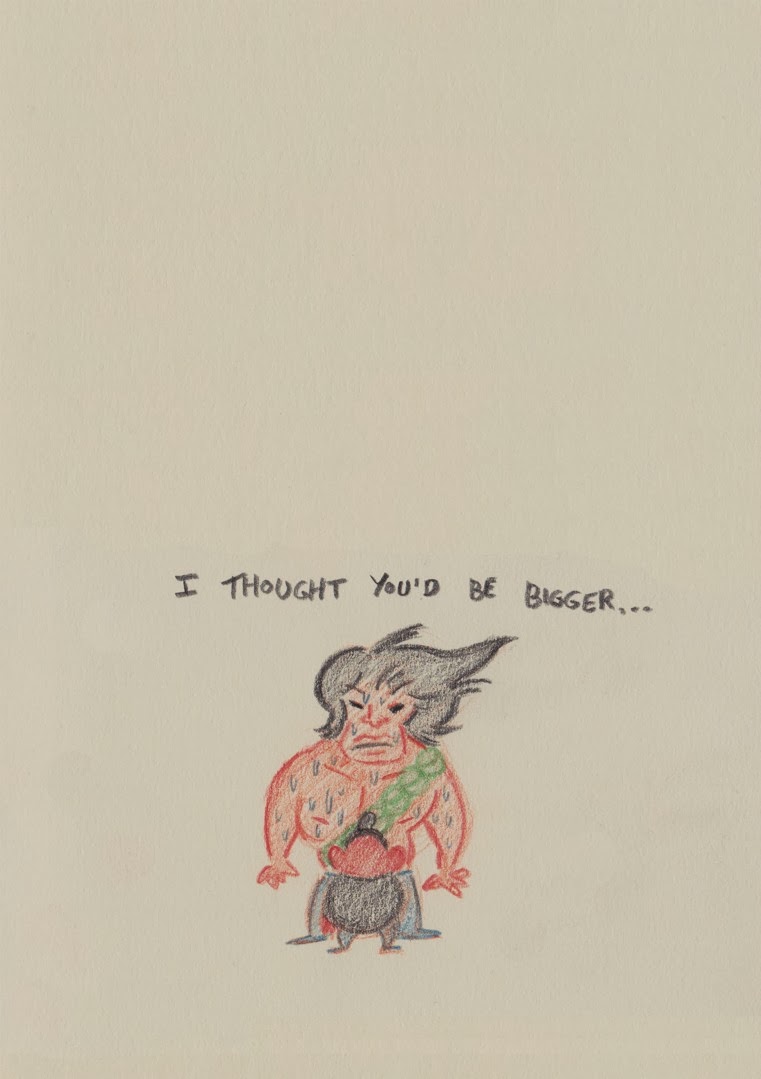 I've seen a more poeple doing comics with coloured pencils- still unsure how I feel about them. Why do you use them, or like using them?
I've always felt more confident in my penciling than I have in my inking, I feel like I mess up a lot when I ink and there's kind of less of that fear with colour pencils. I think I'd like to do more.

What are you working on at the moment/what's next from you?
I'm currently working on a submission for the Vertebrae Guro Anthology which should hopefully be getting Kickstarted in February. After that I have a couple of personal comics I want to start working on, one loosely based on an old superstition about feeding a dog the hair of a sick man so that he passes his cold on to the dog.

Name 3 things you love (yes, love, not feel weakly about) about comics- can be anything from creators, to lettering.
There's so many cool things about comics it's hard to nail down specific things. I guess I really love cartoon physics in comics and I'm a total sucker for print quality and comics with limited colour palettes.

Which British creators are you excited about right now?
I'm really excited for anything Isaac (Lenkiewicz) does. I met Jack Teagle and Donya Todd at Thought Bubble this year and I'm pretty excited to see more from them, especially their collab comics.

Please can we have a Hitman sequel?
I have actually thought of doing a sequel! I have a couple of other hitmen characters I'd like him to encounter. One of them is actually a recycled character that I came up with when I was 14 who had the power of being covered in tremendous amounts of acne that made him bulk up like the Hulk. I was very into Ren and Stimpy style gross out humour and I guess I still am.

Favorite food?
I usually say pizza but I've been eating a lot of chicken and bacon ranches from Subway lately.

You can find Josh's Tumblr here