Been wrestling with a lengthy piece on James Stokoe's Godzilla which will DEFINITELY be published later today, but in the meantime, here's a quick couple of pictures of what I'm reading at the moment. 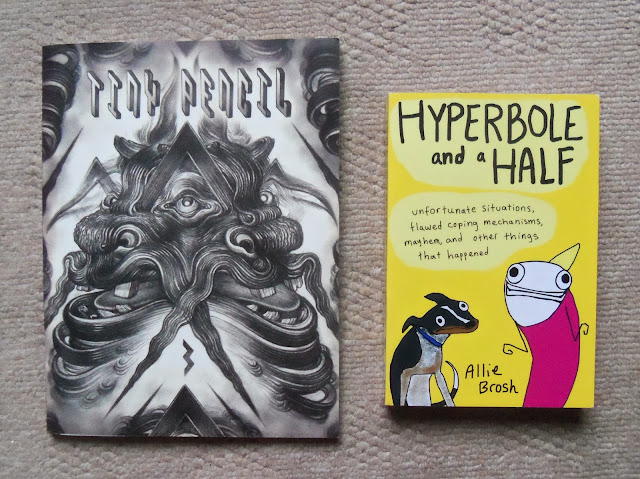 Tiny Pencil 3: Beast issue, with spectacular cover by Lee Misenheimer. My love for Tiny Pencil, the all-graphite comics and art anthology, is immense. They did a special summer issue which comprised of 3 boxed mini-zines packed with comics, puzzles, art and more (it came complete with colouring pencils and mini dice), but they're now back to the more traditional A4 format. I've had a quick flick through and it looks suitably amazing- lots of dark and creepy leanings in this volume. Hoping to read it over the weekend and report back next week sometime. Great line up of contributors too, featuring  Lilian Coquillaud, Renee French, Isabel Greenberg, Alys Jones, Malojo, Andy Poyiadgi, Charles Santoso, Dace Sietina, Allison Sommers, Sina Sparrow, Tobias Tak, Eleanor Taylor and James Unsworth to name a few.

Allie Brosh's Hyperbole and a Half, of which I've heard much, particularly in relation to her comics about depression, and thus have bought. Interested to know how many folks have heard of this, considering it's sold hugely well, probably better than any other cartoonist this year. But there seems to be a snobbishness surrounding the definition of whether it's 'comics' or not, which I find sad, and hypocritical taking into account the mediums own constant struggle for legitimacy within literature. 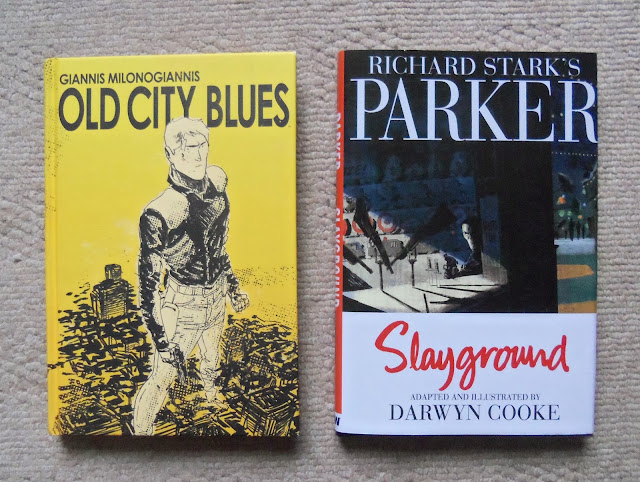 Something old, something new. I know Giannis Milonogiannis has just published the second volume of Old City Blues, but I've not yet read the first, so now seemed like a good time to get on board. It's got androids, murders and future detectives, so it should work out. On an aside- I've never seen someone receive more Tumblr asks about why the first book is in hardback and the second in softcover. Milonogiannis is way too nice to his audience- if it was me at the end of 10067th wheedle: 'When will there be a hardback version of volume 2?'. I would just boom 'NEVER!' followed by an appropriate (or not) Gravity Falls gif.

New Parker adaptation by Darwyn Cooke from IDW: self explanatory. Shorter than previous volumes- comes in at about 80 pages, plus a short story, but it's not like I'm not going to buy it, which they're obviously well aware of. What I mean, of course, is, however many pages it takes to best get the story told. Yes. 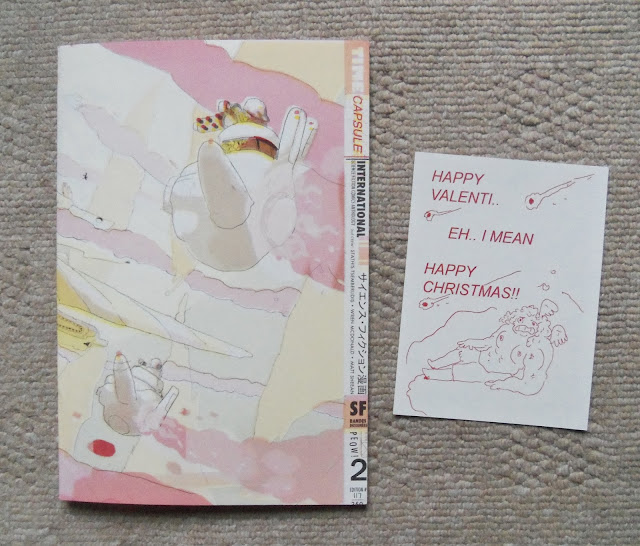 Christmas present from the Peow! Studio guys- the new Time Caspule anthology- super excited for this. Love that card :) Big thanks to Olle, Patrick and Elliot. They're coming to TCAF (Toronto Comics and Arts Festival) next year, and fingers crossed- they manage to get a table at Thought Bubble too. I'm hoping (sorta quietly confident) 2014 is a great year for them- they're honestly bringing out some beautiful and very, very good comics and they deserve it. If you haven't already check out their shop and wares.

In the meantime, if you read this blog even semi-regularly, I would really appreciate your input. I've tried to post every weekday this year- and failed-I have 2 jobs and other commitments and it's been difficult to keep on top of. For the new year, I'm hoping to have a schedule of posting on Mondays. Wednesdays and Fridays, although that's not set in stone. What I'm asking is how often do you check on a blog or site- which days or times do you visit, are there any overwhelming preferences? I know for example, Friday is a slow day, because it's the start of the weekend, but I thought it would be a good idea to still post update then to give people something new to read over the weekend. If you have any suggestions for scheduling, and for content and what you like to see, please leave a comment. Thank you!
Posted by Zainab at 12:26