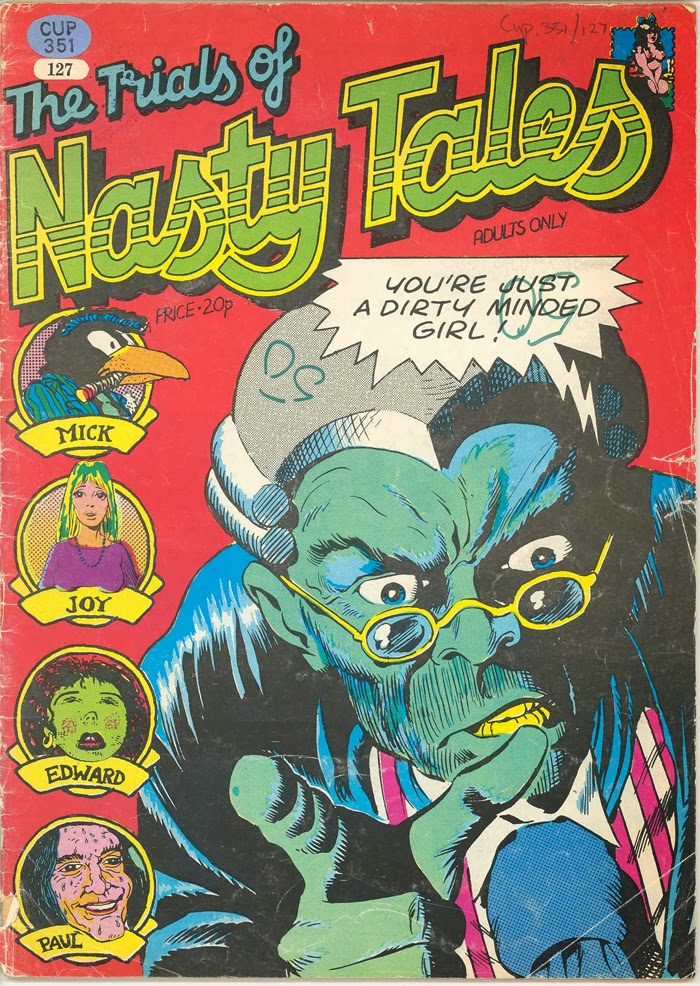 If you needed further proof of the renaissance that British comics are currently experiencing, the British Library yesterday announced it would be hosting the largest comics exhibition of its kind in the UK. The show, titled 'Comics Unmasked: Art and Anarchy in the UK,' has been co-curated by John Harris Dunning. and Paul Gravett, and will run from May the 2nd until the 19th of August. The exhibition will cover comic books from 1825 to present, showcasing a range of work from well-known British comics creators such as Dave Gibbons, Alan Moore, Neil Gaiman, Mark Millar and Grant Morrison.

While the British Library holds the complete output of the British comics industry (or at least,  a copy of every comic produced via a publishing house), Roy Keating, the library's chief executive, said it was time to give the medium the justice it deserves, 'It is fair to say, if we are being honest, that we haven't devoted to that sector of our collection the scholarly and curatorial effort we have devoted to some of the higher culture parts of our collection. This year we are addressing that with a vengeance.'

Dunning, interviewed in The Guardian, promised that the show will encompass the breadth of UK comics, from the mainstream to the underground. Dunning emphasised the aim of the exhibition in pushing past  any perceived notions surrounding the medium: exploring beyond the superhero genre and debunking myths around gender preference: 'When we first started to talk to people about this comic book show some people said 'it's only for boys. It's garbage.'

It's a view with which Dave Gibbons (whose The Trials of Nasty Tales, documenting the 1973 obscenity trial his Nasty Tales comics series faced, will be on show) agrees: 'It is remarkable how much of the American comic book industry is based on superheroes and has been locked on that for so long. I've done my share but like any genre you do reach your limit and arguably it has been reached. They'll always have a resonance with people but I'd like to think the field is wider – there's things for people of all ages and inclinations, rather than just [for] adolescent boys.'

The exhibition, it's breadth, size, and profile, is an indication of the growing strength and visibility of UK comics and will hopefully go some way in further establishing and developing the scene.

You can visit the British Library website here.
(via The Guardian)