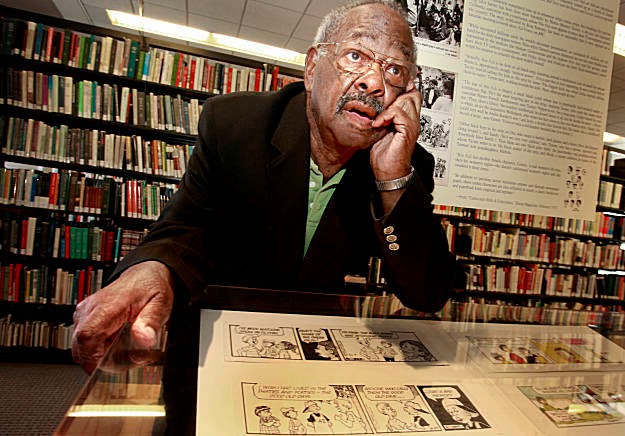 Cartoonist Morrie Tuner, creator of the Wee Pals newspaper strip passed away this Saturday in California. Turner had been undergoing treated for dialysis and kidney-related problems. He was 90 years old.

Turner was the first nationally syndicated African-American cartoonist, creating his best known work, the Wee Pals comics strips in 1965. When it first began running, the strip was carried by only 5 newspapers, but by 1968, following the assassination of Martin Luther King Jr, it was more widely embraced, appearing in 100 newspapers nationwide. His aim was to portray a more positive and diverse world, in which differences were accepted and celebrated, and in doing so he created one of the first strips featuring a multi-racial cast: 'All the kids [in my neighbourhood] were different,' Turner told the the San Francisco Chronicle in 2009. 'White, Filipino, Japanese, Chinese, black. It was a rainbow. I didn’t know that wasn’t the way it was other places. Oakland was that way before the war. We were all equal. Nobody had any money.'

Tuner continued producing the Wee pals strips even as his health declined, and was recognised for his contribution to the medium by a number of awards: the Inkpot, the Anti-Defamation League’s Humanitarian award, the Milton Caniff Lifetime Achievement Award, the 'Sparky Award,' named in honor of his mentor  Charles Schulz,  and the Bob Clampett Humanitarian Award, amongst others.