Let's kick off 2014 with a new fortnightly feature, which you can be pretty sure of seeing regularly as it doesn't involve me writing much. Introducing Comics Shelfie- where a lucky comics creator gets to talk about their personal comics/book collection and then select and talk about 3 individual books which are important to them ( although not necessarily comic books). A feature birthed from my undying curiosity about other peoples bookshelves, and apparently one which I am not alone in harboring; I hope you'll enjoy it. 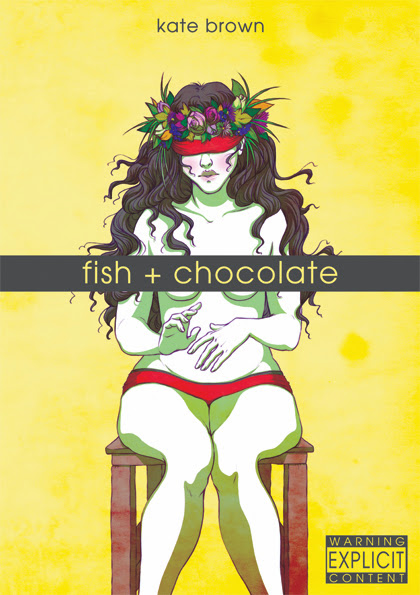 Magnanimously getting the ball rolling is ace cartoonist Kate Brown, creator of the beautiful Spider Moon, Fish and Chocolate, contributor to The Phoenix, the UK's leading children's weekly, and Young Avengers artist. Kate's one of those talented people who do a lot of cool stuff apart from comics, like The Princes in the Tower animation and illustrations for the Tower of London. You can see and read more about Kate's work here. But now, here she is showing off what's a pretty nifty comics collection: 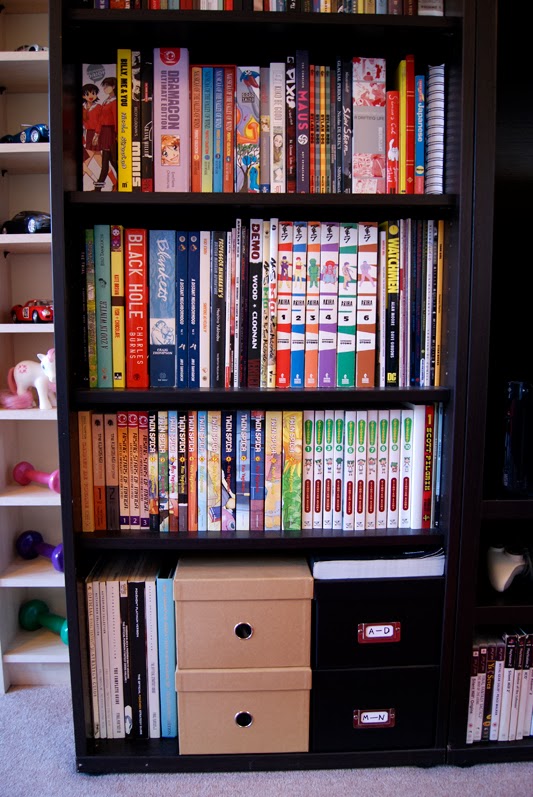 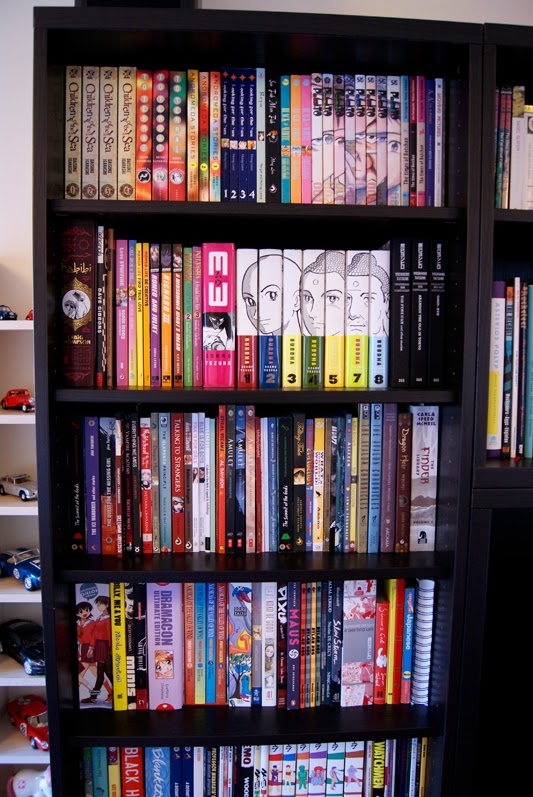 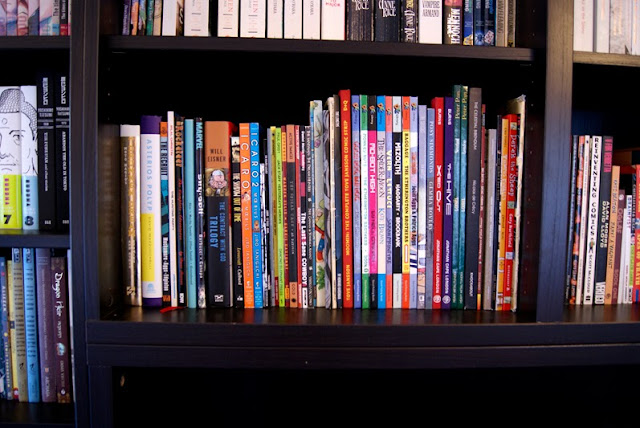 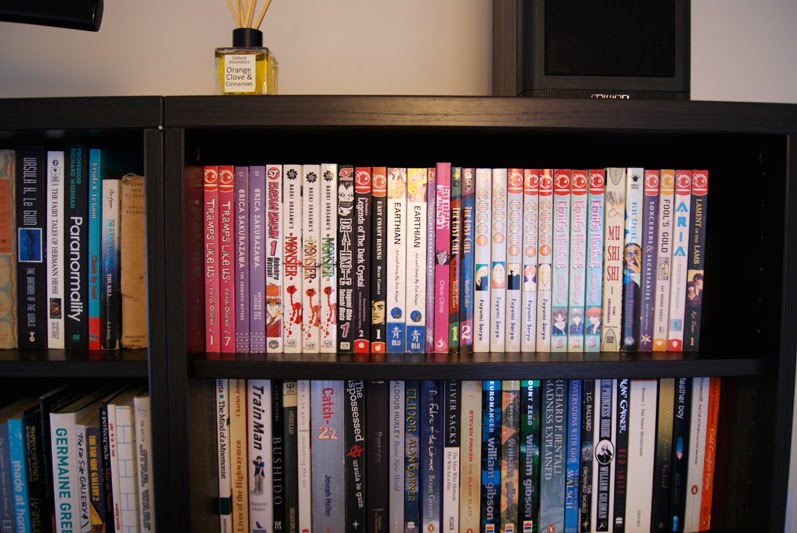 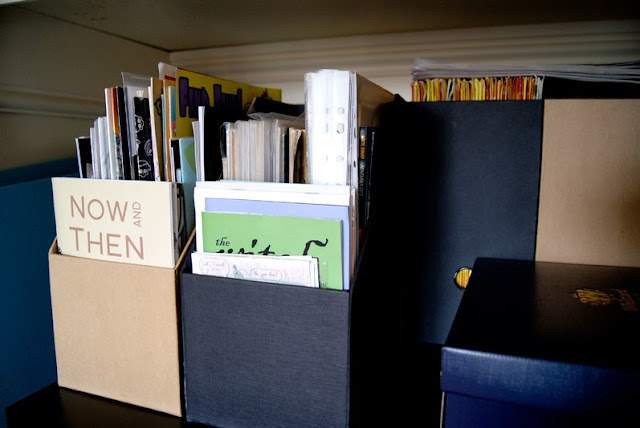 'I share my collection with Paul Duffield. I'm not sure what percentage of stuff is his, mine or ours any more. One of our dreams when we wanted to move in together was to have a big wall of books! We actually managed that! We sit opposite this big wall a lot of the time. It's pretty useful to have comics stare back at you - gets you motivated!! Gotta up our game!!! Gotta keep going!!!! Exclamation! Our books are layered - there's stuff behind stuff behind stuff (thank you, deep IKEA shelving), especially for the longer manga series, and a lot of it's mixed in with wordy-books, so, this is like the main bulk of it. We've got boxes and boxes full of mini-comics dating from 1999, which was when we started doing the convention circuit -- they're in that last photo. We keep overflow and artbooks in the office, for ease of grabbing quick. We both LOVE arranging. Thankfully.' 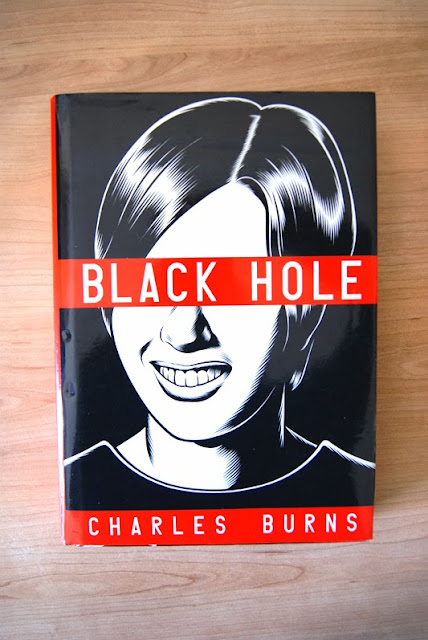 Black Hole - Charles Burns
I don't think I knew who Charles Burns was at the time I picked this up. I'd gone out on my lunch break from the shop to look at the bookstore, and got super drawn to it. It was really more than I could afford, but I did buy it, and I remember its weight FEELING expensive and very special in the carry-bag on the way back to work. I started reading it immediately in the cellar amongst the unwashed wine glasses. There are books I love, and then there are books that I love and have given me confidence as a creator, and this is one of the latter. Reading it at the time felt like being shown a little bit of Burns' true heart, and I felt privileged. It made me want to be honest and true to myself as a creator, too. Easily one of my favourite, and most important reads, ever. 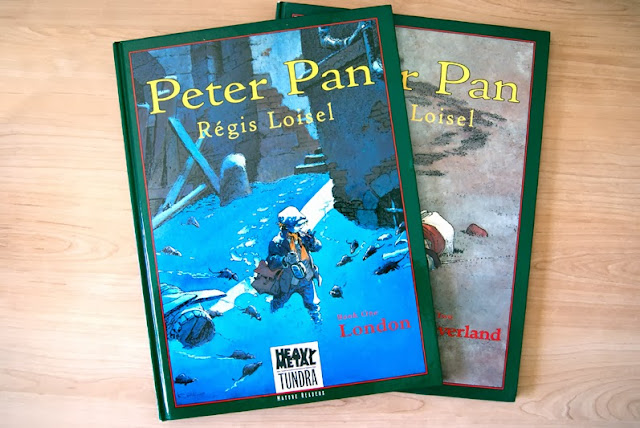 Peter Pan - Regis Loisel
In university, our tutor set us a comic to read every week, and it was placed in a filing cabinet and we'd go and get it out. He was big on European creators, and so reading all these books when I was really trying to develop some skill had a big impact on me. The thing I remember most about the second volume of Loisel's Peter Pan was that my tutor said some of the content might be too much for me, because, you know, I was a girl. Obviously, that made me want to read it even more. I loved how grotesque and beautiful everything about the books was, and while I felt I could never match the draftsmanship that Loisel posessed, I wanted to try and inject the lived-in feeling he gives his characters and settings, as much as I could. And it taught me not to be afraid of what I wanted to show in my work, too. 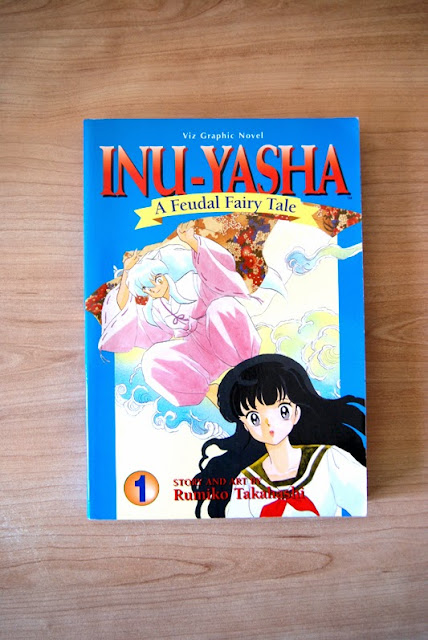 Inuyasha - Rumiko Takahashi
I couldn't say it's my favourite comic, but Inuyasha is still super special to me! It was the first proper series I got serious about COLLECTING, and it was around the time manga became a little easier to get hold of in the UK. I'd read in Manga Magazine that they'd just started releasing it, so I wanted to jump on that first release and go along with the ride. I think I was given vols. 1 & 2 as birthday presents, and read them over and over and over. I was happy just to read something that was by such a successful woman creator, even if the manga industry felt like worlds away. As it happened, I got up to like vol.12 in the series, and then realised it was going on forever and I super couldn't afford it, and stopped. I looked up the ending on Wikipedia recently, actually... maybe I'll pick up the last couple volumes one day.

Many thanks to Kate for participating. Remember to stop by on the 15th for the next installment of Comics Shelfie.
Posted by Zainab at 01:53