Ernest and Celestine: the making of

Benjamin Renner, director of the Osacr-nominated Ernest and Celestine, an animated film based on  Belgian artist and author Gabrielle Vincent's books, has started a blog about how the feature came about and his involvement in it. I know what you're thinking: process blogs- dime a dozen now-a-days, some good, some not so great, but trust me on this and go visit Renner's Tumblr now, where he's been uploading the most delightfully, funny comics, along with portions of his beautiful, simple animation. There's 3 installments so far: the first detailing how he came to be hired for the project, the second explaining who Gabrielle Vincent is, her work on Ernest and Clementine and beyond, and the third on finding the right kind of animation style that would befit Vincent's characters and the story- that final one carries some gorgeous looping gifs.

I've put some chunks of the first comic (which made me laugh out loud twice) below for you to see; Renner's depicted himself as the nervous-looking little pig as he arrives for his appointment with Mr Didier. 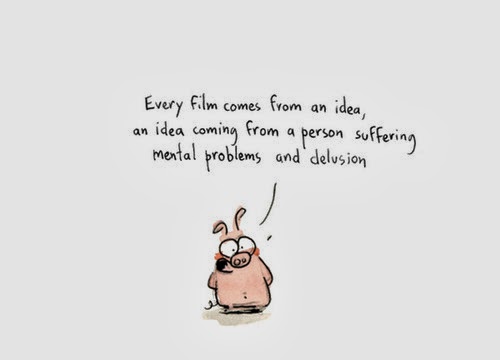 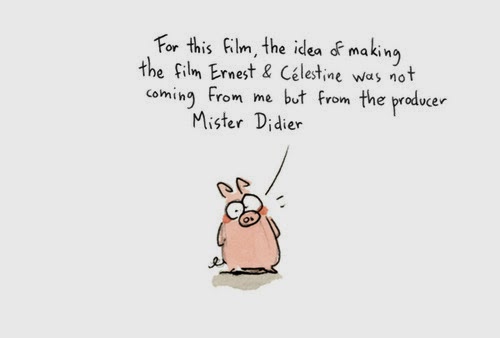 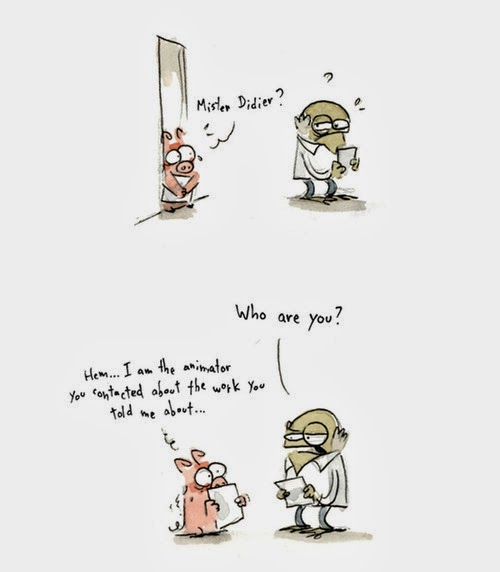 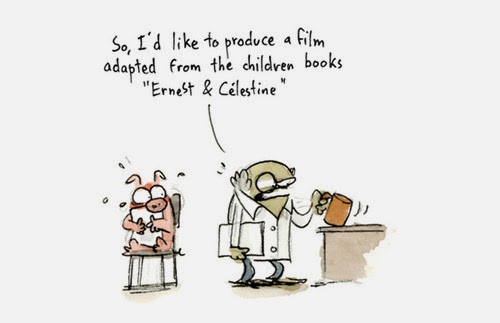 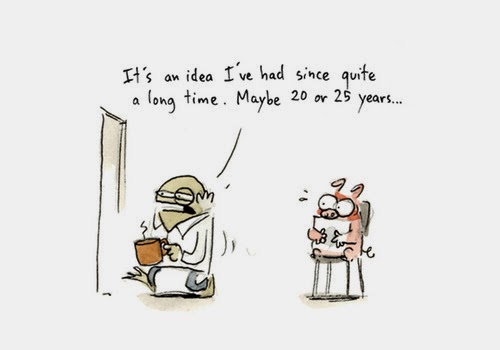 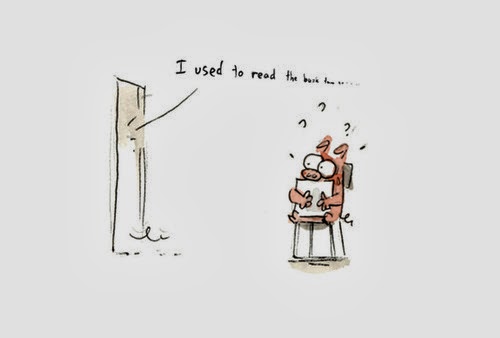 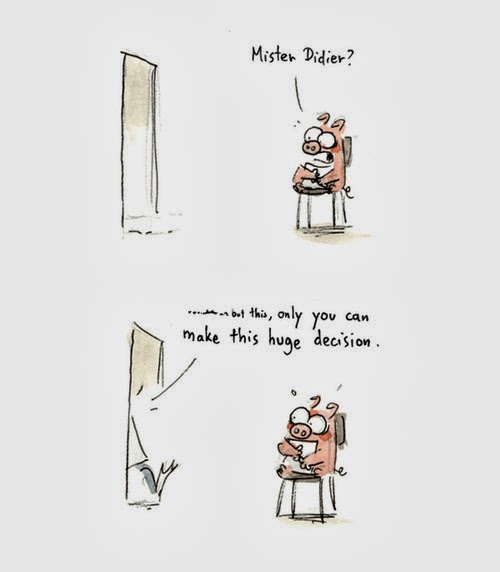 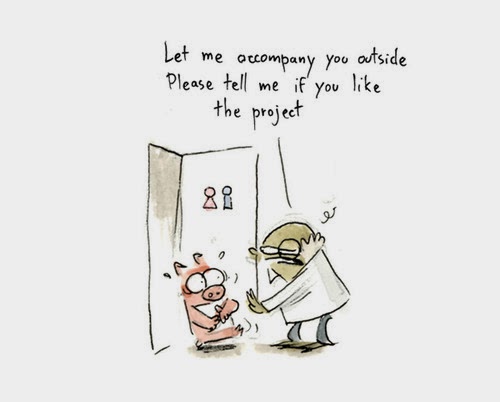 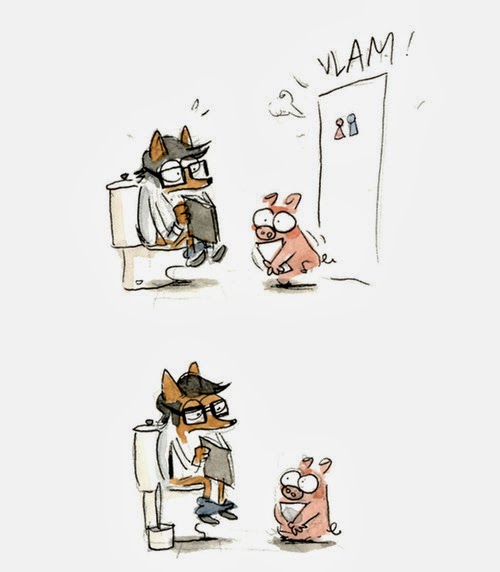 And his return (a snippet from comic no 3): 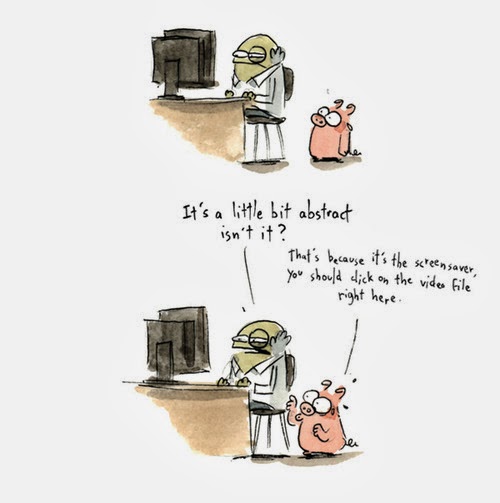 Here's some stills from the film itself- which follows the friendship between an orphaned mouse, Celestine and  Ernest the bear who become friends under unusual circumstances, though they find that people are not as accepting of their bond as they are of each other. The English language version of the movie premiered at the Sundance Film Festival last year, with the DVD now available to buy- I'll be picking this up, I think. 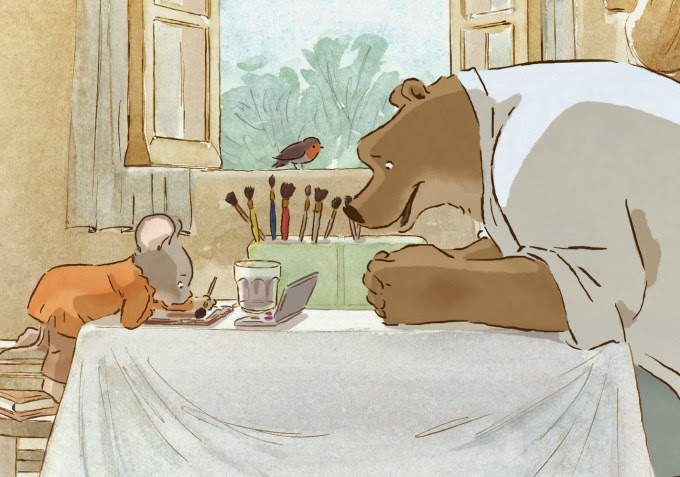 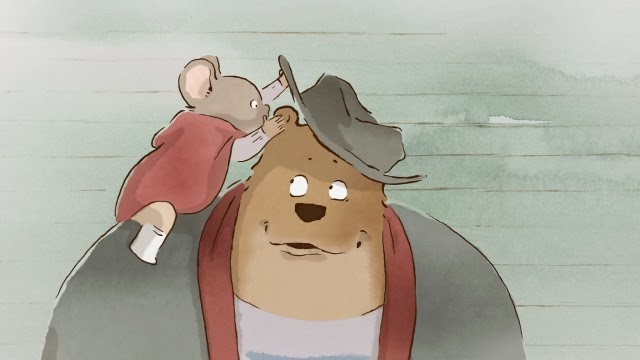 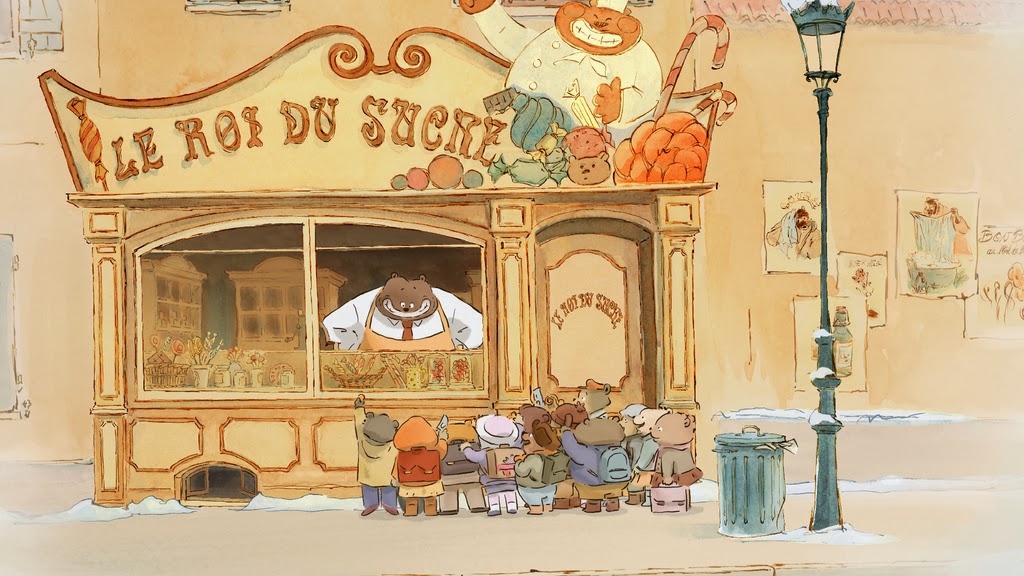 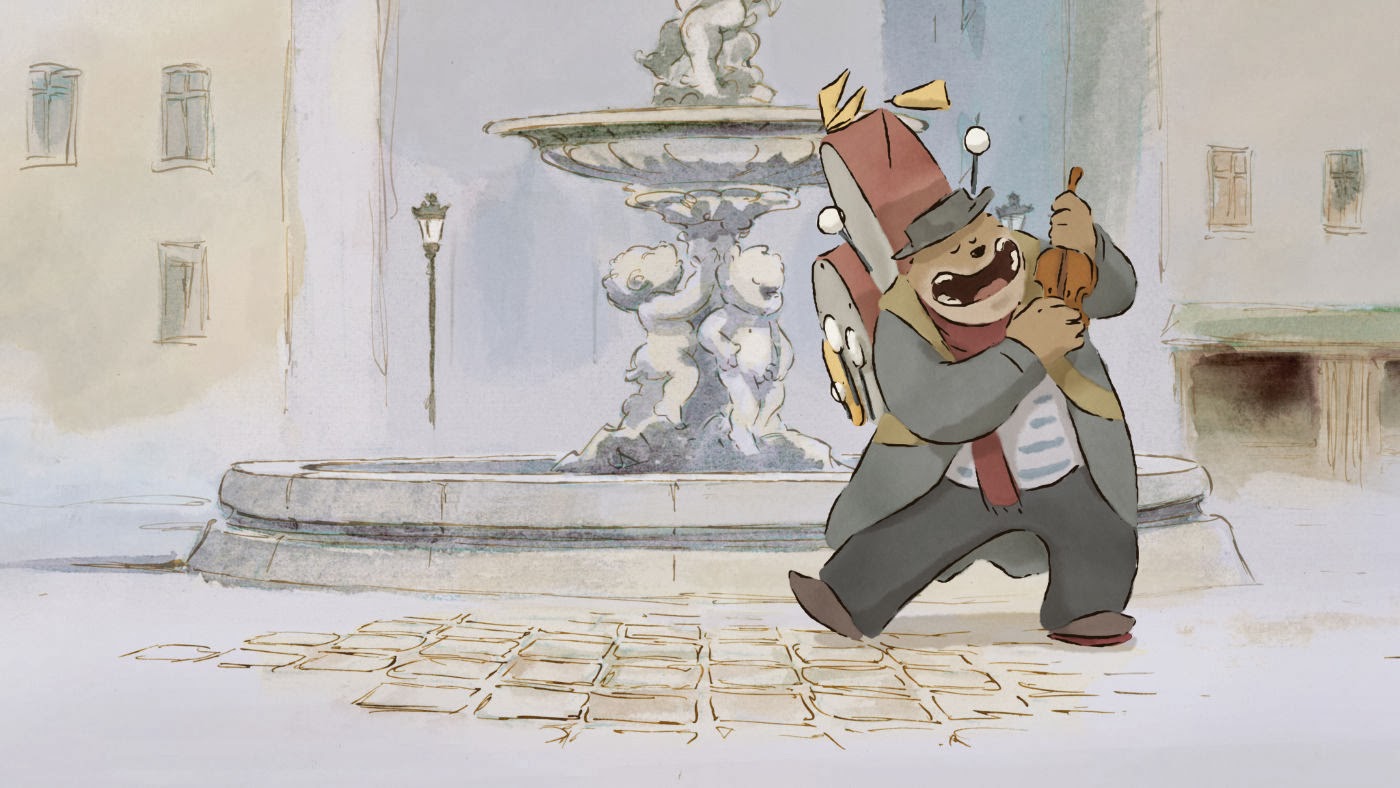