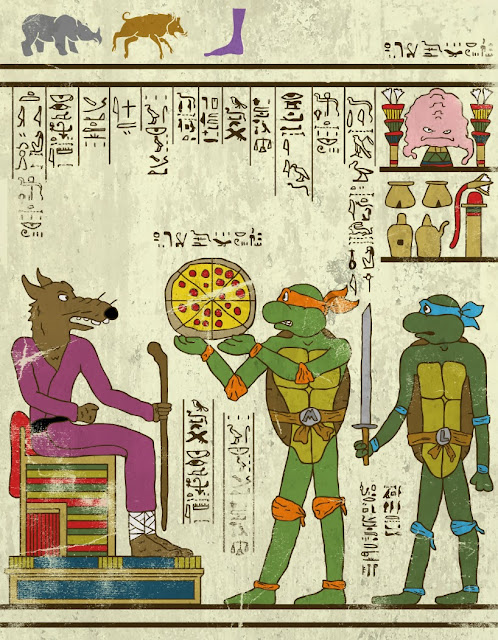 It's been a while since I've come across an interesting comic mash-up, and designer/illustrator Josh Lane has come up with an unusual and fun concept that also looks pretty good- incorporating comic and pop culture characters into ancient Egyptian hieroglyphic images. I like the amalgamation of the two 'languages' here -not only are they visually striking but the fit of comics and hieroglyphics as a form of sequential art is nicely used. I like the Power Rangers and TMNT ones best, but I'm guessing that would change entirely depending on your pop cultural leanings.

Here's Lane talking about his designs a little:

'The ancient Egyptians developed an elegant way to communicate their stories using minimalistic imagery and symbols. as a graphic designer and illustrator I try to do this same thing today. When I started the project I knew I wanted to mimic the same kind of poses that early Egyptians had established. I enjoyed placing these modern characters into the poses that fit the character best.

For example, I felt like Captain Kirk should be the one sitting on the ‘throne’ as if it were his captain's chair and that in the X-Men piece I would have Wolverine kneeling before the representation of the most powerful mutant entity, the Phoenix. I soon found myself telling stories with background details and symbols. in the end I wanted to create a series that people could instantly relate to and enjoy on a couple different levels: the pop culture and the art history.' 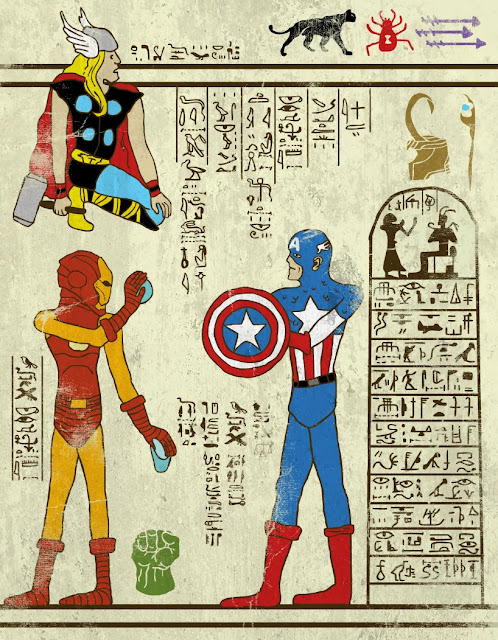 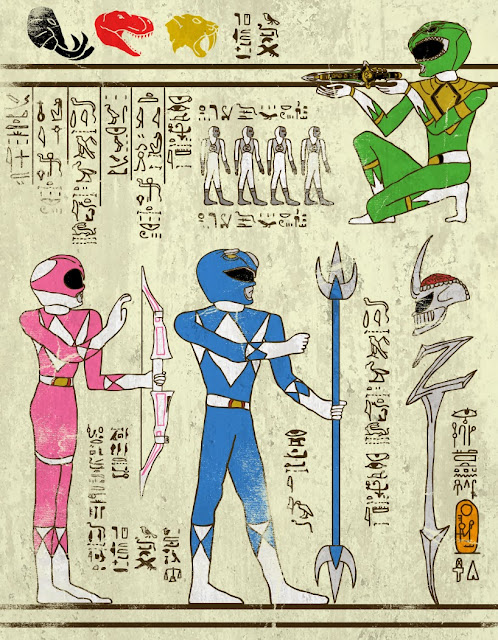 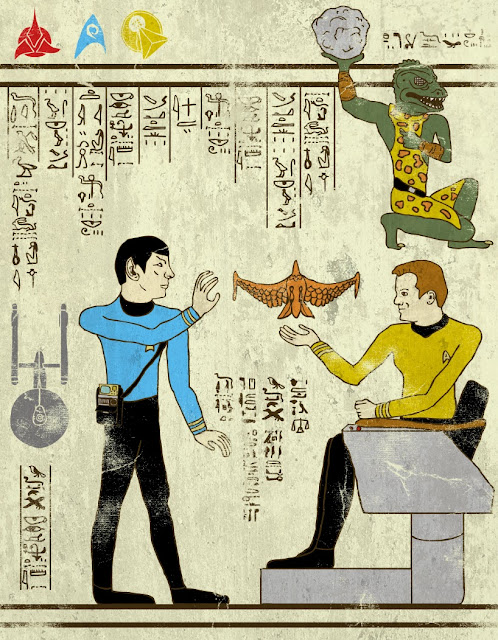 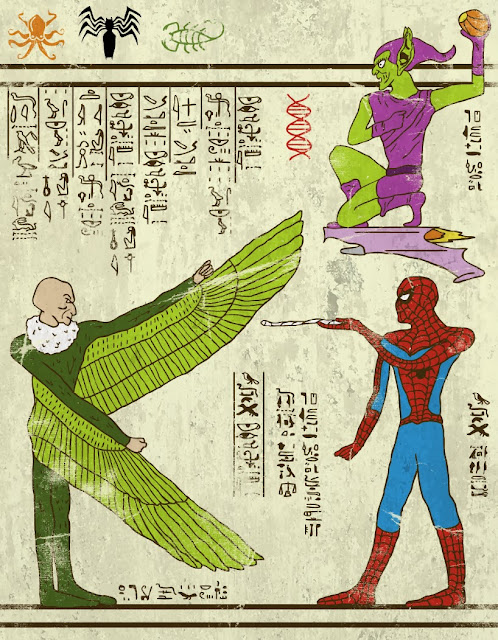 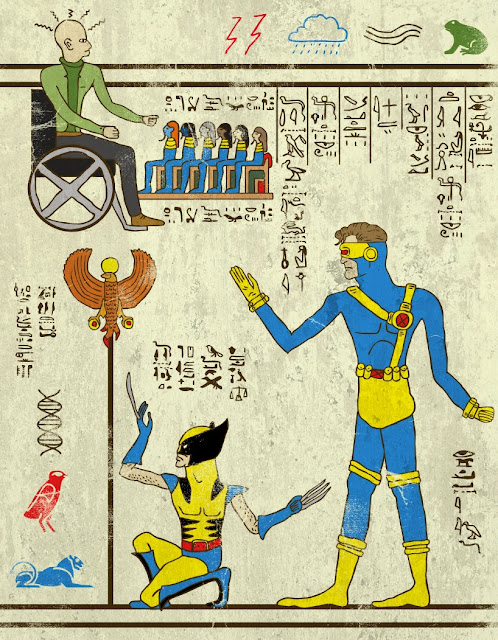