Viv Schwarz (Sleepwalkers, Welcome to my Awesome Robot) started posting these comics about her experiences with anxiety just before the Christmas holidays, and they're honestly superb. Part of what makes them so great is Scwarz's characterisation of 'her' persona and the anxiety persona (which is also ostensibly her, or an extension of herself); both the physical renderings of each, as well as the nuances and touches in their personalities- which again are similar- the latter is sort of a gremlin-version of the former. I love the details and movement's in Schwarz's cat: the tail, the ears, the fur all bristling and changing course and direction as the narrative plays out. Anxiety, on the other hand, is all drama, with full on sweeping robes and snide sarcasm. The gaping mouth may seem creepy to some, but coupled with the over-the-top theatrics and the overly-done 'i'm-so-scary' capitalised speech, it fits right in- looking rather like a head thrown back for full dramatic emphasis than anything else.

The humour in these comics is integral, these are uplifting comics- not wallowing, or studiously serious -as Schwarz herself firmly explains: she has a handle on her anxiety (largely), that these aren't sad comics, she's not after anybody's pity- and that's obvious in the tone, instead poking fun at both sides of the coin and simply making them very accessible, very, very funny and hugely enjoyable. Thank the beauty of creators and the internet that we get such stuff for free, carve out some time, and go read them all.

You can find her blog, and all the comics, here. She's also done a Q&A on her anxiety, which you can read. 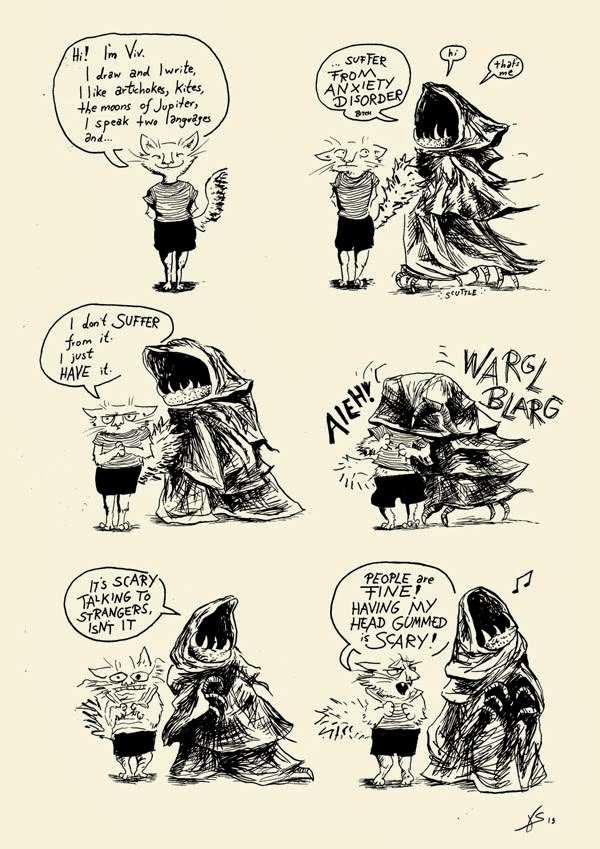 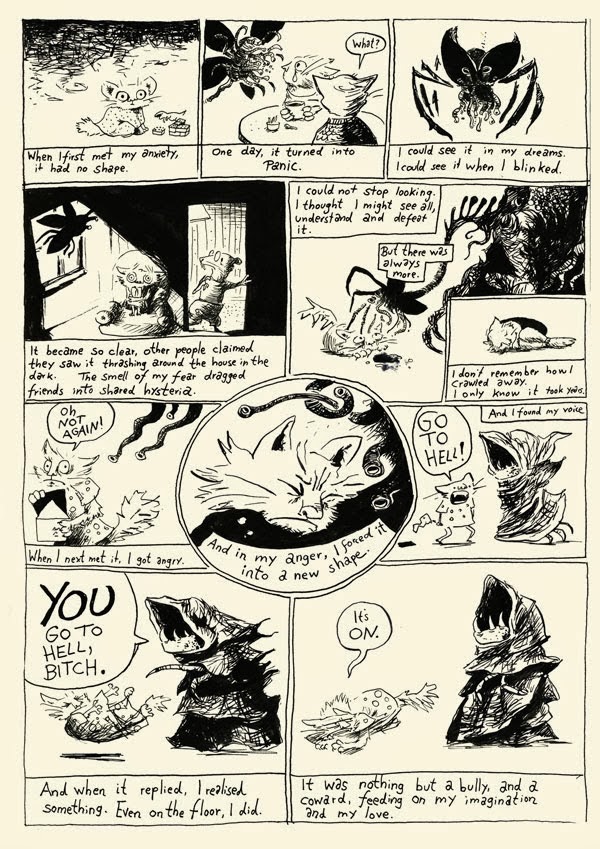 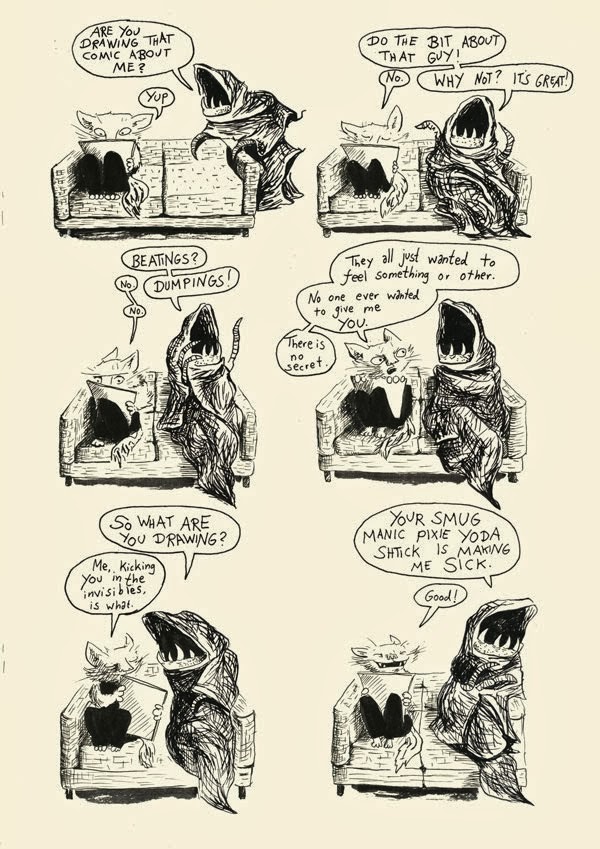