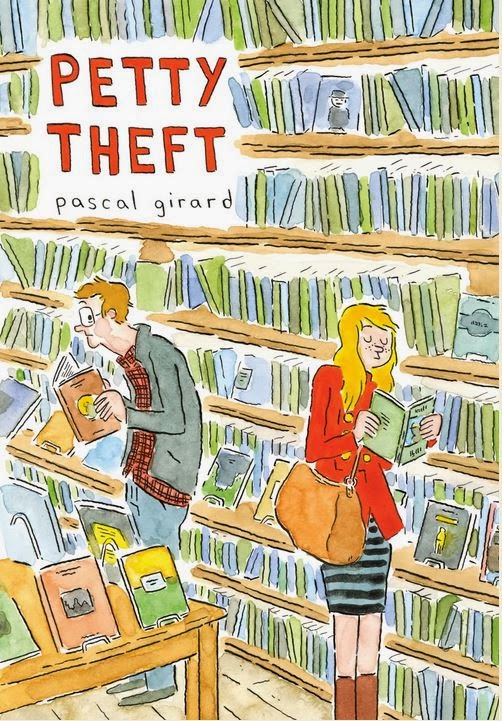 Drawn and Quarterly released their spring/summer book schedule last week, along with a bunch of previews, so I thought I'd regurgitate the ones that are of interest to me here. Comics journalism, everybody! But in seriousness, click through to that link- there's a bunch of gorgeous stuff coming out from them- Michael DeForge to kick off proceedings, a new Anna and Froga book, the third they've translated now, as well as the first translation of Anouk Ricard's comic book for adults, which I'll look at next week, so won't say anything further about now. There's also the matter of a new book from Pascal Girard (Reunion, Bigfoot), whose comedy of nervous manners I love. I especially like his line and illustration style- is there a word for the technique when you don't draw lines fully, leaving gaps in between, and making it look a bit tremulous? It's very fine and reminds me of  novel illustrations like Martine Blanc's for Helen Cresswell's Bagthorpes, for example, always full of character, and the lines themselves transmuting personality and humour.

Anyway, here's D&Q's Julia Pohl Miranda to tell you more about the new book, titled Petty Theft, followed by a preview of the first 6 pages:

'Petty Theft is another hilarious, very fictionalized memoir from Pascal Girard (Reunion, Bigfoot, and Nicolas). The premise is this: Pascal has just broken up with his girlfriend of nine years, he's staying in a friend's spare room, and running to ease his frazzled nerves. When he injures his back, precluding any running for months, Pascal throws himself into his other pleasure: reading. While at the bookstore one day, he spies a young woman picking up his own book - when she darts out of the shop without paying, he decides that it's time for a little detective work.

What follows is a a laugh-out-loud (I fully did!) account of a man on a mission, and a charming comedy of errors.'

Petty Theft will be in stores May 27th. 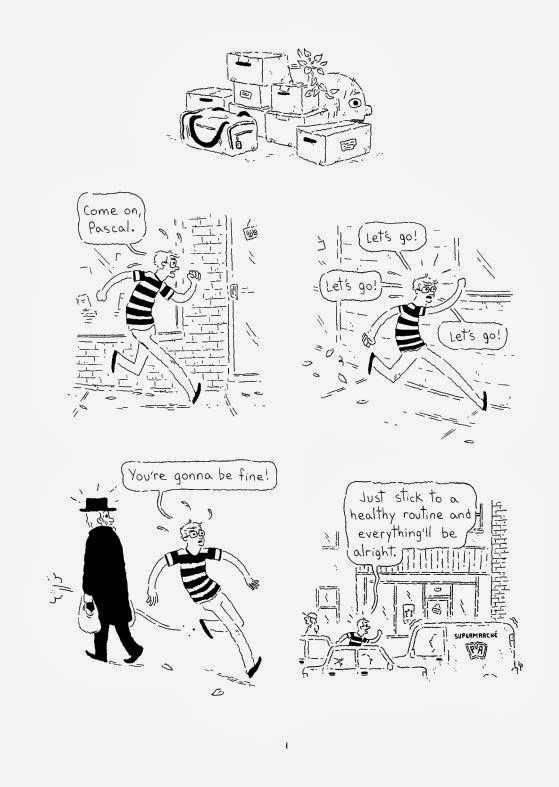 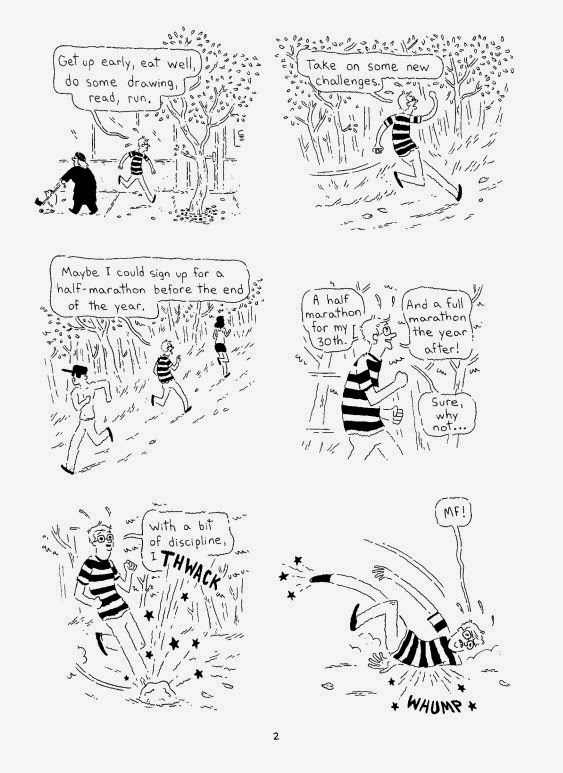 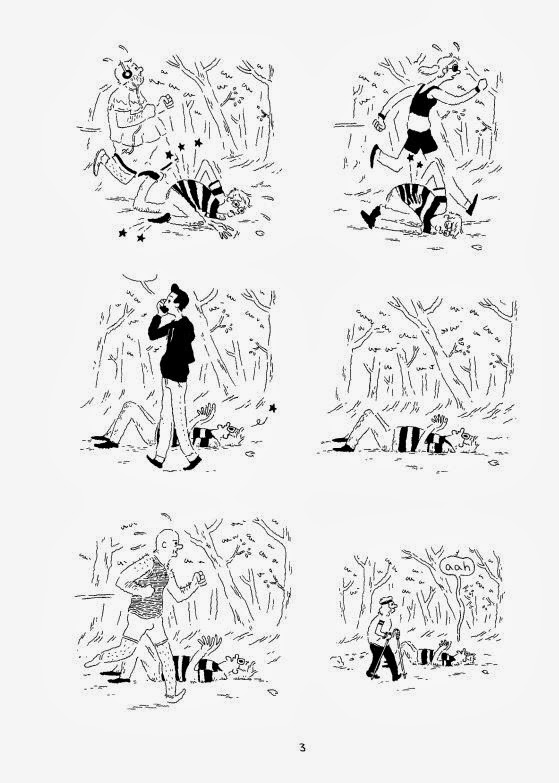 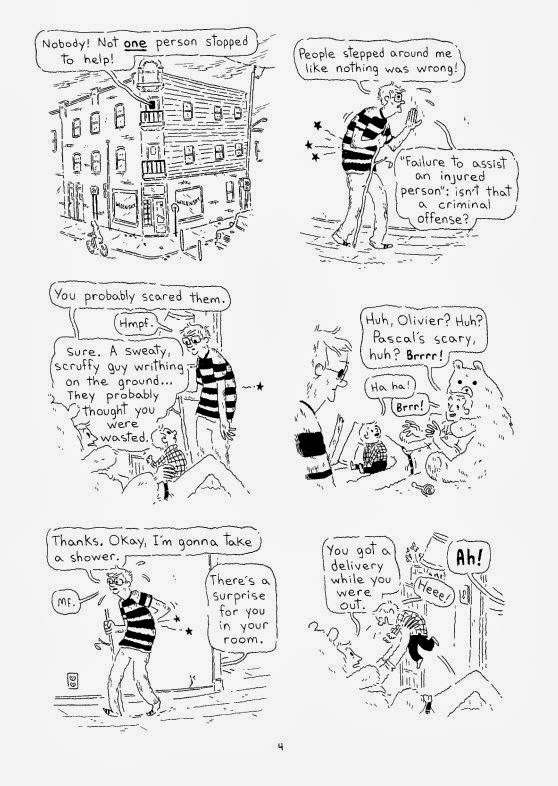 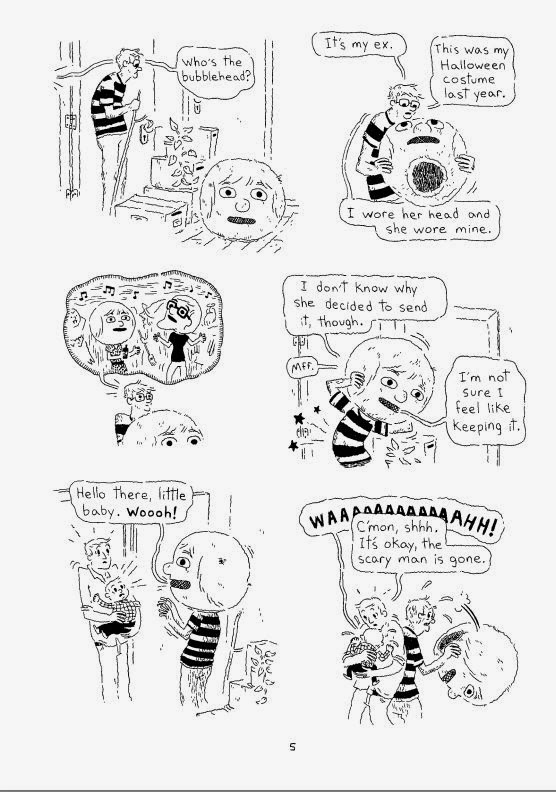 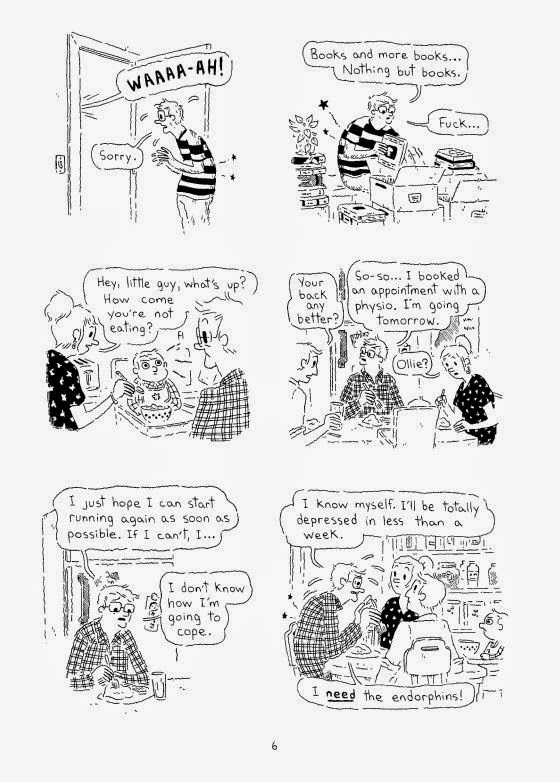