Uncivilized Books have released their spring line up of books: 3 titles- from Iranian editorial cartoonist, Mana Neyestani, the previously announced Sam Alden , It Never Happened Again, which will print Alden's Hawaii 1999 and a new, previously unseen story, Anime. A new collection from Gabrielle Bell, whose Voyeurs Uncivilized published in 2012, rounds up the season. That's a pretty solid catalogue: Bell is relatively established, Alden's book marks his first 'major' publication and the Neyestani offers an intriguing subject matter. No news yet on the highly anticipated Pascin biography from Joann Sfar, which I believe has been pushed back a couple of times now, but is likely to do well whenever it releases.

Below you'll find the cover image and short synopsis for each book. You can visit the Uncivilized Books website here. 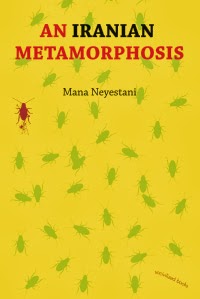 An Iranian Metamorphosis by Mana Neyestani
(May 2014)


'Can a cartoon cause riots? It seems unbelievable but for Mana Neyestani it's true. One of his cartoons sparked riots, shuttered the newspaper Neyestani worked for, and landed the cartoonist his editor in solitary confinement inside of Iran's notorious prison system. Mana Neyestani story, which can only be described as Kafkaesque, is vividly brought to life in An Iranian Metamorphosis.' 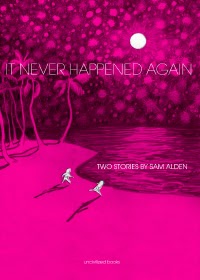 
'Two exquisite stories drawn in Sam Alden's signature, flowing, and lush pencil style. In “Hawaii 1997,” few words are spoken, but Aldens imagery evokes the magic of a night-time encounter at a Hawaiian resort. In “Anime” he explores the complicated dynamics of pop culture obsession.' 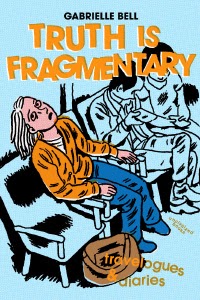 Truth is Fragmentary by Gabrielle Bell
(May 2014)