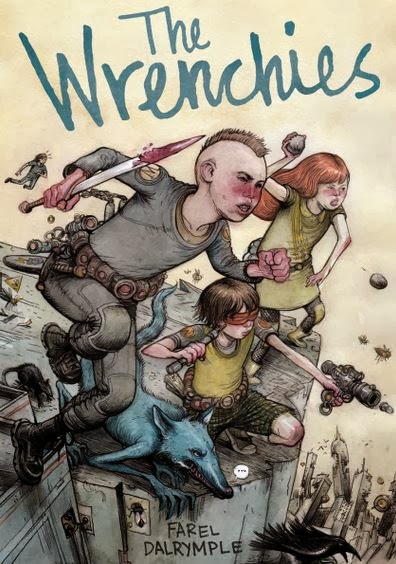 The LA Times' Hero Complex column has a first look at Farel Dalrymple's upcoming book with First Second, The Wrenchies, due this autumn. There's also a very interesting interview with Dalrymple where he talks about the progress and process of the 300-page book which is well worth a read. The Wrenchies, which has been over 5 years in the making (Dalrymple began work on it in 2008), is set in the same post-apocalyptic world of It Will All Hurt, Dalrymple's, strange, surreal sci-fi comic, currently being serialsed online at Study Group Comics. The Wrenchies sees a group of teens and kids on that planet, fighting off numerous beasts, demons, zombies and the eerily named 'shadowsmen' for survival. In addition, Dalrymple promises time-travel, magic and a share of graphic violence:

'My main intention when making this was to have a literary work that would appeal to someone who likes more existential and metaphysical fiction.When someone writes a similar themed prose book it seems easier to categorize it being for an adult. Because I choose to work in comics I think most of the time there is this automatic assumption that you should expect children to enjoy it. I understand that, but there is some stuff in there that just isn’t appropriate for really young readers. If you object to a lot of swearing and violence and drug use in your stories then you probably won’t like it. I mean, I haven’t showed it to my mom yet. Most of my work until “The Wrenchies” has been weird but still kid-friendly and all-ages. With this book I was deliberately trying to make it more intense and horrific. I didn’t want anything exploitative or sexy in there, but I wanted the world to feel edgy and scary like a lot of real-life, grown-up situations feel to me.

The idea for “The Wrenchies” came from a 15-page story I did for the “Meathaus S.O.S.” anthology about two brothers who go into an evil elf cave.'

I really love Dalrymple's art; it has a very otherly, melancholy quality to it that sets it apart, and this sounds pretty different from a lot of what's on offer at the moment. If you've not come across his work before, I'd very much recommend Delusional as a good entry-point; a great collection of his art and comics released by AdHouse Books last year. 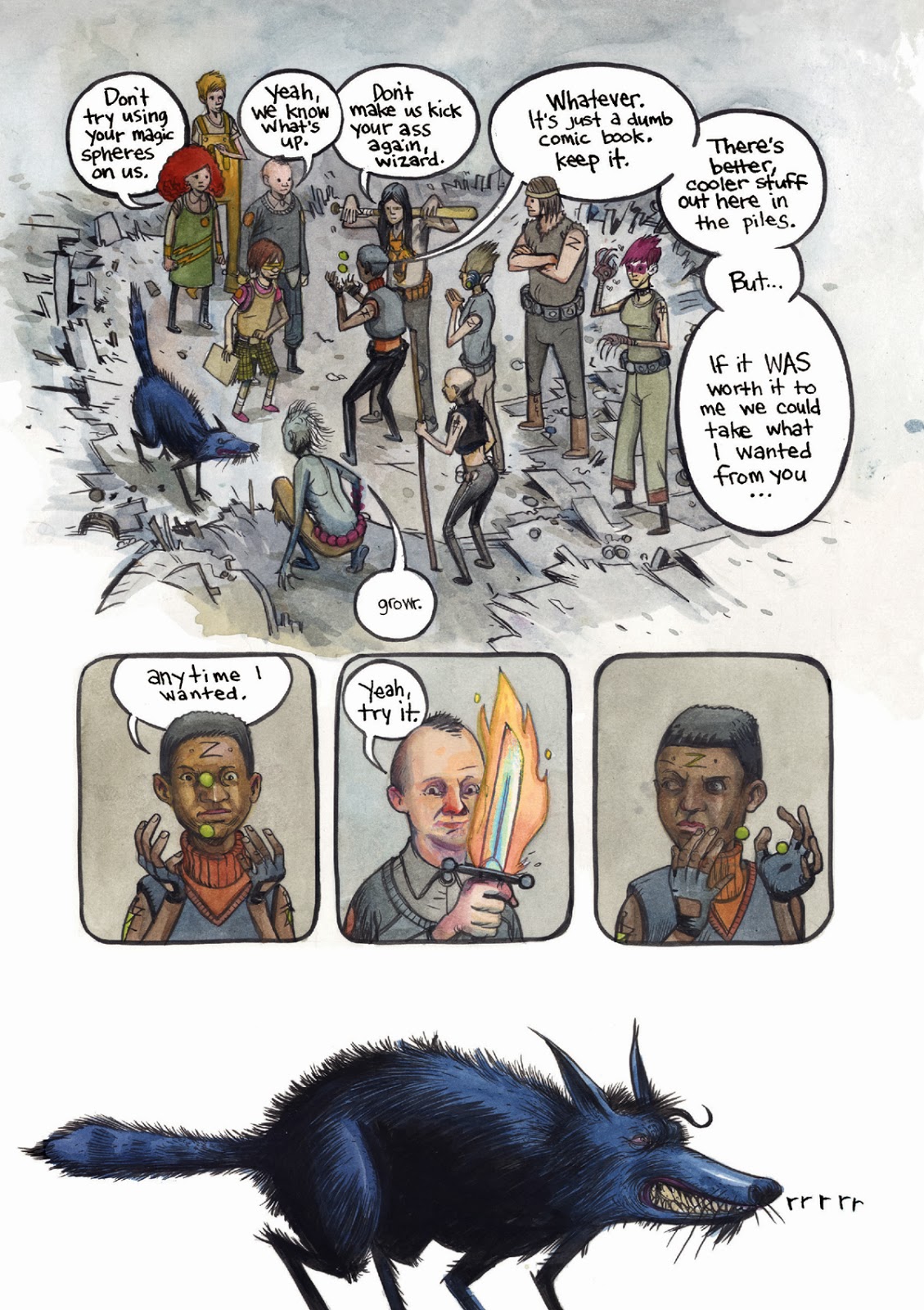 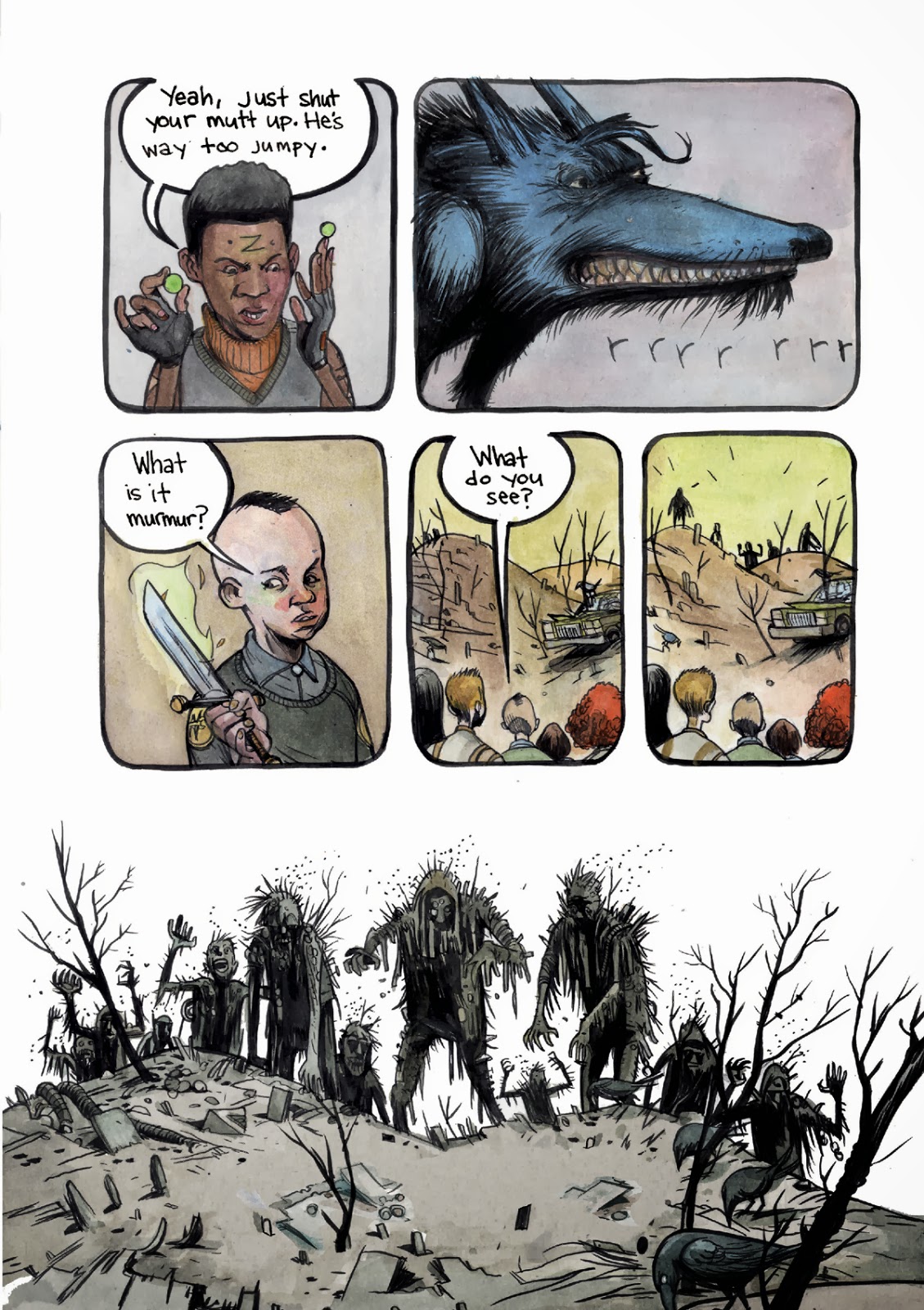 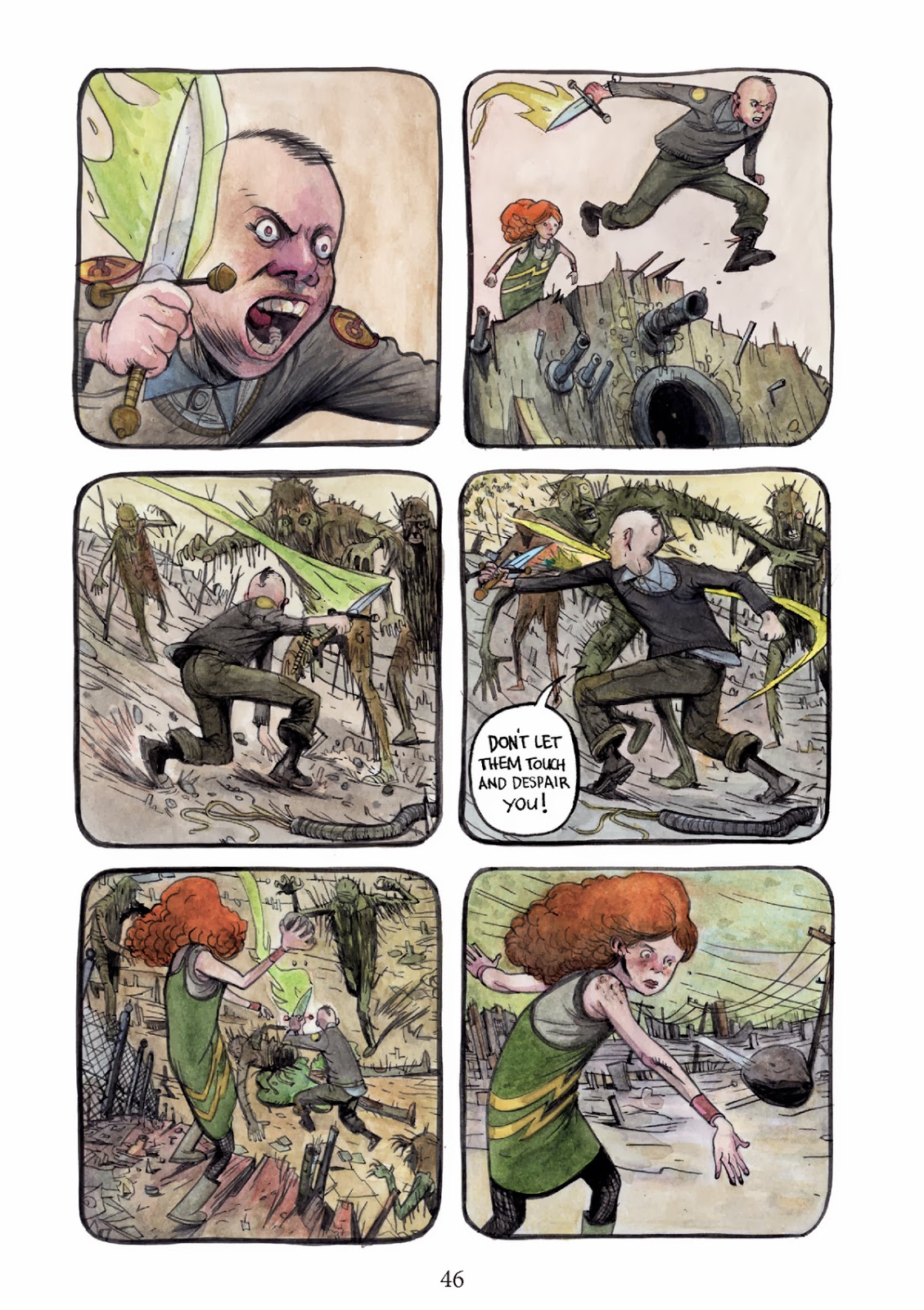 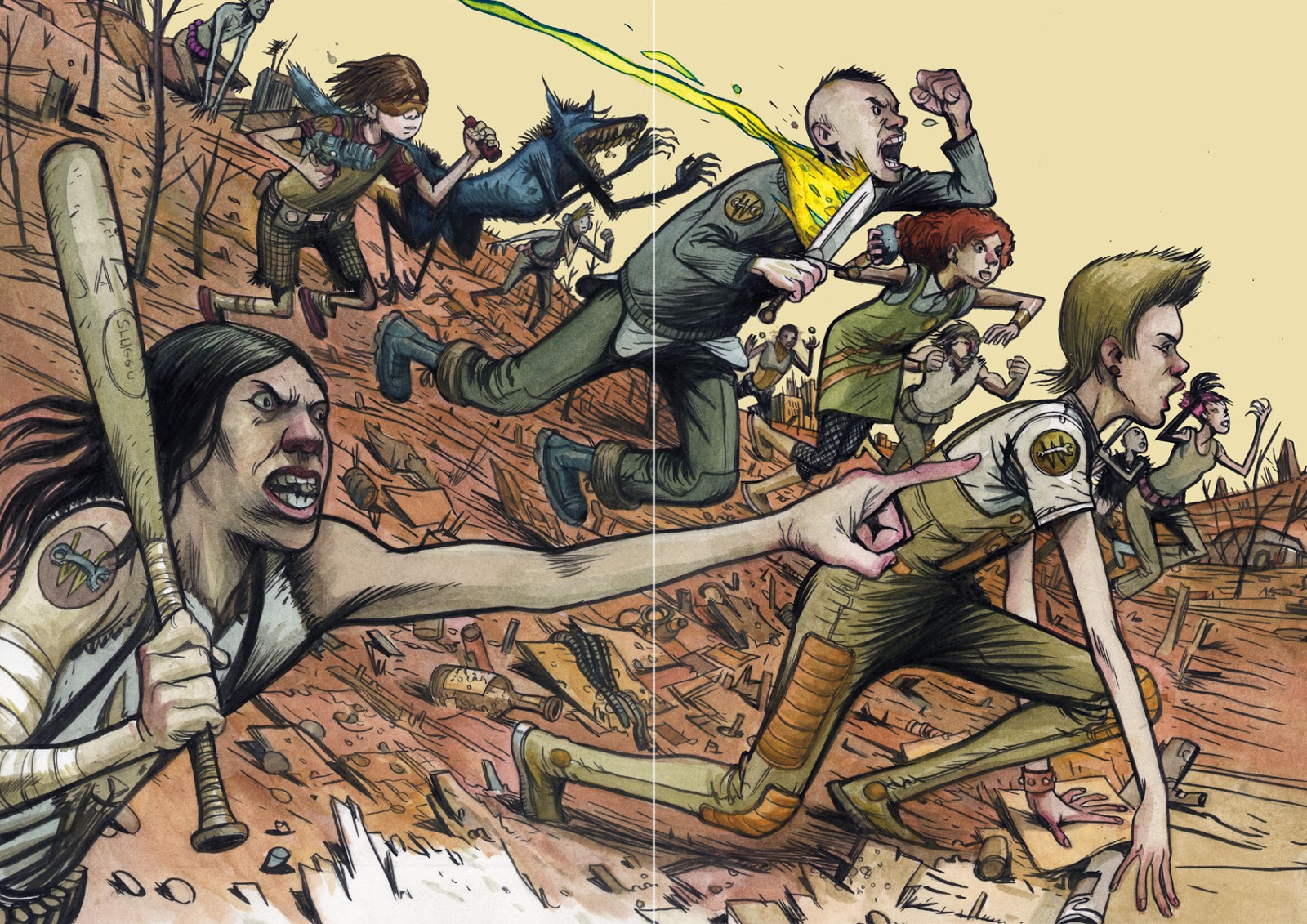