Yesterday in the shop, we got the new biography of Vincent Van Gogh in (which focuses on his stay in Provence, and looks utterly gorgeous, by the way), written and illustrated by Barbara Stok, and published by Self Made Hero. It got me thinking how the comics biography has gone from strength to strength in recent years, from books on Richard Feynman, 2 books on the Beatles (Baby's in Black and The Fifth Beatle) Box Brown's upcoming Andre the Giant, Primates- a joint recollection of the work of Jane Goodall, Dian Fossey, and Biruté Galdikas, and a lot more. I'm of the belief that the reason for this popularity is that non-fiction and biography in particular, is more easily salable to non-comics readers, and even booksellers, in that the point of interest is very easily defined.

If you've been reading this blog over the last year (haha!) you'll know I've been following the progress of Sonny Liew's biography of Singaporean comics pioneer, Charlie Chan Hock Chye:

'With a career spanning more than five decades, from pre-independent Singapore through its three Prime Ministers, Chan’s work reflects the changing political and economic environment in Singapore. Containing Chan’s original illustrations, painting and sketches, this is a groundbreaking work and labour of love aimed at recapturing the portrait of an artist.'

Liew began producing the book when Singaporean publishers, Epigram Books introduced their new comics line with the simultaneous release of 4 titles: Ten Sticks and One Rice, Scengapore, Monsters, Miracles and Mayonnaise and The Girl Under the Bed. The venture has been pretty successful, with the books critically well-received in addition to Drewscape's Monsters gaining an Eisner nomination, and Ten Sticks winning the bronze International Manga award.

Liew's book, The Art of Charlie Chan Hock Chye, is due for publication later this year, and the more I see of it, the more it looks like it's going to be his magnum opus. He's taken a multi-layered approach to the text, rather like The Photographer, not only telling Hock Chye's life story in comic form, but incorporating pages of the comics he produced into the narrative, along with photographs, as well as switching between a mixture of art styles. Liew's posted another updated, extensive preview at his blog, which you should really go check out, although I couldn't resist posting some of the pages here- they look so good. There's more beneath the cut. 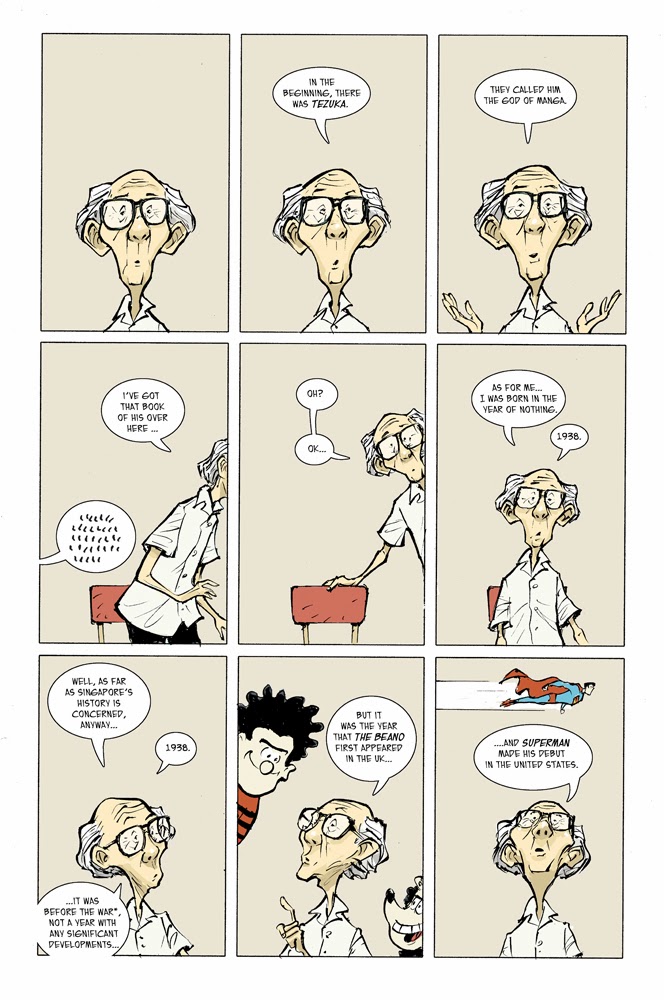 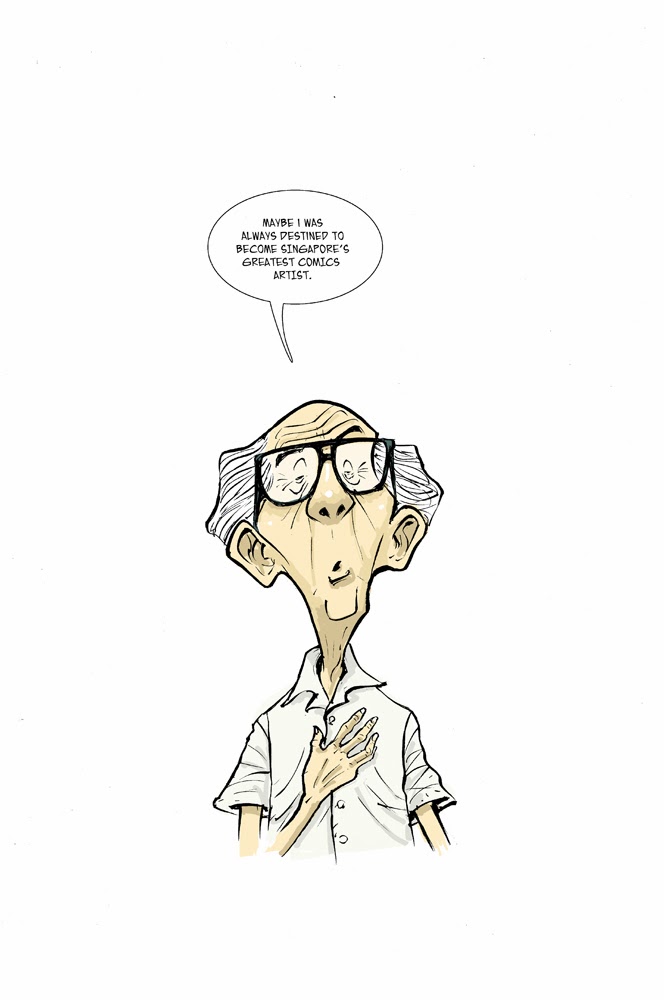 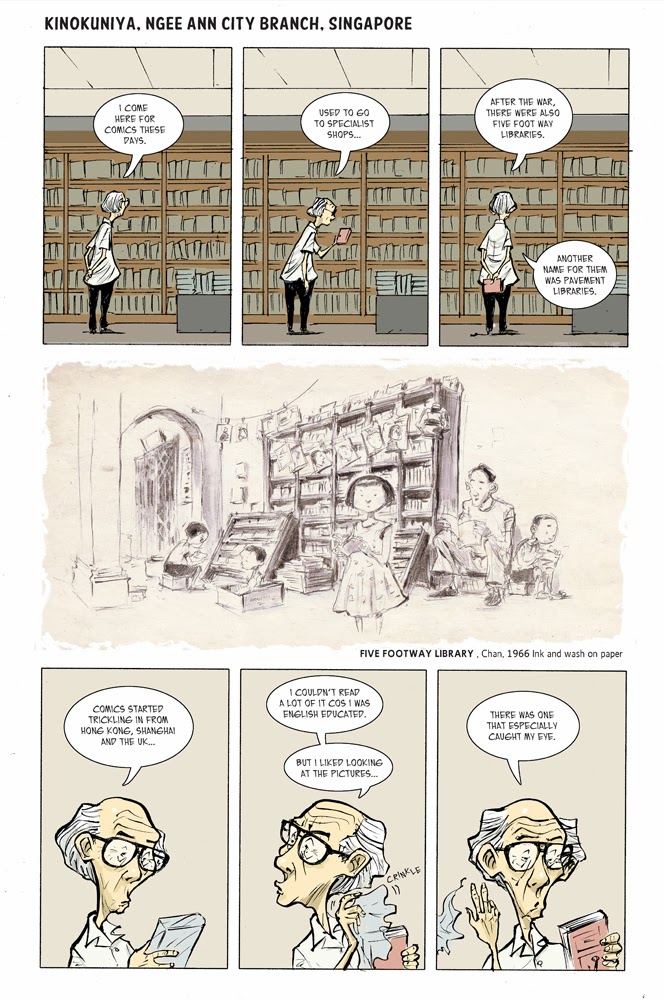 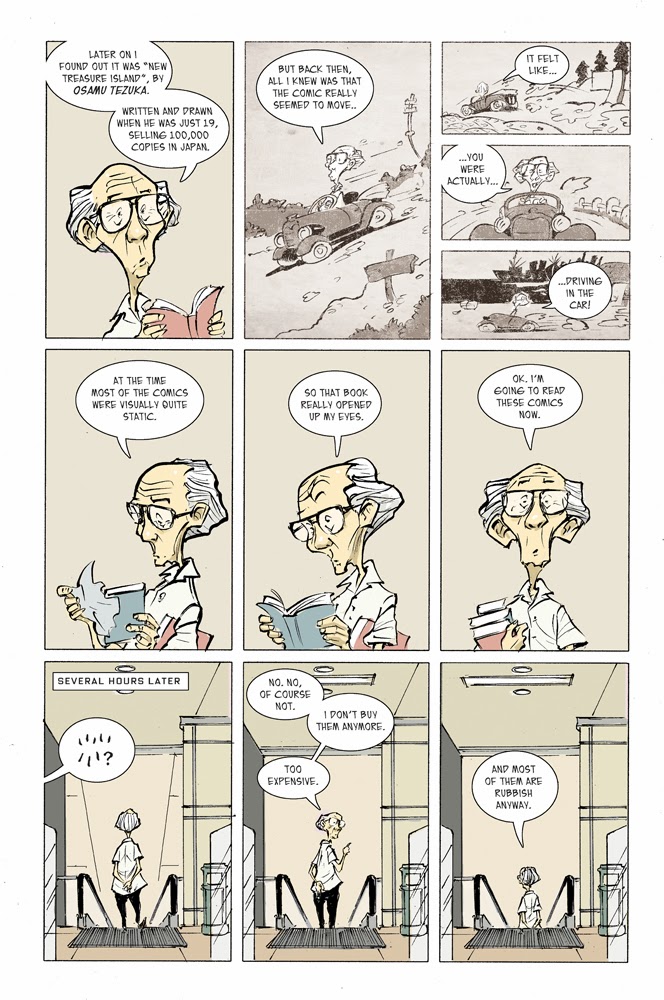 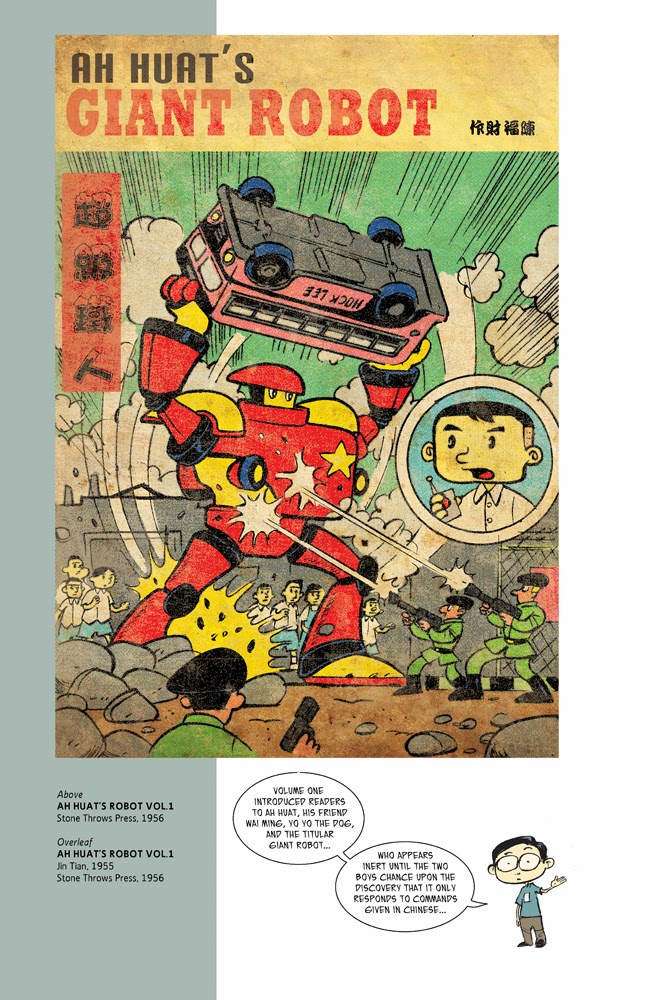 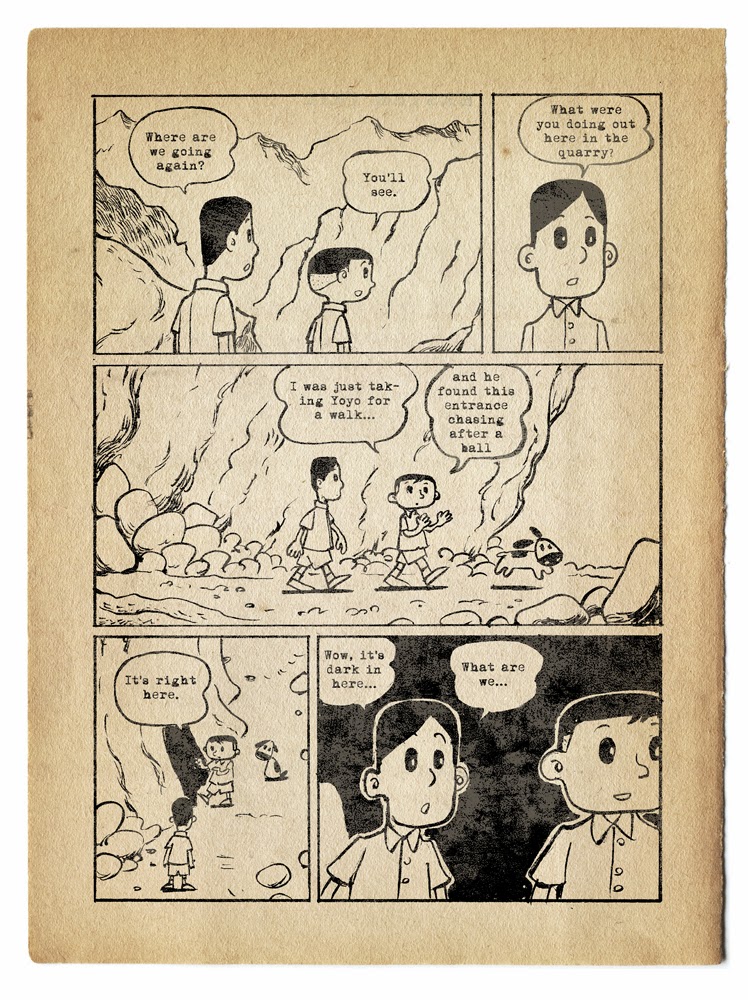 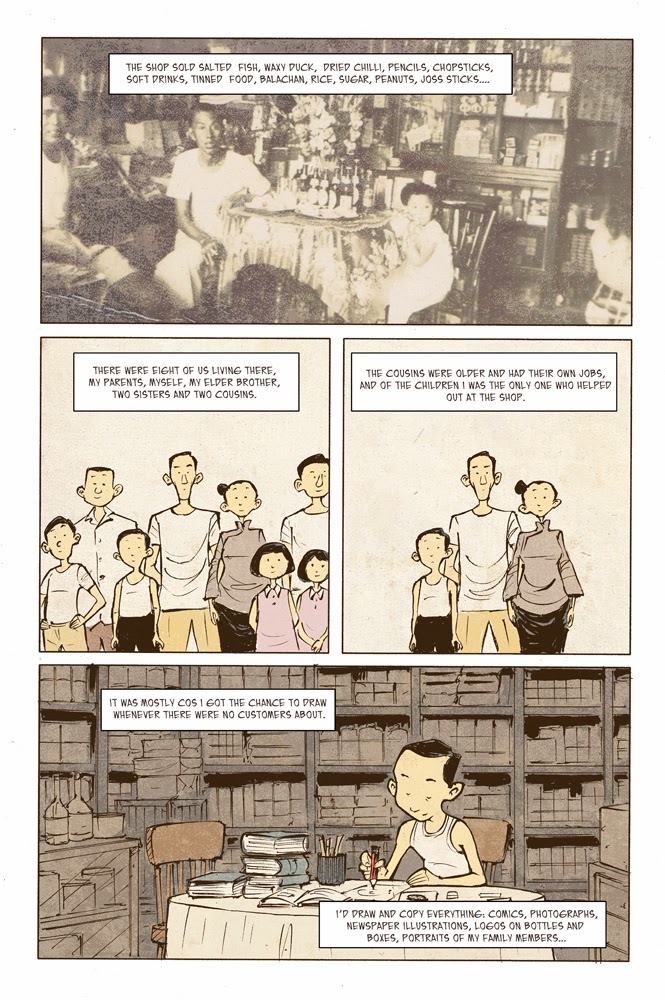 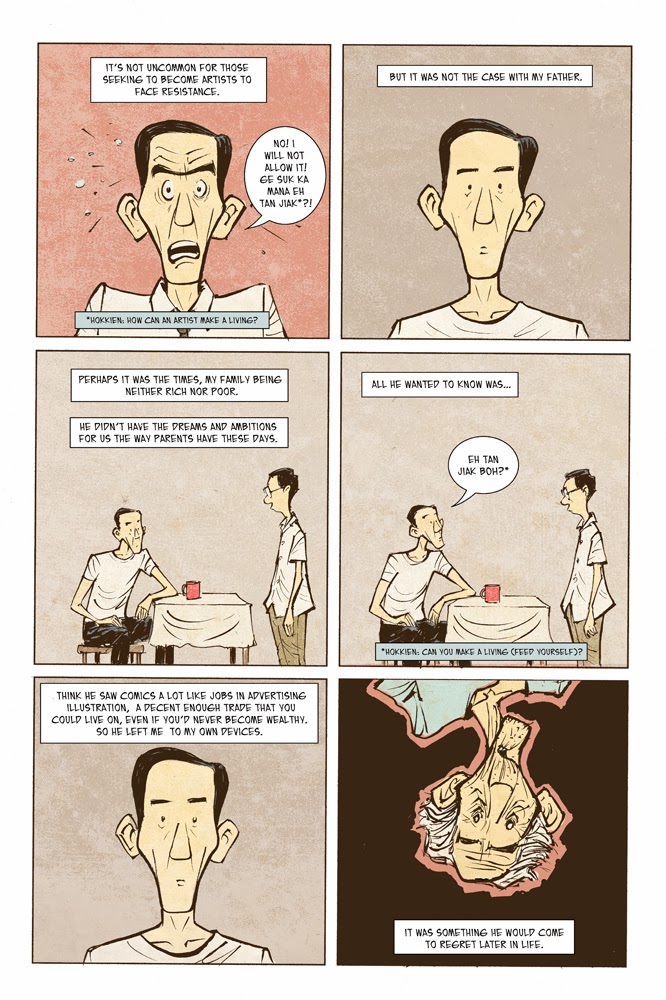 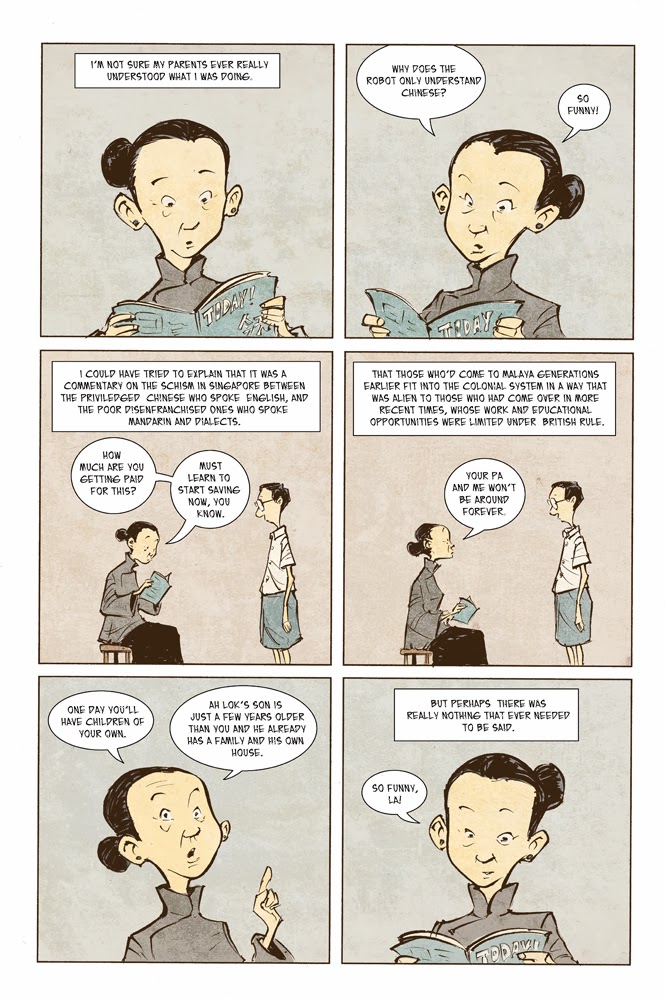 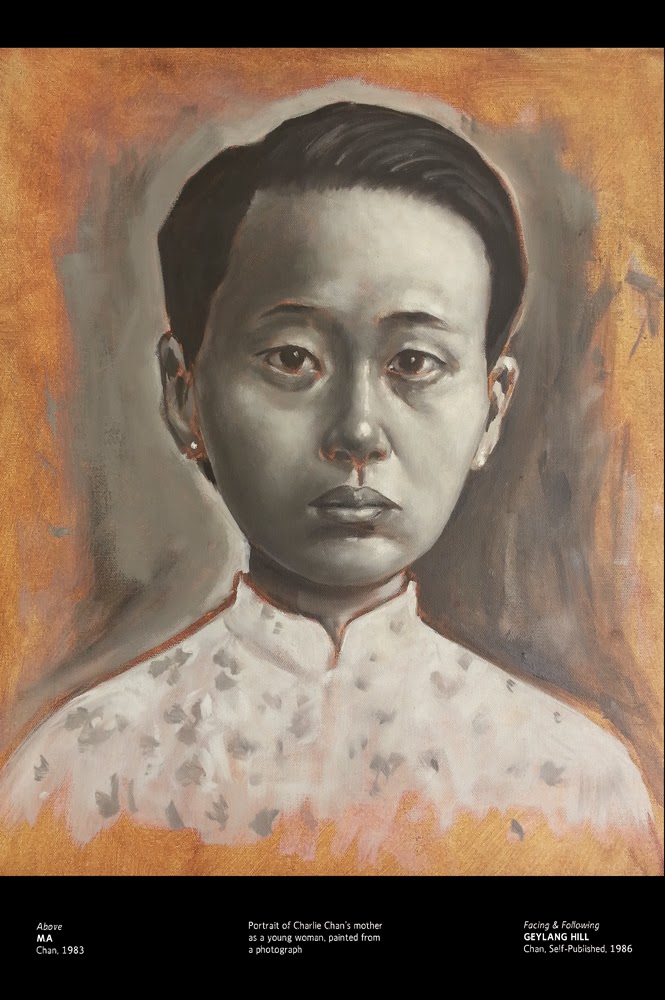